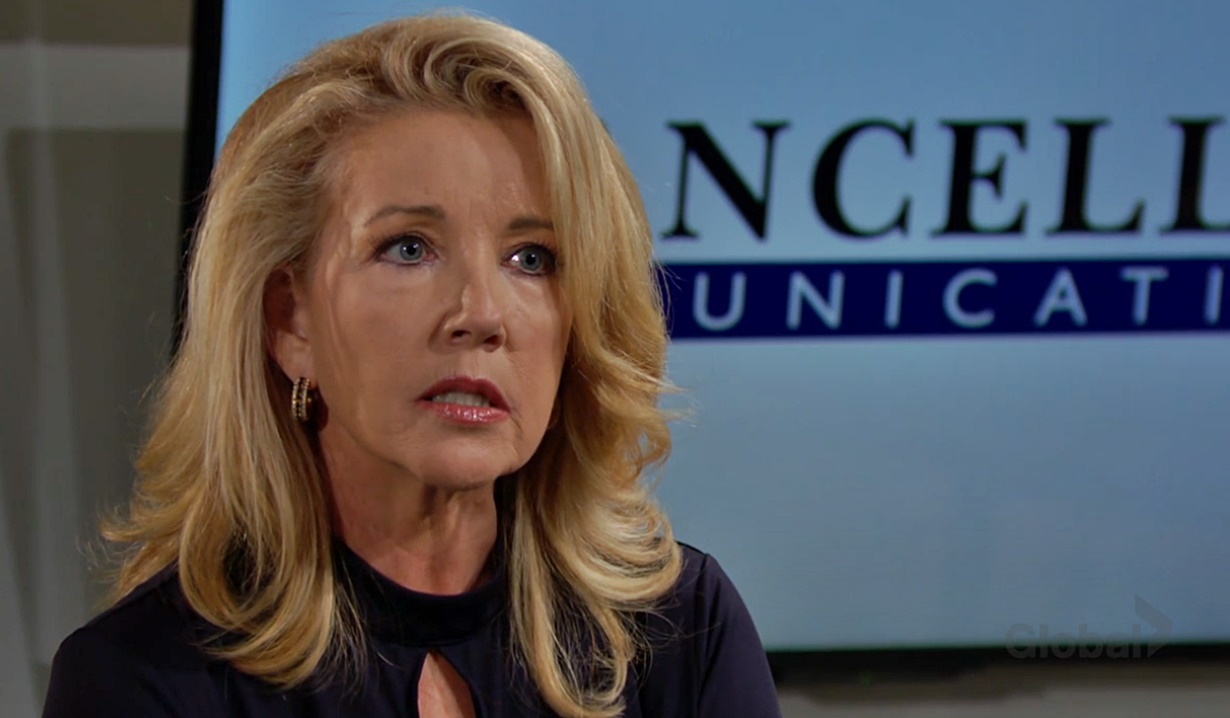 At home, Chelsea and Adam discuss how much they’ll miss Connor before talk turns to Billy. Adam know he’s out for blood – he’s bought some time but will have to come up with another plan to derail them. He gets a text from Chance to meet.

At Crimson Lights, Faith and Mariah discuss Sharon getting ready for surgery. Faith reads up on Sharon’s surgery and Mariah tells her she’s an incredible daughter, then opens up about Sharon snapping at her – they both felt awful. Mariah feels it’s important to be patient and understanding with each other right now. 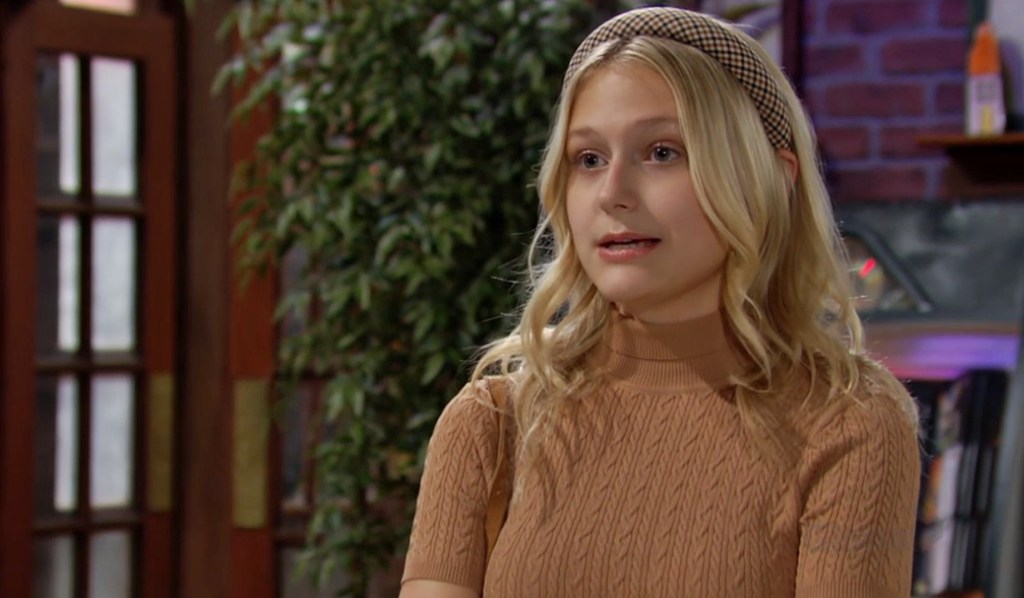 At home, Rey’s sweet and caring as Sharon plans ahead for her surgery. Talk turns to Sharon pacing at night and snapping at Mariah. Rey advises she go easy on herself. He leaves to shop for her list. Later, Sharon feels badly about the way she’s treated him. He reminds her not to beat herself up. Talk turns to Rey wanting to flip houses together when he retires. Sharon thinks they make a great team.

Nikki enters Victoria’s office as she’s on the phone with Billy saying, “We’re not taking the high road, this day of reckoning has been a long time coming.” Nikki asks, “What was that about?” She pushes to find out who they’re targeting. Victoria admits it’s her richly deserving younger brother. Nikki gasps, “You’re going after Adam again?” She’s concerned this will blow back on Victor and demands to know what Victoria’s planning. Victoria walks out.

At Society, Abby learns Chance is meeting with Adam. She’s decided to approach Victoria to find out what she knows. He prefers her to stay out of it and laments he’s been stalling on Paul’s job offer because of the situation. Adam appears. He sits with Chance and assures him he didn’t harm Alyssa in any way. Chance knows; he had an agent track her down. Victoria watches them, unseen, as Adam reveals Alyssa’s in Arizona – he planted the bogus lead that sent her there through his fixer, Bobby. Adam explains by the time Alyssa heads to Vegas, the missing man’s widow will have become unavailable. Vikki enters and Abby stops her to ask why she brought up Vegas and Adam to Chance. “Why keep rattling Adam’s cage?” Victoria can’t fathom why Abby’s advocating for him – unless Chance put her up to it. Abby’s insulted. Victoria’s sorry, but Adam has to pay the consequences. Abby warns of the people who could be collateral damage. Afterward, Chelsea appears. Victoria advises her it’s best not to have Connor anywhere near Adam. Nearby, Chance warns Adam if anything happens to Alyssa he’ll come forward with everything. Chelsea and Adam exit, leaving Victoria and Chance to spar verbally. She informs him he won’t want any part of what’s coming. Later, Abby and Chance compare notes. She’s sorry her sister’s obsession is impacting his life. Chance had nothing to lose when he covered for Adam in Vegas, but has since decided he likes the idea of settling down and having kids. Abby’s stunned. 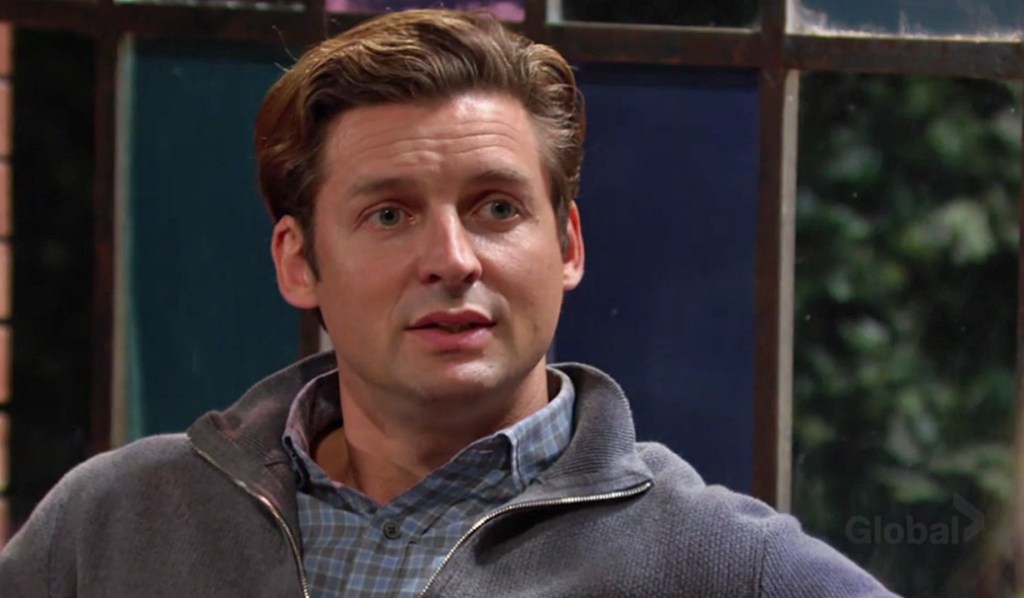 At Chance Comm, Nikki makes small talk with Lily before steering the conversation to Billy and Victoria’s new project. Lily’s been out of town and supposes she has some catching up to do. Nikki knows very little but is concerned. She asks how bad Lily believes the fallout will be. Lily won’t reveal proprietary information. Nikki argues it’s not about business, it’s about Billy’s hatred – she can’t understand a principled woman like Lily being party to it. Nikki knows Adam’s the target and Billy would relish the opportunity to target Victor. Lily’s silence tells her what she needs to know. Nikki reminds her of Neil’s connection to the family and suggests she stop it. Lily doesn’t need guidance on how to run her company. Nikki vows if she allows this, Victor will strike back and ground Chancellor Communications into the dust. Later, Lily calls Billy – they need to have a serious conversation. 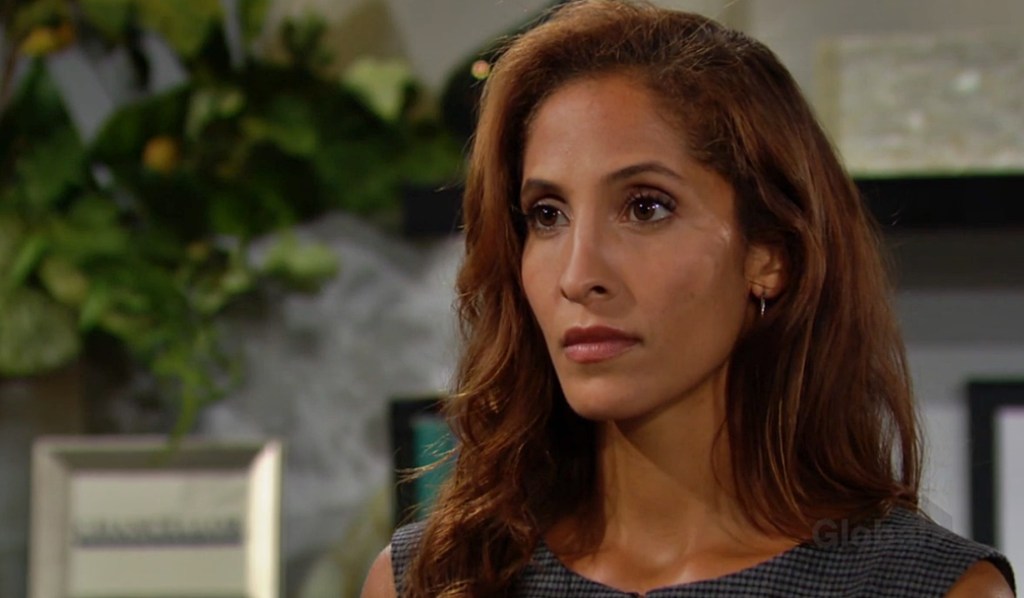 At Sharon’s, Rey smiles watching Sharon banter with Faith. Mariah emerges from the kitchen and he assures her they worked things out since Sharon removed the biggest source of negative energy from her life – Adam.

At the penthouse, Chelsea fumes that Victoria made it clear she wants Adam to crash and burn and will take everyone he loves down with him. Adam feels it may be time to make the call he did not want to make…

Next on The Young and the Restless Phyllis helps Amanda connect the dots.

Check out fun photos of Nikki and Sharon’s rivarly over the years in the gallery below. Get your free daily soap-opera fix for Young and Restless — and all of the other daytime dramas — delivered straight to your email inbox by signing up for Soaps.com’s newsletter.

Chelsea Threatens Billy After He...