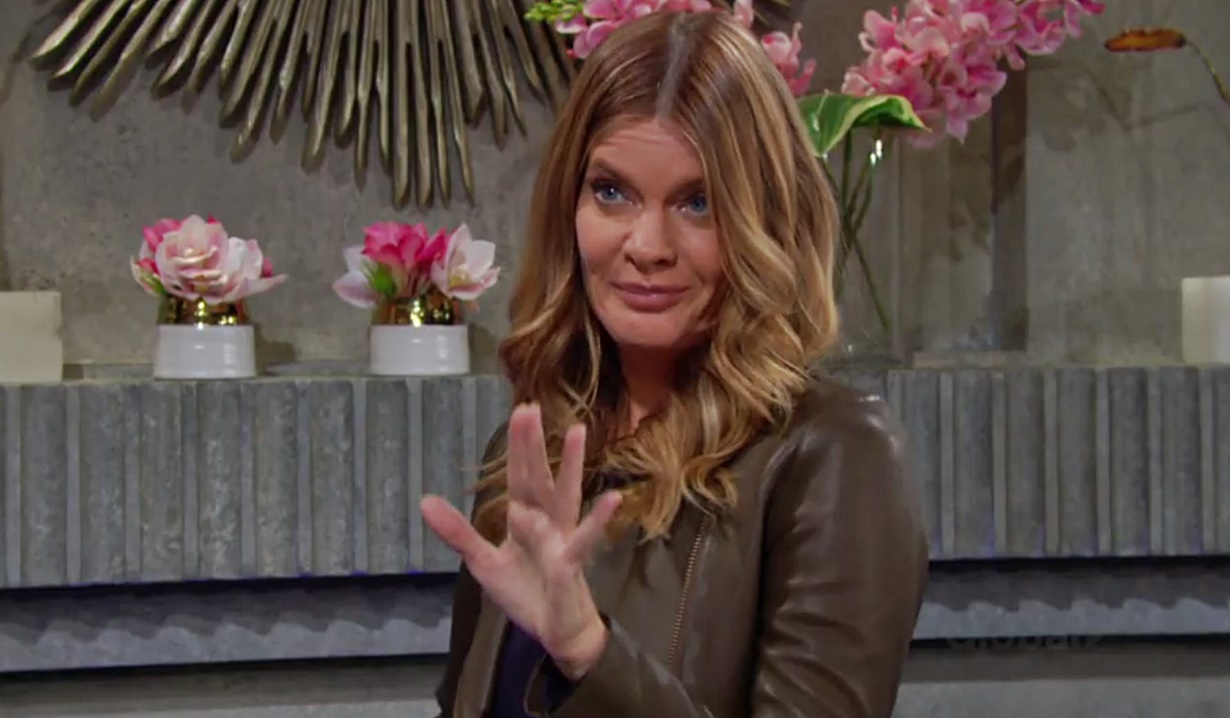 In Chancellor Park, Phyllis and Nick go over what they’re grateful for and Nick wants to get all the kids together for a gathering… and make it a weekly thing. Phyllis takes note he’s planning for the future.

In the penthouse, Adam finds Chelsea eavesdropping on Billy and wonders who Billy was plotting with the other day. He doubts it was Lily. They debate sending Connor to boarding school. Chelsea wants him someplace safe. Adam’s reluctant, but agrees. He’ll go get food before they talk to him.

At Chance Comm, Amanda updates Billy on her meeting with Devon. He guesses she wants to know more about Hilary and says, “I’m all yours.” She shoots him a look so he clarifies, “I’m on your side.” They go over Hilary’s letter to Santa and Amanda tears up. She’ll cherish the letter, but there’s still not much information on the family history. They open the birth certificate and Amanda notices Hilary was born in a town two hours away from Madison where she was left at a fire station – it’s odd. Billy vows they’ll get to the bottom of it. Later, Billy hasn’t found anything helpful and suggests she approach Devon again or hire Chance. 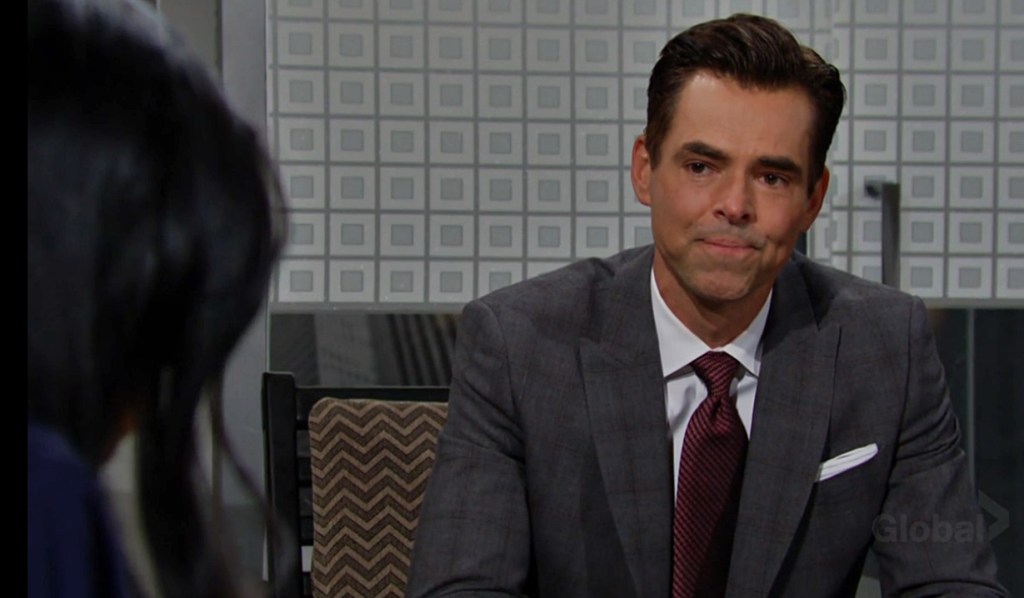 Nate checks in at Devon’s place and learns he had to draw the line with Amanda. Nate asks how Devon feels. Devon fears he’s disappointing everyone – Elena doesn’t like him helping Amanda but he believes she deserves answers. Nate observes that he’s clearly conflicted and notes, “I’m not conflicted at all,” as he urges Devon to give Amanda as much information as he can if that’s what he wants to do. Elena will see he’s doing it because he’s a good person.

More: Are Kyle and Summer ready for a baby?

At Grand Phoenix, Phyllis spots Summer’s engagement ring on her necklace and panics. Summer protests that no one knows, but Phyllis gasps, “Are you out of your mind?” She questions the timing – their house isn’t built and Kyle’s still a married man. Summer isn’t a child – she and Kyle know what they want. Phyllis has screwed up many marriages and knows it’s not that simple. She worries Summer’s been married twice and both times it ended in heartbreak. Summer thinks Phyllis is projecting. Phyllis denies it – she feels secure. Summer storms off to the spa.

Nick spots Victor at Society, approaches his table, and mentions his earlier meeting with Jack. Victor learns they discussed Kyle and Summer and says he had words with Kyle at the ranch. Nick asks his father to let him handle it. Just then, Adam enters. Nick asks about Connor. Adam says he’s good and mentions boarding school. Nick relays Faith and Noah went and says he liked it because it got him away from everything here. They both glance at Victor. After Nick goes, Victor lets Adam know he’s concerned about him and asks about Connor coming to the ranch. Adam says it’s not going to happen. Victor intones, “He’s my grandson. Nothing you can do about that.” Adam reveals they’re sending him away. Vic’s not opposed since Adam’s dealing with his problems and warns if he wants to be in the boy’s life he will be. Adam agrees it’s best Connor’s away from Genoa City. Victor asks, “What are you up to, Son?” 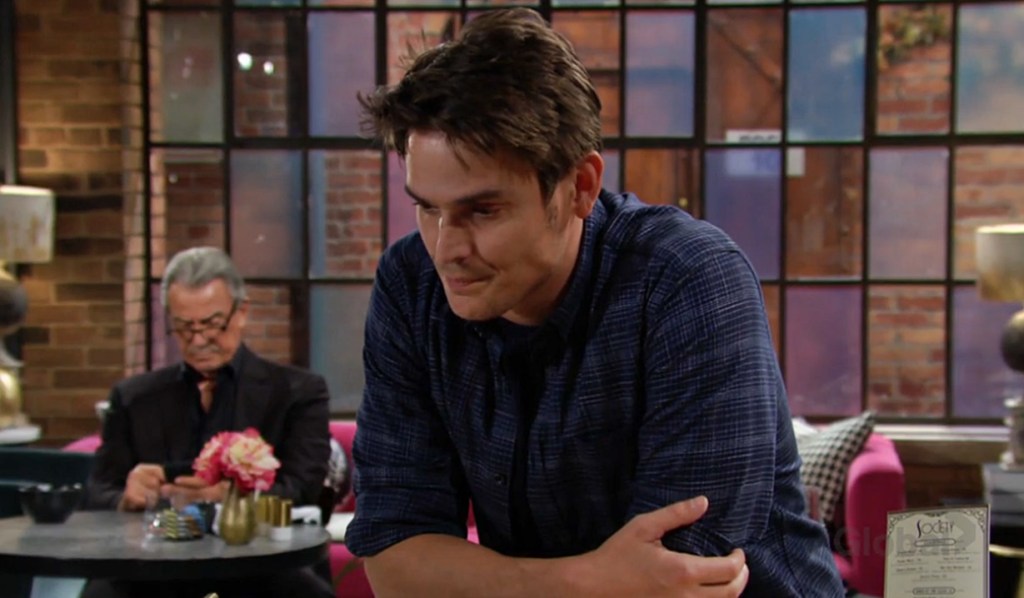 At the penthouse, Chelsea tells Connor’s buddy Aiden’s mom by phone about boarding school. Later, Adam arrives and tells Chelsea they’re doing the right thing. He ran into Nick and Victor, who was making noise about wanting to see Connor – they need to keep him as far away as possible. Chelsea explains Aiden’s mom is sending him to boarding school with Connor. Adam’s pleased. They express their love. Chelsea’s eager to resume eavesdropping.

At Chance Comm, Amanda takes a call from Devon who apologizes for the awkwardness earlier and invites her to come by and learn more about Hilary. She’ll be right there.

Nick arrives at Grand Phoenix with flowers for Phyllis and muses about making plans for the rest of their lives. Summer appears and accuses him of trying to upstage her engagement. Nick blurts, “What? You’re engaged?!”

More: Nick’s a hypocrite where Summer & Kyle are concerned

At Devon’s place, he’s happy Amanda came. Amanda replies, “Not as happy as I am to be here.” They smile at each other.

Next on The Young and the Restless Devon pays tribute to Hilary.

Check out our Nick and Phyllis gallery below. Get your free daily soap-opera fix for Young and Restless — and all of the other daytime dramas — delivered straight to your email inbox by signing up for Soaps.com’s newsletter. 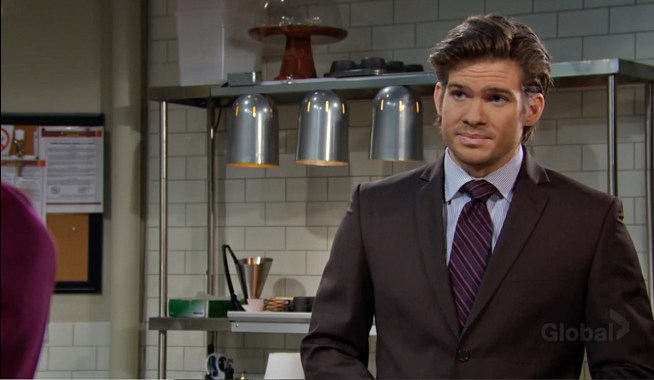 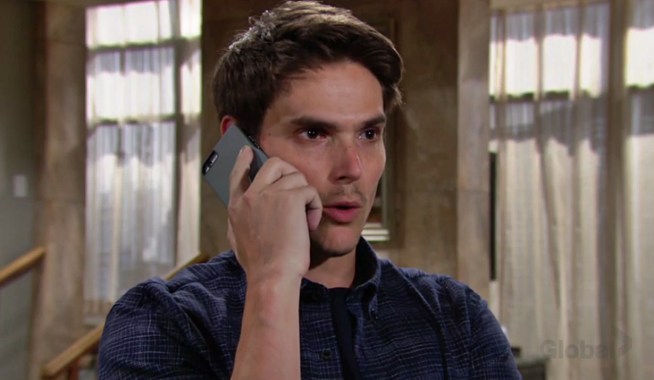