Monday September 21, 2020: On today's new episode recap of Young and Restless, Nick gets real with Jack, Summer has a proposal for Kyle, and Amanda receives a gift from Devon. 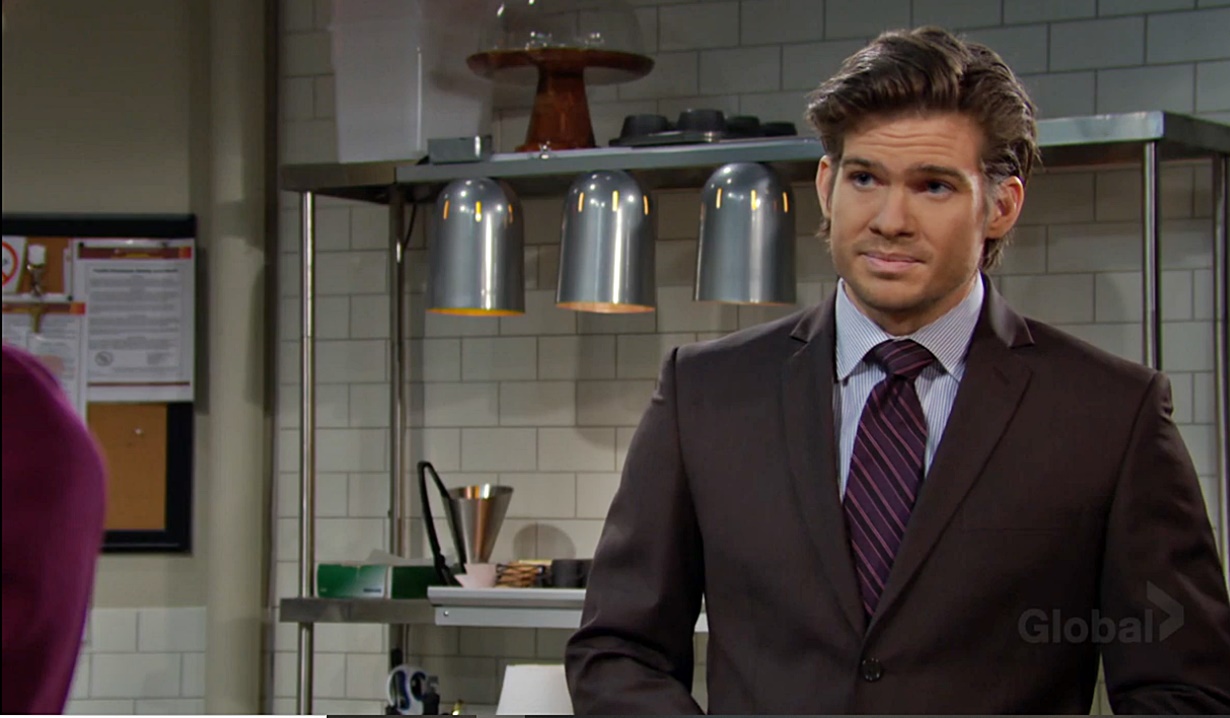 At Crimson Lights, Elena’s irritable toward Nate. He guesses she’s upset with him about Amanda – he thought she was alright. That was before she walked in on Devon saying he loved Hilary more than anyone ever. They sit and Elena talks about the energy between Amanda and Devon – she felt like an outsider. She convinced Devon to stay away from Amanda but questions if he’ll be able to do it. 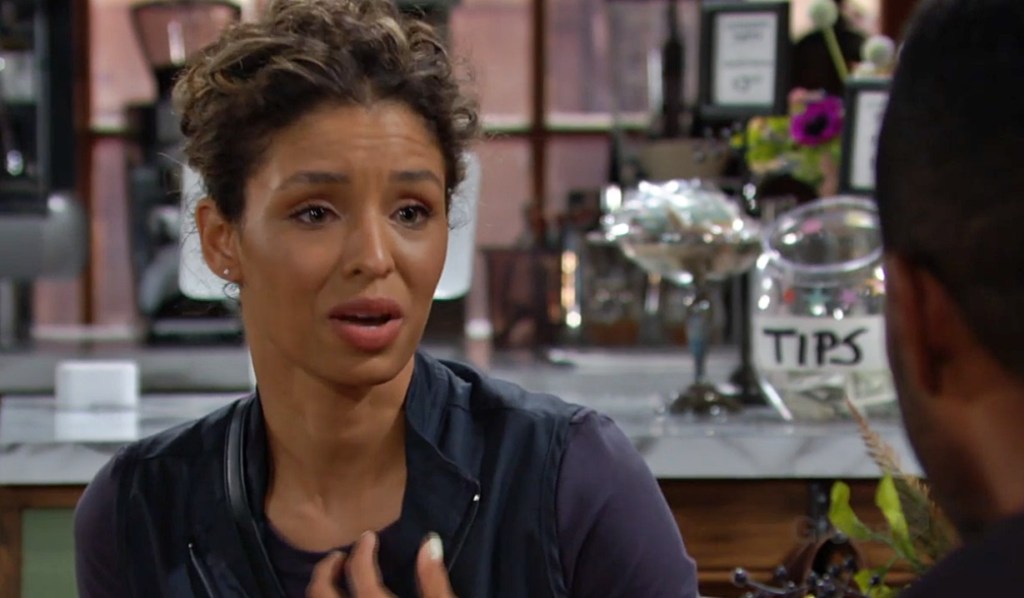 At Grand Phoenix, Devon listens to Amanda’s messages wanting to know more about Hilary – she noticed he lit up when he spoke about her.

At Chance Comm, Amanda debates whether to leave Devon another message since she’s already left two. Suddenly, she gets a text from Devon telling her to come to the apartment to talk.

At home, Sharon learns her surgery is scheduled for next week. After her call, she agonizes about her life feeling out of control. Mariah arrives and Sharon snaps at her then urges her to leave. After, Rey arrives and Sharon rants that she hates what this is doing to her – she’s pushing everyone away, including him. She apologizes and he assures her they’re good. Rey gets a text about a small emergency at Crimson Lights. Sharon wants to go.

At Society, Nick catches Jack up on Sharon’s cancer situation. Talk turns to Kyle and Summer. Nick admits he’s concerned Kyle will break Summer’s heart. Jack believes Kyle’s in it for the long haul and talks about sending them a housewarming gift. Nick hopes they make it that far. The conversation swerves to the Newmans. Nick’s staying out of the fray because he thinks things will get worse before they get better – his only concern is Adam leaving Sharon alone. Going back to the younger set, Jack hopes they all learn from their mistakes and find happiness. 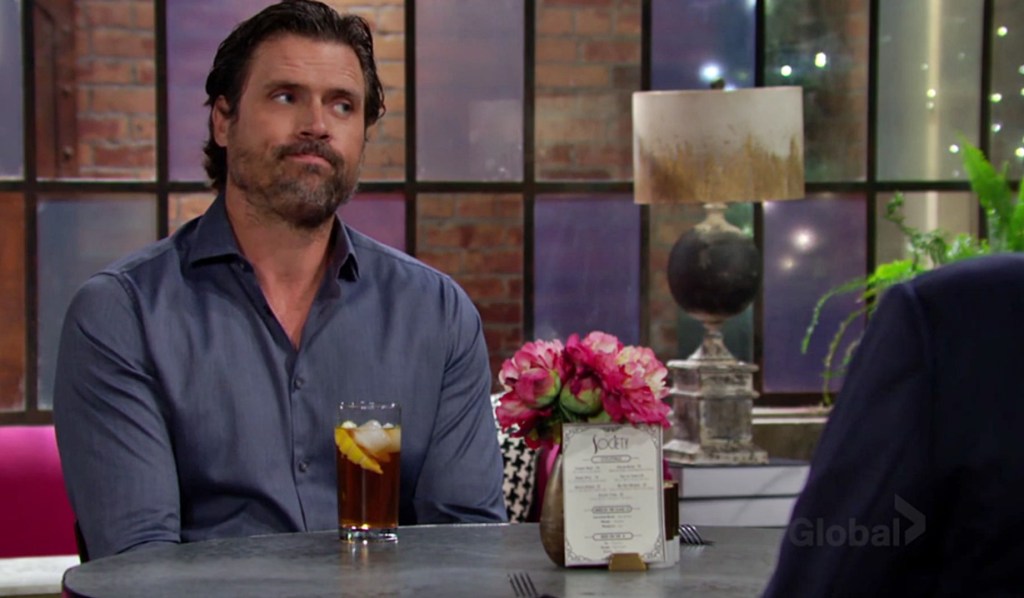 At Chancellor Park, Kyle appears before Summer holding a ring box. She pulls one out too and says, “Show me yours and I’ll show you mine.” Unseen, Lola watches, dismayed. After she walks off, Kyle and Summer kneel. Kyle asks, “Will you marry me?” He explains the big stone on Summer’s ring represents her big heart and the smaller stones all the many steps it took for them to get here. Summer promises to be his partner in all things. She wants to wait to tell anyone. Kyle relays his divorce papers will be finalized any day.

Amanda arrives at Devon’s place and apologizes for being insensitive. He reassures her. Amanda feels her life has taken on a new dimension. Devon feels it too. They talk about what Hilary would want. Devon believes Hilary wouldn’t have kept this quiet – she loved the spotlight and was honest about her life on GC Buzz. He offers her insight into Hilary’s hopes and dreams – the Santa letter she wrote as a child. Amanda’s moved as she reads that Hilary wanted two kids so the other wouldn’t feel alone – perhaps deep down she knew about her. Devon gives her Hilary’s birth certificate. Amanda knows their late mother was Rose Turner and figures her birth father is gone too. Devon can’t help her anymore – it’s affecting him. Suddenly, Elena enters. Amanda explains what Devon gave her before leaving. Devon reassures Elena, but she’s not concerned about Amanda – she’s concerned about him. Devon reiterates it’s over. 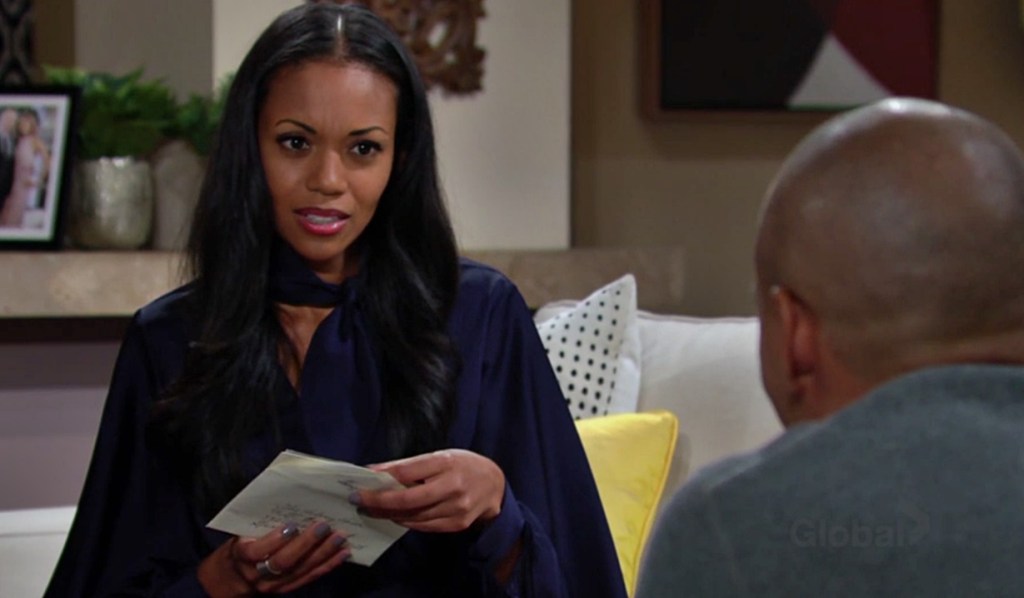 Theo meets Lola in Society’s kitchen. She asks him about leaving with Chelsea. He explains it was work. Seeing him turn on his charm bothers her – she thinks they should stop making each other miserable and break up. Lola feels they’re different and she was trying to change them. Theo thinks she wanted him to be like Kyle. He notes she didn’t mind rubbing dating him in Kyle’s face. Lola wants stability and respect. Theo respected her and wishes her luck finding a guy who lives up to her lofty standards – he may not exist.

On the coffee house patio, Mariah admits to Tessa she’s scared she’s going to lose her mom. She can’t fix this so she has to smile and be brave. Tessa teases she has a great smile. They express their love, but Mariah still feels bad. When Sharon and Rey arrive, Sharon and Mariah make up. 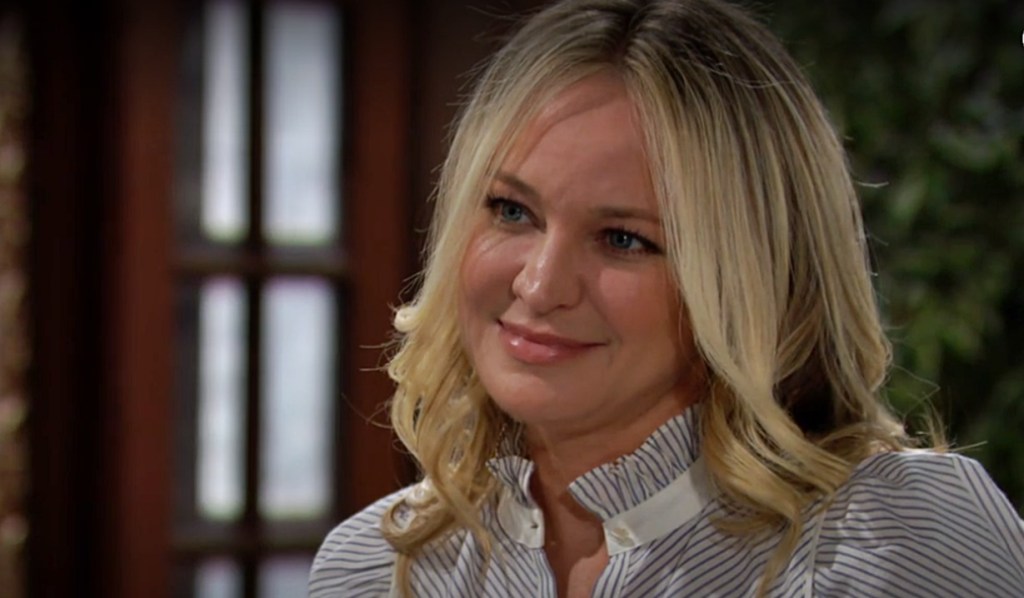 At Grand Phoenix, Amanda updates Nate on her visit with Devon. He thinks it’s best she doesn’t push him further. Amanda exits and calls Billy. “Can you talk?”

Next on The Young and the Restless Victor offers Adam advice.

Check out our photos of Summer and Kyle’s engagement, and Lola breaking up with Theo in the gallery below. Get your free daily soap-opera fix for Young and Restless — and all of the other daytime dramas — delivered straight to your email inbox by signing up for Soaps.com’s newsletter. 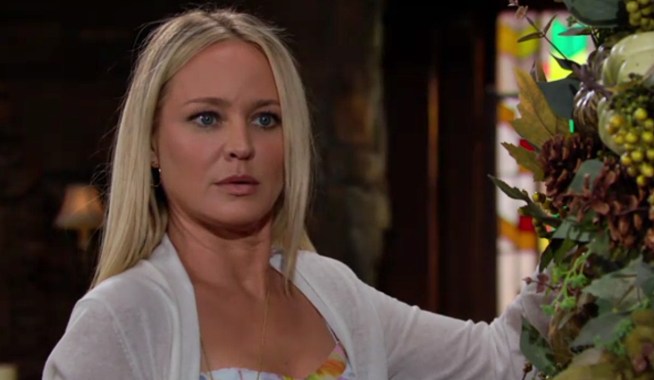 Chelsea Angrily Confronts Sharon After Reading Her Text to Adam 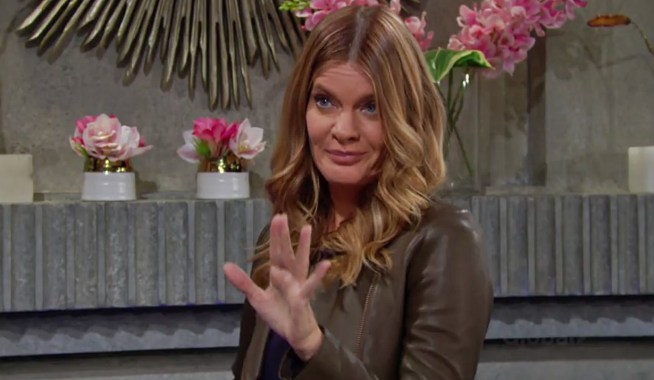