Chelsea Angrily Confronts Sharon After Reading Her Text to Adam

Friday September 18, 2020: On today's new episode recap of Young and Restless, Victoria grills Sharon, Phyllis and Nick examine their relationship, and Billy sets a title for his Adam expose. 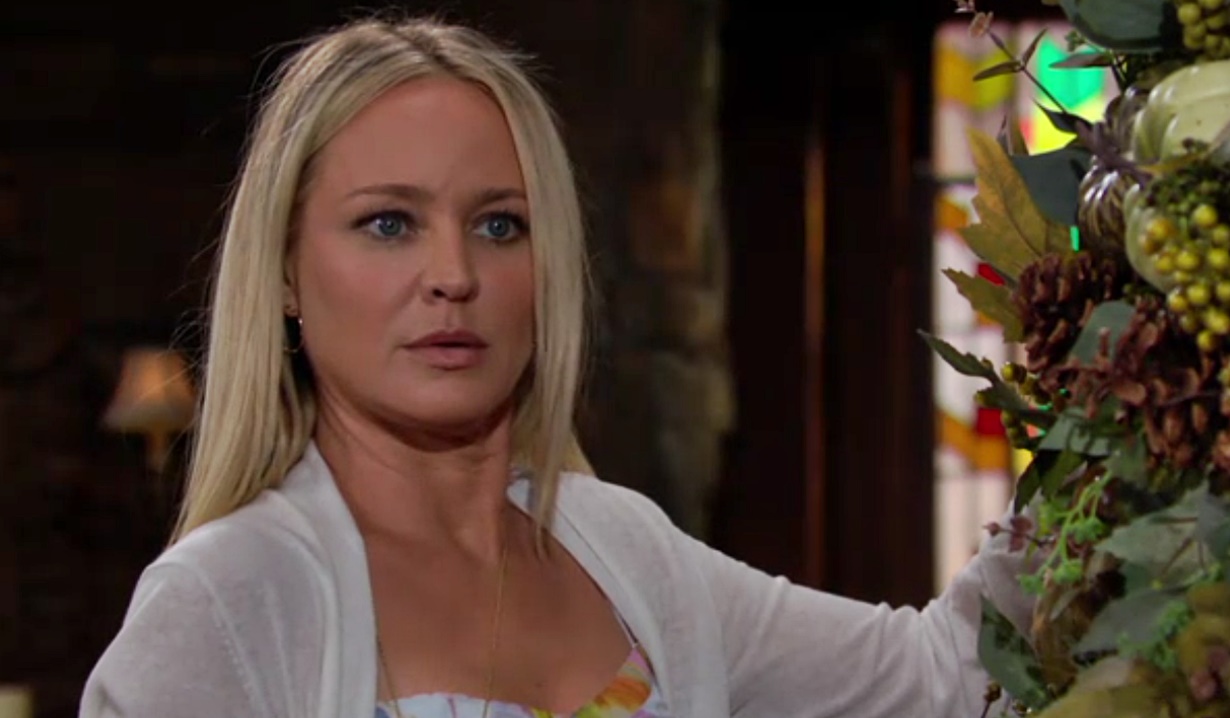 At Chance Comm, Billy asks what he can do for Chelsea, who relays she’s waiting for Theo – she wants to pick his brain about social media and is hoping to get some design exposure. Billy notes Theo’s not in charge of that and is busy. Chelsea goes.

At Sharon’s place, she begins and deletes several texts to Adam before sending a message – ‘I know you think we crossed a line – but I needed that as much as you did’. Victoria arrives, sorry about Sharon’s test results. Sharon’s trying to prepare for what’s next. Victoria knows she’s been counseling Adam. Sharon’s irked Nick told her. Victoria thinks he’s an impossible project for anyone and references her following him to Kansas. Sharon’s irritated again and urges sympathy for him. Victoria lists Adam’s transgressions – it’s only a matter of time before he strikes again and may already be planning the next attack. Sharon wonders if she’s here to find out what she knows. Vikki worries he’s a threat. Sharon’s stopped counseling him and Vikki encourages her to stick to her decision. Sharon appreciates her concern about her cancer and will keep her posted. Once alone, Sharon is disappointed Adam hasn’t texted back.

At home, Adam realizes Chelsea’s out and heads upstairs. Chelsea arrives and listens on her phone to Billy and Theo in their office. Chelsea’s intrigued when Alyssa arrives and tells Billy his investigator found the missing man in Vegas’ wife – she’s agreed to go on the record. Chelsea keeps listening as Billy enthuses about exposing Adam’s darkness for all the world to see. Adam appears and Chelsea explains she bugged Chance Comm. Adam’s impressed and wants it on his phone too. Chelsea picks up his cell, sees Sharon’s text and reads it. Fuming, she wants an explanation about the line they crossed. Adam insists it was just a conversation that got too personal. Chelsea learns it happened at the motel and wonders if they had clothes on. She realizes Sharon was there when she knocked and he kept her hidden and lied about it. Adam protests that Sharon had enough to deal with – her cancer’s spread. Chelsea agrees she needs to focus on getting well. Talk turns to Alyssa and Billy’s plan to expose Adam and Chelsea warns the missing man’s wife is willing to talk. Adam thinks it’s too bad it won’t turn out like Billy hopes. 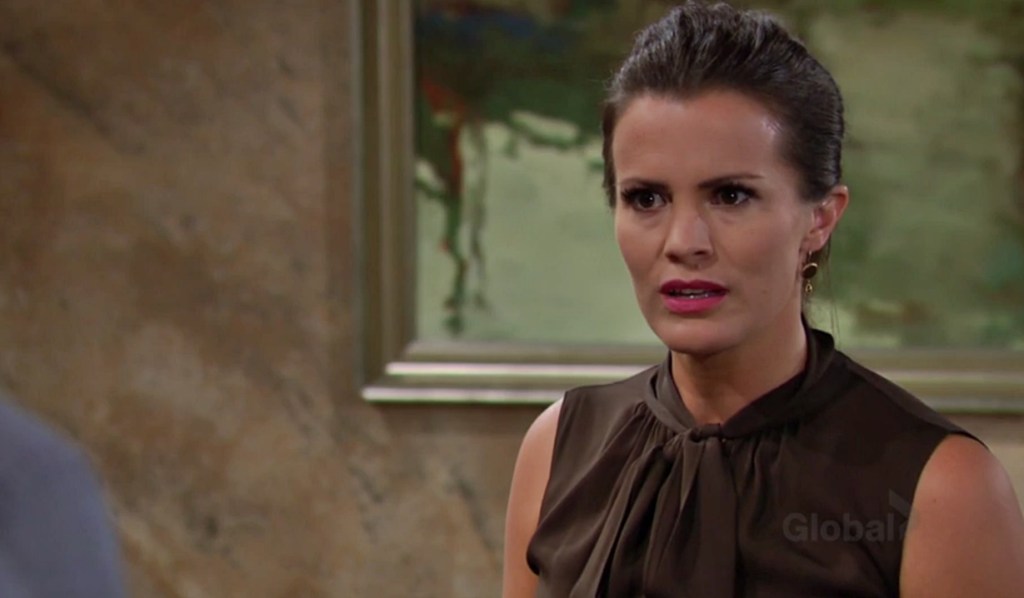 At Chance Comm, Billy assures Alyssa he won’t stab her in the back. He worries Adam’s on to them since Chelsea was there – her explanation didn’t pass the smell test. Alyssa promises to be careful in Vegas. Later, Theo brings up Chelsea to Billy, who advises him to focus on work. Theo knows Alyssa’s a crime reporter and presumes she’s on Billy’s big story. Billy confides there’s a break in the case.

In Chancellor Park, Nick and Phyllis express their love. She thinks it feels different this time then tries to laugh it off. Nick asks her not to do that – this is as real as it gets. They banter about food before Phyllis reflects on the great things happening for them. Nick agrees and wonders why it sounds like she’s trying to convince herself. Phyllis is used to bracing for disaster. Nick has concerns – like Summer and Kyle – but is focused on being happy. Phyllis worries if anything goes wrong between them it will be her fault. She vows not to let it happen again. 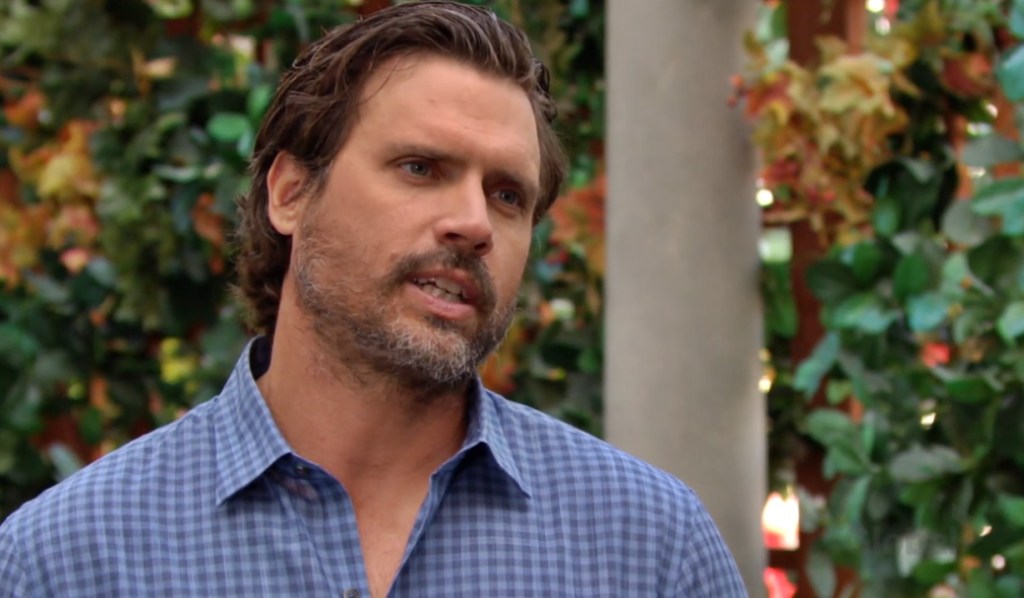 In Phyllis’ suite, she and Nick continue to discuss their relationship. Phyllis is stunned when he says she’s an amazing influence on him – she got him to hold back on Kyle. They agree he’s better than Theo. Phyllis promises not to let Nick down this time.

Sharon answers a knock on her door – it’s Chelsea. “You stay away from my fiancé. Understood?!”

Victoria arrives at Newman as Billy calls to update her on Alyssa’s progress. They salivate over Adam’s exposure. Billy says her father’s a key player – the working title is The Making of a Monster.

Next on The Young and the Restless Elena’s concern grows as Amanda and Devon connect.

Check out our gallery of potential love interests for Victoria below. Get your free daily soap-opera fix for Young and Restless — and all of the other daytime dramas — delivered straight to your email inbox by signing up for Soaps.com’s newsletter.

Elena Forces Amanda to Leave Then...

Lola Dumps Theo After Stumbling Upon...