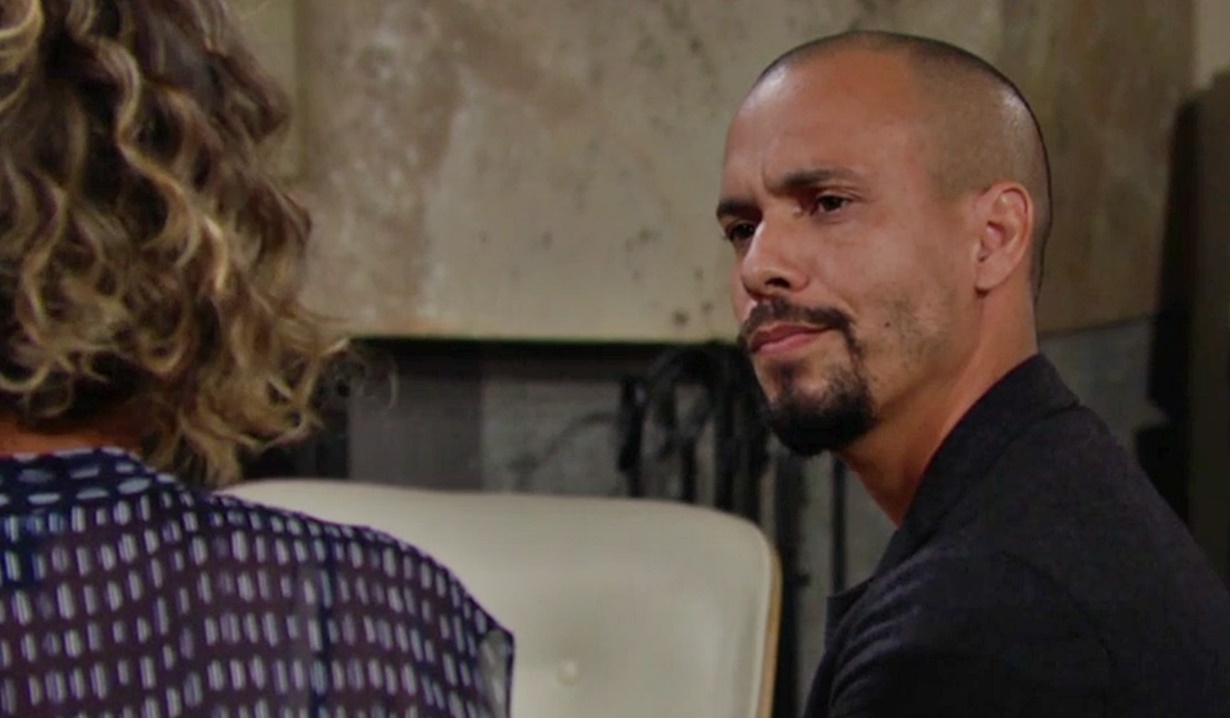 At the penthouse, Adam warns Chelsea about what she’s getting herself into going after Victor. Chelsea’s unconcerned, but feels they need to go after Billy first. Adam scoffs at Billy and Alyssa coming for him. Chelsea has a plan to find out what Billy knows. She’ll use their time together to their advantage. Adam trusts her.

At Chance Comm, Theo and Billy discuss Amanda. Billy asks if Theo’s interested in her. Theo grins; he was about to ask him the same thing. Billy’s not interested in dating anyone right now. Theo has Lola. Billy notes Amanda’s dating Nate anyway. Talk turns to business and Theo’s list of crime podcasters – Billy needs one to tell a big story.

At Devon’s place, he explains to Elena that Amanda is Hilary’s twin and they were discussing her. Elena understands – it was like looking into Hilary’s eyes again. Amanda marvels over standing in her sister’s home. Elena asks Amanda to excuse them – she doesn’t understand what this is doing to Devon. Amanda apologizes if she’s been insensitive; she just has so many questions. Devon can’t help. Amanda asks for photo albums or letters and Elena cuts her off – Devon has done all he can do. Amanda leaves. Devon tells Elena he’s sorry it sounded like he wasn’t over Hilary. Elena thinks it’s the truth – they both know it. Devon protests that what they have is just as special. Elena feels Amanda’s forcing him to finally deal with it. She doesn’t blame Amanda for wanting to know about Hilary, but doesn’t want her coming back looking for more. Devon agrees she can find out the rest without his help.

More: Amanda and Devon bond over this character’s return

At Crimson Lights, Lola arrives and Mariah suspects something’s up with her and Theo. Lola deflects and asks about Sharon’s setback. Mariah credits Tessa for supporting her and opens up about how difficult it’s been. Talk turns back to Theo. Lola worries she’s expecting more from him than he can give her right now. Mariah urges her to listen to her gut. Lola’s hit ‘pause’ and her eyes are wide open – at least he hasn’t cheated on her. 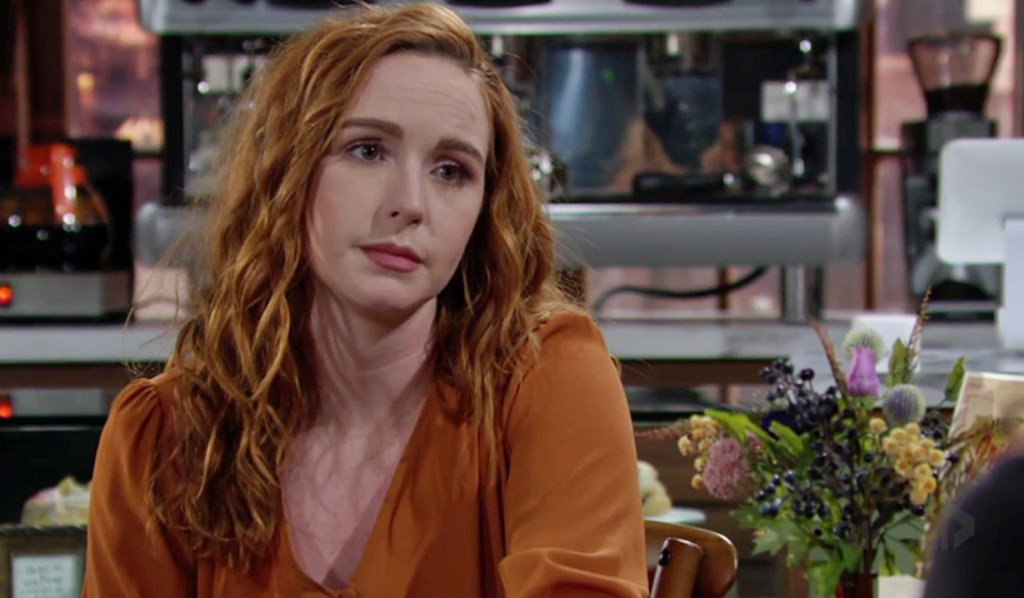 At Chance Comm, Billy guesses Amanda’s upset about her DNA test. Amanda blurts Hilary’s her twin – she lost a sister she didn’t know she had and maybe a brother-in-law too. He asks about Devon’s reaction and Amanda reminds him to remain professional. Billy was just being a friend. Amanda sighs – she needs one. Billy urges her to open up. Amanda explains knowing the truth is overwhelming – her heart feels so full and so sad at the same time. Amanda bites back tears; she’ll never get to know her sister. Billy learns Devon shut down when Elena showed up. She understands how painful it is, but it felt like he slammed a door in her face. Billy vows they’ll find out everything she wants to know. Amanda accepts his help. “I’m all in.” 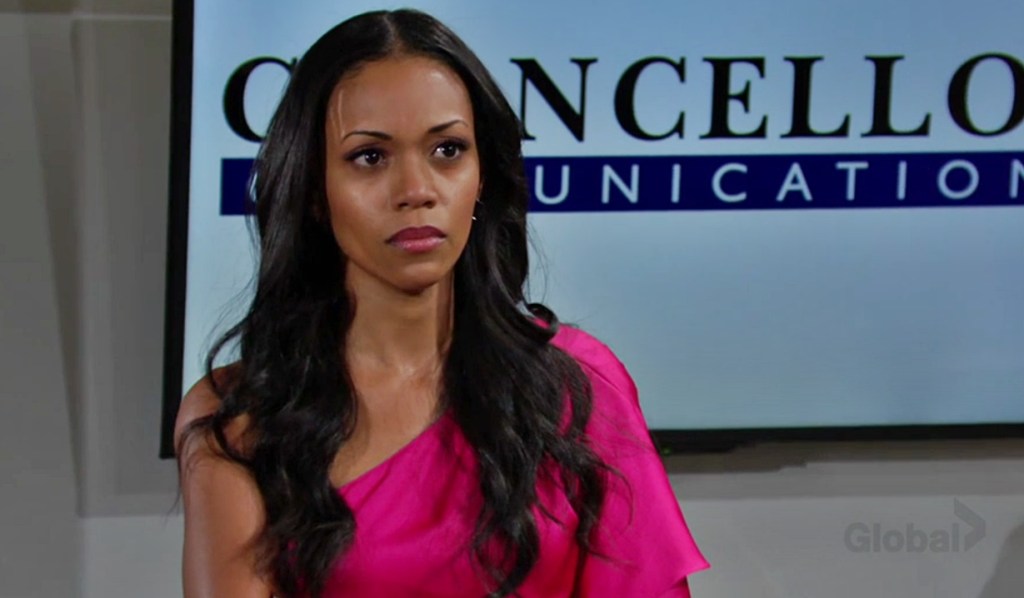 At Society, Chelsea overhears Theo on the phone about Chance Comm, then offers to let him buy her a drink. She relays she’s a designer and asks if he’d be their social media liaison. Theo can’t – he works at Chance Comm, but might be able to get them to run a story. Chelsea feels fate brought them together. In the back, Lola spies. After they go, Mariah arrives and Lola relays Theo flirted with Chelsea and they left together. She doesn’t know how much more she can put up with. 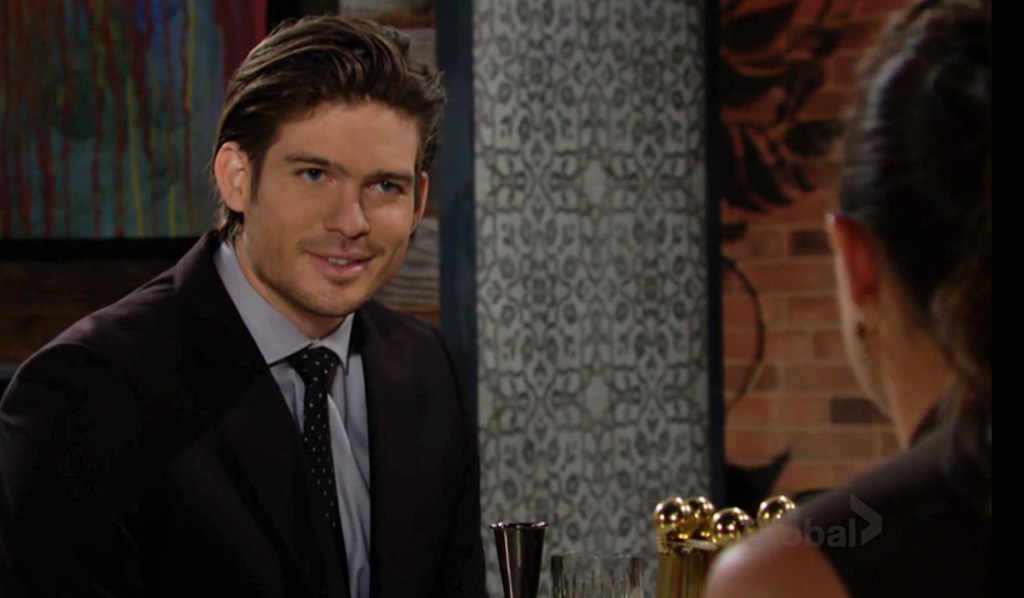 Adam’s packing at the motel when Chance arrives. Adam complains he ratted him out to Chelsea, but knows he was trying to be a friend. Chance wants to discuss Vegas. Adam says it’s being handled. Chance wants real answers. Adam advises him to back the hell off. Chance needs to be sure Adam won’t cross anymore lines. Adam says it’s too late and he doesn’t have to tell him anything. Chance reveals he’s joining the GCPD and won’t let Adam jeopardize that. Adam warns it goes both ways.

At Devon’s place, his cellphone vibrates with a call from Amanda as he and Elena hug.

At Chance Comm, Chelsea sends Theo to the breakroom for water then plants a listening device. Billy enters. “What’s going on here?”

Next on The Young and the Restless Sharon has questions for Victoria.

Check out our Devon and Elena gallery below, and get your free daily soap-opera fix for Young and Restless — and all of the other daytime dramas — delivered straight to your email inbox by signing up for Soaps.com’s newsletter.

Adam Declares War After Listening to...

Elizabeth Olsen Reveals Wanda’s Accent Isn’t ‘Gone’: There Are ‘Reasons For Everything’