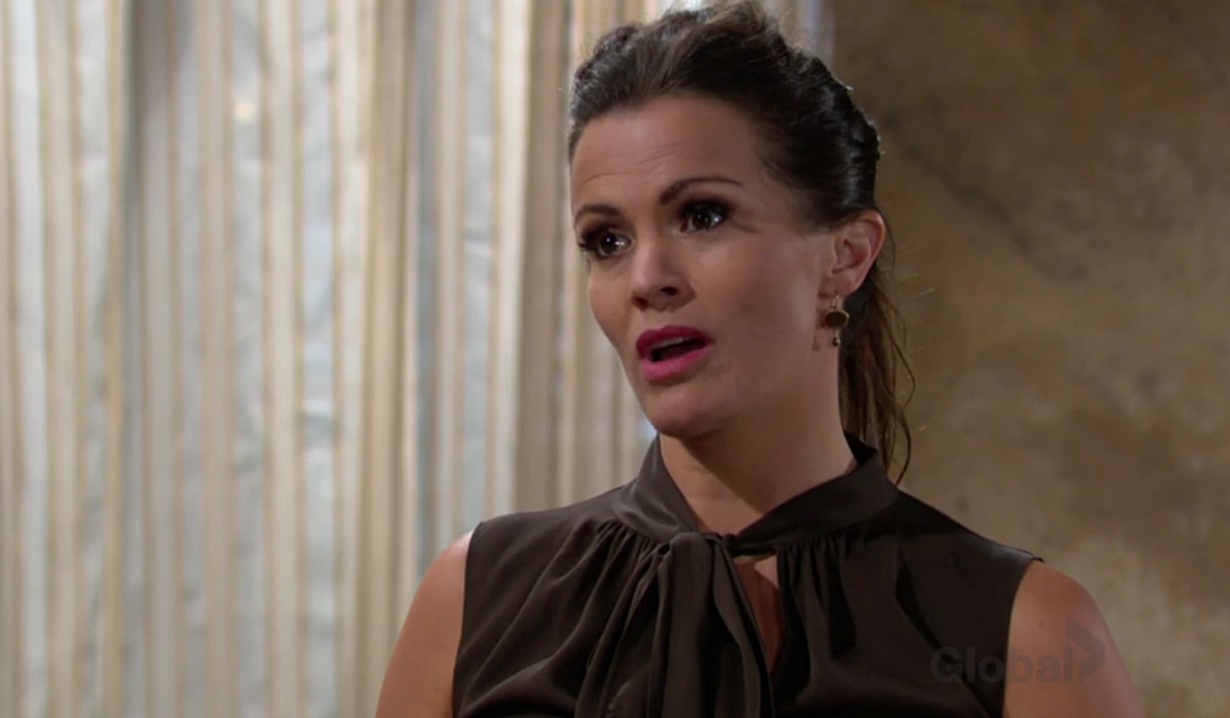 At home, Sharon opens the door to Rey who wants to know where things stand with her and Adam. Sharon will no longer be treating him. He questions if she’ll still support him as a friend. Sharon’s focused on her cancer and has no plans to see Adam. Rey worries she’s backing away because she verged on crossing a line with him. Mariah arrives and Rey leaves. Sharon worries she’s ruined everything. Mariah talks up Rey’s sweetness and Sharon confides she’s conflicted about cutting things off with Adam. Mariah feels she must. Sharon curses the cancer taking control of her life. Later, Rey returns to make up. Sharon promises Adam won’t come between them.

At the penthouse, Adam informs Chelsea nothing’s changed, but she has a plan and wants him to hear her out. Adam’s resistant. Chelsea wants to send Connor to boarding school and warns Alyssa’s joined forces with Billy to go after him. She reminds Adam she’s his soulmate, but Adam still believes she’ll leave eventually, so he’s doing it first. Chelsea wants to go get married…right now. She loves him and wants to share everything with him. Chelsea says they know what makes him tick now and wishes he could accept himself. “Together we’re unstoppable.” Adam agrees to stay but won’t get hitched until after they’re victorious over their enemies. They’re ready to bring Victor to his knees and anyone else who tries to protect him. “This is war.”

Traci meets Jack at Grand Phoenix – he wants to put her detective skills to the test. He’s rethinking Dina’s message after speaking with Phyllis. They watch the home movie on his phone and come up empty until Traci notices Dina’s wearing an antique emerald necklace – there’s something familiar about it and she’ll find out what that is. Upstairs, Phyllis fills Nick in on her conversation with Jack about Dina. Nick teases her about being cynical. Phyllis is irked – she’s realistic about love. Nick thinks there’s something to be said about romance and knows she has a softer side. Phyllis believes in love, it just never seems to last. Nick vows they won’t hurt each other again, but she has to trust this. They express their love. 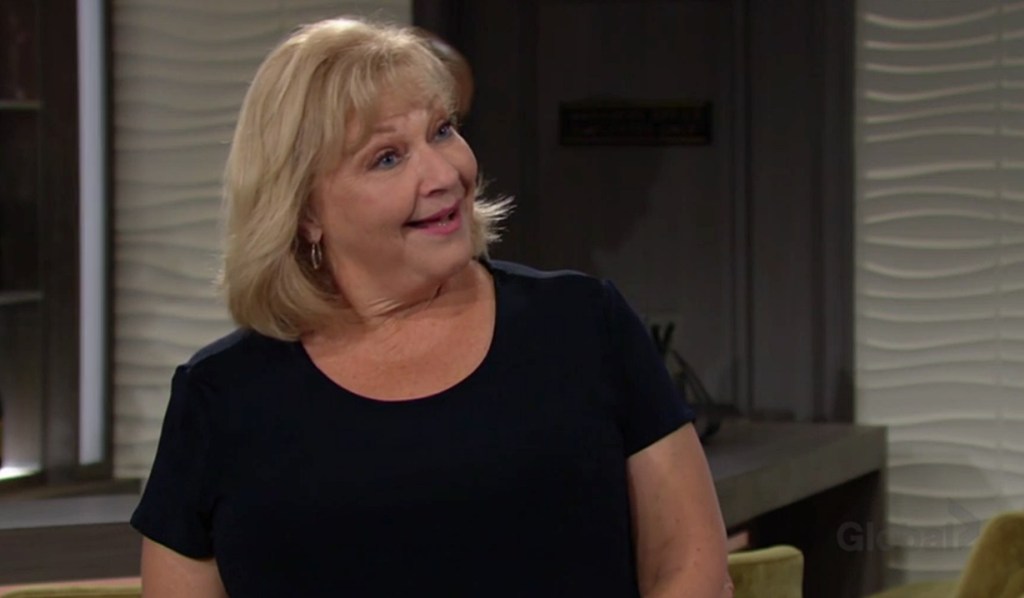 At Crimson Lights, Elena’s anxious and Nate confirms Amanda’s DNA test results are in. Elena spins, worrying about dealing with the fallout – it will shake Devon to his core. Nate thinks Amanda’s telling Devon as they speak. Elena snaps over her running to her sister’s husband. Nate suggests giving them time. Elena insists he sit with her. She’s concerned about what this will do to Devon and asks Nate to imagine if the spitting image of his fiancée walked through the door. Nate argues she wouldn’t have Caroline’s heart and soul and reassures Elena that Devon loves her. Elena feels better. She hopes Amanda knows what she has in Nate.

In Devon’s penthouse, Amanda tells him she feels like there was another part of her out there. In some ways she’s still alone, but in others she’s not. She reflects on the life she might have lived if she’d known Hilary. Devon smiles – she’d have been his sister-in-law…and an aunt. Amanda knows her loss doesn’t compare to his, but it all feels like a cruel joke. She and Hilary were inseparable for nine months, then lost each other forever. Amanda wants to know all about her and her life. “Please tell me everything about my sister.” Devon tells her they have persistence in common. He doesn’t know where to begin. She asks if they’d have gotten along. Devon can’t do this… if he reopens the wound, it may not close again. Amanda wonders who she can talk to and reflects that people either loved or hated Hilary. Devon snaps that anyone who hated her, didn’t know her. He acknowledges she did questionable things but was a warm and loving person. She was the most passionate person he ever met. They grabbed onto each other and never let go. Elena enters as Devon says, “I loved Hilary more than anything else on Earth.” (Hmm… so is that the extra twist at which Devon’s portrayer, Bryton James, recently hinted?) 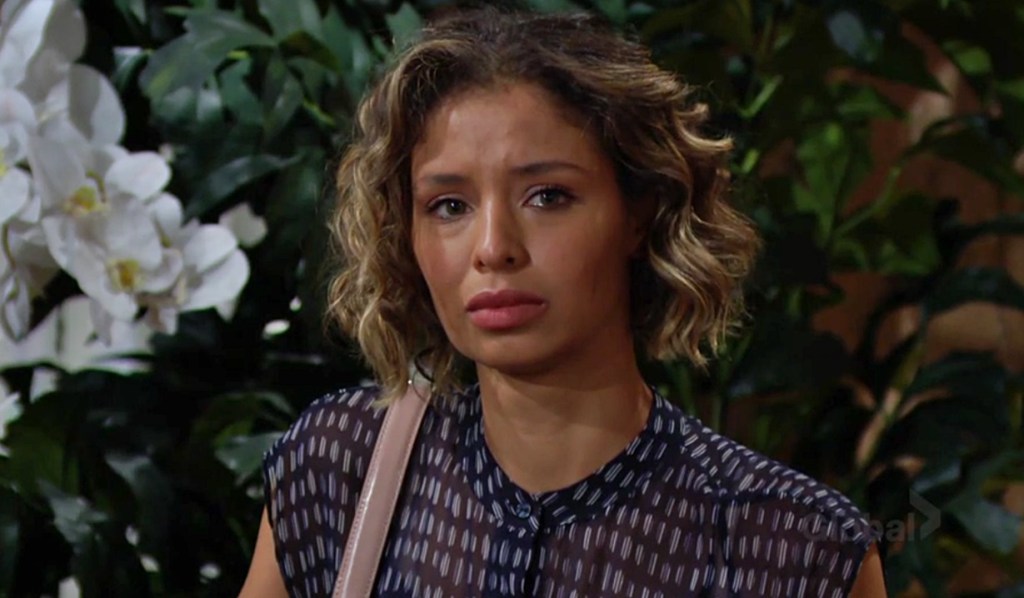 Next on The Young and the Restless Elena runs out of patience with Amanda.

Take a look at the photos of Adam and Sharon’s tortured love in our gallery below then get your free daily soap-opera fix for Young and Restless — and all of the other daytime dramas — delivered straight to your email inbox by signing up for Soaps.com’s newsletter. 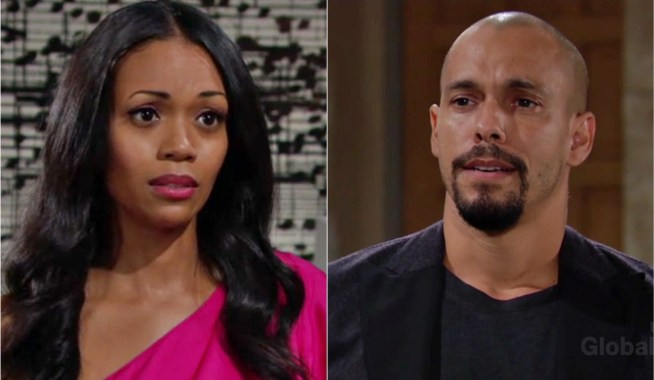 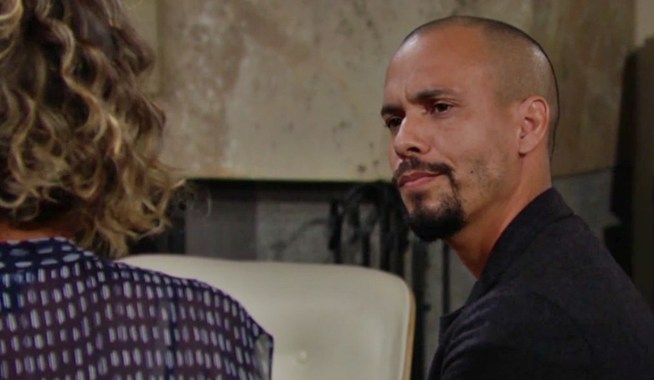