Tuesday September 15, 2020: On today's new episode recap of Young and Restless, Jack gets Phyllis' opinion, Abby has Chelsea's back, and Billy strikes a deal with Alyssa. 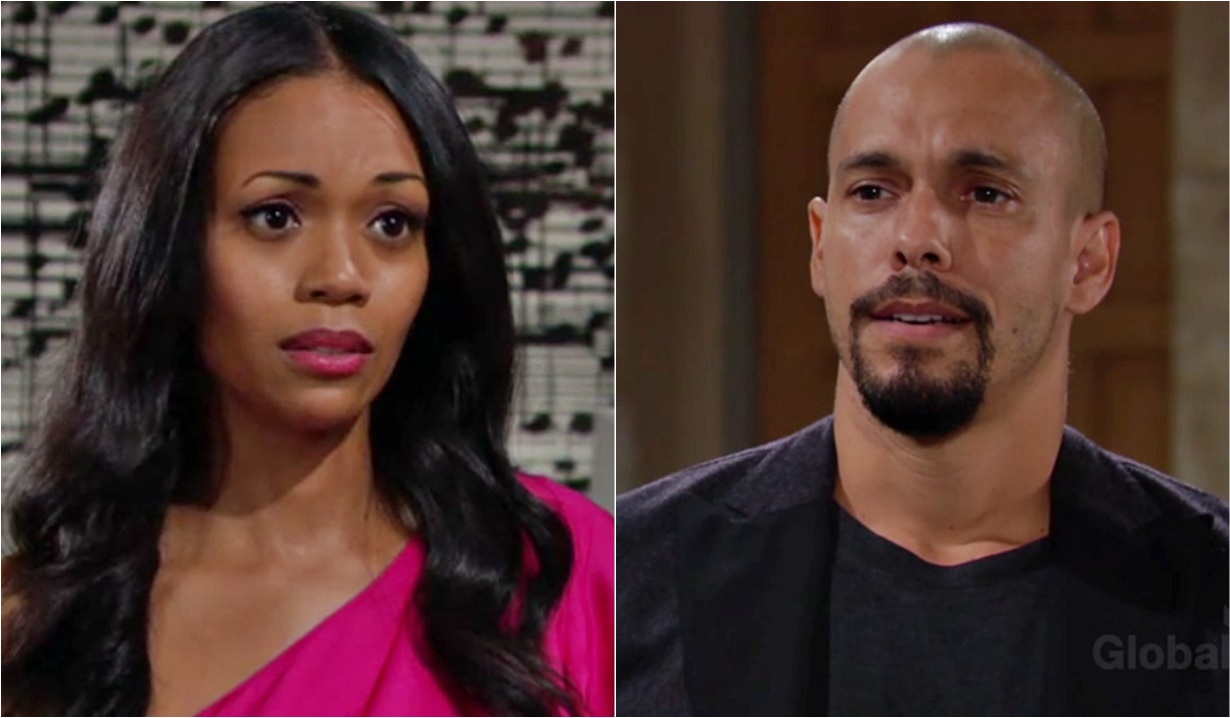 In Devon’s penthouse, Nick notices Devon’s distracted. He explains it’s about Hilary…and whether she has a sister. Nick gets the details on Amanda’s blood type leading to a DNA test and figures it’s dragging up feelings for Devon – if it’s true, what will it do to him? Devon doesn’t know how he’ll feel and isn’t sure it matters. He wonders how it would have changed things for Hilary. Nick thinks if it’s true, it’s a heartbreaker. Devon recaps they’ll know soon and he’ll figure out how to move on from there.

Amanda meets Nate at Crimson Lights – he has the DNA test results. She asks him to stay while she opens it. Amanda tells herself whatever’s in there won’t change who she is – she’ll always be the girl who grew up alone and in foster care. Nate realizes she’s scared. Amanda takes a deep breath, opens the envelope, and reads. Nate wonders if it’s what she expected and asks what’s next. Amanda must let Devon know. 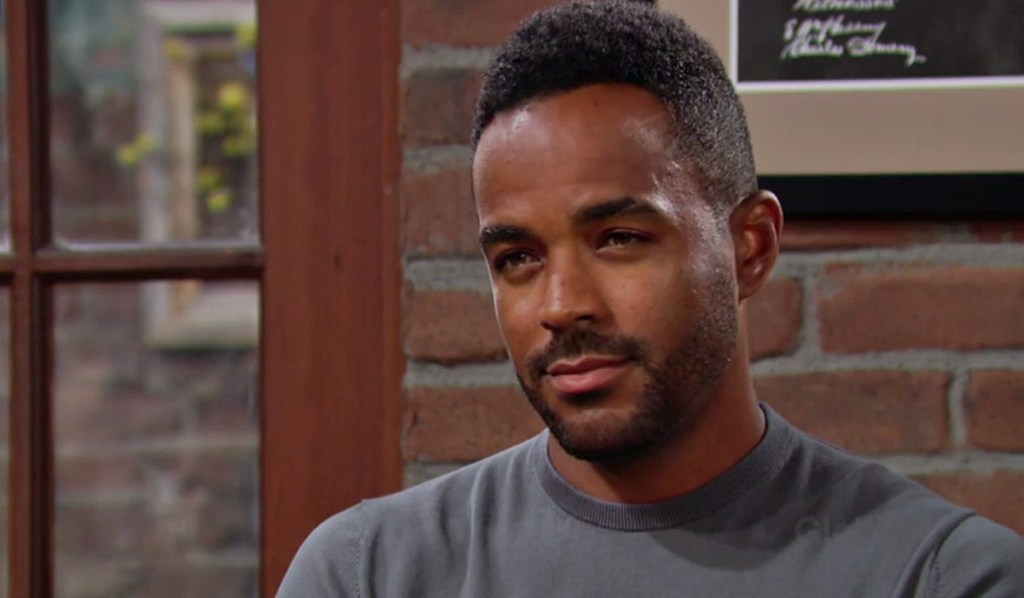 At Grand Phoenix, Phyllis spots Jack grinning at the bar and wonders why. He passes her a note – nothing in life is more important than finding love. He explains it was something his father said and tells Phyllis about the home movie and believing it to be Dina’s advice. Phyllis isn’t sure this is what Dina would say. Later, Jack asks Phyllis’ opinion. She says his relationship with his mother is fragile now she’s slipping away, but Dina’s not the sentimental type; her message would have nothing to do with finding love. Jack will take another look at the movie and is glad he ran into her. Jack calls Traci to suggest they watch the home movie again with new eyes. 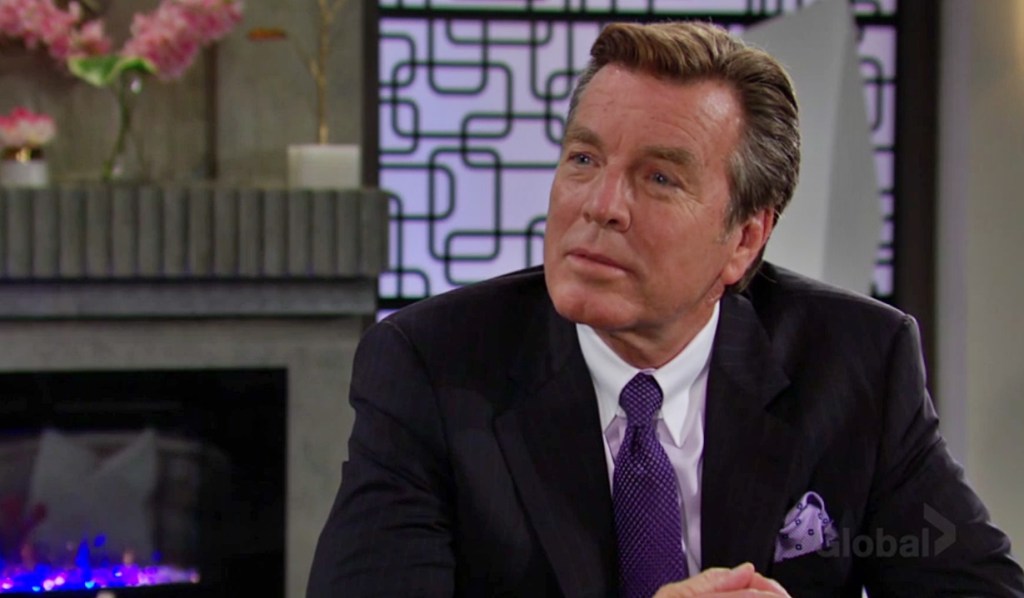 At Chance Comm, Billy tells Alyssa he thinks they can help each other. Alyssa’s concerned about Billy’s vendetta. He points out it’s personal for her too. Alyssa worries there’s no one pumping the brakes. Billy will risk everything for this story – all she has to do is tell the truth. Alyssa worries about being screwed over again. Billy takes a call from Lily and Alyssa notes he didn’t advise her of their agreement. Billy maintains nothing will stop him from telling the truth about Adam. Alyssa signs on – she wants this story to blow up Adam’s entire world.

At Society, Abby hopes Chelsea’s working on a way to keep Alyssa from snooping about Chance and Adam in Vegas. Chelsea thinks she’ll give up, but Abby relays Chance has doubts. Chelsea intones that if anyone comes after Adam they’ll have to go through her first. Abby worries Alyssa won’t stop and assures Chelsea she has her back. Later, Chelsea spies Alyssa arriving with Billy.

At the ranch, Summer goes looking for Victor. Kyle, alone, touches a chess piece as Victor appears with boxing gloves and refers to him as the married man shacking up with his granddaughter. Kyle concedes the situation isn’t ideal but his divorce papers should be signed soon. Victor recalls Kyle promised to stand by Summer but ended up with that Lola woman. Kyle knows he screwed up but is now with the person he belongs with. Summer eavesdrops as Victor questions if Kyle will stay true to her. Summer enters. “There’s something that you need to know.” Kyle interrupts to make a speech about how much he loves Summer – when the time is right he’ll make his commitment to her real. Victor warns he’s the last person Kyle wants to disappoint. He exits and Summer asks Kyle why he didn’t tell him about their plans to take the heat off. Kyle’s unconcerned and plans to live up to his promises. 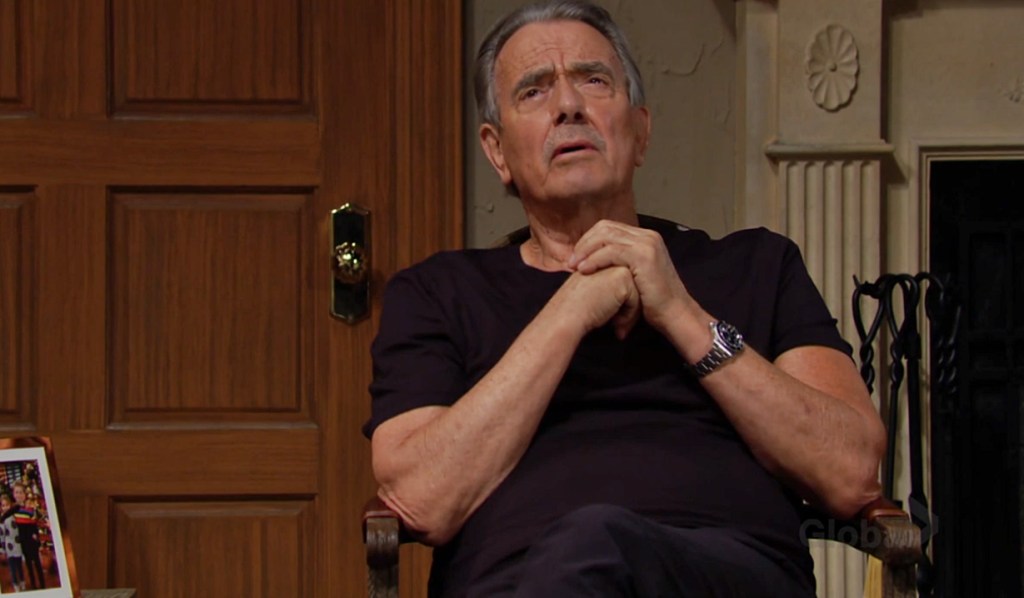 Amanda arrives at Devon’s place as Nick leaves. She tells Devon she has the DNA test results. He exhales. “Okay. What does it say?” Amanda reveals she’s not as one of a kind as she thought — she had a twin and her name was Hilary. Devon looks both anguished and joyful. (But that’s not the whole story, according to Bryton James, who plays Devon.)

Nick joins Phyllis at the hotel and they banter before he urges her to call Amanda, who will need a friend today.

Next on The Young and the Restless Traci finds a clue to Dina’s past. 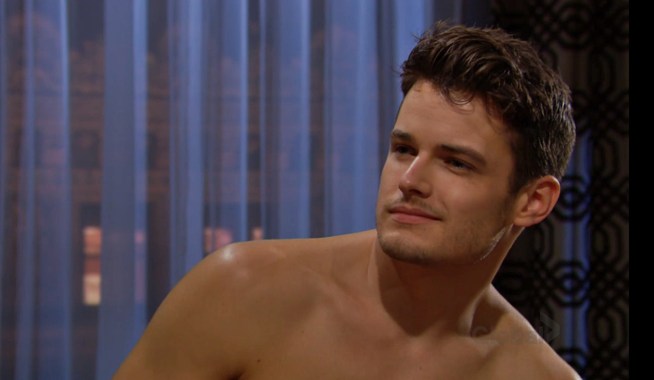 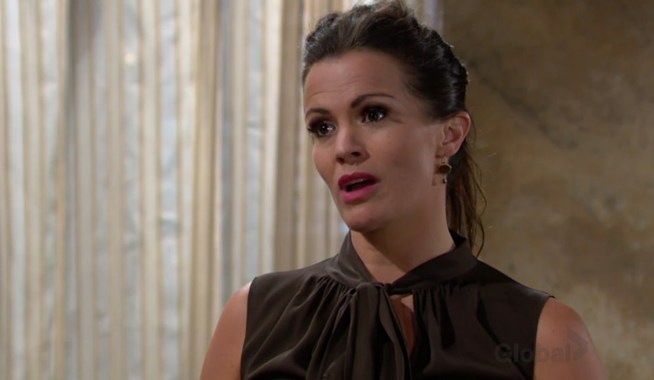