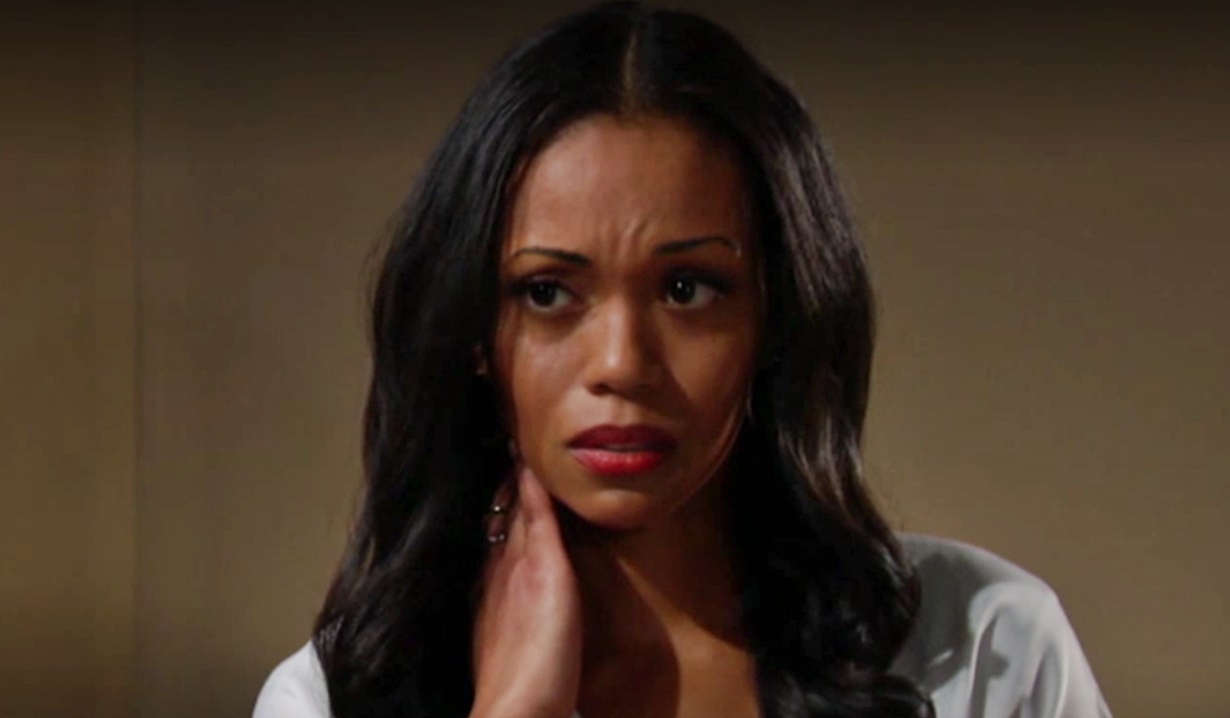 In the Grand Phoenix, Phyllis teases Nick that she’s working on something big – a game-changer. Nick wants to guess, but she won’t tell him…it will jinx it. Nick suggests he could ‘charm’ it out of her. Phyllis smiles, she has to work.

Abby and Chance are discussing Paul’s job offer in Society when Alyssa enters. They wonder why she’s following Chance and he decides to find out. Chance joins Alyssa, who wants the full story about the missing guy in Vegas. Chance explains the missing man was involved in a money-laundering case but he can’t say more as the investigation is ongoing. Meanwhile, Phyllis arrives and notices Abby’s concern for Chance and fishes. Abby lies Alyssa is a security client. Across the room, Chance questions how this came on the radar of a Kansas newspaper reporter. Alyssa wondered what Adam had been doing all these years – it’s personal. Chance walks away and texts Adam. After, Phyllis lurks as Chance warns Abby that Alyssa’s not going to give up. 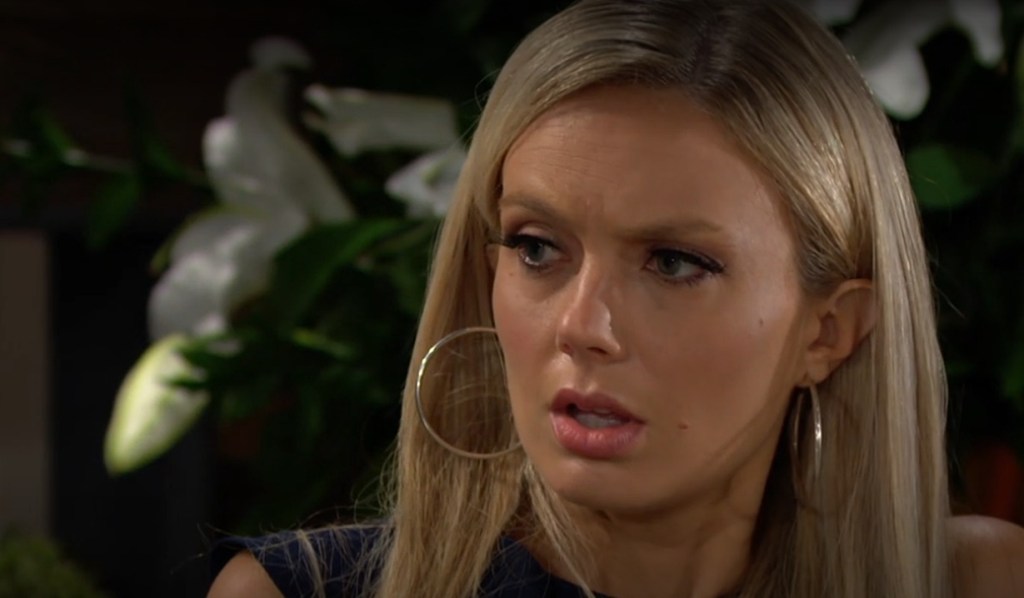 At Chancellor Communications, Amanda and Billy bicker about him over-stepping for questioning her DNA test. Billy’s apologetic, but asks how she sees their relationship. Amanda considers him a friend but their days as confidantes are over. Lily arrives as Amanda states they need to keep things professional. After Amanda leaves, Billy jokes with Lily about joining a dating service and she calls him ridiculous – they need to get back to work. Billy teases she’s a buzzkill. Lily knows how it feels when a relationship ends. She wants someone special in her life again and believes he does too. Billy denies being ready to fall in love again, but she’s unconvinced. They decide to go eat together. 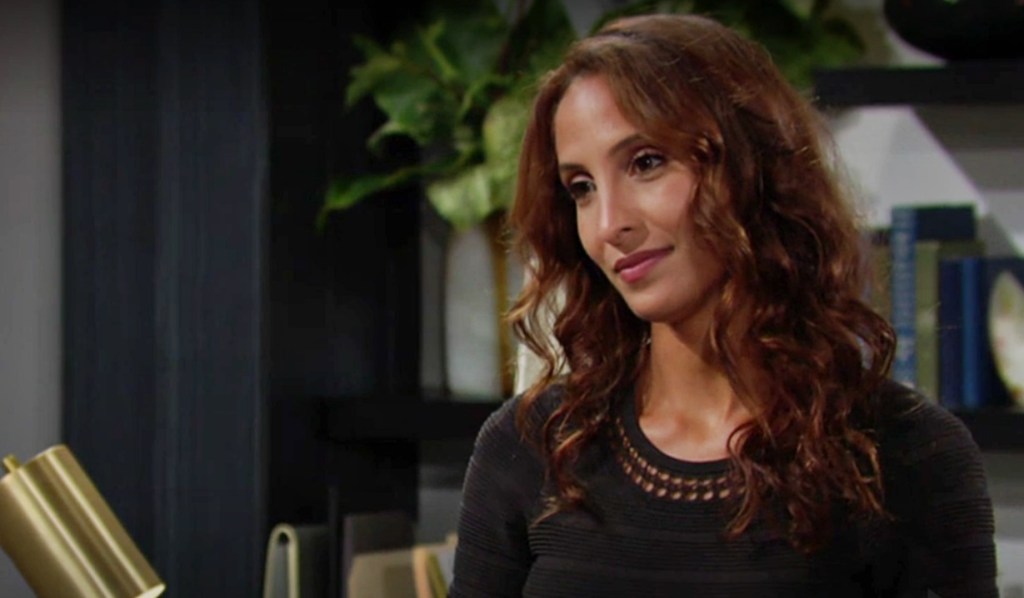 Elena finds Devon staring at his phone in Crimson Lights. He shows her the photo of him and Hilary and explains that Amanda asked for his help to figure out if she’s related to Hilary. Elena’s not surprised and questions if she’d be after a portion of Hilary’s estate. Devon doesn’t think so at all. Elena apologizes. Devon understands it’s a lot. He speculates how things would have been different for both Hilary and Amanda knowing they had a sister. Elena notes he’s been thinking about both of them. She thinks if it’s true, he might feel he has a part of Hilary back. Devon won’t help Amanda if Elena doesn’t want him to. They speculate what Hilary would want. Elena believes he has to follow his heart. Devon’s still undecided, but appreciates her support. When he gets refills, Elena looks at Hilary and Devon’s photo. 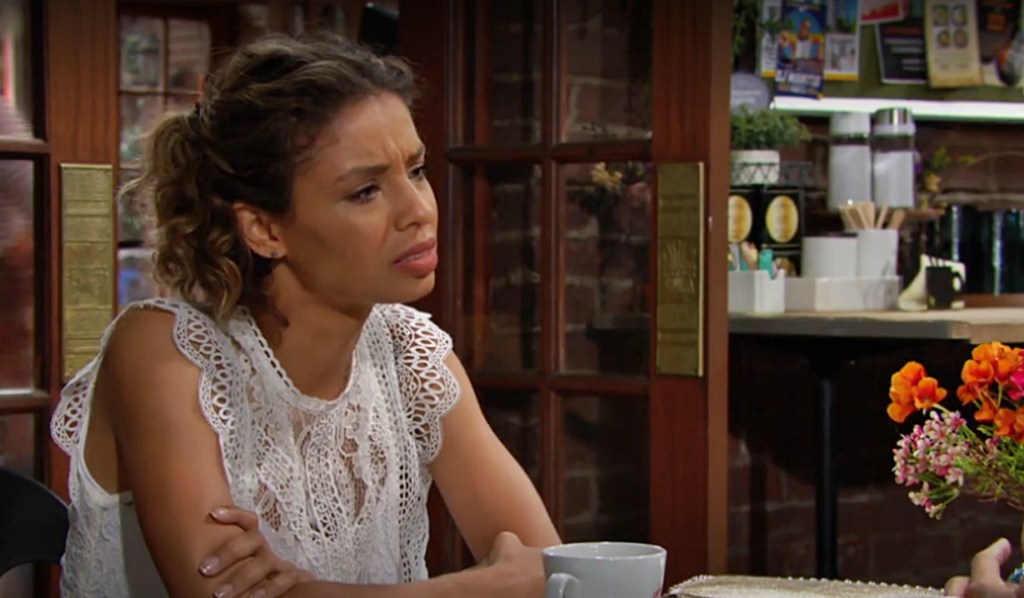 More: Why the Amanda & Hilary reveal was botched

In the park, Nick and Noah touch on Summer and Kyle and Noah snarks about everyone in his family revisiting the past. Talk turns to Adam and Sharon. Noah’s concerned Sharon isn’t pushing him away. Nick thinks Adam takes advantage of her huge heart. Noah asks, “How do we stop him?” Nick sighs that she wants to help Adam, and he needs it. He won’t tell Noah what happened to Adam, but dissuades Noah from staying in town to protect his mom. Noah’s just praying his mom gets good news. They swerve to Nick reuniting with Phyllis. Nick promises from now on he and Phyllis will be crazy in the best possible way.

In Amanda’s suite, Nate finds her rattled by Billy ‘being Billy’. She wants to give him her DNA sample and he’s disappointed to hear that Devon needed time to think about helping her. Nate recalls how deeply Devon grieved and warns they can’t push him. Amanda will respect it if he says no. Nate relays that he didn’t just lose Hilary but also their unborn child. Amanda gasps and agonizes about having asked him for help so casually. She updates him that Hilary’s birthday and hers are only a day apart. Amanda’s grateful to Nate and ready to go on this journey. She’s heading on a work trip and notes if Devon donates Hilary’s DNA she may return to a new family history.

Next on The Young and the Restless Victoria keeps a secret from Billy.

‘A Crime on the Bayou’ Review: Civil Rights Advocate Critiques a Last Gasp of the Jim Crow Era