Victoria Deals With a Threat at Work, Then Flirts With Someone Unexpected 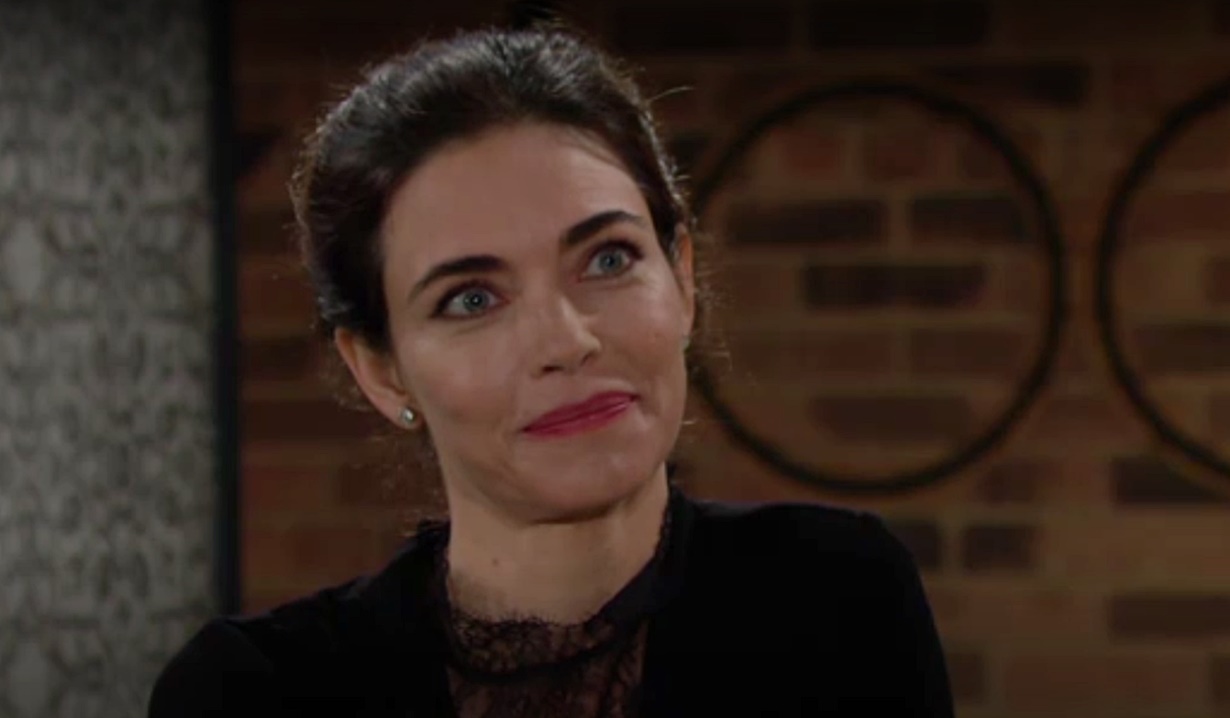 At Newman Enterprises, Vikki finds Nikki in her office warning she’s about to put to the test. They get on a video chat with Victor’s ally, Dan, (played by Robert Gossett), who tells Victoria it’s not too late to undo all the damage she’s done. He’s believed in her from day one and recalls discussing her skills with Victor, but even the greatest CEOs make mistakes. Nikki defends Victoria, who tells him the deals are finalized so the conversation is moot. He argues she’s made Newman vulnerable and hints of rumblings of discontent in the company. Vikki thinks it’s a threat and Nikki agrees. Victoria puts him on notice that change has come to Newman and ends the call. Nikki’s outraged but Victoria thinks Dan was doing Victor’s dirty work. Talk turns to Nikki’s secret – Grand Phoenix’s Escape Club, which is incredible and exactly what Victoria needs.

At Chance Comm, Amanda gives Billy guidelines for crafting stories as her job is to protect the company. Billy asks, “From litigation…or from me?” Amanda advises him not to take it personally as he snarks. Billy makes nice – he knows she’ll have his back. Amanda recalls the times they spent together and they joke it’s a good thing she didn’t walk away or he’d be stuck with a button-up lawyer. Amanda relays she’s going to Nate’s blood drive. Billy will take her.

At Grand Phoenix, Abby and Chance flirt. He walks off to a meeting and leaves his phone. She takes a selfie on it then notices a text from Paul telling Chance they need to meet ASAP. When Chance returns, Abby asks if he’s in some kind of trouble. Chance isn’t concerned about Paul’s message but she’s worried he learned what happened in Vegas. Chance reassures her everything will be fine and leaves. He comes back and reports Paul wants to hire him as a detective. Abby can’t believe he’d consider it over considering Vegas. Chance wants the job, which causes Abby to harp that he belongs at his security company – she feels like he’s giving up. Finally she admits she doesn’t want to have to worry about his safety. Chance enjoys the danger. He’ll take the job and wonders what it means for them. Abby wants what he wants. Suddenly, Alyssa Montalvo, (played by Maria DiDomenico) appears and tells Chance they have someone in common – Adam Newman. She wants to ask Chance about a missing persons case she’s investigating in Vegas. Chance and Abby beat a hasty retreat. 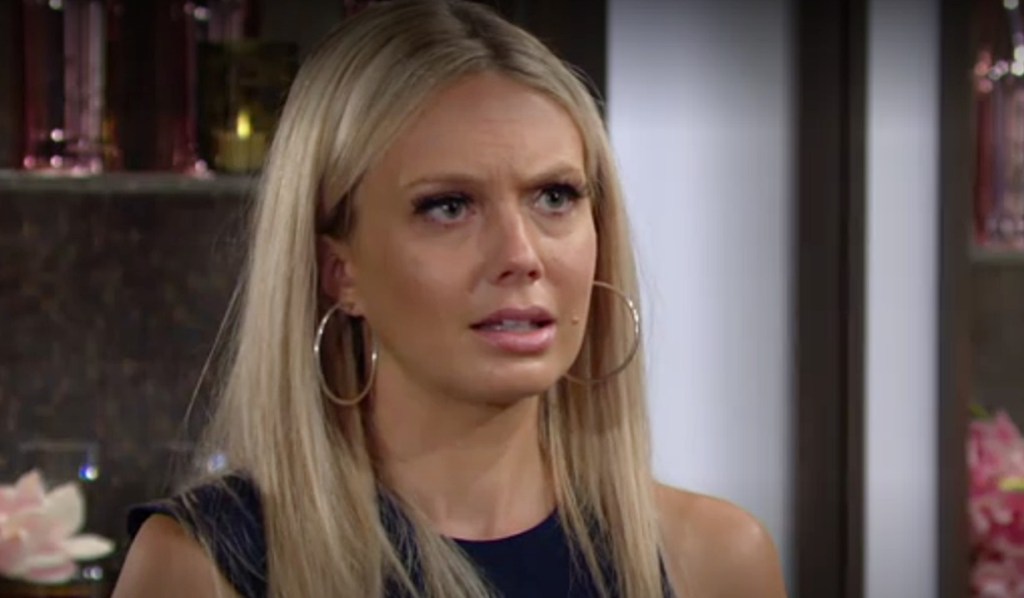 At the clinic, Amanda tells Billy he can go, but he wants to donate blood first to thank Nate for saving Katie from the bee sting. The guys chat about doctoring and Nate muses sometimes you can’t save someone no matter how hard you try. Amanda and Billy banter as he goes, then she joins Nate to flirt. Talk turns to patients he’s lost, especially Caroline and Hilary. He asks Amanda’s blood type – it’s a rare one – B negative. Nate seems shook – Hilary Curtis had the same blood type. Amanda insists she’s not related to her but agrees it’s weird, especially since she looks exactly like her and grew up in foster care. Nate feels it’s up to her if she pursues it. Amanda asks, “So where do we start?” Nate suggests she start by talking to Devon. Amanda’s determined to find out the truth. 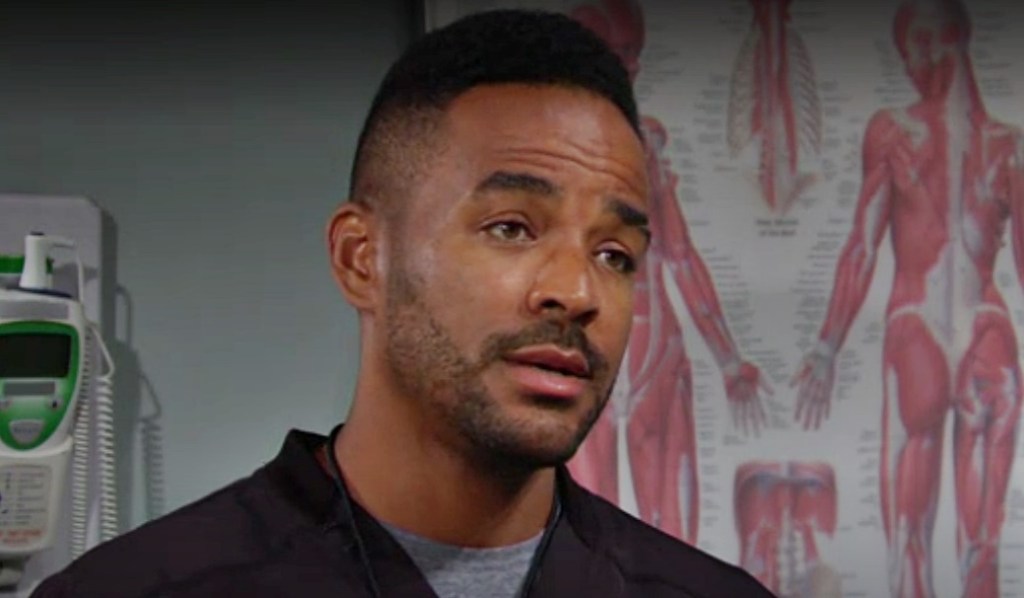 At Chance Comm, Billy and Theo discuss an author whose writing could stir the pot. They go over the limits on pushing the envelope and Billy urges Theo to tone it down but not all the way. He talks up Amanda as their lawyer. Theo thinks their work relationship seems perfect. Billy replies, “Almost.”

At Society, Theo spots Victoria and starts chatting. She asks if he’s hitting on her. Theo’s networking and reveals he’s working with Billy. He slides over his new business card and Victoria asks him to join her. Theo teases now it sounds like she’s hitting on him.

Next on The Young and the Restless Chelsea snaps.

Nick Stuns Kyle & Summer After Their...