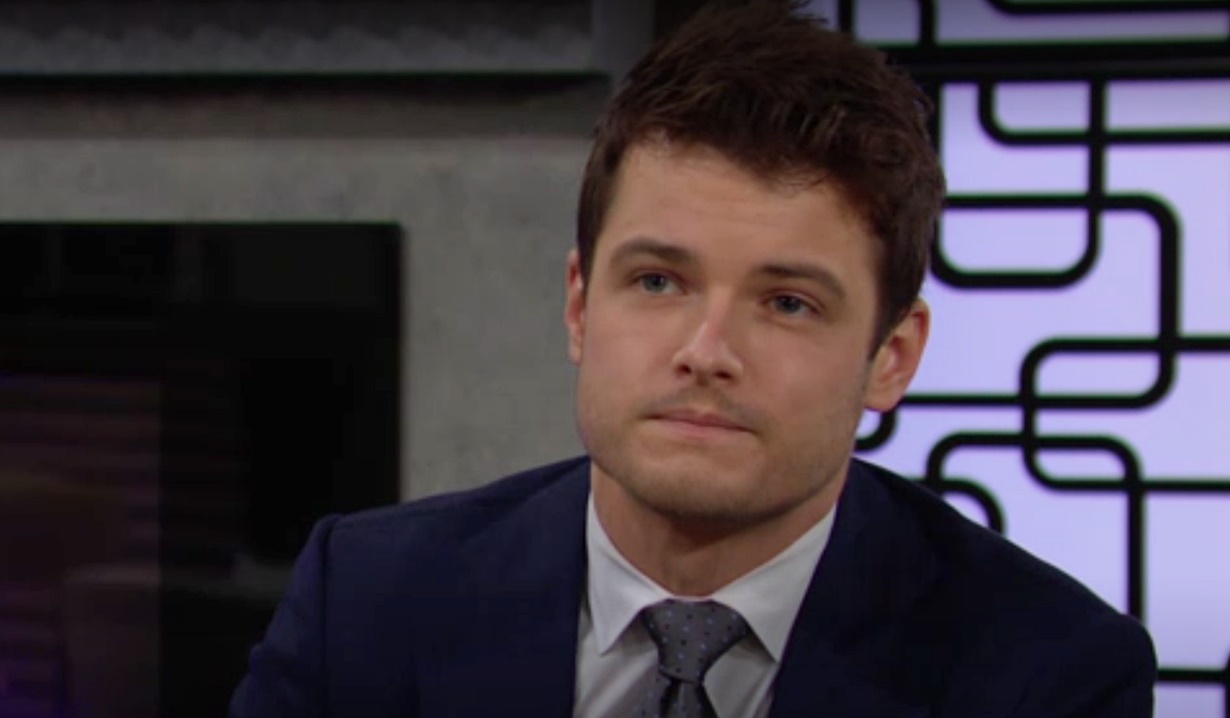 Mariah arrives at Sharon’s place and wants to know if her mother’s well enough for her to let her have it about Adam. Sharon’s irritated that Rey talked to her and argues that Kansas was an emergency. Mariah worries about her toxic relationship with Adam, which ruined things with Rey before. Sharon assures her she won’t lose Rey over this. After Mariah goes, Sharon grabs her purse and leaves.

At the penthouse, Adam’s irked that Chelsea called Victor over. Adam talks about knowing what’s inside of him and Chelsea disagrees. Victor asks her to take Connor to the ranch. After, Victor intends to prove that Adam’s wrong about himself. Adam sniffs that this is about Victor absolving himself. “You didn’t save me, Dad. You ruined me.” Adam feels if he’d got help as a boy, he may not have done the things he’s done in his life. Victor argues Adam was protecting his mother and denies they were worried he’d commit another violent act. Adam doesn’t believe him. Victor supports him getting help now. After Victor leaves, Sharon arrives. Adam reveals he’s considering leaving town for good – he can’t be the guy Chelsea and Connor need him to be. Sharon counsels he can’t run away from himself. They agree Sharon should focus on herself but Adam won’t see anyone else. “It’s time to say goodbye.” Sharon doesn’t believe he’s dark and toxic – helping him would help her. She asks him to give her another chance to prove he deserves saving. Adam grits, “Okay. I will stay.” 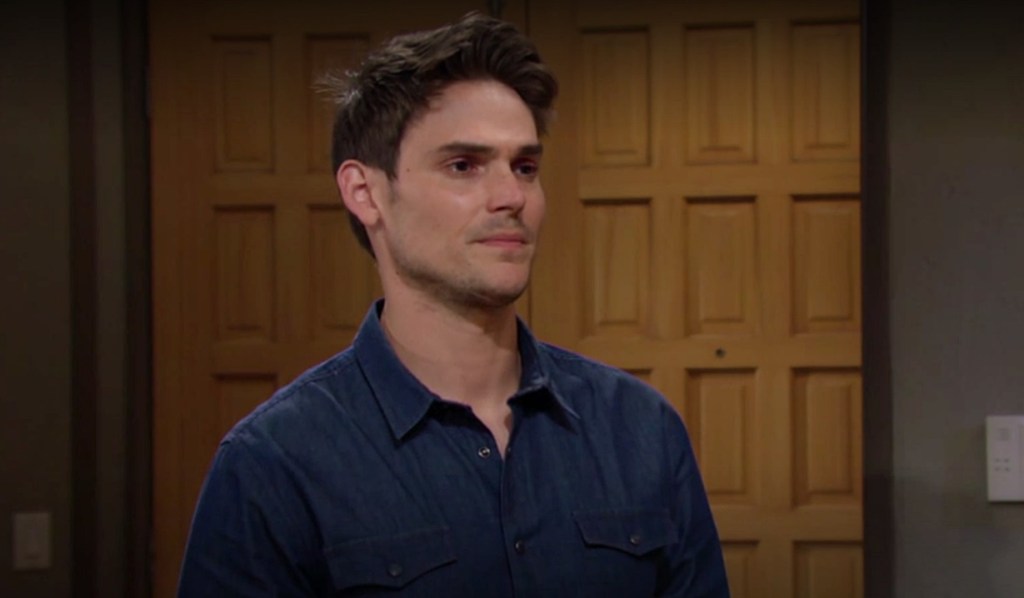 Theo cautiously enters Society – he didn’t like the way he and Lola left things and didn’t want to apologize by text. He’s sorry for putting her on the spot about Kyle after the night they spent together. Lola assures him it’s fine. In the kitchen, Lola finds Mariah waiting, concerned about her. Lola doesn’t want to discuss Summer and Kyle, so Mariah talks to her about Sharon getting sucked into Adam’s problems. Lola’s concerned about Rey, but won’t underestimate him. Mariah asks about Theo. Lola hedges he may have been right about something. After Mariah goes, Lola joins Theo to tell him he wasn’t entirely wrong about her Kyle issues. Theo assures her she can share what she’s feeling; they can figure it out together. 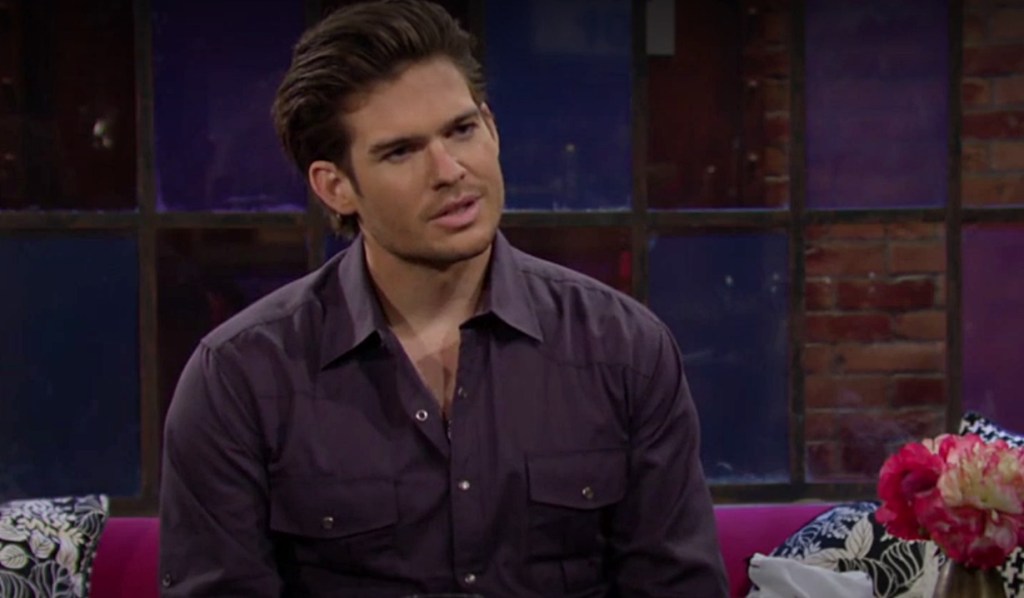 Kyle joins Summer at Crimson Lights to formulate a plan of attack. They wonder whether to battle her mom or her dad first.

Nick enters Phyllis’ suite. They flirt and Nick thinks they’ll be a ‘little late’ to hang out with Summer and Kyle. Downstairs, Kyle and Summer wonder, “Where are they?” Upstairs, after sex, Nick tells Phyllis he had a good chat with Kyle. He doesn’t think he’ll push things too far too fast. In the lounge, Kyle and Summer watch Phyllis and Nick emerge from the elevator and propose drinks…lots of drinks. Phyllis wants to know what’s going on. Kyle admits they’ve something to tell them. Nick and Phyllis grimace – are they engaged, pregnant, or both? Summer reassures them, and Phyllis exhales. Summer explains they’re moving in together. Nick wants them to wait until Kyle’s divorce is final. Summer follows Nick to the bar and reveals they want to live in the house he’s building. Summer promises she’s happy. Meanwhile, Phyllis tells Kyle that moving in together is good – Summer can keep an eye on him. She warns if he screws her daughter over again, she’ll concoct a new Kyle Abbott cocktail – it will be the weakest drink they have. The foursome reconvenes and Nick announces Kyle and Summer can have the house when it’s finished.

At the ranch, Chelsea and Nikki discuss the situation with Adam. Nikki hopes this doesn’t lead to the end of her and Adam. Chelsea accuses her of being gleeful at the idea and thinks it’s because she hurt Nick. She’s tired. Nikki softens, but warns her she may not be able to protect Connor. Victor arrives – he couldn’t get through to Adam. Chelsea will try again in the morning. Victor declares he needs their help now more than ever. 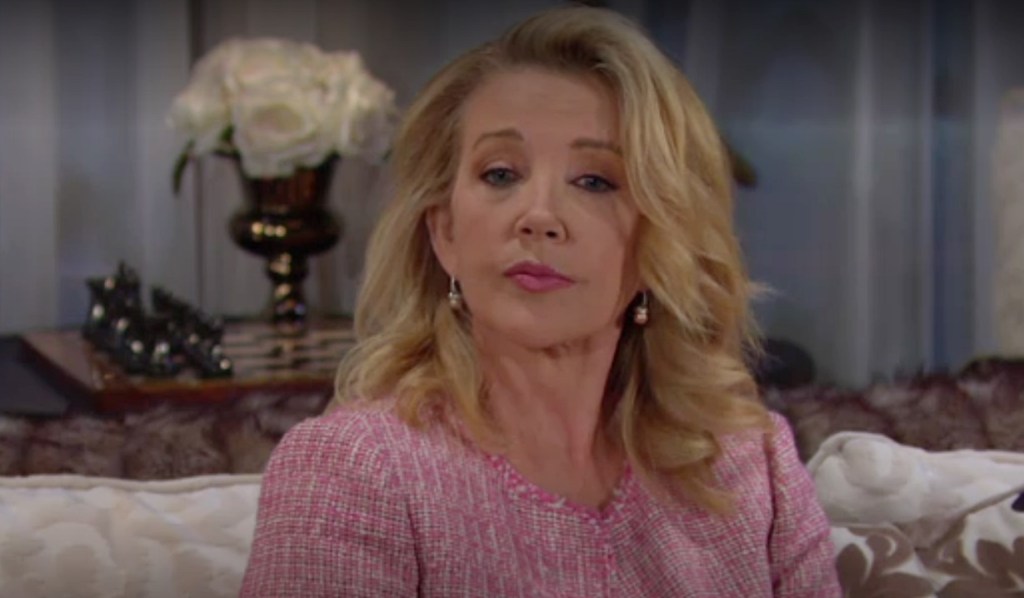 Mariah enters Sharon’s place and finds her gone. She sighs, “You didn’t? Did you?”

Next on The Young and the Restless Victoria mixes business and pleasure.

Rey Walks Out After a Fight With...

Victoria Deals With a Threat at...