Thursday August 27, 2020: On today's new episode recap of Young and Restless, Chelsea shows up in Kansas, Nick and Victor have it out, and Elena's questions irk Nate. 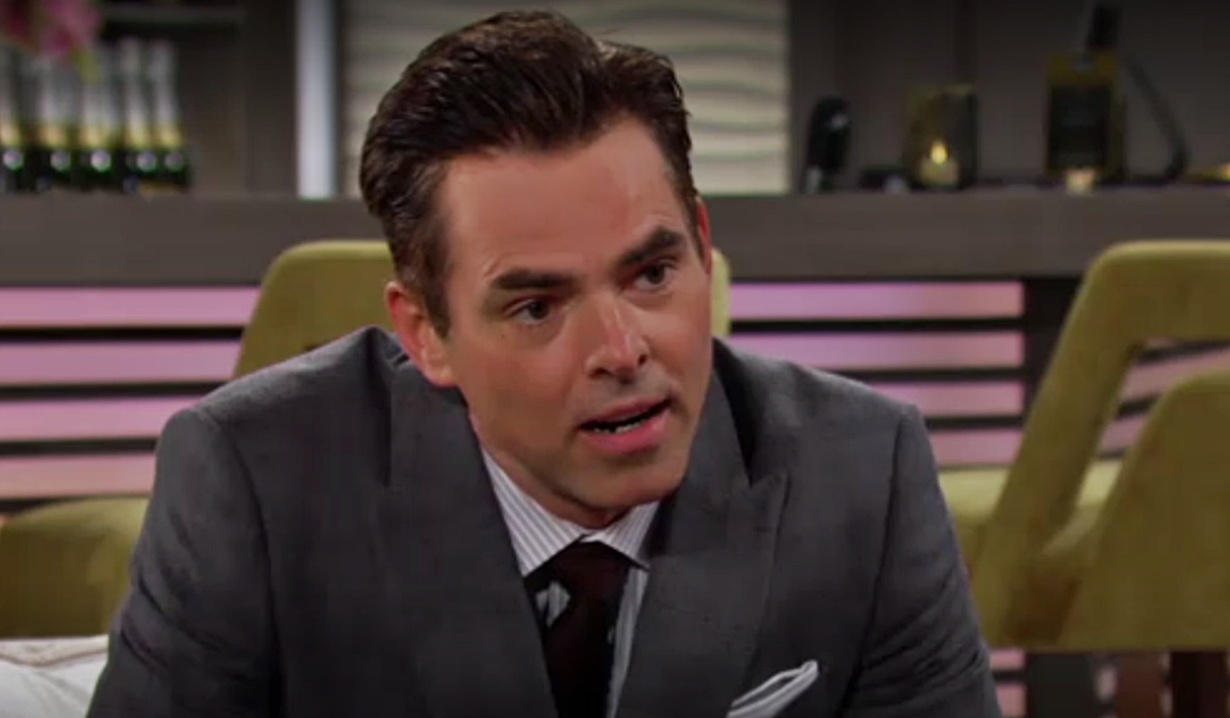 At the ranch, Victor leaves Sharon a voicemail to call him about Adam.

At the penthouse, Chelsea thanks Nikki by phone for taking Connor – she’s not sure how long she’ll be in Kansas.

In Kansas, Adam tells Sharon he flashed back to AJ on the floor dead – he killed him. He recalls his rage and Sharon warns him not to judge himself. Adam argues he didn’t feel remorse. Sharon thinks his mind blocked out the guilt. Adam’s unconvinced and exhausted. Sharon agrees to stay. Once asleep, Adam flashes to being on the floor as a boy with AJ sneering that he has the killer instinct. After, Hope’s voice says, “It’s okay, it’s all over now.” He awakens to Sharon comforting him. They share a close moment as she says, “You have people who care about you.” Adam goes for a drink and Chelsea appears. She snarks it looks like everything’s working out just as Sharon planned and is livid about Sharon trying to be his savior. “You still can’t let go of him.” Sharon wants to focus on Adam’s breakthrough. Adam reappears and Chelsea wants to go home. She dismisses Sharon, “You’ve done enough.”

At the clinic, Elena questions Nate about his dates with Amanda. Nate’s irked – she’s asking a lot of questions about his personal life. Later, he wonders if she’s been grilling Amanda too. Elena apologizes. Nate sighs – they’re just casually dating and he’s sensitive about ‘happily ever after’ due to his history. One day, he wants something as good as Elena and Devon have. 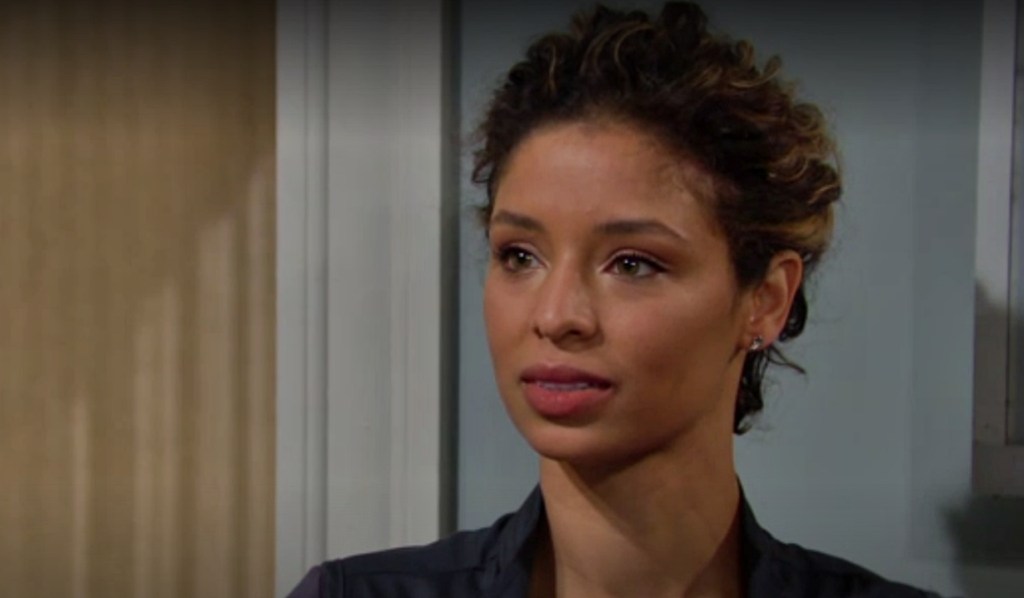 At Grand Phoenix, Victoria’s called Billy there to give him a story that will make him famous and has to do with Adam and Victor. Billy’s keen. She fills him in on everything surrounding AJ Montalvo’s death. Billy wonders why she brought it to him. She feels it will benefit both of their businesses – he’ll have to be discreet. Billy realizes she and Victor are further apart than ever. Victoria feels heroes eventually disappoint you. She’s getting signals from the ‘old guard’ at Newman they want Victor to handle her – this is her way of dealing with it.

At Chancellor Media, Lily questions Amanda about her relationship with Billy. Amanda confirms they were friends, but nothing else was going on. She respects the job, and Lily, and won’t compromise what they’re building. Lily has a lot of respect for her too, but they can’t afford to make mistakes. Billy enters and excitedly fills them in on Victor and his prodigal son, Adam, going down. Amanda questions his source. Lily guesses it’s Victoria and worries Victor will sue them into oblivion. Billy argues this will make them. Lily learns he has no proof and says he’s unbelievable. Amanda relays they need proof or proof the evidence was destroyed. Lily goes for air, and Billy thanks Amanda, who is concerned about the risk. Billy wants to celebrate, but Amanda thinks he has work to do. Later, Lily warns Billy he’s too close to this and moving too soon could ruin Chance Comm. She warns him not to right a line yet. He’s confident her reservations will disappear and promises he’ll do everything necessary to back up the story.

Victor arrives at Society and tells Nick that Adam’s in a very bad state. Nick figures he’ll find a way to use the trauma to his advantage. They argue about Victor making excuses for Adam his whole life. Nick feels bad for Victoria, who finally staked her claim after being pushed aside repeatedly. Next, they argue over Adam seeking help from Sharon. Nick hollers that Adam will be just fine and isn’t the one Victor should be worried about – Connor is the one who stands to be hurt most. Victor goes over why he’s protective of Adam – he would have done it for any of them! Nick argues he wouldn’t have done the same for his son as Victor did for Adam, but Adam would have…that’s why he’s Victor’s favorite. 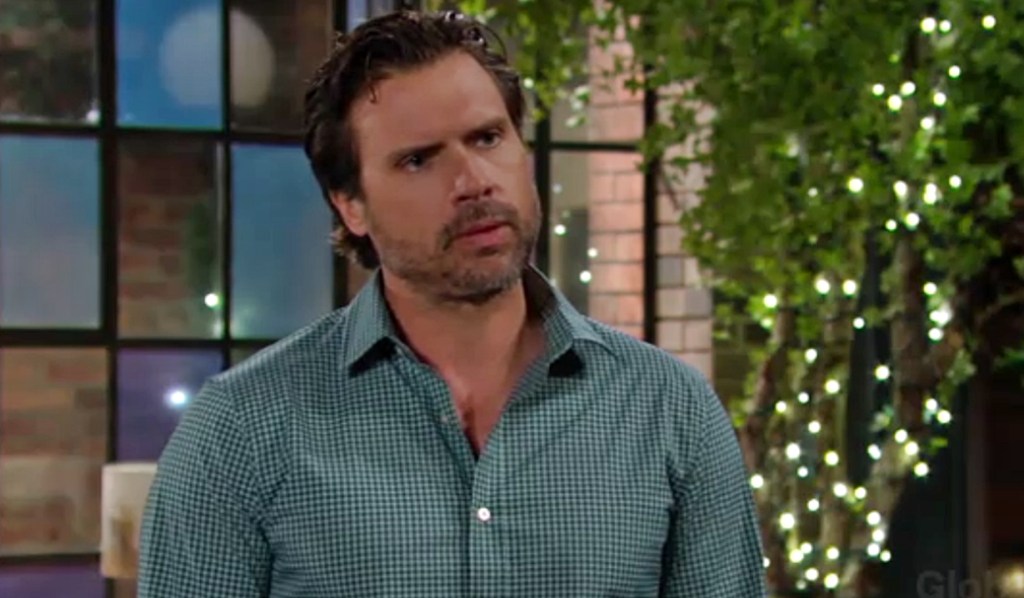 At Grand Phoenix, Amanda and Nate discuss work and talk turns to Billy. Amanda alludes to his big story with no evidence. Nate thinks it sounds risky. Amanda concedes it could put the company on the map and marvels that Billy’s like an evil genius. Nate notices Billy gets under her skin. Amanda has mixed feelings about him; he’s always trying to push the envelope – it’s exhausting being the safety net. Nate thinks it sounds like Billy needs her – they’re a good team, like him and Elena.

At the clinic, Elena leaves Devon a message that she’s thinking about him, then looks unsettled.

Next on The Young and the Restless Lola and Kyle share a charged moment. 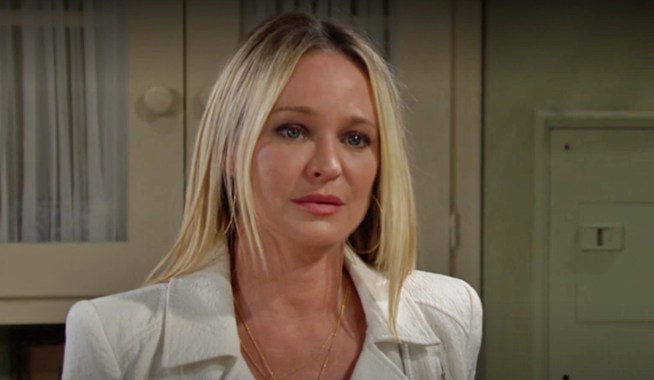 Sharon Finds Adam in Anguish As His Murderous Memories Return 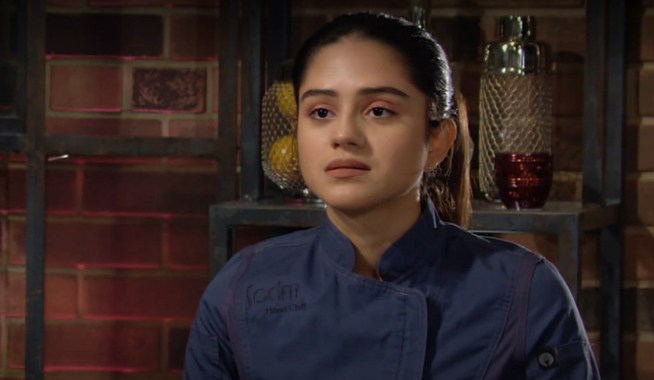