Sharon Finds Adam in Anguish As His Murderous Memories Return

Wednesday August 26, 2020: On today's new episode recap of Young and Restless, Summer makes a decision, Theo and Lola's date goes late, and Sharon puts one over on Chelsea. 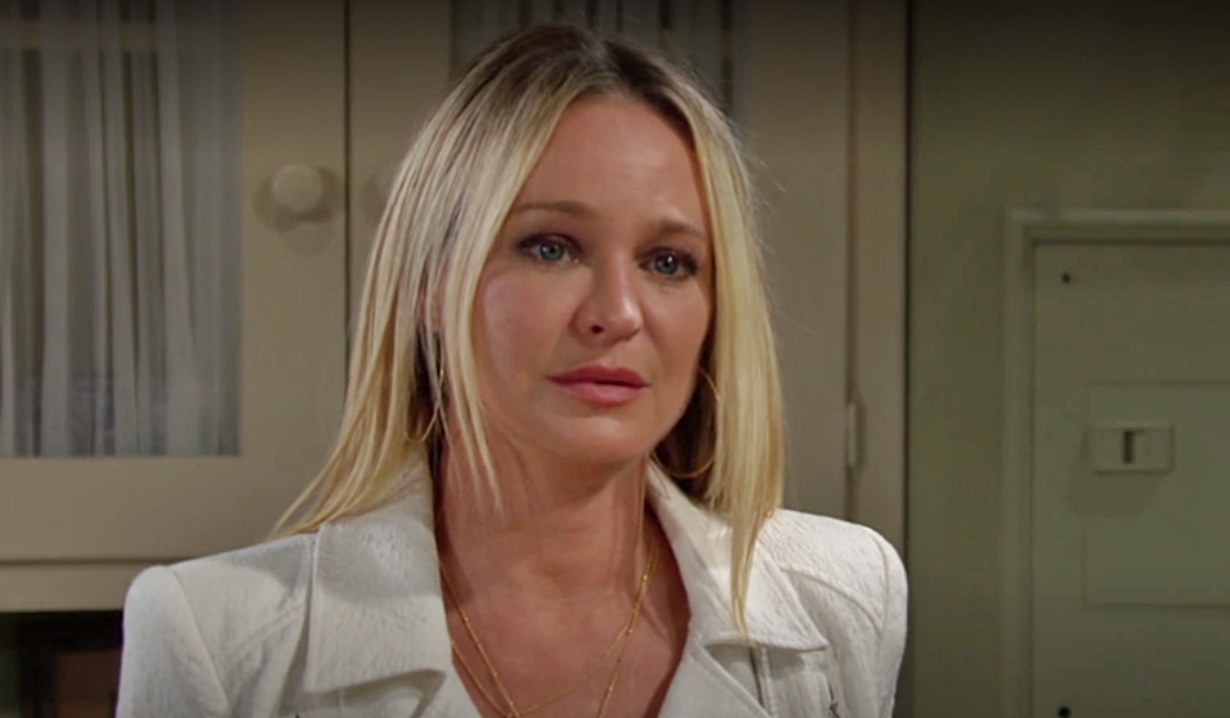 Chelsea arrives at Sharon’s place and tells her Adam didn’t come home – she doesn’t know where he is and fears this time he could be gone for good! Sharon’s skeptical, which causes Chelsea to lash out. Rey intervenes and she apologizes. Chelsea wonders if he went to Vegas. Sharon notes it’s only been a couple hours, and Rey’s sure he can take care of himself. After Chelsea exits, Sharon tells Rey she’s going to Kansas. She calls Victor, then explains to Rey that Adam will be trying to fill in missing pieces. She didn’t tell Chelsea because she can’t even control herself. Rey agrees to her flying but tells her after this, unless she gets approval, she’s not going anywhere. Sharon glowers. Rey reminds her they broke up over Adam before. Sharon loves him for being protective but can’t abandon Adam now. Rey decides to go with her.

Adam arrives in the farmhouse in Kansas and looks at the table under which he hid as a child. He searches around in drawers and comes across the tablecloth that hung down as he heard AJ fight with his mother. He puts it on the table and gets underneath.

Chelsea arrives at the ranch and tells Victor that Adam’s missing – they have to find him before they run out of time. She recaps that his memory started to come back after seeing Sharon and wants to use the jet to go to Vegas. Victor says Adam’s in Kansas and Sharon took the jet there. Chelsea wants him to stop the plane and rants. Victor thinks he needs professional help – a storm’s about to be unleashed in his head. Chelsea wants to be there. Victor argues there’s nothing they can do for him.

Theo enters Society and is blown away by Lola in her date dress. She wants a hint about the date, and he teases her it’s something very near and dear to her heart. 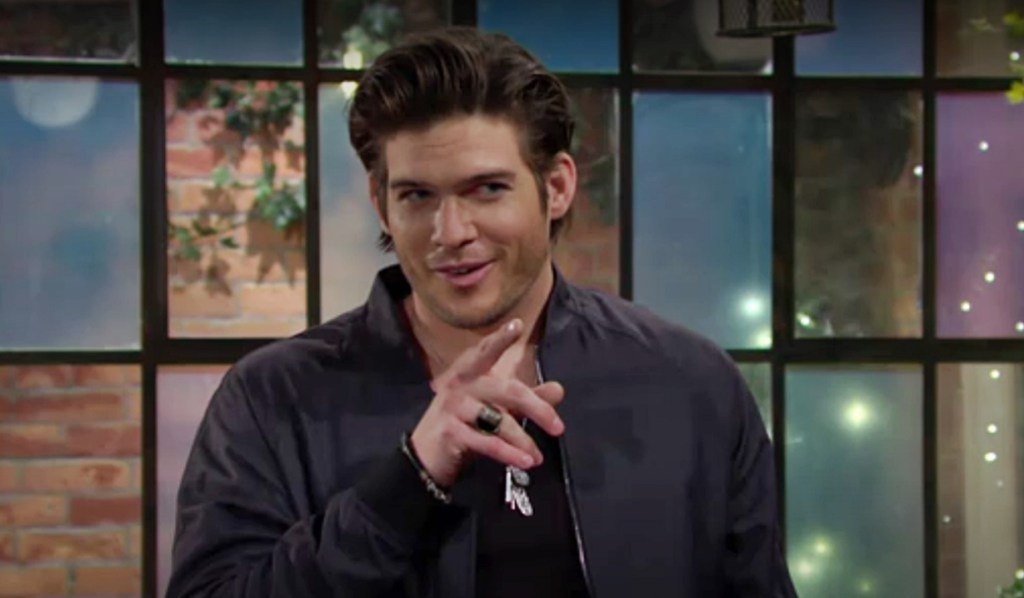 At Crimson Lights, Summer and Kyle talk business. They won’t have trouble replacing Theo and marvel over the new acquisition. Summer announces she has plans…and they include Kyle. He follows her out.

More: Gallery, how to fix Y&R

In the park, Summer has a romantic picnic set up for Kyle and gushes she wants to spend more nights, and perfect days like this, with him. They cloud-watch and see one that looks like Nick. Kyle tells Summer her dad ambushed him the other day, so he joked they were in an open relationship. They realized they have loving her in common. Summer wants to tell Kyle the real reason they’re there and goes over how their lives have been interwoven before saying, “Let’s move in together.” Kyle acts shocked and she worries he’s having reservations. Summer pitches finding their own place and making a home together. Kyle finally teases it’s got to be more fun living with her than without her, and says he wants to start practicing cohabitating now. 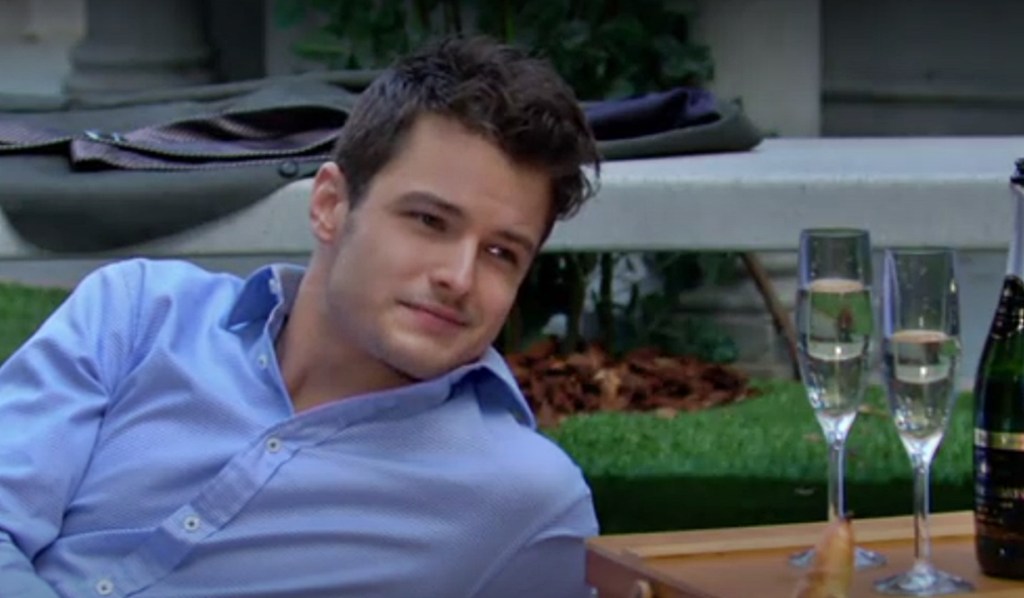 On the coffeehouse patio, Lola and Theo are stuffed after visiting a food truck festival. He still wants to take her to Manhattan, but she prefers casual. Theo’s agreeable. They decide not to go up to Lola’s apartment since she shared it with Kyle, and she suggests going to Theo’s place instead. Theo wants her to come over – more than she knows – but it’s messy. Lola’s undeterred – she grew up with brothers.

At Grand Phoenix, Lola waits outside the door while Theo scrambles to tidy his room. When she enters, she realizes he’s nervous. He needs her to be sure about this – if they do this it changes everything. Lola assures him it’s not a rebound situation. “I want to be here with you.” She closes the door with the ‘Do Not Disturb’ sign on it. Meanwhile, in Kyle’s suite, Summer’s excited to live together. Kyle unbuttons his shirt and closes the door.

In Kansas, Adam’s memories return as he remembers confronting AJ, running at him, then seeing him dead on the floor. He’s gasping, “What have I done?” as Sharon appears.

Next on The Young and the Restless Victor warns Nick and Lily challenges Billy. 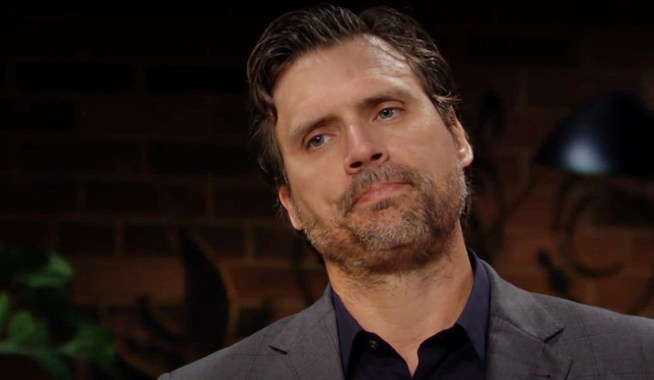 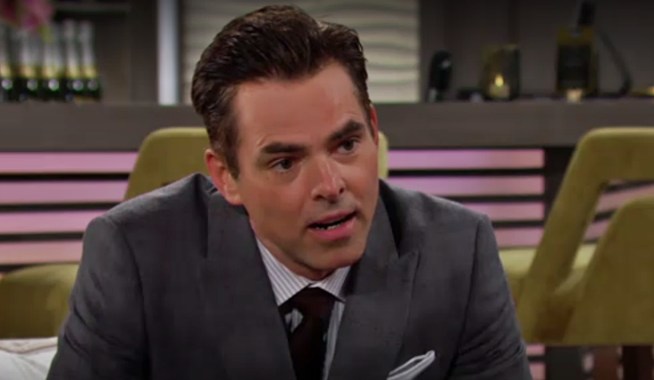