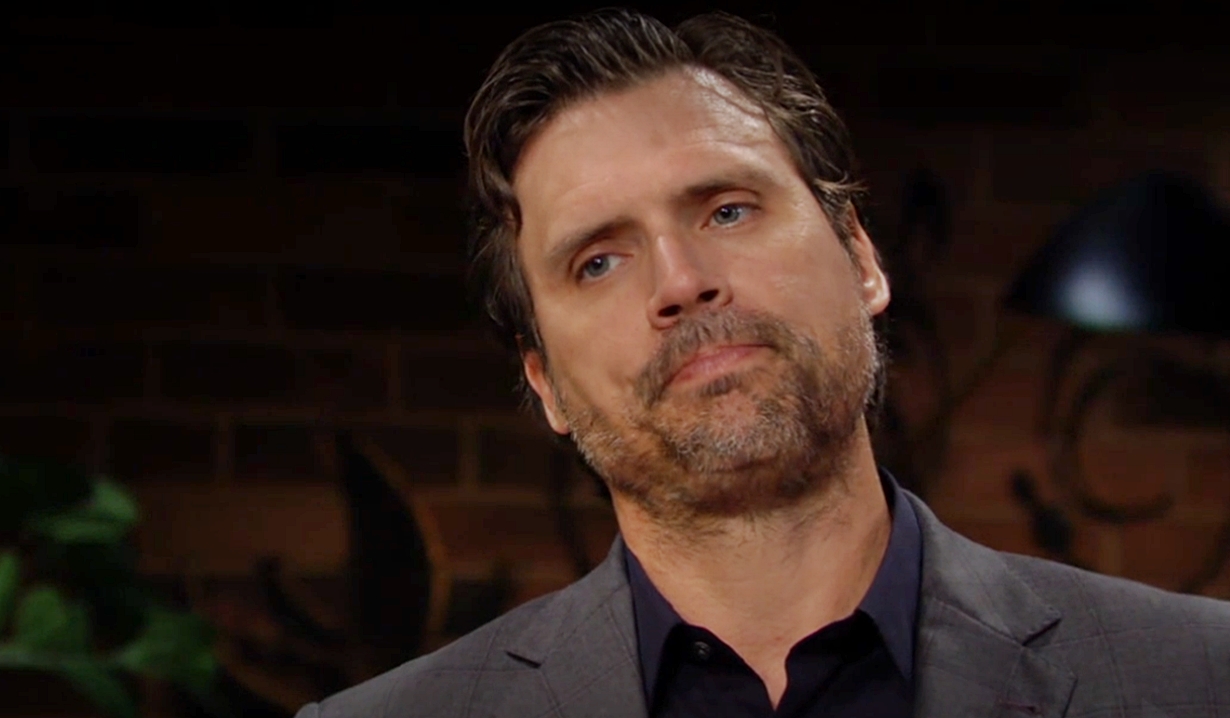 Nick finds Summer working on Crimson Lights patio and advises her to check her email. He exits grinning as she reads an invitation.

Nick arrives at the clinic and advises Elena to let someone do something for her. She finds an email invitation in her inbox as he leaves.

At Society, Abby and Nikki discuss Victoria taking over Newman and Nikki being COO. Abby steps away and Nick appears to ask his mom to check her email. Nikki isn’t keen as the invitation mentions Grand Phoenix, but he explains it’s the perfect escape. She reads, “One night of fantasy and indulgence…” Nick goes, and Abby reappears. She has an invitation too but isn’t interested. 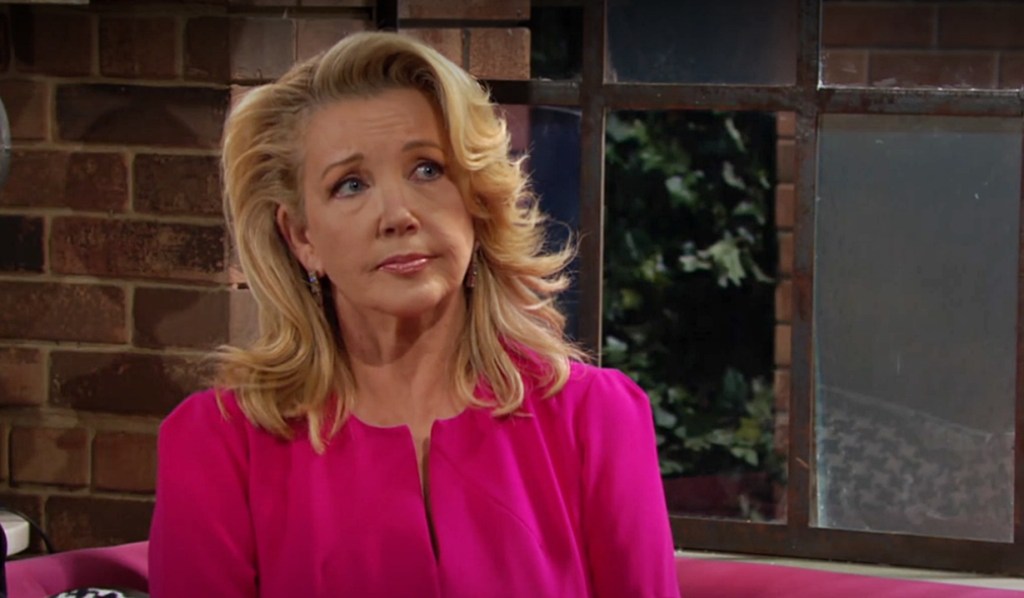 At Chancellor Media, Lily urges Traci to take her job offer, but she needs more time. Nick appears and invites them to the women’s escape. The ladies are tickled.

At Grand Phoenix, Nikki and Summer arrive, bewildered about what’s happening. Summer’s working and Nikki insists she put her phone away. Lily and Traci enter, wondering how Phyllis will cater to them individually. Lily thinks she’ll pull it off. Elena appears, and Abby arrives with Amanda, who’s surprised Abby was invited. Abby’s looking out for her investment. Phyllis welcomes them all – she’s planned a personal escape for each based on their preferences and desires. After the women have dispersed, Abby questions her instructions, which tease ‘the eyes have it’. Phyllis chides her to just go with it. Abby calls someone to ask about the new security cameras as she tries to outsmart her hostess. Eventually, she learns they’re outside her room.

More: Who will Courtney Hope play on Y&R?

In their suite, Traci and Lily are thrilled with the tea set up for them. Traci recalls taking Colleen to high tea and tears up. They talk about Colleen. Traci is grateful she had Lily as a best friend and feels she’d be proud of her. Talk turns to Billy. Lily thinks they’ve had a breakthrough working together and Traci decides she’d like to work with them. Lily is super happy – she saw Colleen as a sister and loves Traci. 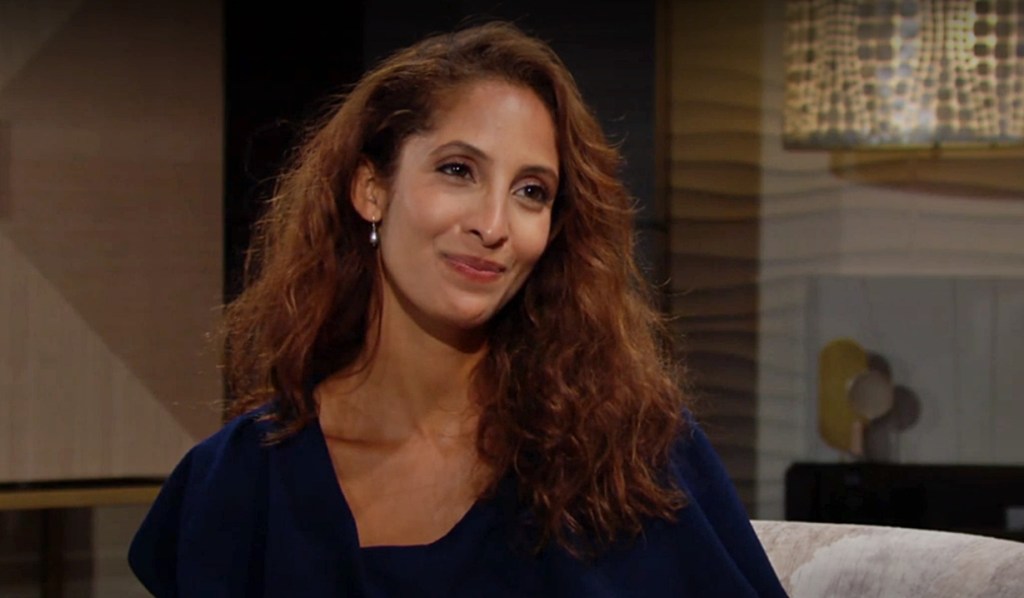 In another suite, Amanda and Elena have had a whirlpool and pedicure. Elena admits it’s her first. Amanda teases her toes need to be on point now she’s dating a billionaire. They joke and bond over not having many friends. After massages, they talk about Billy being adventurous and Nate being solid. Elena thinks Nate’s gorgeous and teases Amanda. They’re glad to have moved past their initial differences and decide they’re girlfriends.

Outside her suite, Abby warns Phyllis through the security camera that she won’t get loaded on champagne and forget she’s trying to play her…but she takes the bottle into the suite. Inside, she searches, finds a nanny cam, and unplugs it. Pleased with herself, she opens the bubbly. Later, she finds a note saying, “Well played, adventure is in your blood. I know you better than you think.” Phyllis pops by and thinks Abby had fun.

Nikki’s jaw drops when she opens her suite door. Soon, she’s seated at a piano with sheet music for ‘Sonata for Nikki’. She begins to play… Later, Phyllis opens the door and applauds. Nikki gushes, “This was really wonderful.” 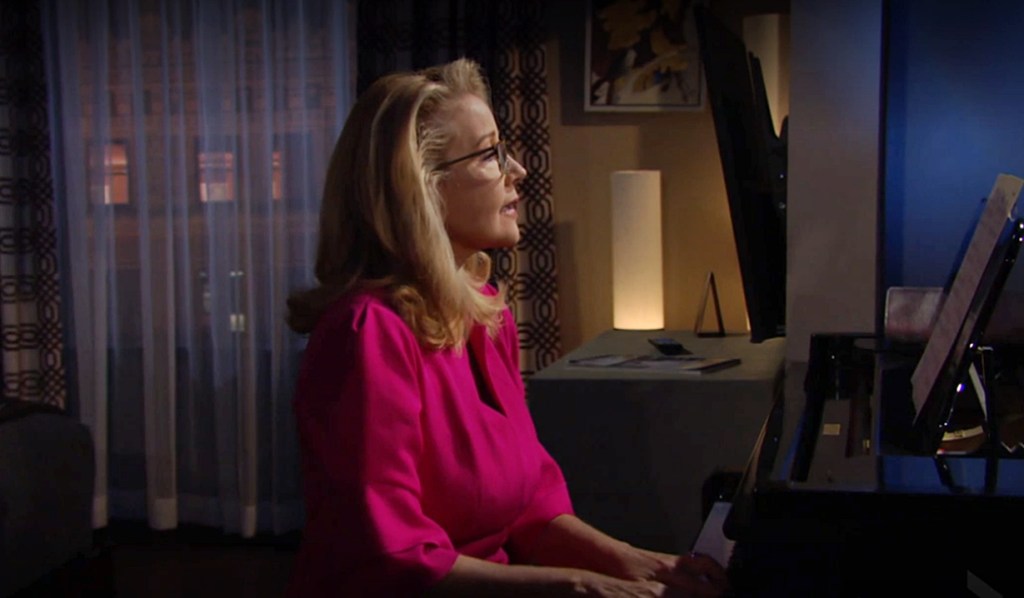 In Summer’s suite, she laughs as she plays a dance video game in pajamas. Later, Phyllis arrives and receives thanks from her daughter.

More: Dumbed down writing for Phyllis must stop

At Society, Lily and Traci agree they loved their experience. Nearby, Elena worries about the cost, but Amanda loves the idea of a women-only club. Abby enters and says it was a pleasant surprise. They all agree with Phyllis’ pitch – they’re worth it.

At Grand Phoenix, Phyllis wonders if she’ll hear back and contemplates doing another night for the women who couldn’t make it like Victoria and Sharon. Summer urges her to relax. Soon, Phyllis gets texts from the women – they’re all in – even Abby!

Next on The Young and the Restless Lola tests Theo and Victor makes a move to help Adam.

Sharon Finds Adam in Anguish As His...