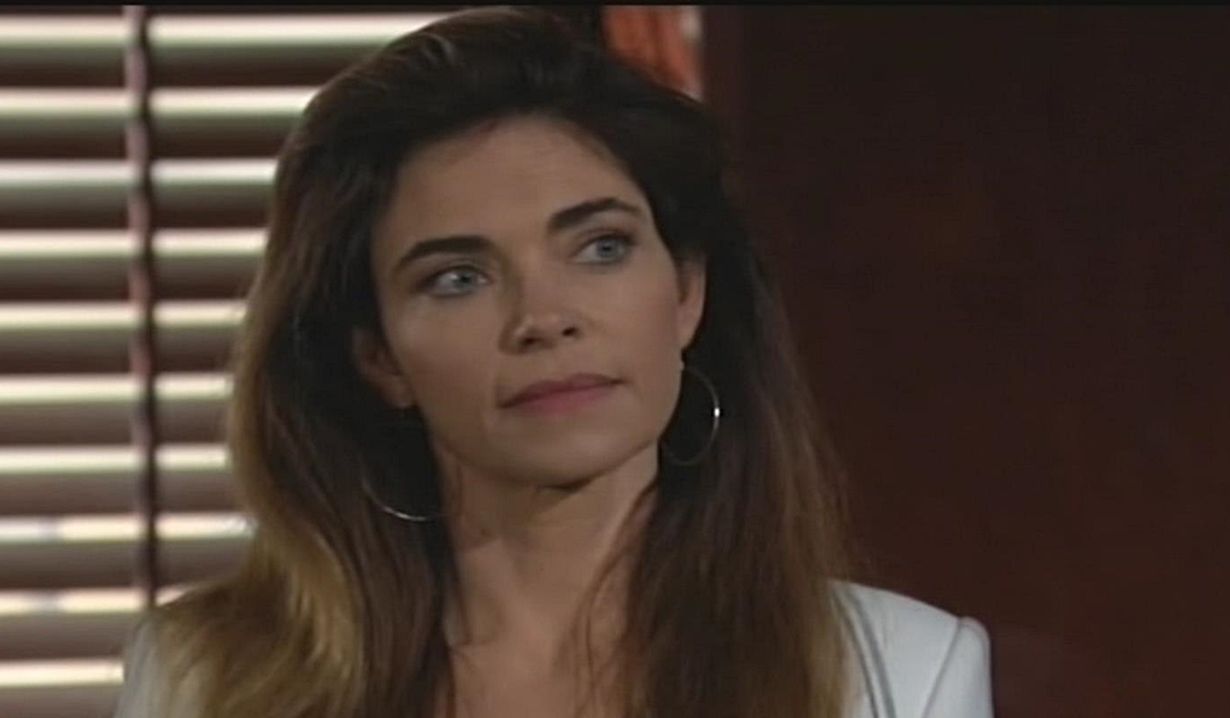 At Sharon’s place, Chelsea tells her she won’t be helping Adam. Sharon questions Adam not telling her himself. Chelsea warns her not to read into that – it was a mutual decision and she should respect it. Sharon argues for him to work through it. Chelsea says she knows Adam best and he needs to leave the past in the past or it will destroy him. Sharon wonders what if the memories return and he’s unprepared? Chelsea snaps that he can’t handle more pressure.

Adam reluctantly lets Victor into the penthouse. They go over Adam blocking out killing AJ and Victor thinks it’s best to move on. Adam thinks that’s impossible since Nick and Victoria know now. Victor will take care of them. He gets a call from Nikki about a press conference being set up at Newman and asks her to ensure Victoria doesn’t expose Adam. Adam calls Chelsea and warns her Victoria may be planning to publicly accuse him of killing AJ.

Victoria visits Billy at Chancellor Media about the story she mentioned previously, which has evolved. After she fills him in, Billy muses that it’s a big risk. Victoria replies that it would mean he’d win…she’s confident he’ll say yes. Later, Amanda has heard about Victoria’s plan. Billy confirms it will bring a Newman war. He feels they should get in on this but needs his lawyer’s advice. 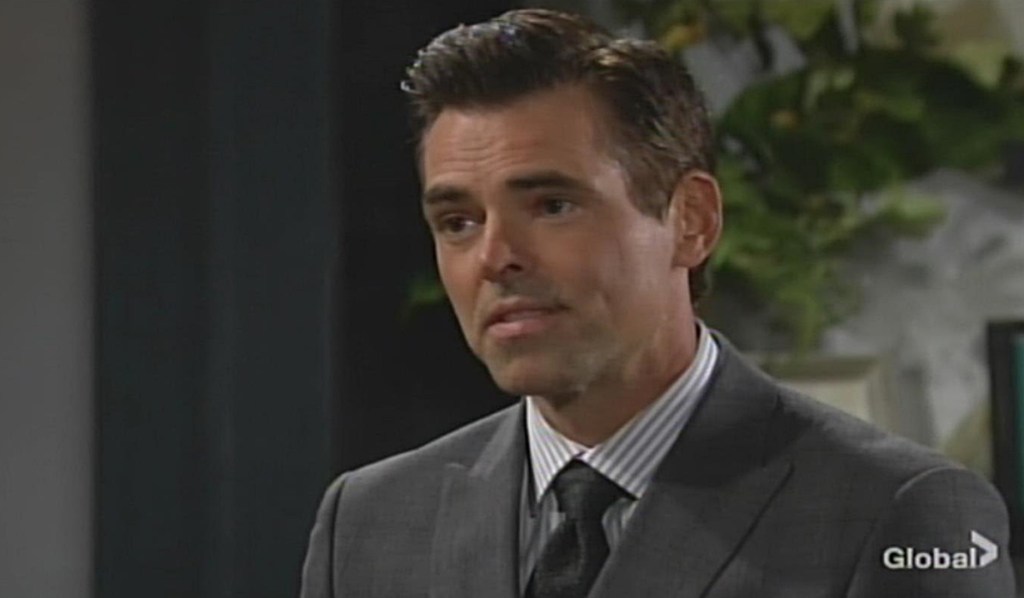 In Phyllis’ suite, Nick surprises her with breakfast in bed and they banter. He takes a call and can’t make a comment. After disconnecting, Nick relays Victoria’s having a press conference. Phyllis invites him to stay, but he has to go to Newman and find out what’s going on.

At the Abbott mansion, Traci’s keen to find the old home movies of the family to give Dina back her past. Jack can’t think of anywhere else to look. Traci brings up Theo and Jack assures her he hasn’t cut him out. Talk turns to Victoria making a move to solidify her position at Newman, then Jack gets a call from her advising everything’s on track. Later, Abby joins Traci and recalls seeing boxes of family mementos at Dina’s in Paris. Traci calls for the boxes to be sent. 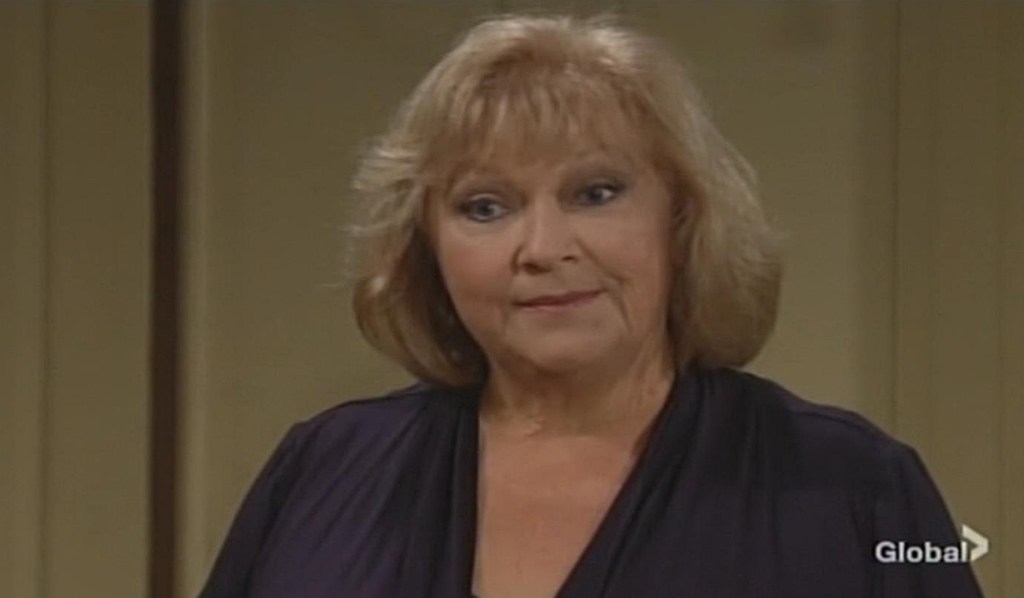 Nikki enters Victoria’s office, questions the press conference, and warns her not to reveal the family’s personal business. Victoria wishes she had faith in her. Nikki hollers she cannot go out there and blow everything up. Victoria made the best decision for the family and company and won’t change her mind.

At Grand Phoenix, Nikki informs Nick she has no idea what his sister’s up to, but she wouldn’t rule out an announcement about Adam’s past. Nick had doubts she’d give up that leverage. They decide to watch online.

At Sharon’s place, Chelsea frets as Sharon puts on the livestream of Victoria’s presser. 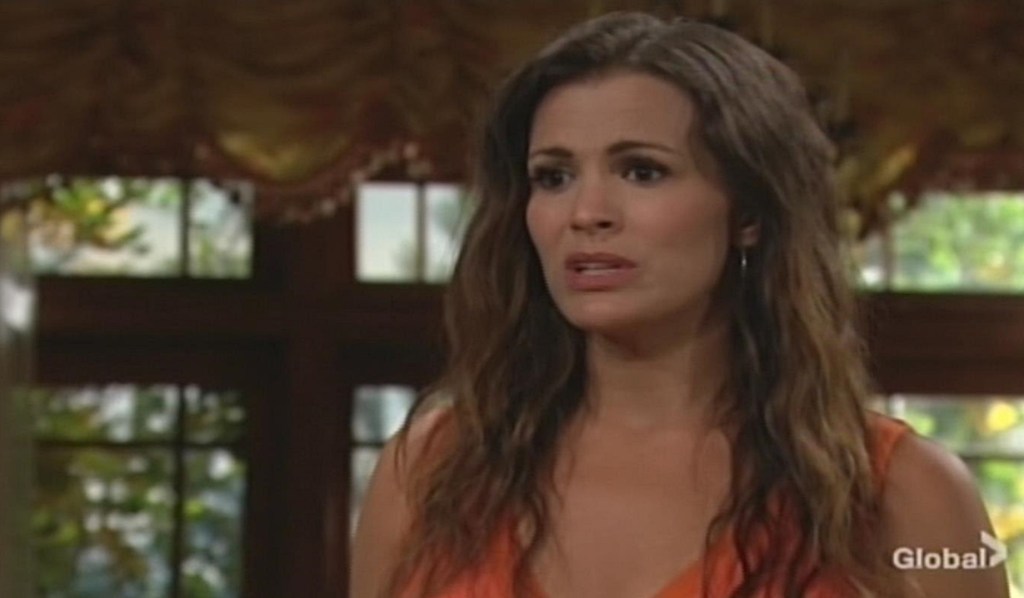 Victoria’s press conference begins as Genoa City residents watch all over town. She announces she’s officially back running Newman Enterprises permanently. She’ll capitalize on growth potential and notes her father taught her leadership is about accountability.

In the penthouse, Adam tells Victor, “She’s going to do it.”

At the presser, Victoria acknowledges Jack Abbott and Billy Abbott, off to her side. She mentions their companies before saying she’ll streamline Newman Enterprises’ operations. Jabot will purchase Newman cosmetics, with Chancellor Media taking the media division.

At home, Adam tells Victor that Victoria’s calling the shots and there’s nothing they can do. Victor smirks, “We’ll see about that.”

At Sharon’s, Chelsea’s relieved Victoria didn’t mention Adam and is stunned when Sharon references her incision and reveals she had breast cancer surgery. Chelsea’s apologetic. Sharon feels it should indicate how important she believe it is for Adam to have support.

In Victoria’s office, Victor asks what she thinks she’s doing selling off parts of his company and assumes it’s payback for her to sell to Billy Boy Abbott and Jack. Victoria advises him to help Adam with his deep-seated problems. Victor warns she’s playing with fire. Nikki interrupts their raised voices. Vikki goes to see a reporter and Nikki’s relieved she didn’t expose Adam. Victor says he doesn’t remember – hopefully he keeps it that way. 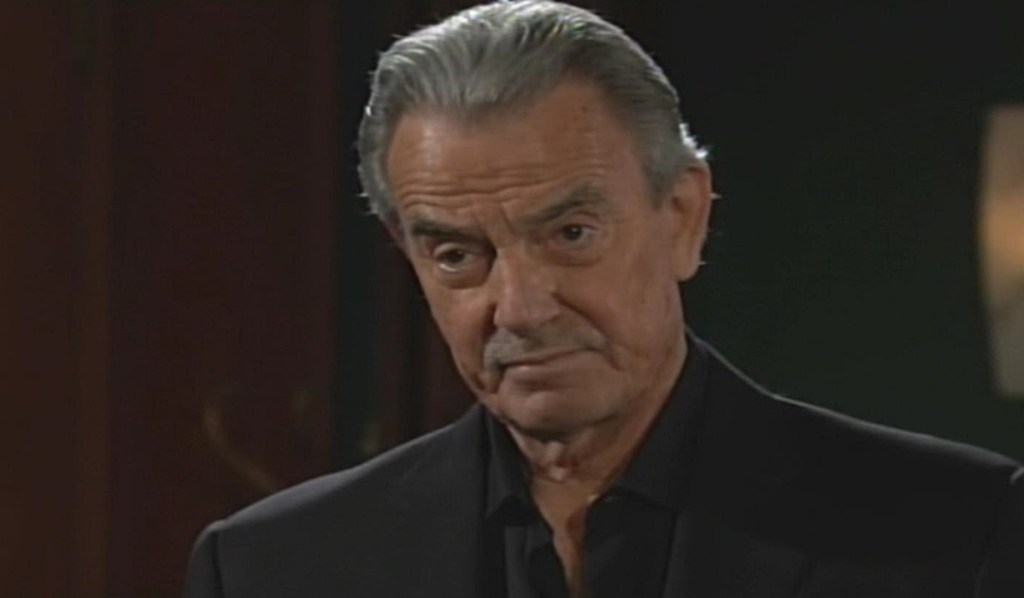 Nick rejoins Phyllis in her suite. She questions Victoria getting back the chair and wonders what she knows to have gotten away with what she just did. Nick thinks she’s learned you have to demand their father’s respect.

At the penthouse, Adam tells Chelsea that he watched the presser with Victor, who seems protective. Chelsea reveals she saw Sharon, and she’s changed her mind. If he can be brave enough to face it, she can too.

Next on The Young and the Restless Traci and Jack want answers, and a Newman family member must choose sides. 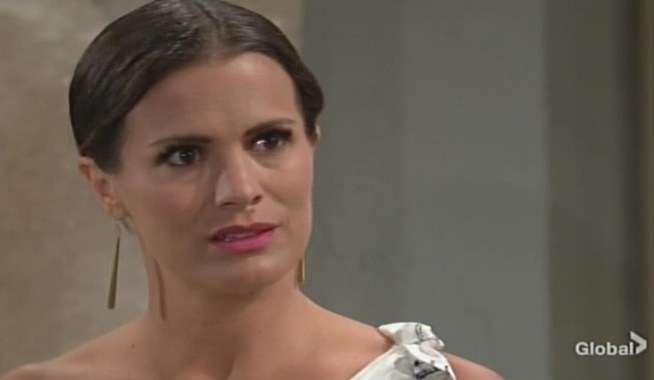 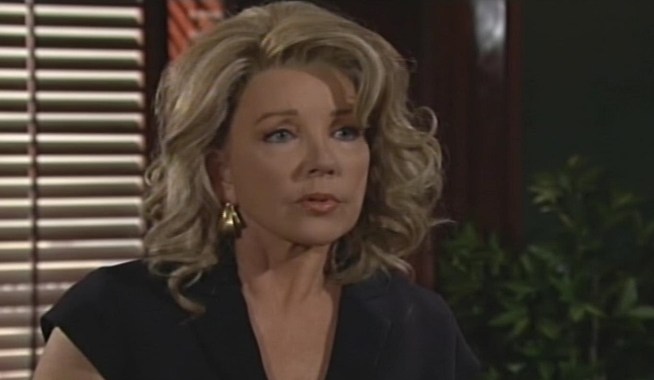