Tuesday August 11, 2020: On today's new episode recap of Young and Restless, Billy and Lily disagree on a new hire, Nick makes Abby a significant offer, and Amanda's shocked by what she sees in Phyllis' room. 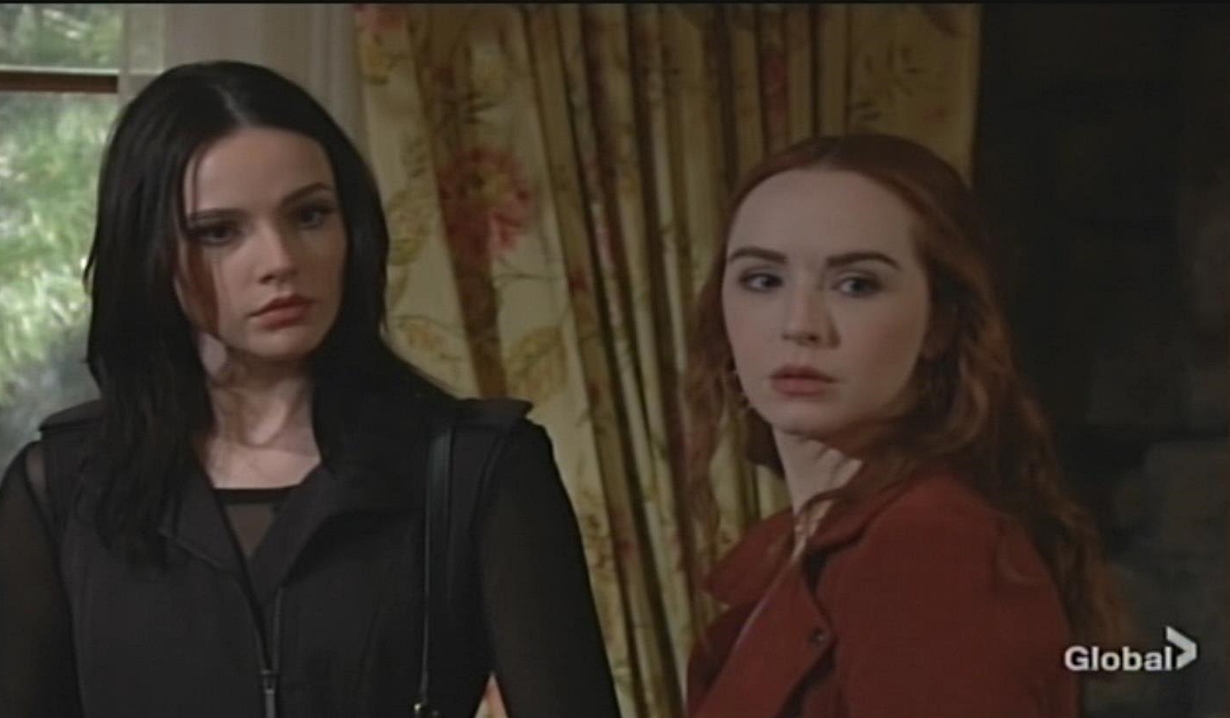 Abby finds Jack deep in thought in the Abbott living room. He’s thinking about Dina, family…and Theo. He’s questioning the idea of pitting Theo against Kyle. Abby argues that Theo’s a screw-up. Jack reminds her he’s family and quips, “Thank God you and I know nothing about stirring up trouble.” Abby assures him Theo seems to land on his feet.

At Society, Theo spots a bag of takeout for Chancellor Media, gets an idea, starts writing, then tucks the note into the bag.

At Chancellor Media, Lily asks Billy about being deferential to Amanda – she senses an uncomfortable vibe between them and wonders if it was a mistake to hire her.

Phyllis struggles into her suite carrying a big box. Amanda arrives and pushes past her to see her ‘new clothes’, but is stunned to pull a large bone from the package. Phyllis assures her they’re not human bones. Amanda wants a hint. Phyllis explains they’re dinosaur bones and will save the hotel from extinction. 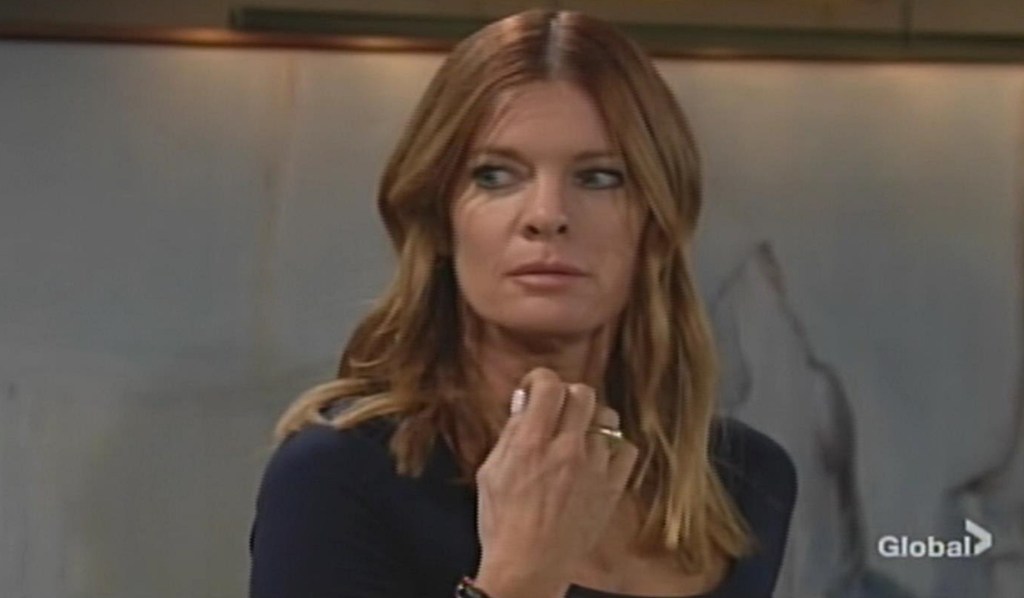 Rey ushers Sharon into the house after surgery. Faith, Mariah, Tessa, and Nick arrive. Faith hugs Sharon gently, then asks if they got rid of the cancer…or did it spread? Sharon explains nothing’s certain and she’ll still have more chemo. Mariah and Tessa brought all her favorite takeout and Tessa blurts they saw Nick and Phyllis at the pizza place. Sharon’s stunned when Nick confirms they’re back together. She can’t process it and snarks about Phyllis’ gift basket. Nick takes off and Sharon sighs. Later, Sharon confides in Mariah her fears about her scars. She worries her breast will look different or misshapen. Mariah tries to be positive and when Sharon tears up, Mariah promises Rey won’t care. Sharon will. Mariah suggests she look at the scar as a representation of strength. “You will always be the most beautiful woman in the world to me.” After, the group reassembles and they joke over pizza.

Billy returns to the office with takeout from Society and assures Lily that he and Amanda weren’t romantically involved – she was too smart. He can work with her teases she won’t hold back the visionary force of Billy Abbott. Suddenly, Billy discovers Theo’s note – a proposal from an Abbott family defector. He explains Theo’s relationship to Dina and reveals he doesn’t trust him. Lily’s impressed by his blog and feels he has an eye for talent. 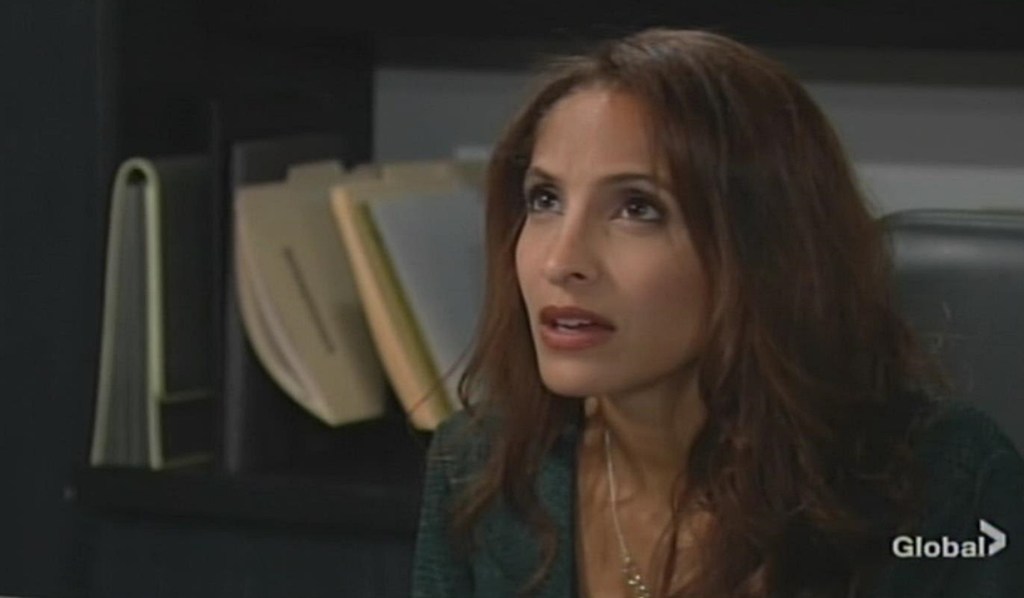 At Society, Theo rushes off when Billy calls him to come make his pitch.

Nick arrives at Grand Phoenix and updates Phyllis that Sharon knows about them. Phyllis looks forward to her getting healthy enough to come after her. She glances at her watch and Nick realizes she’s scheming. He observes she’s dirty…literally. Phyllis puts him on a need-to-know basis. Nick realizes it’s to do with Abby and the jackhammer noise is messing with her business. When Phyllis steps away, Nick phones Abby – he has an offer. 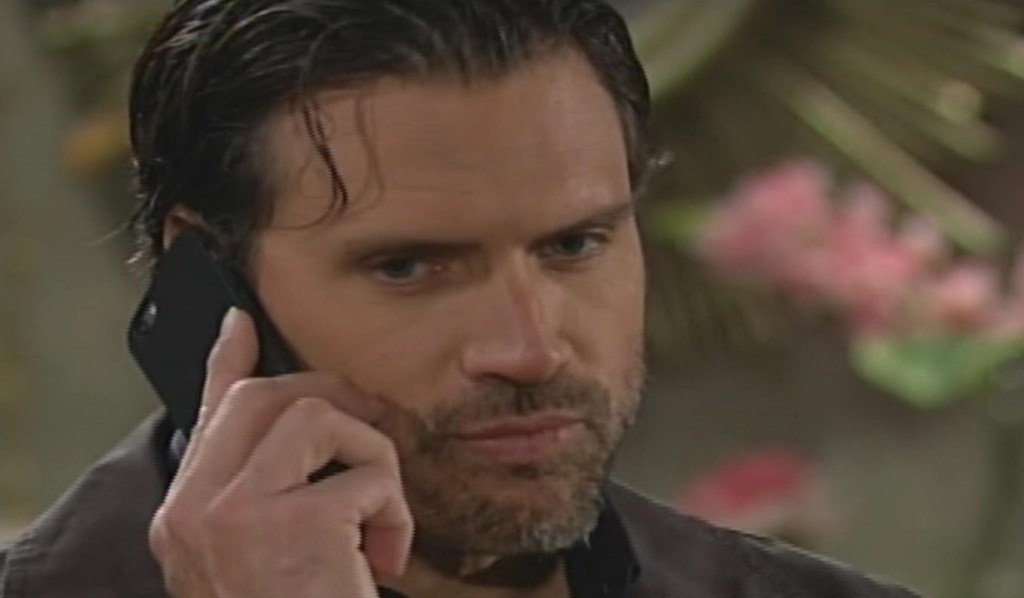 Theo arrives to meet with Billy and Lily, who comments on getting his resume via a takeout bag. They ask about his job at Jabot. Theo says he’s moved on. He makes his pitch about how to reach their target demo on social media using his contacts. Billy knows he was fired and wants the truth. Theo takes the blame and reiterates Jabot wasn’t a good fit – Chancellor Media is much more his niche. After he’s gone, Billy wants to give Theo a chance, but now Lily’s uncertain because he lied. Billy’s impressed that Theo handled everything he threw at him.

More: Will Nick & Phyllis split over this?

At Society, Nick hands Abby pictures of buildings he owns – he’ll give her whichever one she wants for her hotel. Abby realizes he’s doing this for Phyllis…he’s fallen for her again. Nick won’t apologize for his feelings for Phyllis and argues she’s put her heart and soul into Grand Phoenix. He thinks they’ve fought enough. Abby gets a text and says, “Wow, this is going to change things.” Nick also gets a text – Victoria’s reinstalled at Newman. Abby wonders how Adam will take it. Nick swerves back to his offer – will she accept it?

At Crimson Lights, Theo approaches Jack and says they have unfinished business. He feels the competition and family pressure at Jabot brought out the worst in him. Jack reflects on making his own indiscretions when he was young. Theo wonders if they inherited the same trouble-making gene. Jack still wants Theo to see Dina and promises their family bond is forever.

At Grand Phoenix, Amanda updates Phyllis that she’s joined Chancellor Media as in-house counsel. Phyllis wonders about working with Billy. Amanda feels it won’t be a problem. Talk turns to marketing ‘staycations’ and Amanda says it takes a massage, good food, and one good friend to share it with.

Next on The Young and the Restless Amanda puts on the brakes. 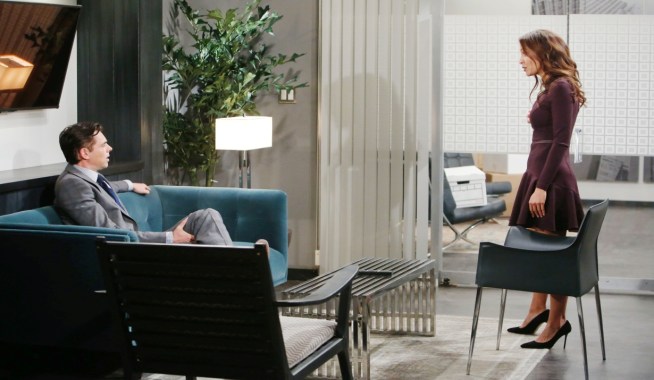 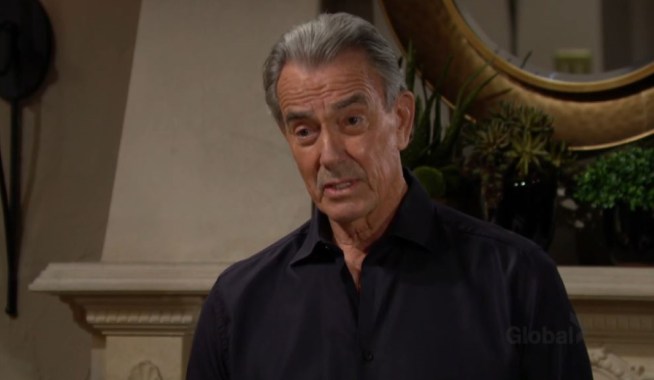