Monday August 10, 2020: Young and Restless returns for their first brand new episode since the global health crisis put the cast and crew in quarantine. Revamp your interest with the latest set of fresh episodes. Today, Billy and Lily go to Chancellor Park to interview the Newman family and anyone else they can about what’s been happening in Genoa City. 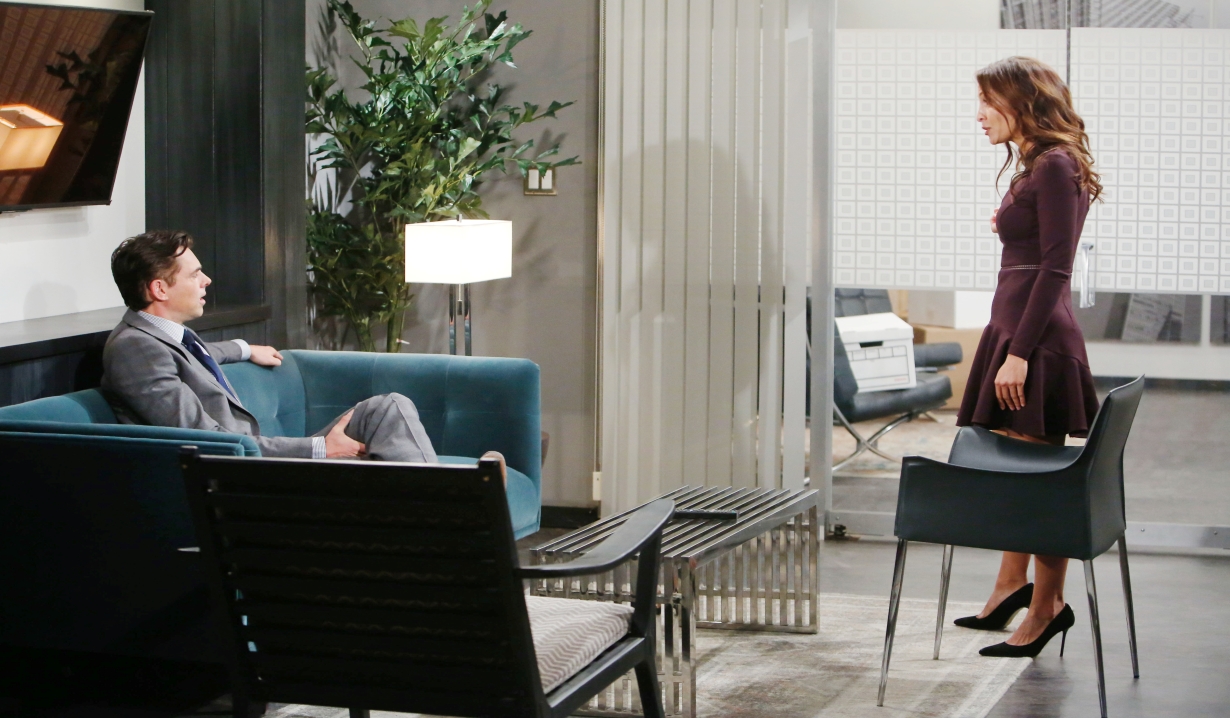 Lily is sitting at her desk in the office when Billy walks in with an idea. They discuss today being the day the statue will be dedicated in Chancellor Park. She thinks they should talk to all the big players in town about what they’ve been up to. 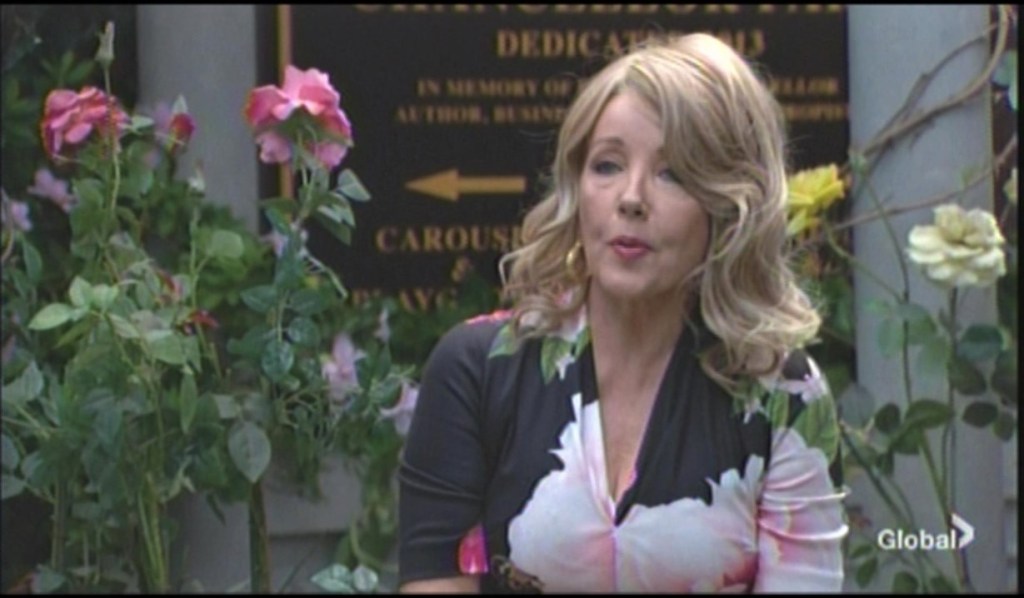 In Chancellor Park, Lily interviews Nikki about Katherine. Nikki says her old friend would be amused and horrified to see Genoa City now. She flashes back to Victoria being stabbed in the gallery and the time she spent in the hospital. Nick is up next and tells Lily what a ‘warrior’ Sharon has been in her battle with cancer and how great a support Ray has been for her. Mariah follows him and talks about how hard Sharon has had to fight and how the people around her have helped. She thinks of Sharon giving her medical rights over to her. Lily is sure that Sharon’s family gave her the strength she needed. When Victoria is interviewed, she talks about how great it has been to have strong women like Katherine and her mother as role models. She thinks about all the recent drama in her family, especially Adam’s demands for control of the company and her fight to keep the CEO position. When Lily tries to question Nikki again and get a little gossip, Nikki shuts her down and walks off as Billy pops up. Across the park, Victor appears and startles Nikki. She admits she’s worried that Billy could be planning a ‘deep dive’ into Newman business. Victor immediately confronts Billy and warns him not to slander his family. He thinks about the killing and wanders off as Adam arrives, sweaty and fresh from running. Billy asks if he wants to give a soundbite and quizzes him about being booted from the company while Victoria took back the crown. They bicker and Adam trudges off before stopping to remember when he proposed to Chelsea and his father setting him up as a fall guy. After he drifts off, Lily and Billy chat as they recall Jill putting them together in their current jobs. She spots Devon and rushes over to interview him. Lily asks what he would tell his grandma if he could. He’s sure she’d be having a laugh. They recall losing Neil a year ago and how Devon lost his fortune, got it back, and met Elena. Amanda is up next, and Lily apologizes for not giving her a warmer welcome when she first came to town. Lily digs for gossip. Amanda admits she may have an amazing man in her life and thinks of Nate. After she leaves for her date, Jack stumbles on them and agrees to say a few words about Katherine, calling her an indomitable force and a joy to witness. When Lily brings up Dina, Jack says that her late years have not gone as well as Katherine’s did. Jack is saddened as he thinks about the time he, Ashley, and Traci spent with their mom at home. He says that Katherine taught him resilience and taking life as it comes at you. “Whatever lies ahead for Genoa City is sure to be unexpected and probably explosive,” he concludes. 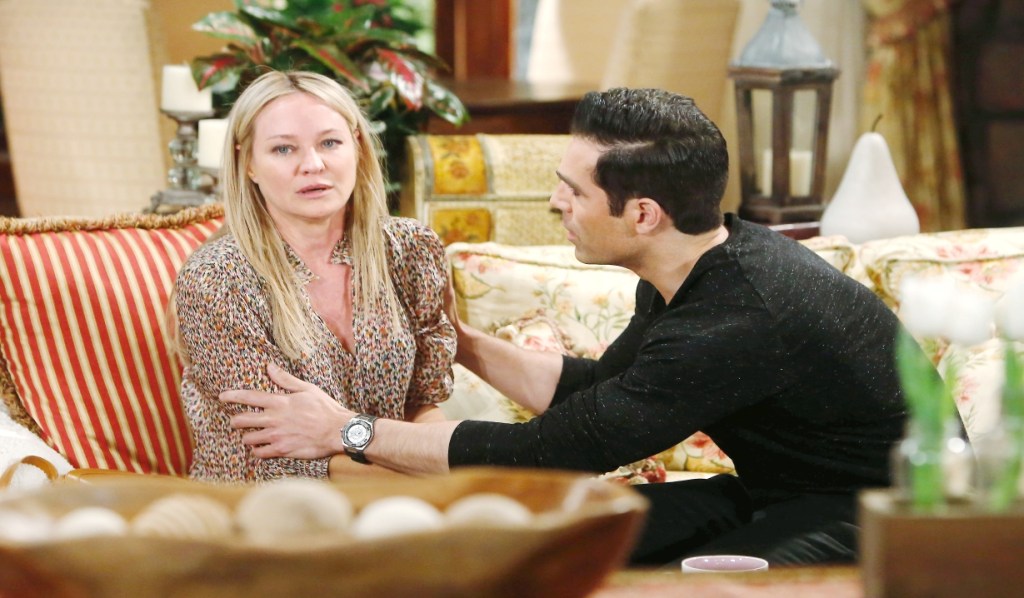 Ray arrives at Sharon’s and asks how she’s feeling. She feels everything and nothing.

Elena and Devon sit at Society and talk about his grandmother. He says Katherine must have sent her to him and he’s grateful.

When Billy and Lily return to their office, he says that stories spill out of the people in town. He senses something is going on at Newman. She reminds him that he promised not to use Chance Com to fight a vendetta against the Newmans. He promises not to screw things up.

At home, Victor tells Nikki that he feels a chill in the air like a storm is coming.

Sharon struggles with life after surgery.

Billy and Lily disagree on a potential new hire.

Phyllis has an issue with Abby.

Get the soap news, spoilers and interviews in your inbox daily with Soaps.com’s newsletter. And have a look through the gallery of the real-life partners of some of your favorite Young and Restless stars. 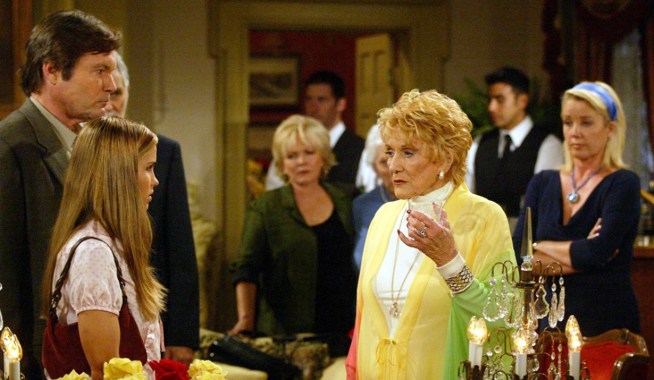 Flashback Y&R Recap: Katherine Mocks Loved Ones at Her Intervention 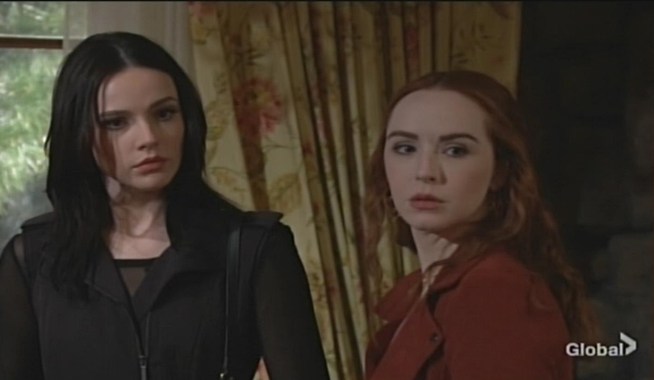