Thursday April 23, 2020: On Young and the Restless today, Victor places blame on Nikki, Amanda, Billy and Lily hold a meeting, and Victoria resumes her position at Newman Enterprises. 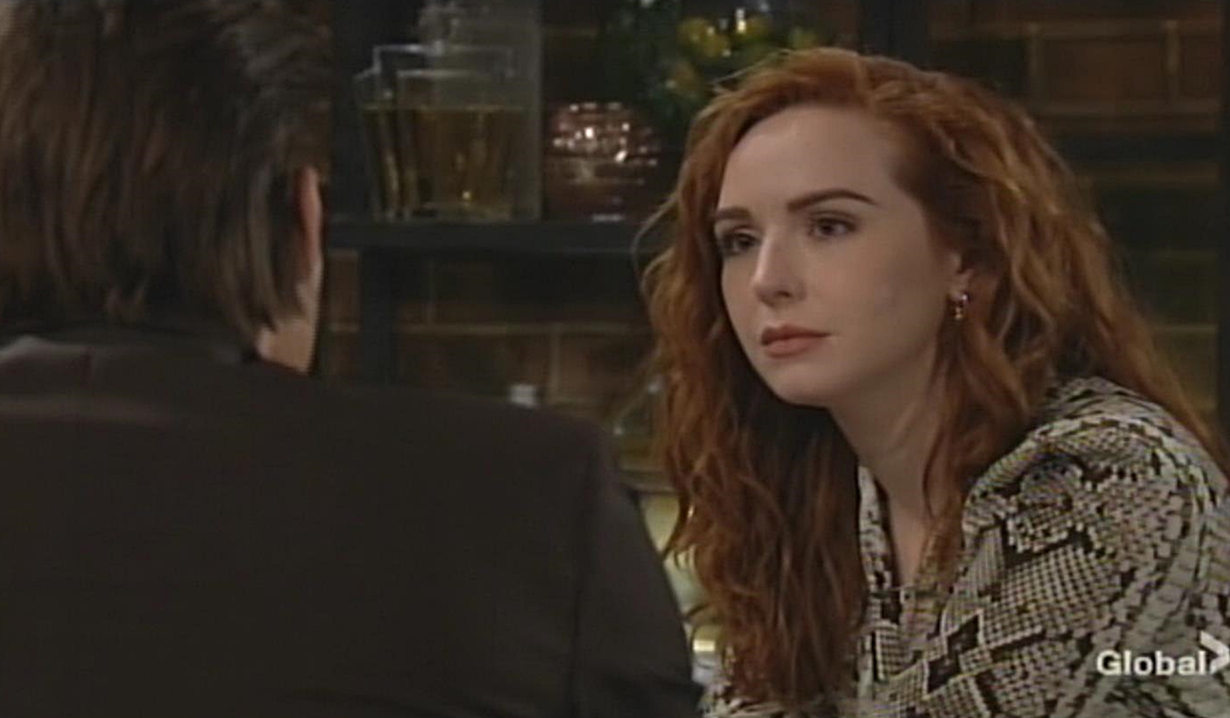 At the ranch, Victor updates Nikki that Adam’s memory is buried too deep and he accused him of concocting a lie. Nikki learns Victor partly blames her for this situation because she told Victoria, who hates her brother, when he asked her not to. Nikki argues Adam’s constantly attacked the family with no consequences. It’s a dangerous pattern and she wonders where it will end. They bicker over her having no sympathy for Adam considering she experienced a similar situation as a child. Nikki reminds Victor that Adam’s no longer a helpless child, he’s a predator. 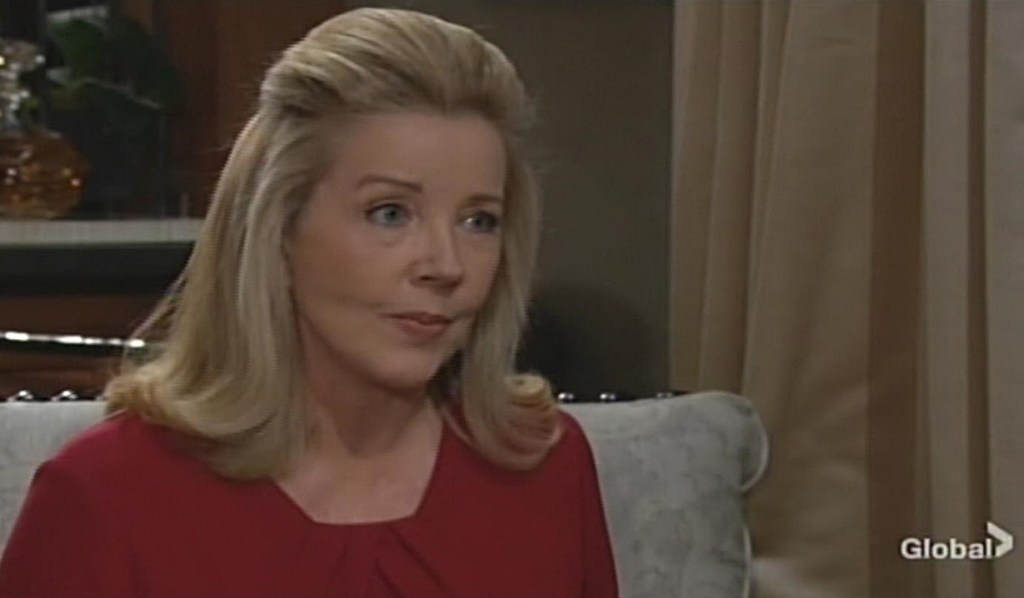 On Crimson Lights patio, Victoria approaches Adam and asks how his talk with Victor went. She guesses, “He told you, didn’t he?” Adam thinks they came up with the story to counteract him at Newman. They bicker about who is most worthy of the CEO position. Victoria feels deep down he knows he’s not worthy. Adam snaps, “Go to hell, Victoria.” 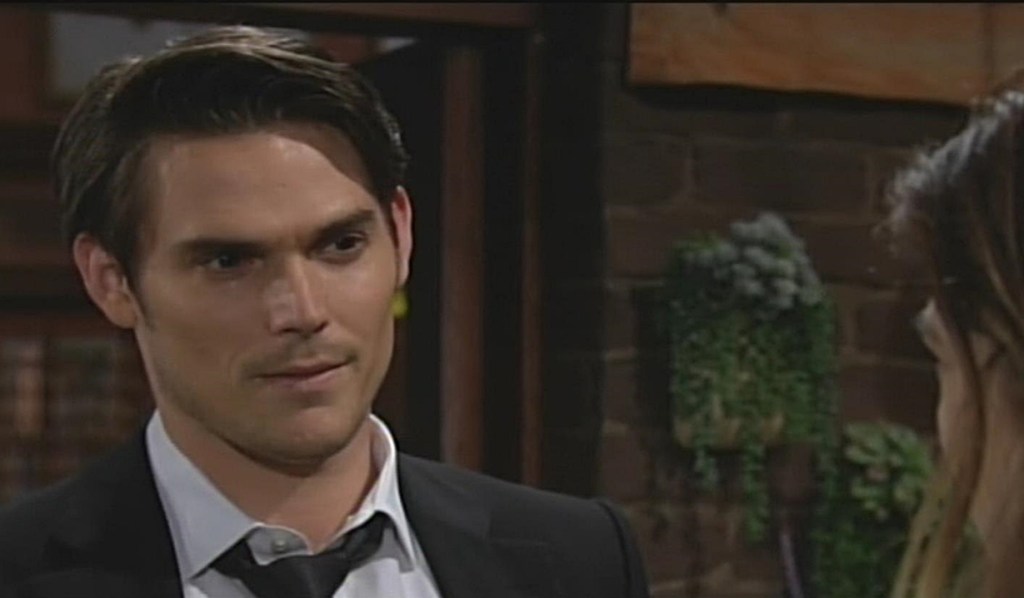 At Society, Mariah’s ordering food when Theo enters. He wonders if she’s catering Kyle’s celebration for firing him. Mariah has bigger concerns. Theo’s sorry to bother her. Across the room, Amanda and Billy sit. She saw him with Victoria, so he explains she spoke to him about her brother’s coup. He feels she’s staging a comeback and Adam won’t know what hit him. Amanda senses Billy has history with Adam. He won’t go there. Lily joins them to discuss Chancellor Media. As Amanda and Billy chat, Lily notices their rapport. Amanda learns Traci’s been asked to oversee fiction and worries. Billy and Lily reassure her. At the bar, Mariah apologizes to Theo for being short – she’s having a bad day too. Theo recalls Lola’s worried about Rey as well and asks if Sharon’s okay. Mariah replies, “She will be.” Theo recalls helping his sick mother before she died; he’s sure Sharon’s glad Mariah’s close. Mariah explains how she came into Sharon’s life late, as he did with the Abbotts. Theo urges her to stay optimistic about her mom. “You’re doing great.” Mariah offers to lend him an ear. After hearing he plagiarized the pitch, Mariah asks why he didn’t come up with his own. Theo choked. Mariah understands it was unnerving to compete against Kyle under Jack and feels the silver lining is he’ll find a better fit. She recalls she used to be terrible – people like them take longer to get their act together. Mariah teases him not to hurt Lola, then wishes him luck job hunting. After, Theo hears the Billy talking about bringing in a younger demographic and smiles. Lily walks off on a call, and Theo continues listening to Amanda and Billy discuss getting ahead of trends.

Adam arrives at the penthouse, where Chelsea rambles about the baby shower and asks about his day. Adam doesn’t know where to start. “Victor fired me.” He tells her they came up with a cover story involving the perfect fall guy. “Me.” Chelsea’s stunned. Adam can’t forgive him dragging his mother into this. Chelsea questions Victor saying he protected Hope – if he’s trying to frame him why wouldn’t he say he was a cold-blooded killer? Adam wonders if part of her thinks this could be true. Chelsea is just shocked. She assures him they won’t allow Connor to hear about this.

Victoria arrives at the ranch where Victor’s upset about her approaching Adam and accuses her of enjoying this. Victoria hollers about Adam blackmailing him – she’s paying the price. Victor was going to reinstate her; she didn’t need to blow up her brother’s life. Victoria won’t apologize for fighting off a threat to the company. Victor didn’t want to weaponize the information against Adam; it was tragic and could ruin his life. “Don’t you grasp that?” Victoria will do whatever it takes to protect the family and Newman Enterprises. Victor gives her the CEO title back – she’s earned it, but has lost his respect. Victoria can live with that. Later, Nikki finds Victor looking broken and places her hand on his arm.

At Newman Enterprises, Victoria sits behind the desk.

CBS will air a classic episode of Young and Restless featuring Paul and Christine’s honeymoon. 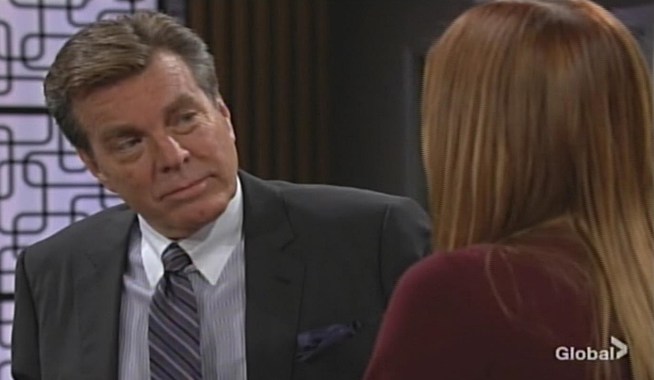 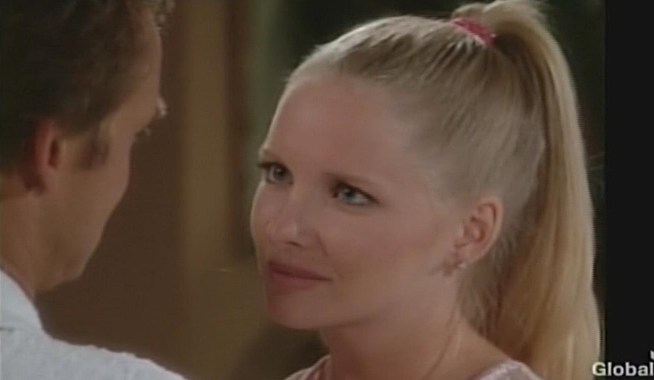