Friday April 17, 2020: Young and the Restless is pre-empted today and a previously-viewed episode from 1991 is airing on CBS, featuring residents of Genoa City donning lavish costumes for a night of dining and dancing at a charity masquerade ball while a mystery guest has murder on his mind. 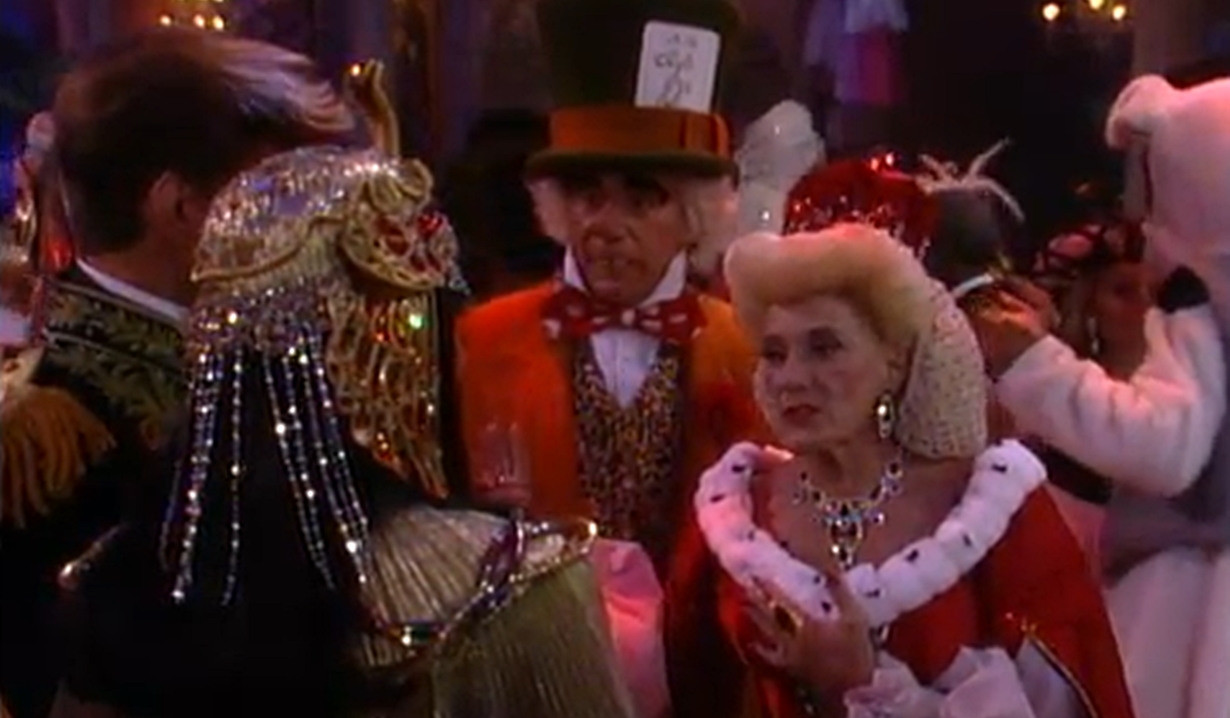 The Young and the Restless is pre-empted today and the episode featuring the iconic masquerade ball from October 1991 was broadcast. Below is a recap of this classic episode that predates Soaps.com’s days of recapping. For those looking for the latest new episode of Y&R, read the recap about Victor coming clean to Nikki.

At the masquerade ball in the Colonnade Room, Katherine Chancellor and Rex Sterling arrive dressed as Mad Hatter and Queen of Hearts they are followed by other Genoa City residents in costume. Cricket Blair, dressed as Marilyn Monroe is with Danny Romalotti, who is dressed as a beast. David Kimble, wearing an identical beast costume watches them from a balcony. Jill Abbott makes a grand entrance as Cleopatra, with Jack Abbott as Prince Charming. Lauren Fenmore as Marie Antoinette, and Paul Williams as Captain Intrepid, also appear. Traci Abbott enters as Mae West with Brad Carlton, who is Zorro.

Outside, Ryan MacNeil’s upset that Victoria Newman doesn’t want them to be introduced like everyone else and wonders what costume her father will be wearing. Victor Newman, it turns out is an emperor. Victoria pulls Ryan inside unseen. Lauren watches disdainfully as her son Scott arrives with Sheila Carter. Neil Winters, a gladiator, dances with Olivia Barber, who is Diana Ross. Elsewhere, an usher wants to introduce the lurking beast, but Kimble makes an excuse. 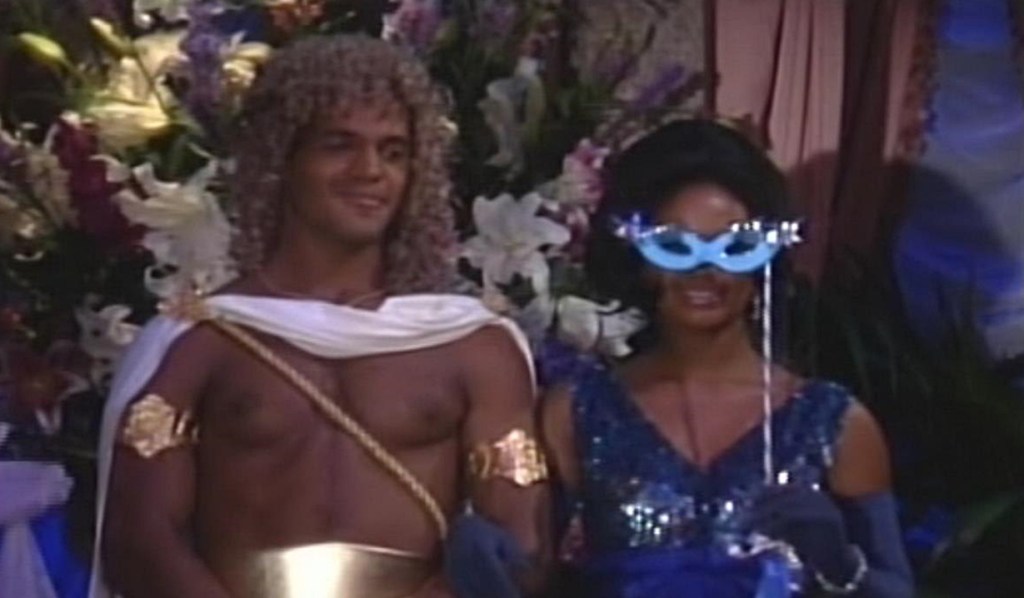 Katherine and Rex join Jill and Jack. Katherine snarks about Jill’s entrance then asks Jack where his wife, Nikki, is. He explains she’s on a little holiday. Neil spots Drucilla Barber arriving with Nathan Hastings and suggests he and Olivia mingle. Brad compliments Traci as they dance. John Abbott, dressed as George Washington, tells Leanna Love, a cupid, that he’s getting comfortable in his costume. She enthuses about him being the powerful man. Jill eyeballs them as they head to the dance floor. Kimble’s beast watches Danny and Cricket interact with Nina Webster and John Silva from the terrace, and merely growls when Douglas Austin addresses him as Danny. 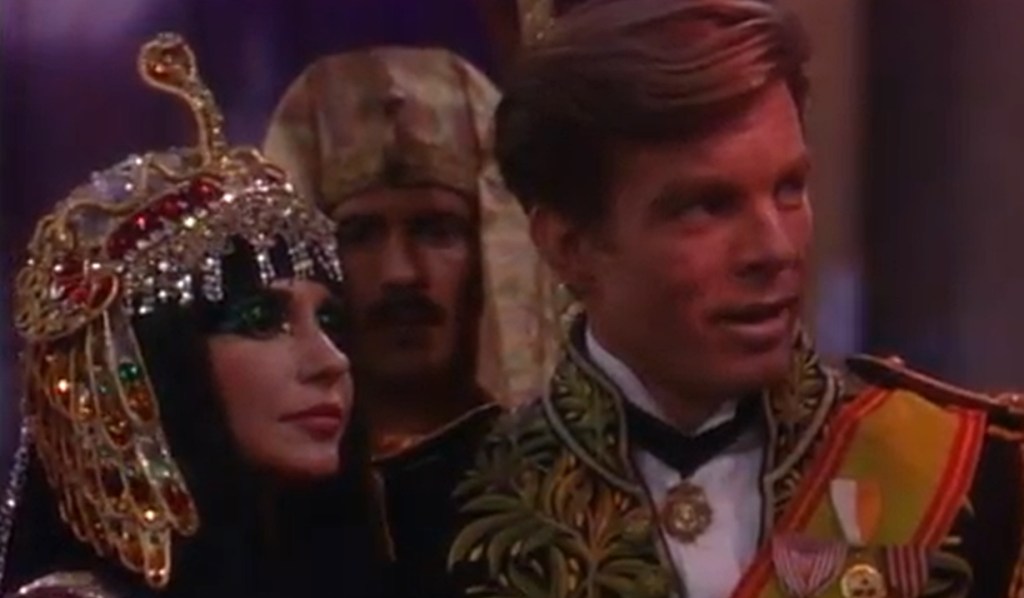 On stage, Katherine and Rex are introduced as the two people responsible for the charity ball. Katherine takes the mic to speak. Esther, a French maid named Fifi, stands to applaud. Rex introduce the entertainment, which starts off with Katherine and Douglas singing Put on a Happy Face much to everyone’s delight. Mamie, a flapper, grins from the crowd. As Lauren and Paul chat flirtatiously on the terrace, his secretary, Lynn watches dejectedly. Paul’s mom, Mary, reassures her. Scott and Sheila greet Paul and Lauren outside Scott wants to put aside tension. Behind a curtain, Kimble’s beast husks, “Enjoy yourselves. It won’t be long.”

As the masquerade continues, Brad assures Traci he’s thinking about the baby as much as she is. John dances with his daughter Ashley and they hope good things happen for Brad and Traci. Olivia and Neil join Nathan and Dru. Nathan ‘borrows’ his wife, leaving Dru to accuse Neil of having the hots for her sister. Victor tells Neil that Dru’s a breath of fresh air before cutting in on John and Ashley. 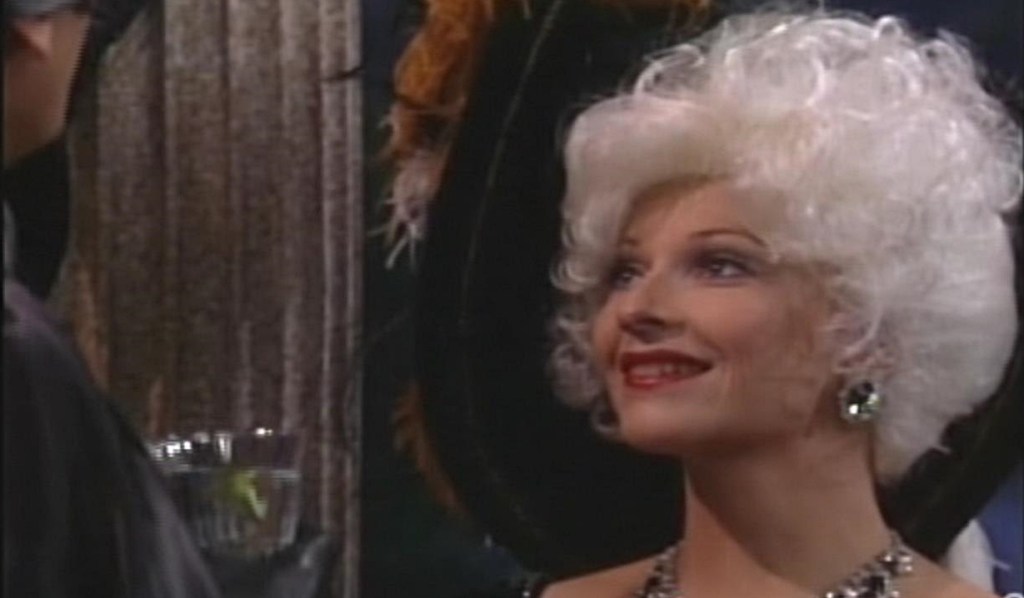 On a balcony, Ryan asks Victoria what’s going on with her and her father tonight. She admits he arranged a date for her and wants to avoid him. Ryan wants their relationship out in the open. As they walk off, Victor spots them. Meanwhile, Katherine introduces Esther, who performs a sassy rendition of Everybody Ought to Have a Maid while Jill rolls her eyes. After, Victor confronts Victoria about Ryan being Romeo to her Juliet, and Kimble watches Cricket canoodling with Danny on the dance floor.

Out on the terrace, Sheila wants to be friends with Lauren, so she invites her and Scott for dinner, then tells Paul there was something weird about that. At a table, Carol Evans chats with John and Ashley about whether Brad and Traci will remarry. Elsewhere, Jack tells Victor he came with Jill so she wouldn’t be alone. Victor has a lot of questions about Nikki’s trip.

Katherine and Jill end up in the powder room together and Kay sneers about her nerve in showing up with Jack given their history. Jill’s confident John will soon be over Leanna. Katherine needles that they’re performing together tonight.

On the dance floor, Danny leaves Cricket alone for a moment as his sister, Gina Roma, takes the stage to sing Lost in This Masquerade. After, Nina and John dance as Cricket watches. On the terrace, Danny comes face to face with David Kimble’s beast, who shoots him and chuckles, “One down, two to go.”

Sharon looks to Nick for help.

Victor Comes Clean to Nikki About...

Kyle Fires Theo From Jabot After He...