After Realizing He’s Spying, Kyle and Summer Set Up Theo With a Fake Pitch for the Jabot Contest

Wednesday April 15, 2020: On Young and the Restless, Sharon struggles with moodiness, Chelsea intervenes with Adam and Nick, and Lola leaves town. 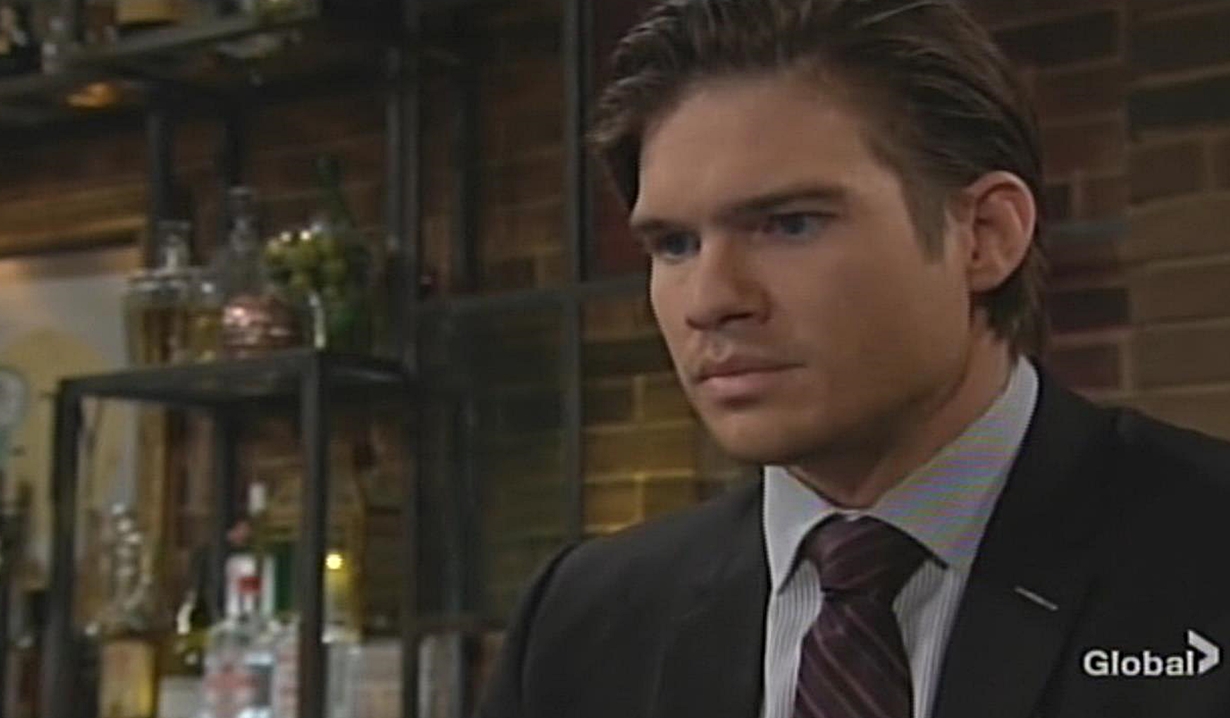 At Crimson Lights, Sharon gets angry with Mariah who doesn’t want her to help refill vases and breaks one. Sharon’s apologetic – she knows they agreed everyone would pitch in and she doesn’t understand why she got so worked up. She theorizes that sometimes she just needs to take control and convince herself she’s not helpless. Sharon realizes she’s full of contradictions – it’s just who she is right now. Mariah hugs her; and laughs that next time she should dump the flowers on her head – she’ll get the message. 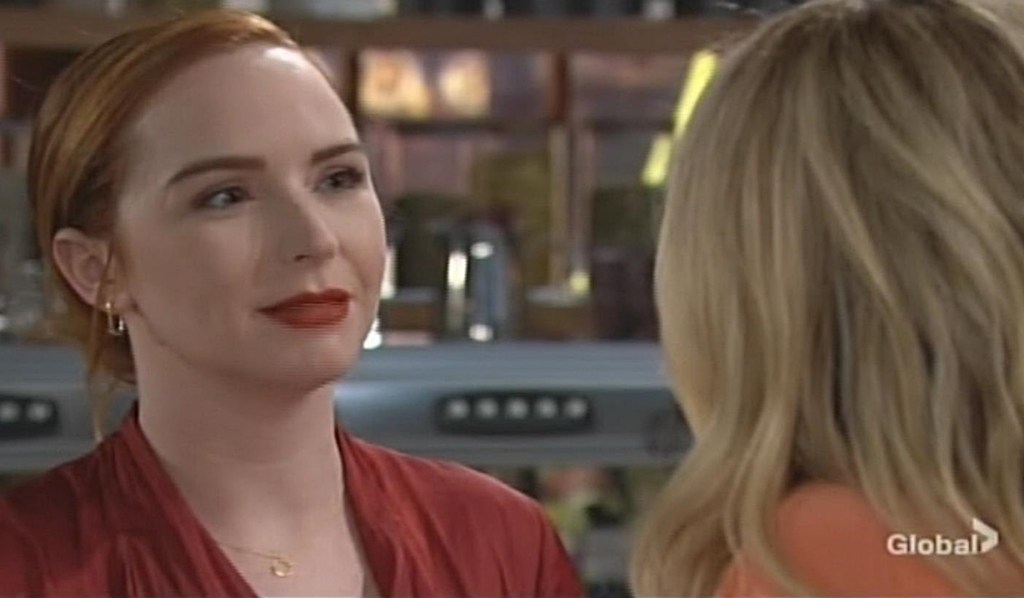 At Newman, Nick doubts Adam’s story contains facts, but Adam points out he wouldn’t be in the office if it weren’t true. Nick rants about Adam being a taker and Adam wonders if he’ll hit him now. He calls Nick a fraud – he stands apart from the family, the rides in when it suits him. Nick curses at him as Chelsea rushes in. “Stop this right now!” Chelsea thinks Nick should be thanking Adam for not putting Victor in prison. Nick snarls – he’s supposed to be grateful Adam blackmailed their dad? They argue about Victoria’s role at Newman and tension escalates as Nick questions if Chelsea wants Connor to turn out like Adam. Adam warns him not to go after Chelsea. Nick vows to fight back. Adam insists Victor’s guilty of murder, but Nick reminds Adam he has no credibility. Later, Adam’s grateful to have Chelsea on his side. Chelsea feels Nick and the others can’t see how hard it’s been for Adam. They embrace. Adam thinks he’s a man his son can be proud of. 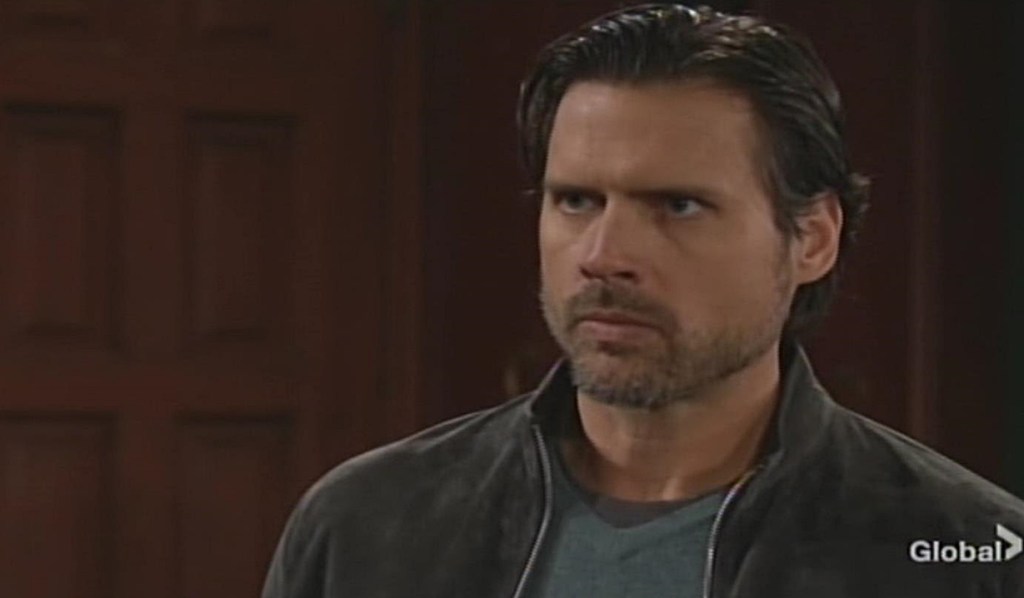 At the Abbott house, Traci thinks Jack looks tired and he returns the sentiment. Jack advises Kyle and Theo will be too busy to stop in on Dina and mentions the stakes have never been higher. Traci asks Jack how he manages with their mother and work, which leads to him urging her to take the position at Chancellor Media, which Billy told him about. Traci encourages Jack to go out and have some fun. He kisses her and leaves. Traci sits pensively. 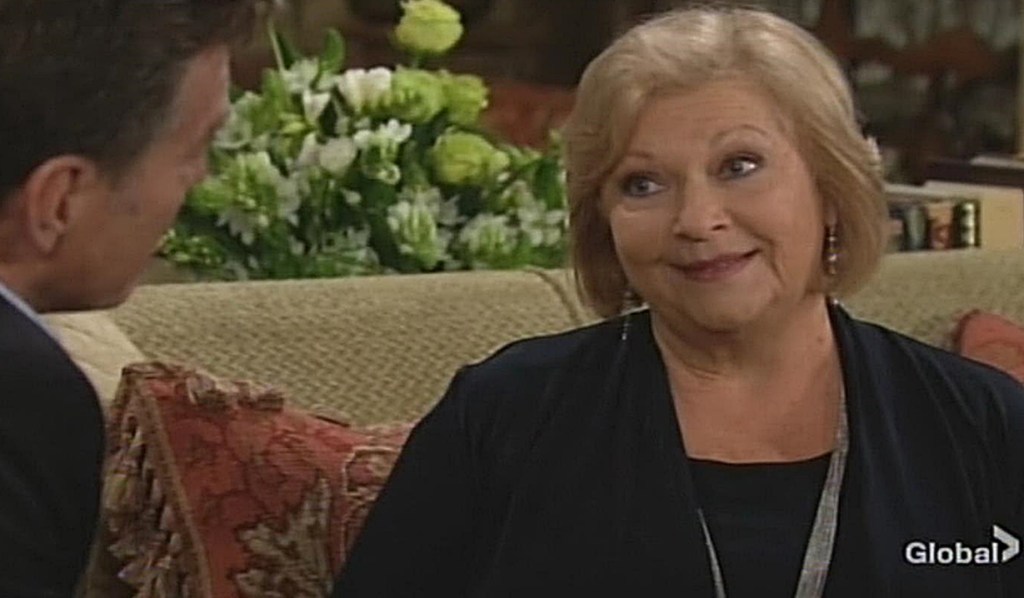 At Society, Summer and Kyle flirt while discussing the contest. Lola sees them kiss as they leave, then takes a call and gasps, “What?”

At Jabot, Theo’s working when Kyle’s assistant Kendra appears to tell him Kyle and Summer reserved the space. Theo will head to Society, but first he has an assignment for Kendra. Later, Kyle and Summer arrive. Kendra sits to take notes, but Kyle dismisses her.

At Society, Theo pecks Lola’s cheek – he’s missed her. She’s missed him too and breaks the news she has to go to Miami, there’s an issue with her restaurant. Theo’s assures her he’s fine and his pitch is going great, but looks concerned when he hugs her. Once Lola’s ready to go, she gives Theo another pep talk and he promises to be there when she returns. After, Theo texts Kendra, who is still trying to get something to help him.

More: Review, The Baker and the Beauty

In the Jabot boardroom, Kendra receives Theo’s text asking her to find out what Kyle and Summer are working on. After she exits, Summer tells Kyle they can’t trust her – she thinks Kendra’s a spy for Theo and wants to bait the trap. They edit something on her laptop then call Kendra in. Summer loudly says everything they’ve worked on is on the server.

At Society, Theo receives Kendra’s text that she has the password to the server where Kyle and Summer’s work can be found. He logs on and reads it.

At Grand Phoenix, Kyle and Summer toast; they believe the rat will take the cheese and have to start of their real pitch.

At the coffee house, Sharon gets Jack talking about his life, but he came to check on her. Sharon shares that her chemo didn’t work and she’s facing surgery. Jack’s supportive. Nick arrives and Jack joins him. They talk about keeping their problems from Sharon and Nick complains about Adam’s takeover. Jack hopes they can work through it and moans about Theo and Kyle. Once alone, Nick calls Phyllis – he needs to talk to her.

At home, Adam and Chelsea express their love and kiss. 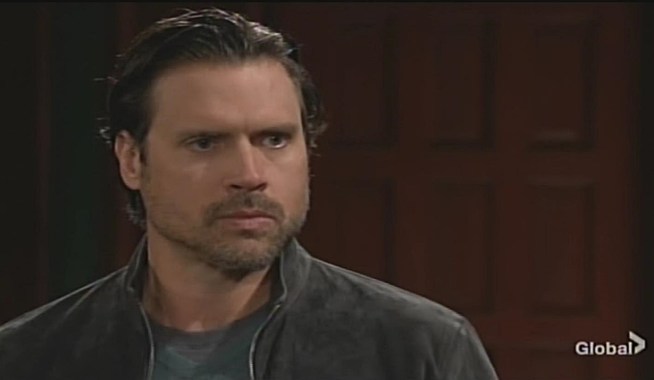 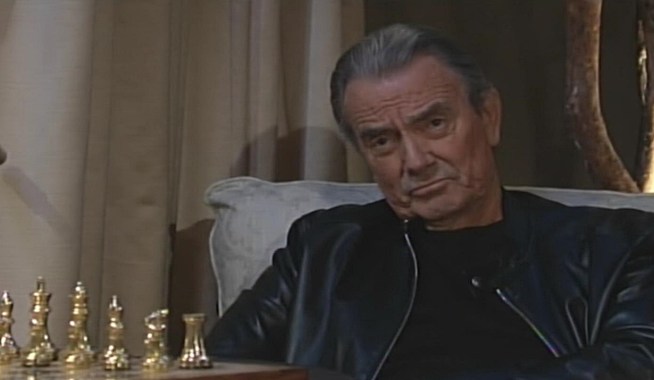