Wednesday April 8, 2020: On Young and the Restless today, Amanda receives a job offer, Lily wants to bring Traci on board, and Jill invites Jack on a trip. 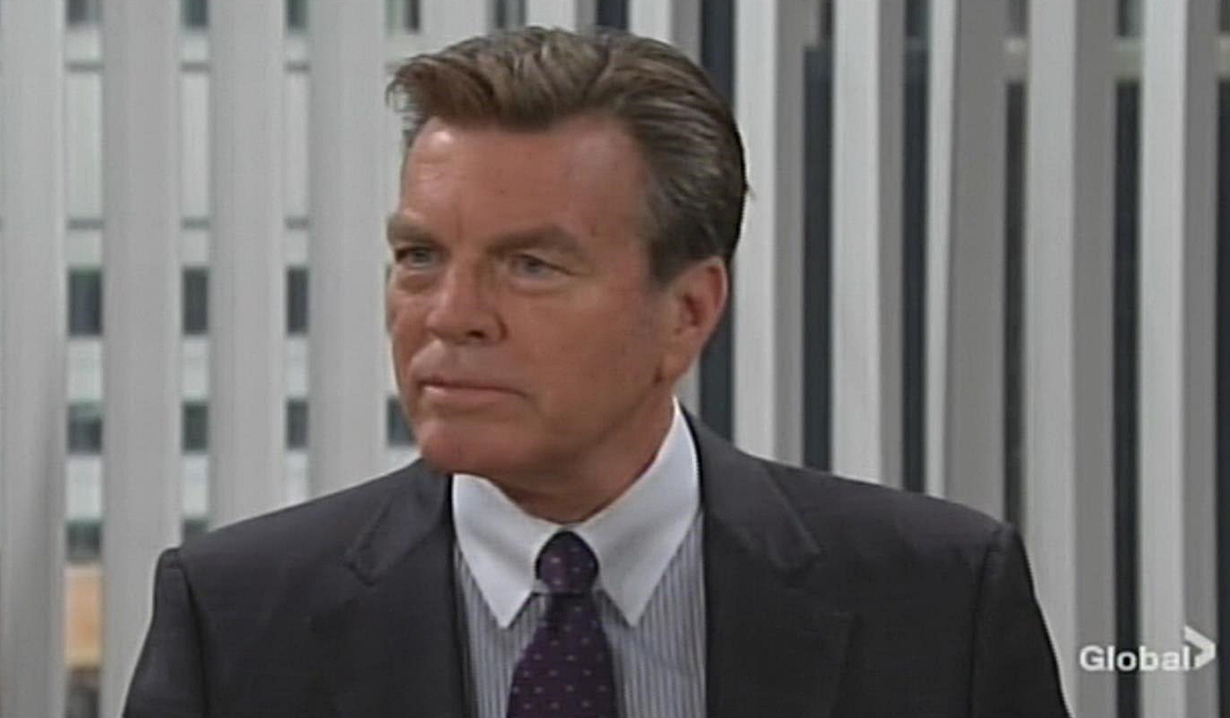 Traci drops in on Lily at Chancellor Media and they discuss Billy before Traci gets emotional. She opens up about how difficult it’s been with Dina. There’s so much left unsaid, she questions how to make peace with that. Lily urges her to lean on her siblings or write. Traci can’t focus on a book, but thanks Lily for listening. Billy enters with a hug and accepts Traci’s dinner invitation. When Traci takes a call, Lily tells Billy she wants to bring his sister on board. Traci rejoins them and they ask her to run their fiction division and let them publish her next bestseller. Traci is flattered and gives them a ‘maybe’. After she goes, Billy tells Lily she’s full of good ideas. 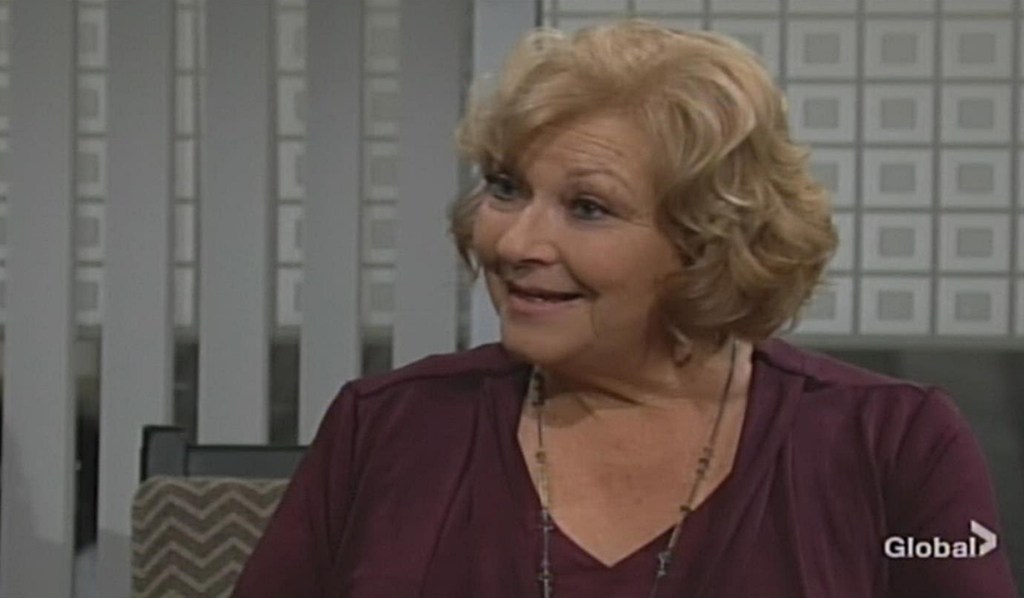 At Crimson Lights, Theo worries to Lola he’s let down Jack and Dina. He expects to hear from Jack and Lola assures him he can make things right. Theo gets a message from Jack – it’s time to learn his fate.

At Jabot, Kyle tells Summer that Jack’s meeting with him and Theo. Summer goes, and Theo arrives, followed quickly by Jack, who declares he won’t allow their toxicity to harm the family or the company. Kyle insists he cares about both, but Jack snarls that grown men walk away and don’t involve their grandmothers. There will be consequences in the form of a challenge. He announces Jabot will have a major transition. Jack wants to refocus on his father’s legacy, which has been diluted by over-expansion and is ending Jabot Collective. Jack relays they each have 7 days to come up with a plan to rebrand. He’ll choose one to lead the charge. After, Kyle hangs back to ensure he and his father are good. Jack tells him to focus on the task and walks out. Summer appears and Kyle has to win back the respect of his father. He wonders when his father will ever trust him and worries Theo will do something underhanded. Summer says she’s his secret weapon – Theo can’t win against the two of them.

At the clinic, Elena arrives late to relieve Nate, who has a date with Amanda. Elena thinks it’s about time but urges him to take it slow since Amanda’s been through hell.

At Society, Amanda joins Jill and Devon, who relays the downfall of Colin Atkinson. Amanda congratulates Devon with a quick hug. Jill marvels at their closeness and surprises Amanda by declaring a truce and offering an apology. After Jill leaves, Devon is floored by the exchange. He tells Amanda he has a proposition for her. Nearby, Lola gets a text from Theo, who wants to talk. Meanwhile, Devon asks Amanda to handle legal matters for New Hope. Amanda will consider it, then discloses she’s going on a date with Nate. Devon encourages her to enjoy herself then thoughtfully watches her walk out. Theo arrives and updates Lola that he wants to show Jack what the opportunity at Jabot means to him but worries he’ll end up tossed out. Lola’s sure Jack will appreciate Theo’s hard work either way, but Theo’s a ball of stress over it and feels the deck is stacked against him. Lola believes in him and feels Jack does too. He’s encouraged by her pep talk and leaves to get to work. Later, Lola brings Summer her takeout and they spar about whether Theo or Kyle will win Jack’s challenge. 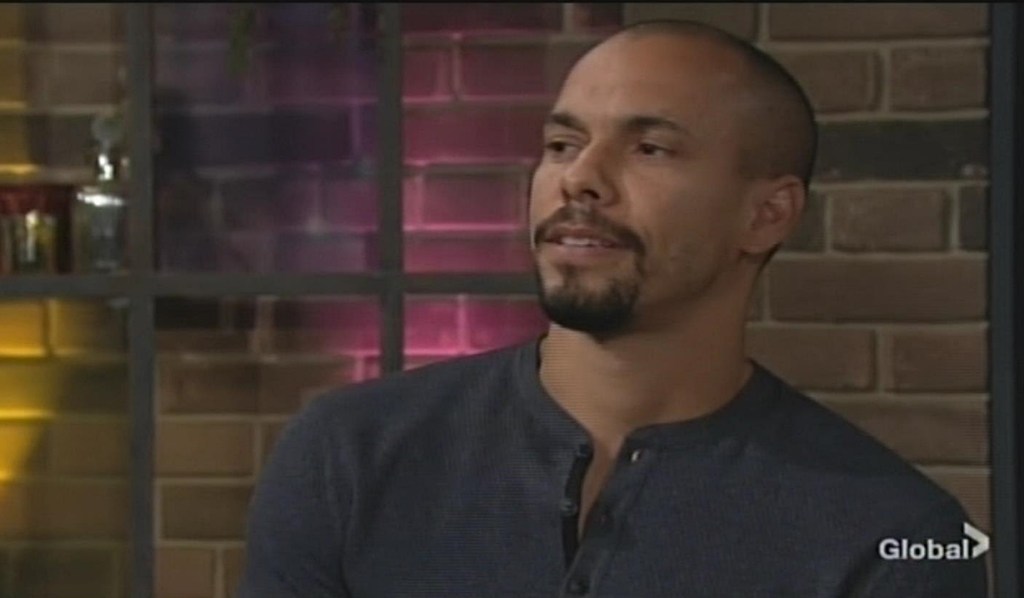 At Crimson Lights, Jill catches up with Jack and gleefully informs him Colin’s in jail and she’s filed for divorce. Jack offers mild congratulations and admits he’s caught up in the situation with Kyle and Theo – he can’t have his mother around that. Jill listens and tells him he did the right thing. She’s going to St. Tropez and invites Jack to join her. He can’t leave Dina – she’ll have to enjoy it for both of them.

Devon brings Elena food at the clinic and updates her on Amanda, then they canoodle.

At Grand Phoenix, Amanda and Nate, dressed to the nines, admire one another before leaving.

At Jabot, Kyle comes upon Theo working and they taunt each other. Kyle tells Theo he doesn’t understand the family history behind Jabot. Theo has fresh ideas. 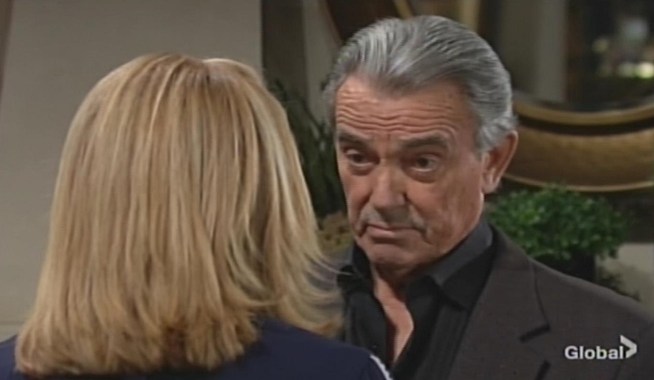 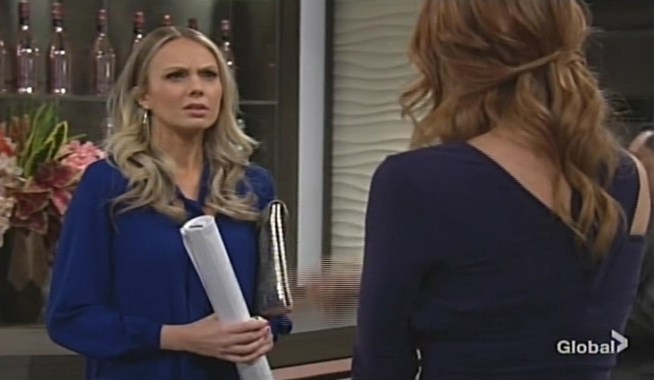