Monday March 30, 2020: On Young and the Restless today, Billy faces off with Nick at the hospital, Jill and Jack recall their personal history, and Mariah makes a decision. 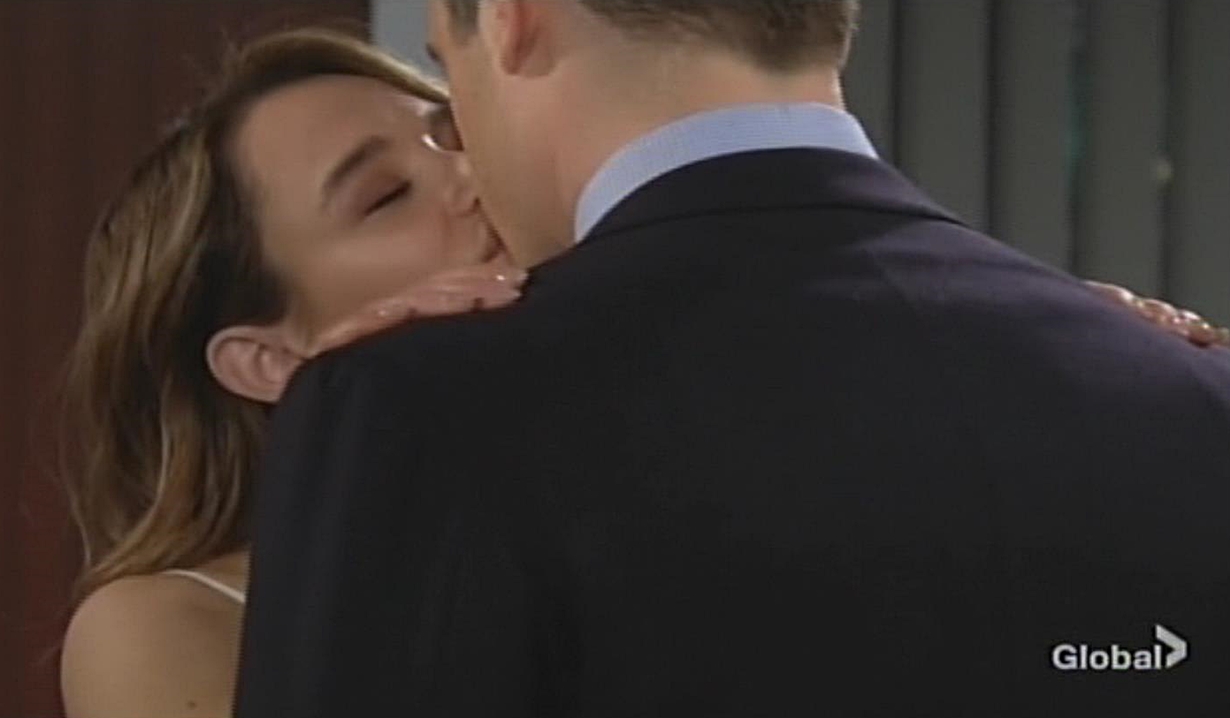 At the hospital, Victoria’s relieved the chest pain was caused by angina and not a heart attack. Nate appears and confirms there was low blood flow to her heart. He wants to do follow-up testing. Nick follows Nate out. Billy’s sitting nearby. In her room, Victoria speaks to the kids by phone, then tells Nikki she doesn’t want to worry Victor. In the waiting area, Nick asks Billy, “What the hell are you doing here?” Billy says Nikki called, and Nick tells him to go. Billy barks, “Step aside.” Nick warns him to stay away from Victoria. Billy learns she’ll be okay and says he’ll leave, but advises one day Nick will fall off his high horse and it will hurt. 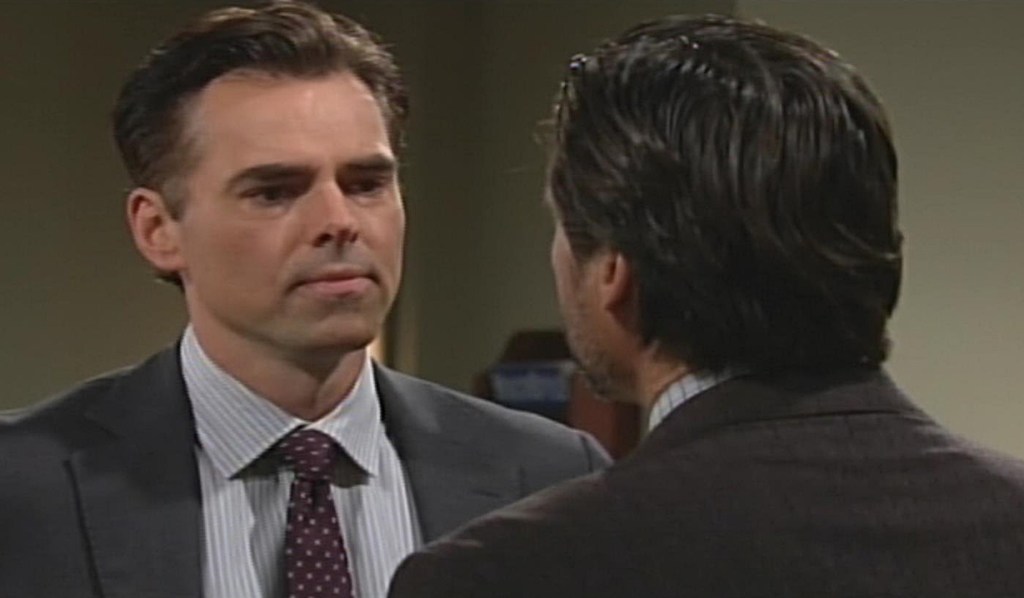 At Society, Jill’s glad Jack called her, she needed a break from refereeing. They discuss the battles between Billy and Lily and Kyle and Theo. She warns Theo has a fire in his belly. It’s a great thing if Jack can harness it, but big trouble if he can’t. Jack concedes Theo reminds him of himself, but he doesn’t want to babysit him. Talk turns to Dina, and Jill assures him they are doing the right thing. Jill regrets not making her mother a priority in her final years. Jack opens up about Dina’s letter. Jill’s grateful they can be friends – after all these years she still likes him. Jack feels the same. Jill jokes her dalliances with Jack aren’t on her ‘top ten worst list’ and relays her worst relationship was Colin, who may have turned her off romance, but she’s not ready to don a nun’s habit yet. They dish about not having to explain their histories to one another. Jack says, “We should do this more often.” Jill agrees. 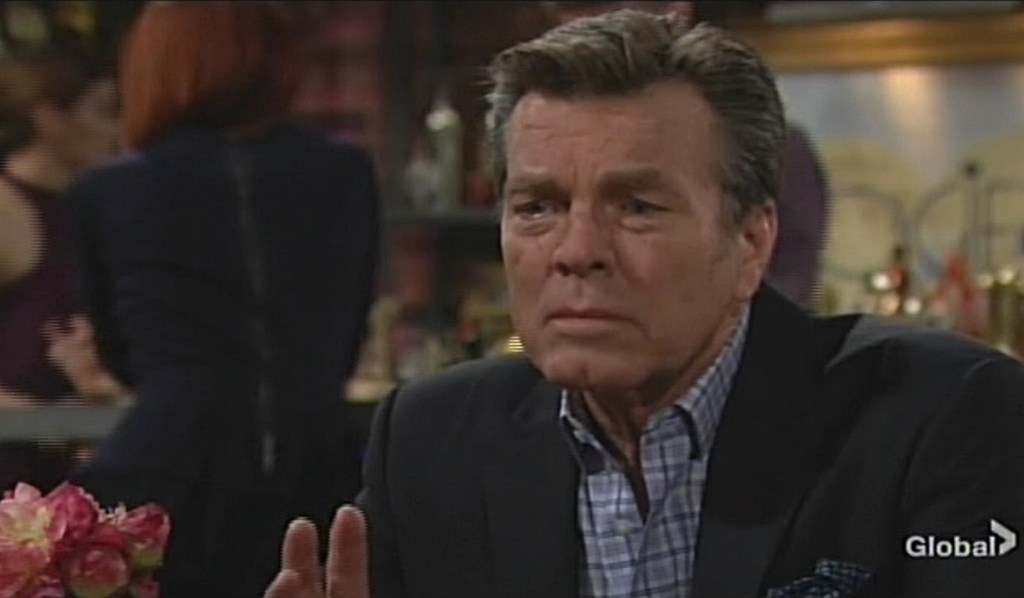 At Crimson Lights, Kendra gives Theo private emails of Kyle’s. Theo needs more. He knows Kyle is too sure of himself and will get sloppy, so asks her to keep digging.

At Jabot, Kyle suggests to Summer that they get their own place. Summer balks and doesn’t see a need to rush it. He wonders if it’s because of her parents. Summer reassures him, but still doesn’t want to push it. “You’re still married Kyle!” She wants to do things right this time. Kyle sighs that he feels awful about hurting Lola and was hoping she would handle it. When Summer leaves, Kyle calls Society.

On the private jet, Mariah and Tessa discuss the feeling of hearing millions of people sing along with the song Tessa wrote for Mariah and cheering. It’s like they’re a ‘thing’. They toast, talk about Tanner being a good guy for letting them have the jet to themselves, then make out. After sex, Mariah gets a call that Sharon’s getting a scan to figure out if the chemo’s shrunk the tumor and tells Tessa that Faith needs her. Tessa understands. Mariah vows not to pretend to be tough anymore. They still have an hour and start kissing.

Nick arrives at Grand Phoenix and tells Phyllis, “I came to see you.” He updates her on Victoria’s condition and his run-in with Billy. He realizes Newman is going to be his priority for a while so other things will have to take a backseat. She guesses he means his personal life and flirts. Summer enters and groans. She walks over to needle them before heading to the elevator. Phyllis suggests she and Nick continue talking upstairs. In Phyllis’ suite, Nick can’t remember what they were talking about. He pushes Phyllis up against the mini-bar and they start undressing. Falling on the bed, Phyllis removes his belt and uses it to pull him toward her.

At Society, Theo calls Lola out from the kitchen, he’s booked their trip to New York and she wants to know about sleeping arrangements. Theo has a suite with two bedrooms – he knows she wants to take it slow and he’ll follow her lead. Lola kisses his cheek. Theo is laying out his plans for them when Kyle interrupts. They confirm they’re going away for the weekend. Kyle leaves with his takeout and Lola goes back to the kitchen. Theo gets a call from Kendra and urges her not to give up.

Victoria and Nikki arrive at the ranch. Nikki relays Victor’s in Kansas, but she’s sure he’ll come straight home when he gets her message. 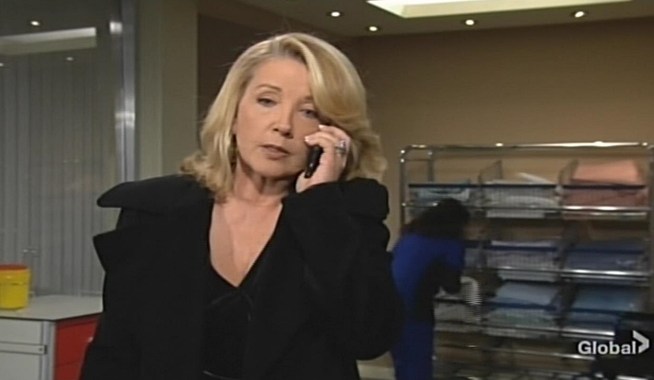 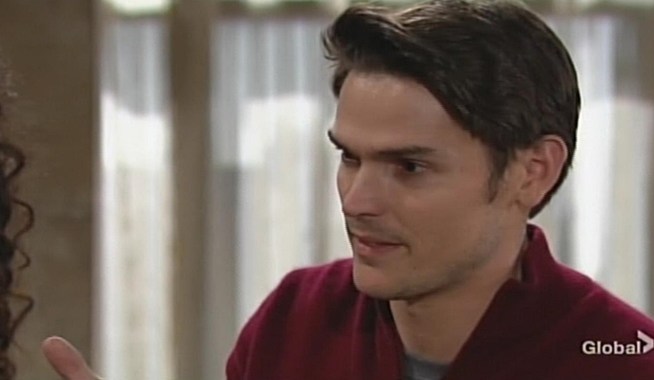