Victoria Hollers at Nick, Nikki & Sharon and Realizes She’s Not Ready to Return to Newman

Thursday March 19, 2020: On Young and the Restless today, Ashley and Traci commiserate over Dina, Victoria expresses her frustration, and Summer warns Theo. 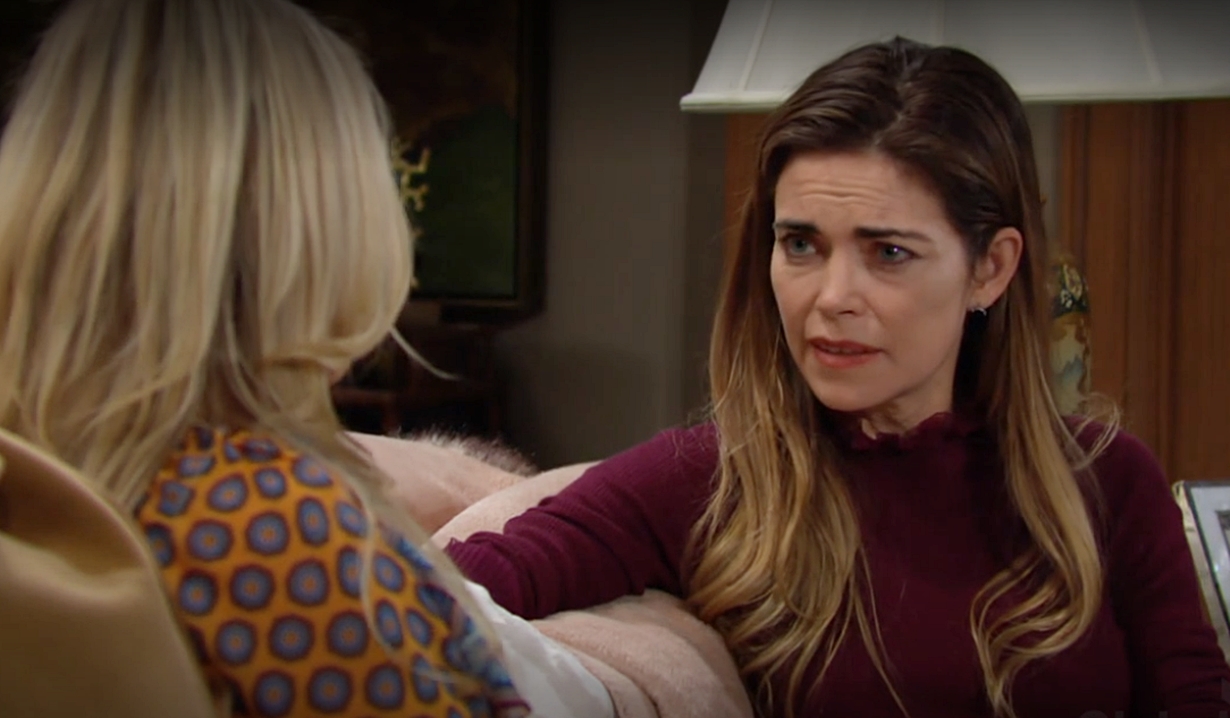 At the Chancellor Estate, Lily complains she and Billy are constantly disagreeing. Jill enters and they tell her this isn’t the best working environment. Lily wants offices near Jabot and Newman Enterprises to establish themselves, while Billy wants to be in the ‘hip’ area near the university. Jill has her own idea – she has to see if she can make it happen. After, Lily hosts Devon, who has missed her and talks about honoring Katherine’s final wishes. Lily worries she’s betraying Neil’s memory by working at Chancellor instead of Hamilton-Winters. Devon would have loved to have her there, but he understands, and Dad would have been too. They talk about re-evaluating life and share a hug.

At Jabot, Jack tells Summer, Kyle, and Theo he has news that will affect all of them – he’ll be spending less time at work to be with Dina in the last chapter in her life. Kyle and Theo are supportive. Later, the trio discusses a dishonest employee, Kendra, then Kyle asks Theo for new ideas. Theo wants to revive the Birthday Suit Sunblock campaign. Kyle worries it would look like a lazy retread. Theo will come up with something better. After, Kyle admits to Summer he didn’t hate Theo’s idea. Summer advises Kyle not to let him push his buttons.

At the Abbott house, Ashley and Traci feel it’s great the family’s come together for Dina. Traci says it’s what she needs too. They embrace. Traci confides she’s feeling uncharacteristically emotional and anxious. Ashley understands it’s difficult spending time with Dina, who has no recognition. Traci always worries about which will be the last visit – she’s not handling this very well. Ashley says, “Neither am I.” She cries over living it up in Paris while Jack and Traci did the heavy lifting. Traci soothes that she’s there now. Ashley was running and is sorry! Traci pleads with her not to judge herself and they laugh-cry. Jack arrives amid the sisterly bonding and they agree it’s time for Dina to come back home. 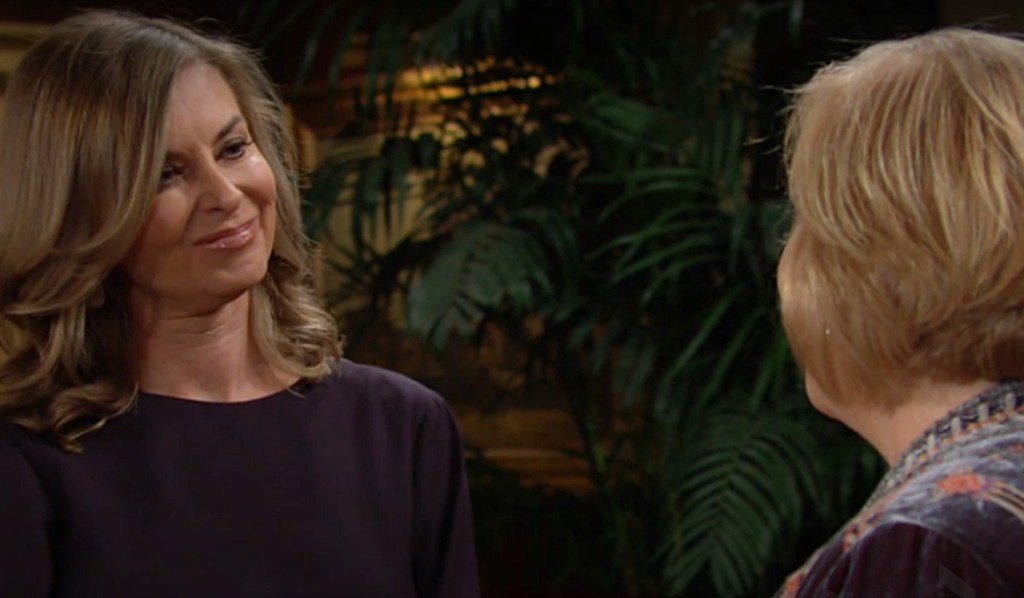 At the ranch, Nikki asks if Victoria needs anything on her errands. Victoria’s fine and is reading Nick’s daily brief. Nikki leaves and Sharon arrives. Victoria still doesn’t want counseling. She complains about her parents’ constant fussing and confides she’s bone-weary and doesn’t want to deal with anyone or anything. Sharon thinks she’s healing, but Victoria is frustrated she’s not out there fighting like Sharon. She decides to go to the office, but Sharon talks her out of it.

At Newman Enterprises, Jill and Nick discuss Colin taking Devon’s money and she advises him never to go back to an ex. Talk turns to Nick helming Newman, and he explains it’s temporary as Victoria’s still struggling. He feels none of this would have happened if not for Billy. Jill’s helping him straighten his life out. She wants to lease the Dark Horse offices. Nick’s interested. 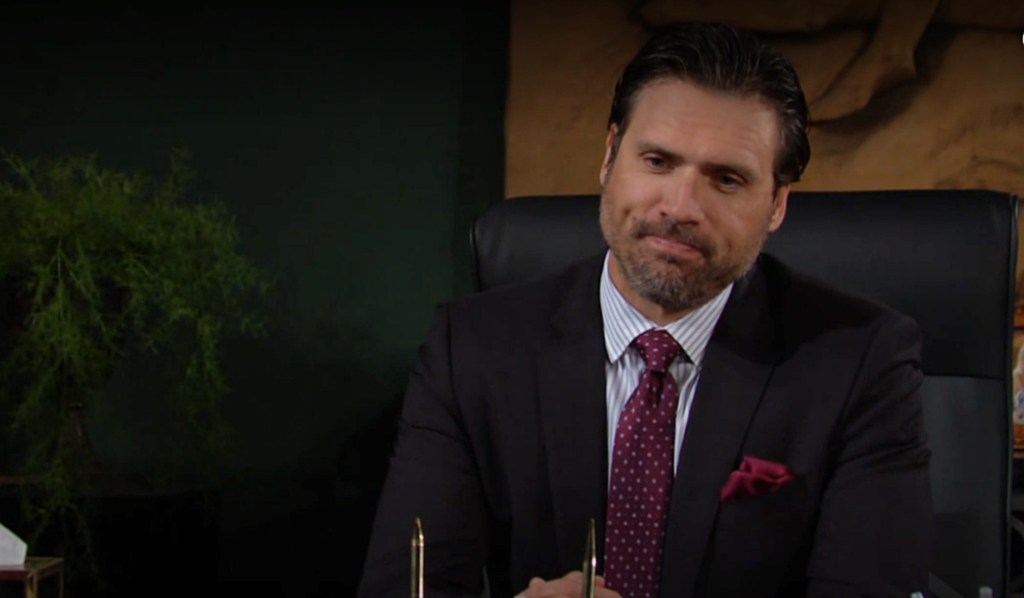 In the Chancellor living room, Lily sees that Billy has something to prove. Billy would like to reassure Jack he’s not nuts and feels guilty about Victoria. Lily assures him things will get better; there are plenty of people in his corner. Jill arrives and informs them the Dark Horse offices are now Chancellor Media. They take the keys and run off to check out their new ‘digs’. 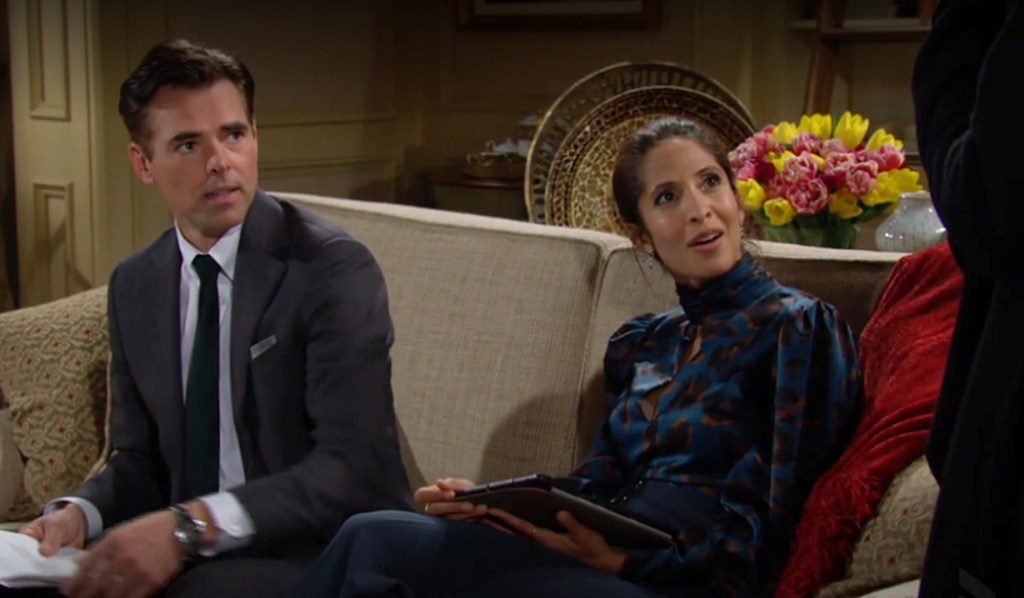 At Crimson Lights, Sharon takes a call from Nikki, who can’t find Victoria anywhere. Sharon knows where she might be. Nearby, Summer finds Theo and warns him to stop messing with Kyle. If not, she’ll make his life very unpleasant.

Victoria enters the empty CEO office at Newman and pounds on the desk. Nick enters and asks if she’s okay. Nikki and Sharon arrive – they were concerned. Victoria hollers at them all to stop. She wanted to get back to who she was before, but obviously she’s not ready. She came to that realization on her own. She needs Nick to keep holding the fort, wants to work with Sharon, and asks Nikki to have faith she won’t break.

At Chancellor Media, Billy and Lily flip a coin for the big office. Lily gets it. They joke amicably.

At Jabot, an employee complains to Theo about Kyle. Theo suggests they get a drink after work.

Since Y&R Is Pre-Empted for News...