Tuesday March 17, 2020: On Young and the Restless today, Billy and Lily work to get on the same page, Tanner and Tessa discuss Mariah, and Jack warns Theo. 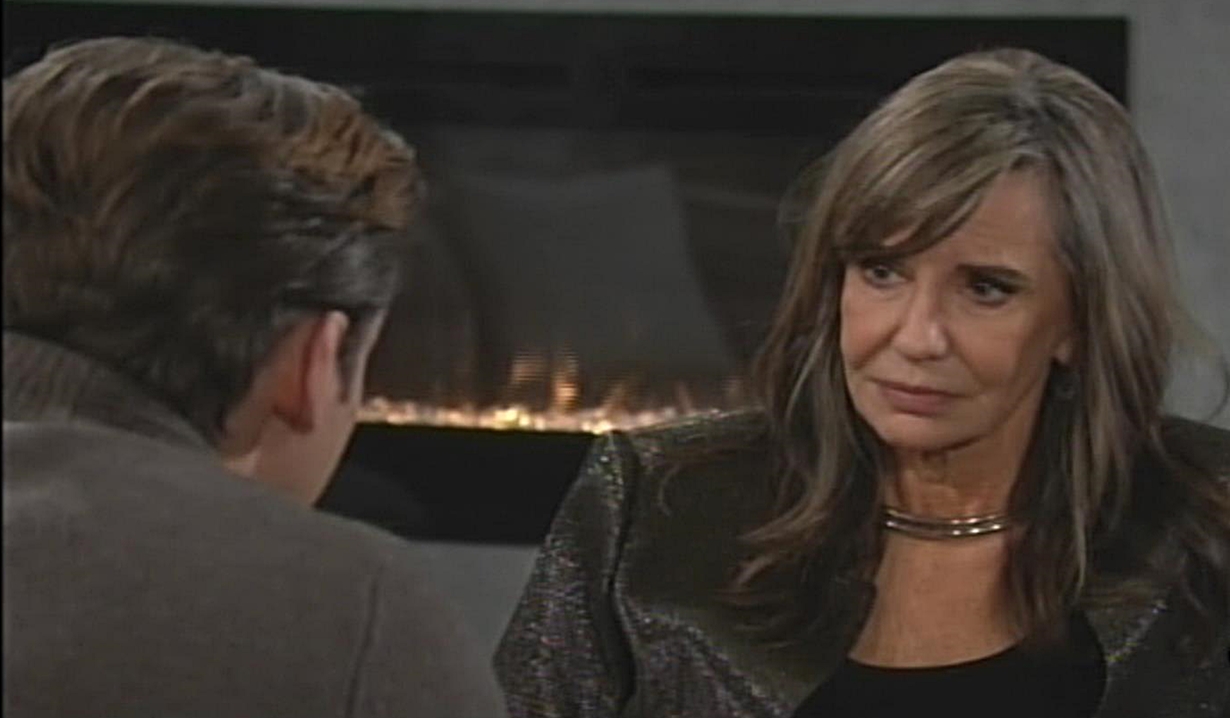 At the Chancellor Estate, Billy shares his ideas for Chancellor Communications with Lily, but she has concerns. She suggests tying their launch to a non-profit. Billy notes she seems to know what she’s talking about. Lily realizes he’s surprised. They bicker. Billy explains this is the biggest thing in his life right now. He’s stepping out of the shadows of his family’s expectations to live his life. Lily remarks, “Good for you. It’s about time.” Billy thanks Lily for getting him. Talk turns back to business, and Billy warns Lily’s thinking too small. They order takeout and while eating are able to collaborate. 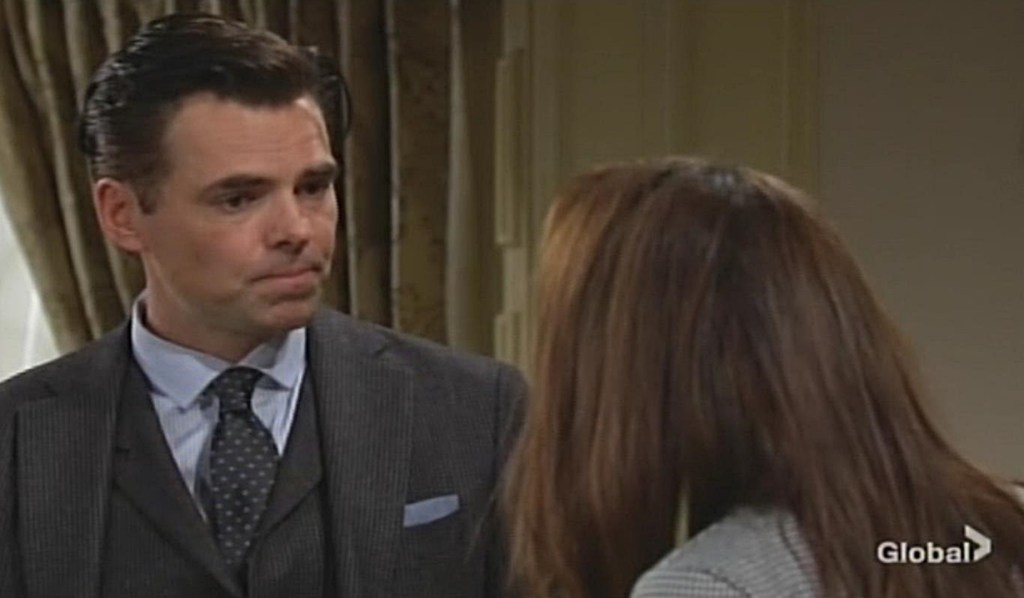 In Society’s kitchen, Abby updates Lola that she’s opening a hotel across the street from Grand Phoenix and wants her help. Lola’s thrilled. She asks about Chance and whether he’s ‘the right one’. Abby just wants to enjoy it for now. Talk turns to Lola having to see Summer with Kyle. Lola fills her in on riding out the storm with them and Theo. Abby would have bolted the door shut. She fishes about Theo. Lola isn’t rushing into anything ever again.

At Jabot, Kyle tells Summer she’s a marketing genius. They kiss as Theo enters and remarks on them working hard. Kyle bristles. Jack appears and asks Theo to speak alone. He calls him out for still goading Kyle. Theo kids around and Kyle takes it personally. Jack theorizes that Theo feels resentment toward Kyle. Theo admits he feels Kyle’s never had to do a lot of hustling. Jack argues he’s had setbacks like anyone and urges Theo to focus on succeeding with his own goals. “I mean it, Theo. Let it go.” Elsewhere, Kyle tells Summer he loves where they are. They kiss. 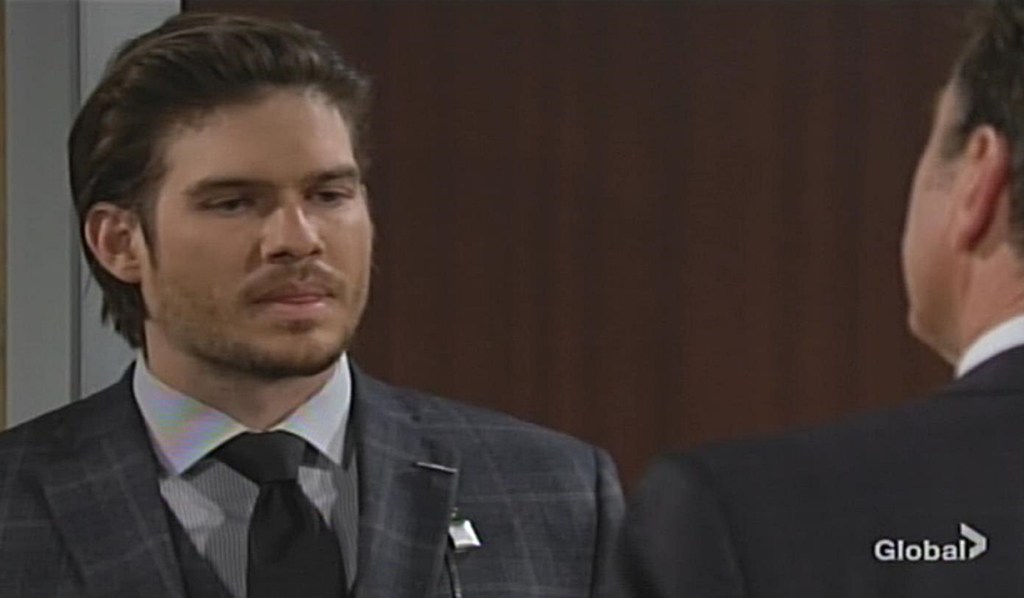 On the private jet, Tessa tells Tanner it’s too late for her and Mariah and complains about her convincing herself they were having sex. Tanner points out they created buzz online and alludes to it feeling real to him…they always had chemistry. Tessa accuses him of lying. Tanner feels Tessa and Mariah are the real deal, but says it wasn’t all a lie – he thought about them being together…but she belongs with Mariah. Tessa can’t get past what she did.

At Grand Phoenix, Chance updates Jill that Colin never intended to keep Devon’s money. His real plan was what he did with it in between – he laundered it. Jill exclaims she’s been an idiot upon hearing a large amount of money passed through Chancellor Industries’ accounts. Chance warns her to contact her attorneys. She won’t go to prison and he’ll catch Colin. 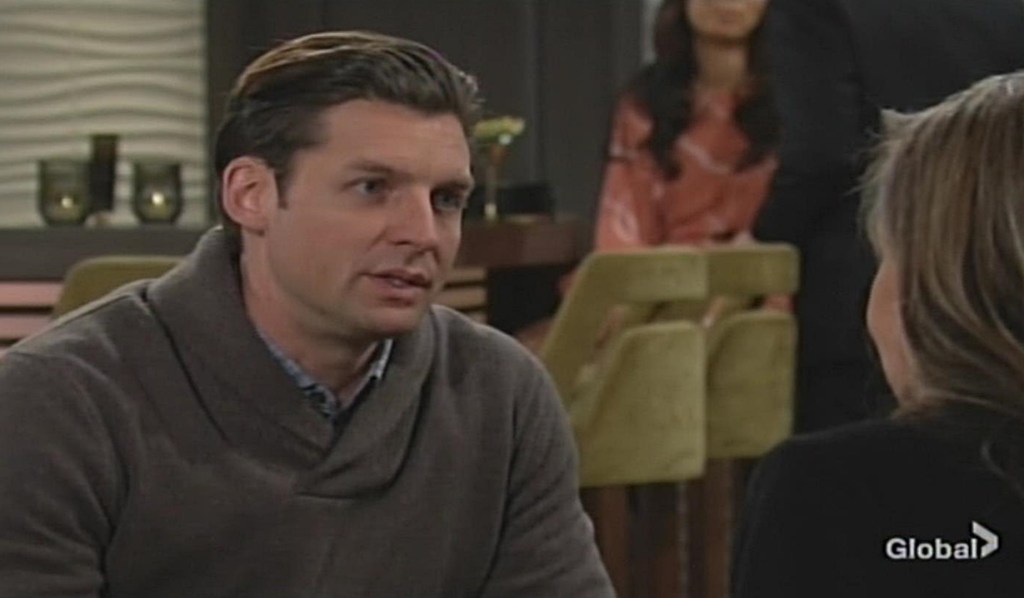 At Crimson Lights, Mariah’s upset to learn Kyle told Summer her private business. Kyle apologizes. Summer’s rooting for her and Tessa. Mariah reveals Tessa won’t forgive her and wonders why Kyle urged her to go see her. Kyle notes there were no guarantees. Mariah laments tossing a grenade into the best thing in her life and snaps she doesn’t want pity before exiting tearfully. 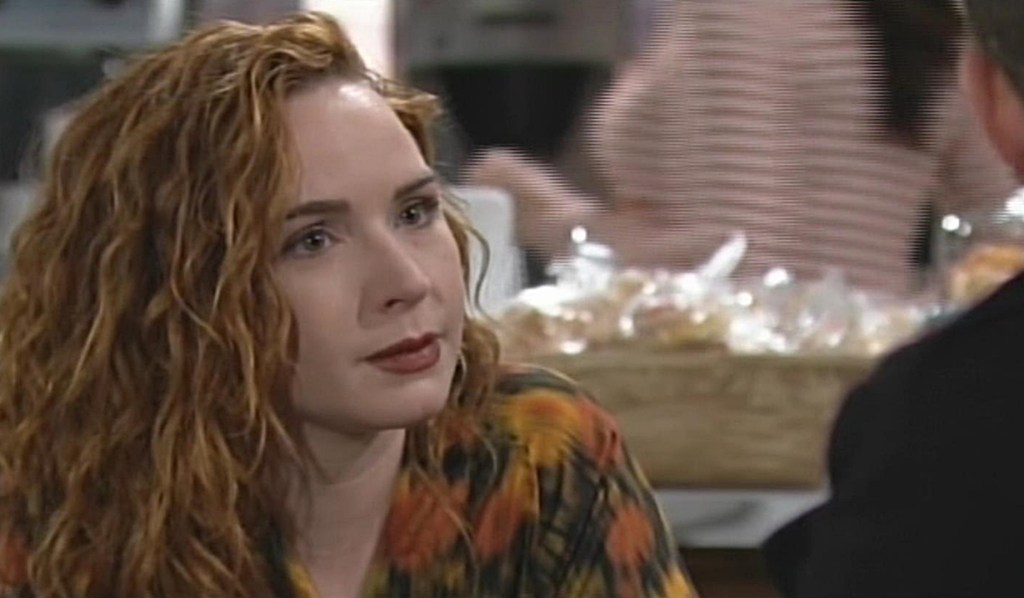 At Sharon’s house, she’s pleased Rey loves her as she is and doesn’t treat her as unbreakable. They kiss and Rey feels lucky. They’re kissing when Mariah arrives. Rey takes off and Mariah cries in Sharon’s arms. Sharon commiserates about doing something you regret – Mariah will find happiness again. Mariah states there’s no coming back from this – she needs to move on. She gets a text from Devon, who hooked her up with an interview, and she got the job. Mariah won’t take it – it’s in Chicago. Sharon wants her to accept, she will be fine. Later, Mariah gets a call from Tanner inviting her to his next concert – the only thing at stake is the rest of her life.

Theo finds Lola in Society’s kitchen and wants to take her to New York on a first date. Lola agrees. He jokes they should go now. After, Lola asks why he really came by. Theo fills her in about his conversation with Jack. When he’s with her, all that stuff goes away. She makes him want to be better – he’s never had anyone in his life like that before. He walks out smiling. At the bar, Chance tells Abby he has to leave town due to Colin. Abby will come with him.

Mariah Sobs and Pleads for Another...

Young and Restless Is Pre-Empted for...