Mariah Sobs and Pleads for Another Chance As Tessa Dumps Her

Monday March 16, 2020: On Young and the Restless today, Sharon visits Victoria, Rey teaches Faith a lesson, and Adam comes to a strange realization. 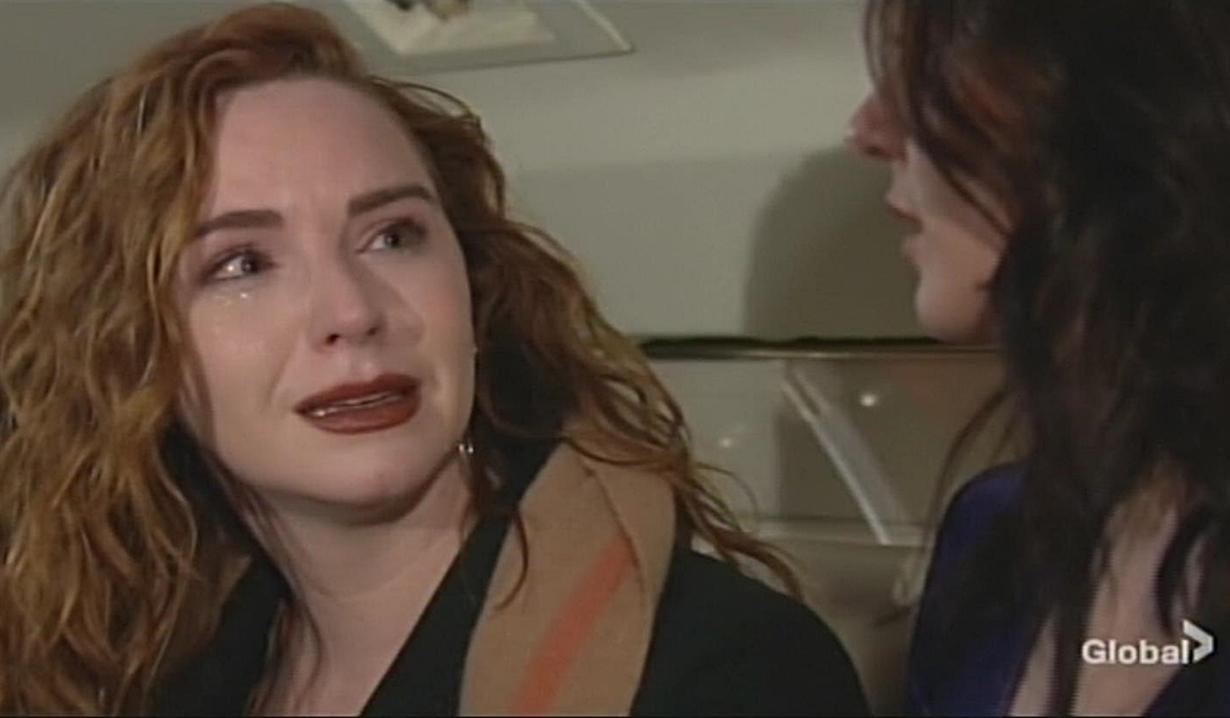 Sharon visits Victoria at the ranch. Victoria thanks her for helping with the kids while she was in the hospital. Talk turns to Victoria’s recovery. Sharon admits Nikki’s worried and thinks she can help. Victoria just needs rest, not counseling. Sharon will just be a friend. They talk about Victoria only having her recovery to focus on. Sharon knows it’s not idyllic, and shares she has cancer. She sometimes feels like a thing that has to be tended to and misses living her life. Victoria shares that Victor gave her boxing lessons after she and Billy broke up – it did help her blow off steam. They share a laugh. The conversation turns to having to walk away from your relationship. Victoria realizes Sharon’s referring to Nick. Sharon made it through, and Victoria will do the same. 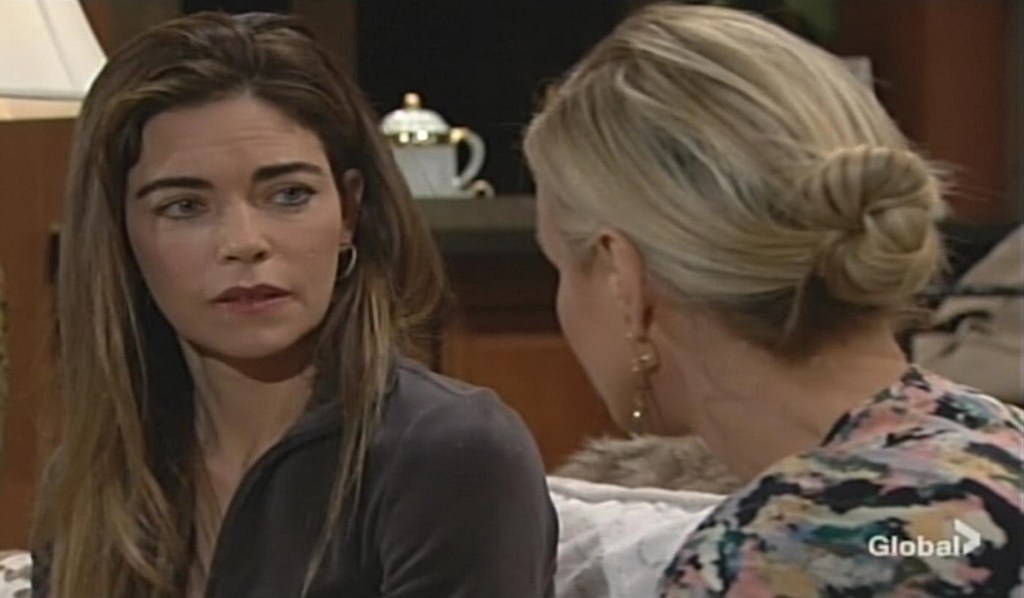 At Sharon’s place, Rey wants to talk to Faith about what she’s been up to at school. He confronts her about skipping classes and being a smart mouth to the teacher. Faith wonder why she’s getting this lecture from him. Rey and Nick didn’t want to worry her about it. Faith’s relieved and promises to turn things around. Rey agrees they don’t want to add to her stress. He decides to take Faith to get ‘schooled’ since she’s still snarky.

Adam and Chelsea canoodle in Kansas. He tells her he ran into his childhood friend Alyssa Montalvo, (played by Maria DiDomenico), on his run. Chelsea’s keen to meet her. Alyssa arrives. She shares that she’s a crime reporter and recalls their lives were turned upside-down by Adam’s stepfather Cliff’s death. Hope was kind to Alyssa when her father was in jail, then he later died. Connor appears and Alyssa tells him he looks like Adam when he was little – he was her best friend when she really needed him. Connor agrees his dad’s the best. Adam’s disappointed to hear Alyssa’s mother also died and would never talk about her father again. After, Adam confides to Chelsea that Alyssa’s father, AJ, was a loan shark. He recalls Victor was in town when he died. Chelsea thinks it’s odd the man Adam didn’t know was his father showed up when Alyssa’s father died. 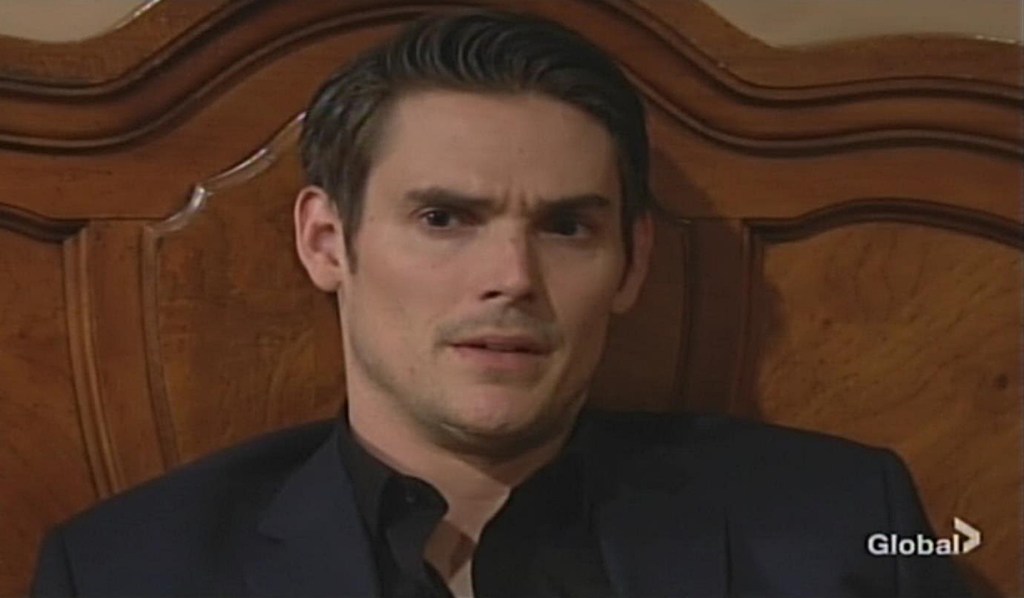 On Tanner’s jet, Tessa’s anxious to get the wheels up, but he explains there’s a delay. Mariah appears. Tessa wants her to leave and asks Tanner what he was thinking. He says she deserves an apology – just listen. Once alone, Mariah is horrified by what she did – it’s not her. Tessa says it sure looked like her. Mariah talks about how much she missed her; she felt like Tessa had fallen for someone else and the life they built wasn’t big enough for her. Tessa thought Mariah was the last person she’d imagine would break her heart. Mariah hasn’t seen Lindsay since, and wants to work this out. She admits there was a series of life-shattering events that led to this and relays that Devon shut down Power Communications and Sharon has breast cancer. Tessa gapes. “Oh my God…” Mariah thought it would be selfish to tell her. Tessa asks, “Did you tell Lindsay?” She tears up at Mariah’s expression. Mariah promises to be better. She pleads for another chance. Tessa says it was over the second she betrayed her – she’s done with her. Mariah sobs that she doesn’t know how to say goodbye; this was supposed to be forever. Tessa breaks down after Mariah’s gone. 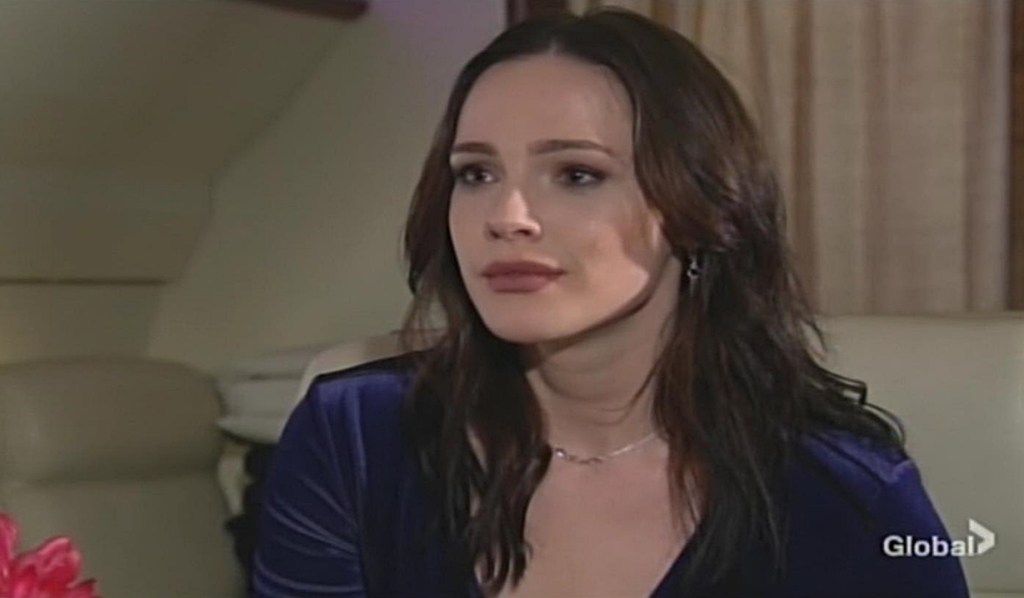 At Society, Rey informs Faith she’s going to do dishes and bus tables to learn they all have to do things they don’t want to do. Lola confers with Rey, who fills her in and hopes she can sort Faith out. In the kitchen, Faith opens up to Lola – she misses who she was at boarding school. Lola advises her to find her people, find what she loves, and do it. Faith worries Sharon might make her go back…and she can’t yet. Lola urges her to be honest.

At home, Sharon updates Rey on her visit with Victoria and is surprised to hear Faith is with Lola. Rey admits her problems at school and Sharon’s upset he didn’t tell her. Rey vows it won’t happen again. They turn flirty and Sharon wants to go upstairs. They kiss.

Jill gets bad news from Chance.