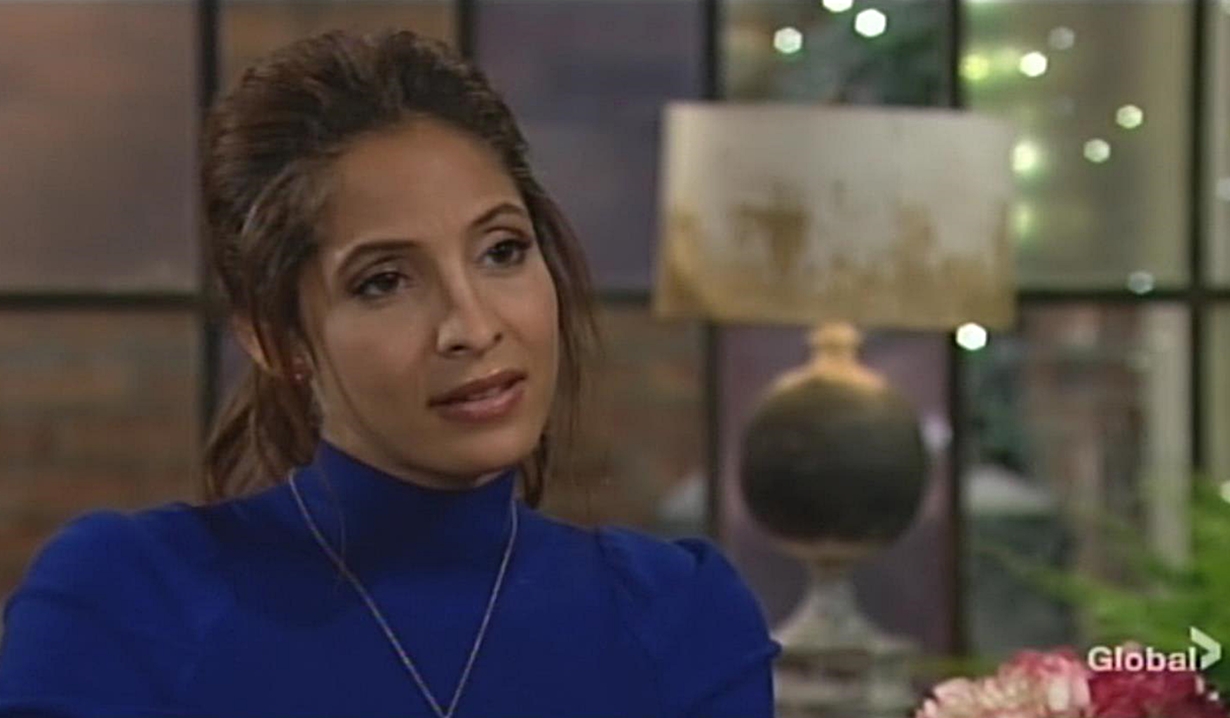 At the Chancellor Estate, Billy questions working with Lily, who doesn’t live here. Jill says Lily will come back, though Lily cautions she hasn’t agreed to anything. Jill thinks they’d both bring their unique strengths to the social media division at Chancellor and leaves them to figure it out – either they’re both in or neither one gets the job. Lily can still work with inmates from Genoa City and wants the gig. Billy explains he had come around to the idea of being his own boss. Lily understands, but she has a lot of ideas. They disagree on how to approach the new division.

Traci greets Jack at Jabot. He warns Dina’s not very responsive, then updates her on Jill’s offer to Billy. Traci marvels at the idea of Billy and Lily together again. Jack gets a text from Billy, who wants to talk, and Traci gets a similar text from Lily.

At Grand Phoenix, Phyllis knocks on the door of Chance’s suite, where Abby is dressed up as her, and threatens to use her key. When Chance lets her in, Abby’s hidden. Phyllis confronts Chance about breaking into her room and complains, “You crossed a line!” Chance counters she crossed a line recording him and Adam talking in Vegas. Phyllis muses about making the recording public and says Abby will bring him down – he could do better. Chance defends his girlfriend. Phyllis decides she’ll hang onto the evidence and leaves. After, Abby angrily emerges – if she wasn’t ready to get the safety deposit box before, she certainly is now. Later, Abby and Chance return from their successful mission. Chance marvels at the risk she took for him and they start kissing. 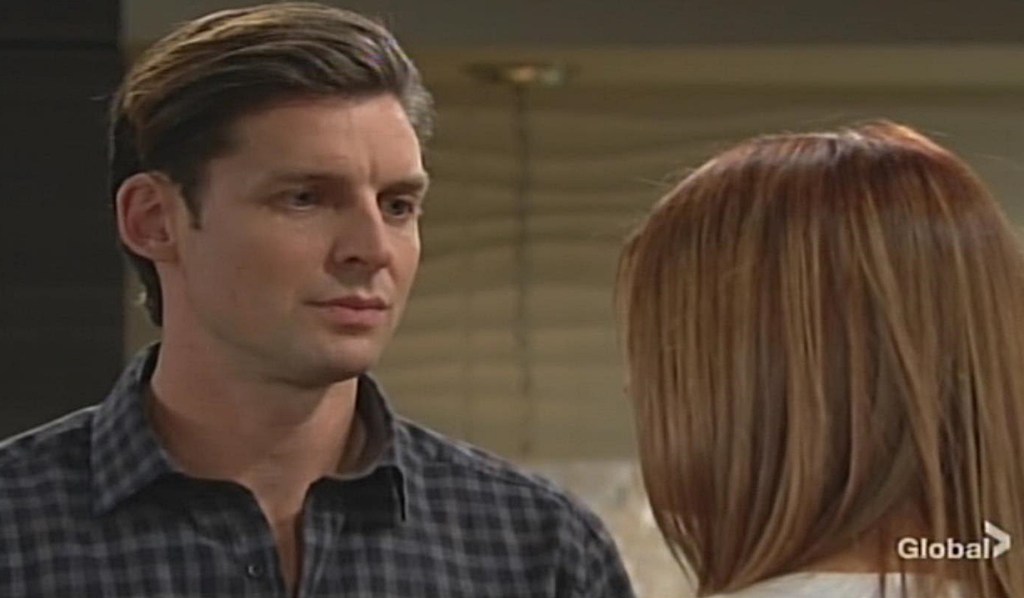 At Crimson Lights, Elena gets a call from Nate and asks, “What do you mean?” Later, Nate arrives with Amanda and Jared, whose grandfather has died. Devon and Elena comfort him. Amanda asks the tearful young man to tell her about his grandpa. Nate offers Jared a place to live. Jared doesn’t want to go back to staying with someone he hardly knows. Amanda takes Nate and Devon to the patio – if they come on too strong it won’t end well. Devon learns Amanda was also in the foster system. He hears her, but still wants to get through to Jared as people did with him. Suddenly, they realize Jared’s gone. 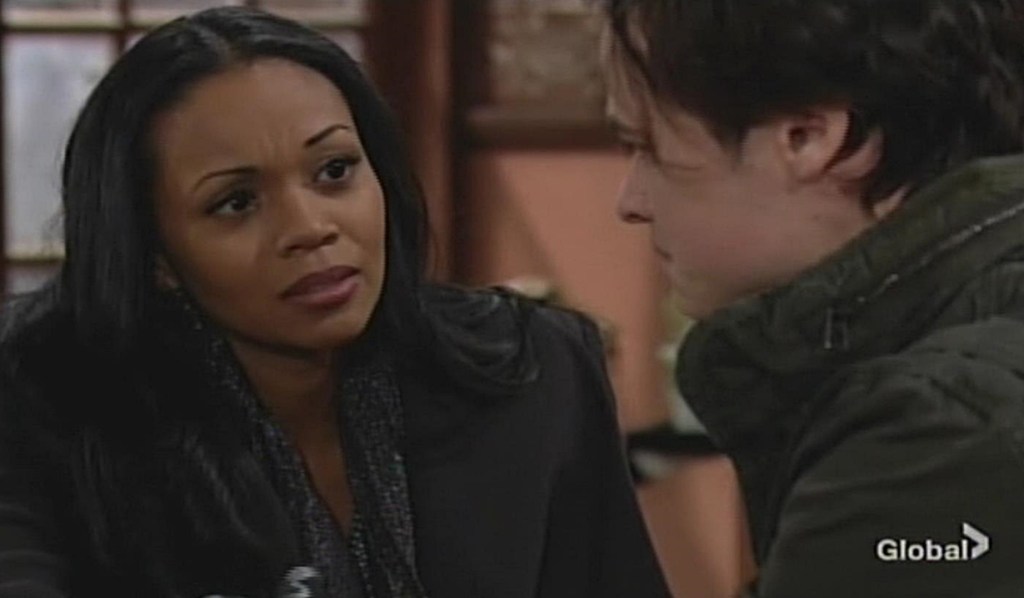 At the ranch, Nikki’s displeased that Victoria took Reed to the airport. Victoria liked having the kids under one roof and knowing they were safe. Nikki wants her daughter to be safe. Victoria will get there eventually. Nikki looks concerned.

At home, Sharon’s keen to get to her chemo session. Rey lets Nick in – he brought her old MP3 player with her favorite songs on it. Sharon hugs him.

Nick is updating Victor at Newman Enterprises when Nikki arrives – she’s concerned about Victoria’s mindset. They agree she’s despondent and withdrawn. Nikki thinks she should talk to Sharon. Victor declares it ridiculous. Nick thinks it makes sense. Victor warns they don’t know what Victoria thinks yet.

At Society, Traci encourages Lily to take Jill’s offer and believes she can keep Billy on an even keel – he trusts her. Lily feels they’re approaching the venture from different angles and ponders staying where it’s safe. Traci feels Lily should stop focusing on the negatives and look at the possibilities.

Billy arrives at Jabot, where Jack figures he wants him to agree that working with Lily at Chancellor is the wrong idea. He advises Billy to walk away while he can. Billy thinks he’s using reverse psychology. Jack tells Billy he should be asking himself if it’s right.

Rey and Sharon return home from chemo. Nikki arrives and tells Sharon that Victoria needs her. Sharon feels Victoria should see someone with more experience. Nikki argues Victoria is familiar with Sharon. She’ll consider it. After Nikki goes, Rey thinks it could take Sharon’s mind off the cancer. Sharon goes upstairs and Rey takes a call from Nick, who needs his help regarding Faith.

At the Chancellor Estate, Lily and Billy each tell Jill they have reservations but will accept the challenge of working together. Jill beams. 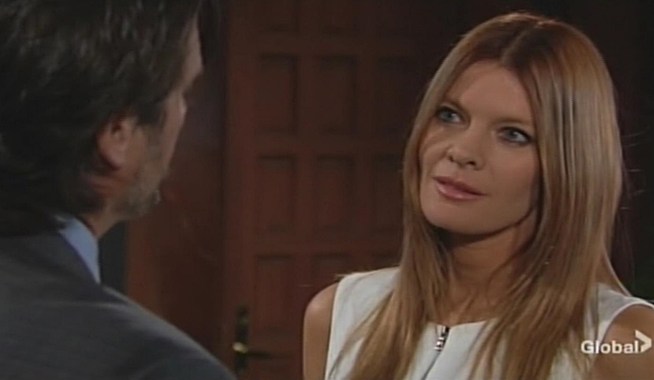 Mariah Sobs and Pleads for Another Chance As Tessa Dumps Her 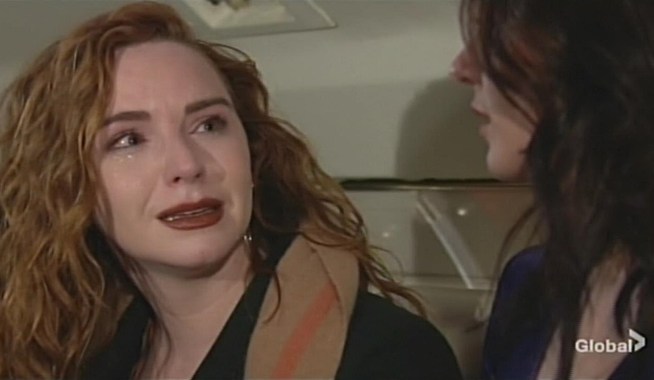