Tuesday March 10, 2020: On Young and the Restless today, Amanda becomes involved in Nate's emergency, Mariah opens up to Kyle, and Victoria tells Billy they're done. 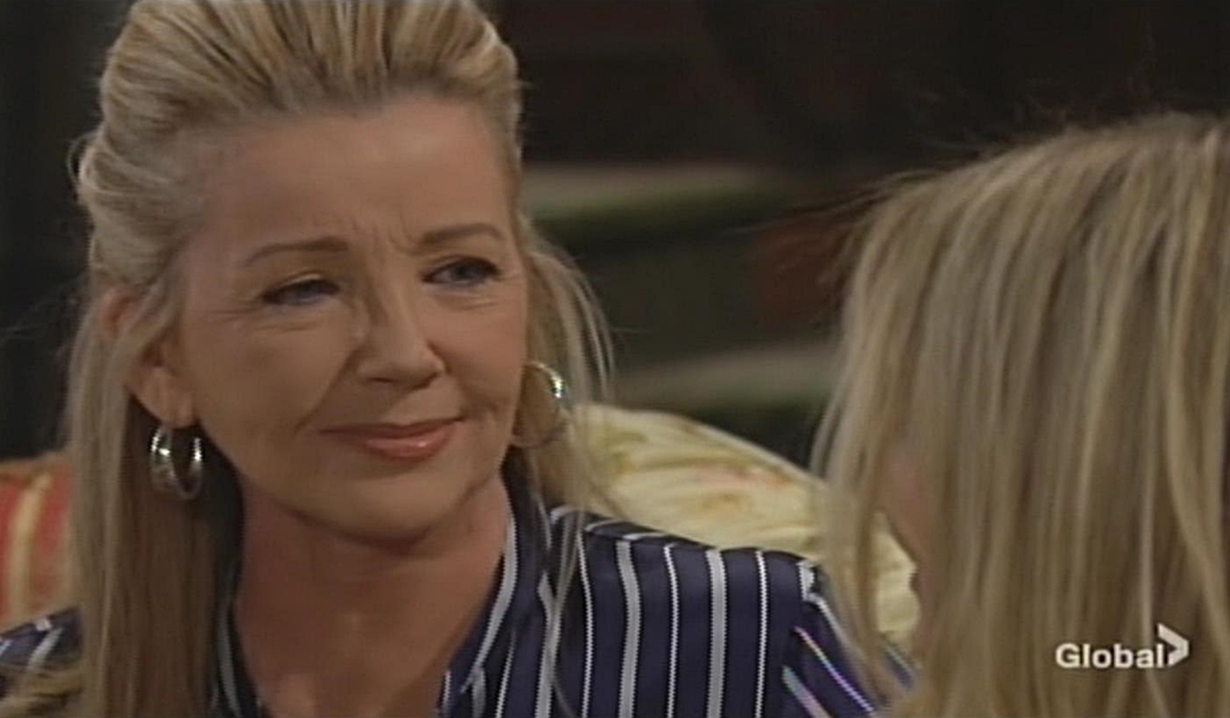 Elena and Devon enthuse about the clinic now being a reality. They’re about to leave when Jared, (played by Michael Maclane), enters and asks Elena to come with him – it’s an emergency.

At Crimson Lights, Amanda tells Nate everything changed for her when she heard Ripley had been arrested. He assumes she got some good rest. Amanda smiles. “I did.” She reveals she’ll go to Ripley’s arraignment today. Nate worries it will make Ripley think he still has power, then apologizes for overstepping. He’s looking forward to getting to know her better and suggests Devon could help her find clients. Nate tells her about the clinic, then he gets a text and says, “Oh no.” 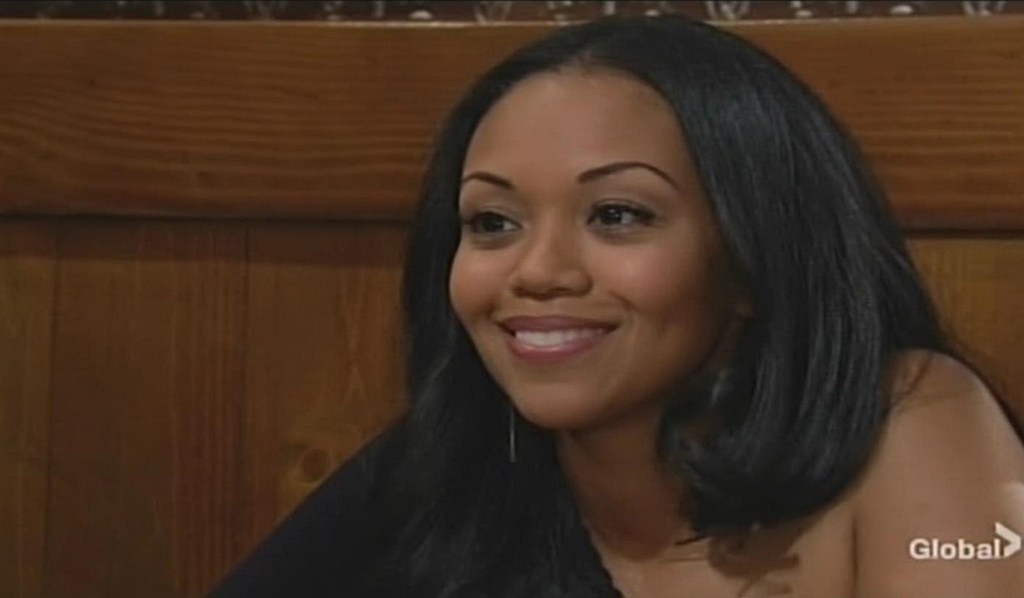 At the ranch, Nikki updates Victoria that Nicholas is taking over at Newman until she returns. Victoria’s pleased. Nikki takes a call from Billy, and reluctantly hands the phone to Victoria, who invites him over. When Billy arrives, Nikki exits. Billy’s sorry Victoria’s going through this – he wishes it was him. Victoria knows he does…but that changes nothing. She opened her heart and trusted him again – this is where it led her. “I’m broken…and that’s on you.” Victoria smirks when he says he’s there for her and advises him they’re done. She won’t change her mind and thinks he should be thrilled – it’s exactly what he wanted, a fresh start. Victoria cries after Billy goes. 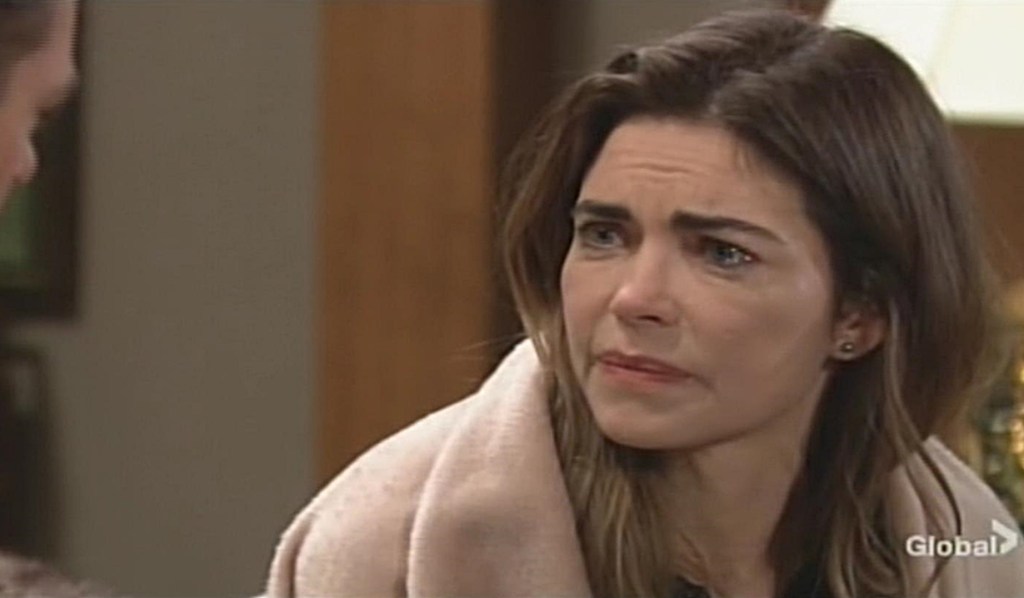 At home, Sharon worries to Mariah that her doctor will cancel her chemo treatment. Rey arrives and Sharon is anxious to leave. Later, they return, and Mariah learns Sharon couldn’t have her treatment as her white blood cell count was low. Sharon urges Rey to go to work. After Sharon naps, she asks Mariah about Tessa. Mariah confides she’s not answering her phone – she’s furious. If Tanner was looking for a way to get back with her, she handed it to him on a silver platter. Sharon urges her to go find Tessa and worries her cancer has kept Mariah from doing what she needs to do. Mariah assures her she’ll be fine. 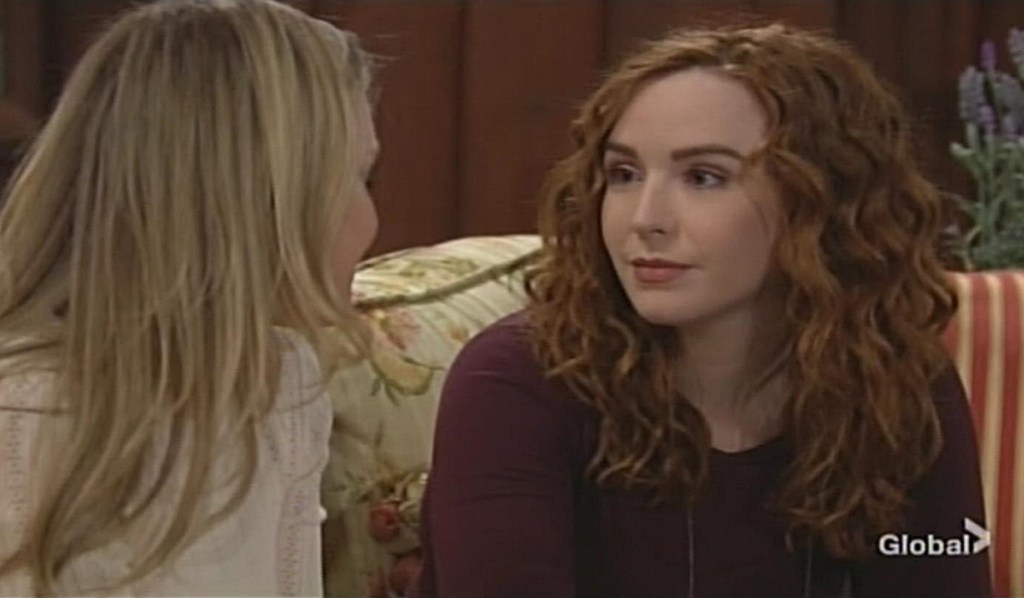 Elena and Nate return to the clinic with Jared, and assure him Nate’s waiting at the hospital for his grandfather. They’ll take him there.

Nate, Elena and Jared arrive at Crimson Lights to await Nate’s call. Amanda introduces herself to Jared and learns he doesn’t go to school and was previously in the foster system. Nate arrives to take Jared back to the hospital and Amanda tells him she wants to focus on helping people like Jared and won’t attend the arraignment. Elena and Devon are excited about the clinic already helping; they want to do more. 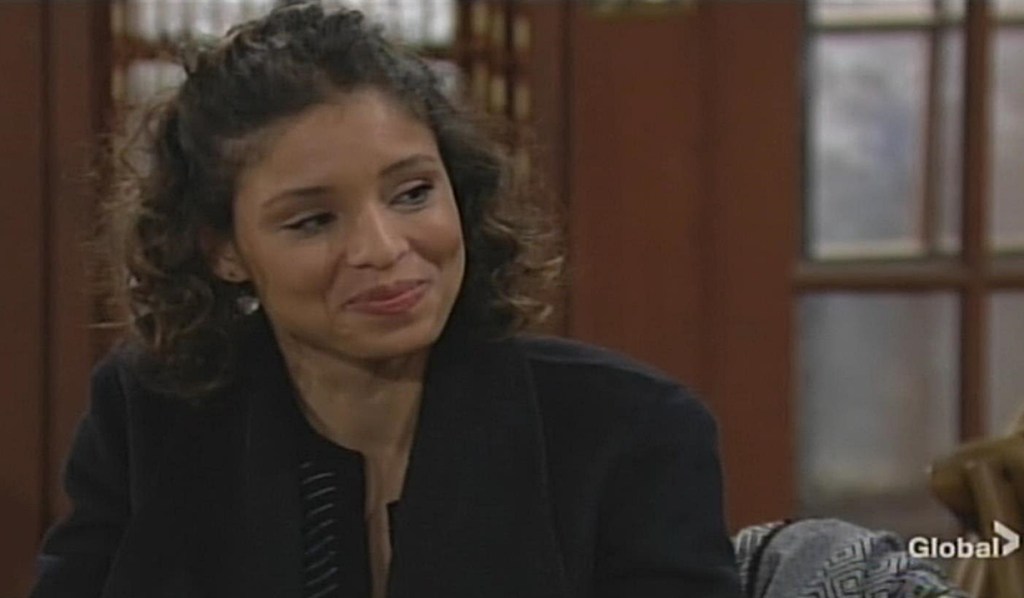 At the Grand Phoenix, Rey gets a text from Mariah that she left and Sharon’s having a tough time. Rey calls Nikki. After, Billy arrives. He and Rey discuss Amanda, then Victoria. Rey learns he visited the ranch and assumes there was a thaw. Billy’s on the outs with everyone but the kids. Rey explains trauma victims sometimes lash out. Billy relays Victoria feels the break-up and attack are intertwined. Rey thinks she’s associating her pain and terror with him rather than the guy who did it. Billy feels helpless and Rey can relate.

Nikki arrives at Sharon’s place and demands to know why she’s pushing away the people who care about her. She learns Sharon’s treatment was canceled today and invites her to confide her darkest fears. Sharon’s afraid she may have to stop the chemo altogether…what then? She can’t go to the worst-case scenario with her loved ones and is living in a constant state of terror. Nikki urges her not to give up and to fight the cancer the way she’s always fought her. They cry and embrace. 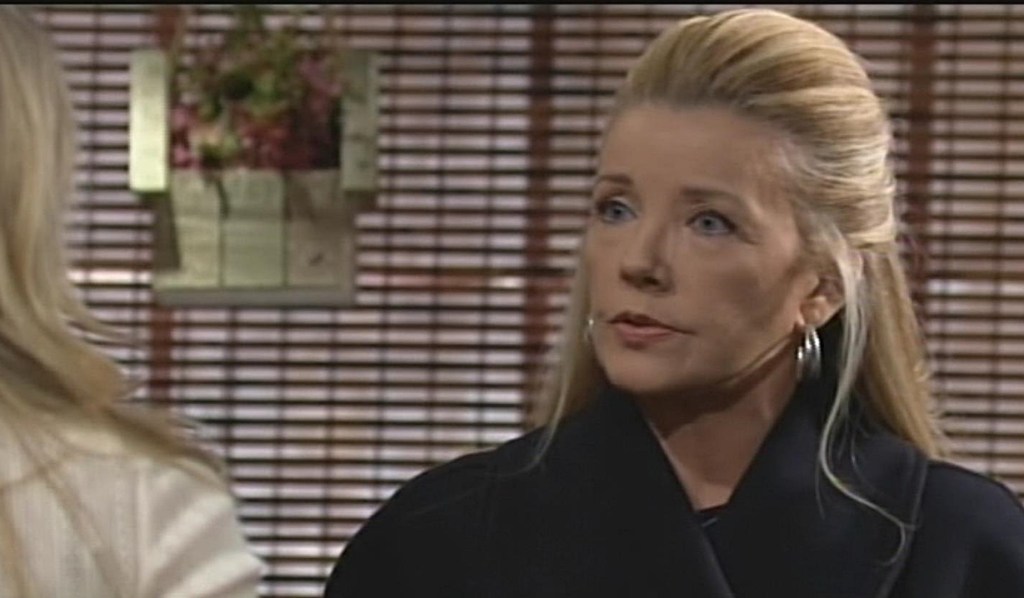 Mariah visits Kyle at Jabot. He invites her to unload on him. Mariah won’t judge – she needs her friends right now. She tells Kyle she lost her job, is dealing with a health issue, and hasn’t told Tessa about any of it. Then, she made things worse by accusing Tessa of cheating, then was caught cheating herself. Kyle looks grim. He agrees with Sharon she should go see Tessa. Mariah worries she’ll reject her. Kyle knows Summer is the right woman for him and believes it’s the same with her and Tessa. 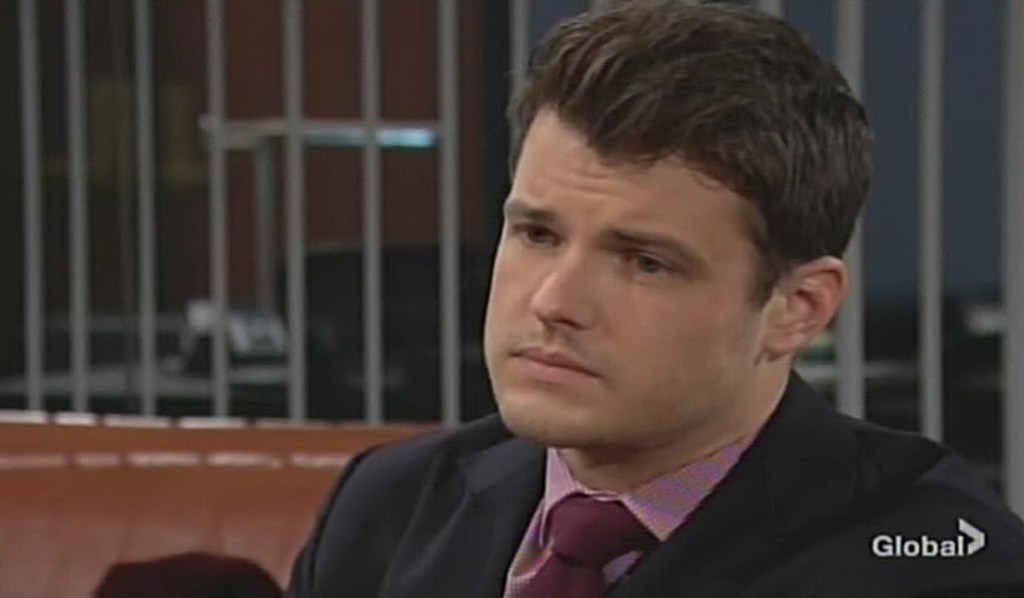 Chelsea has plans for her future. 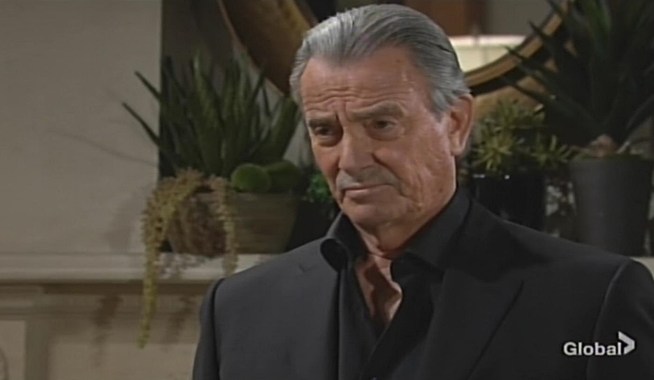 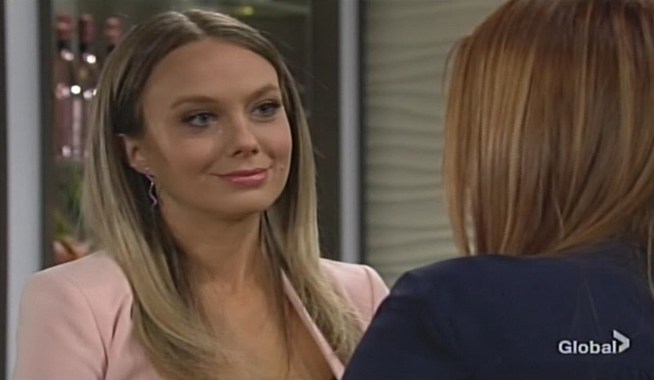