Chloe Starts Having Contractions While Trapped With Kevin, Lauren & Michael in the Ice Storm

Wednesday March 4, 2020: On Young and the Restless today, Billy takes Amanda off guard, Lola releases tension with Theo, and Ashley and Jack envision talks with Dina. 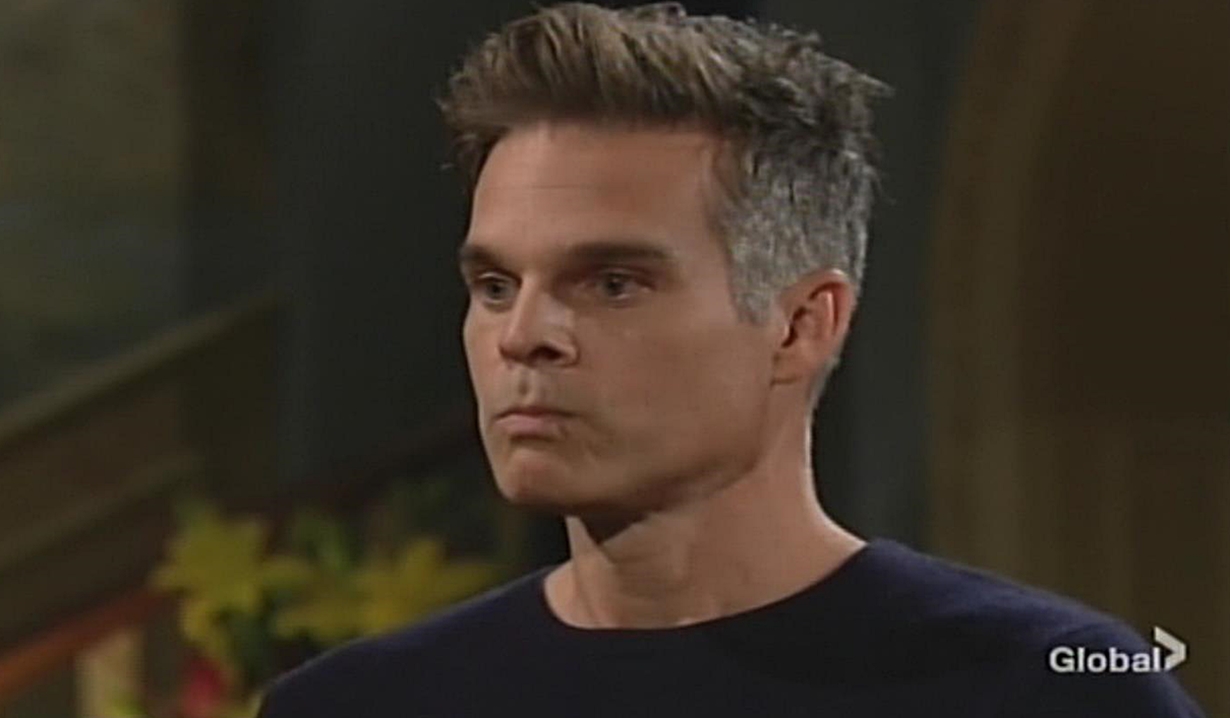 At the hotel, Abby joins Chance and teases she has a mystery to solve and has to make sure he’s not hiding anything on his person. She’s undressing him when she’s called to an emergency. Elsewhere, Billy knocks on Amanda’s door. She asked him to leave her alone and nothing’s changed. She allows him in as he merely wants to check on her. Amanda’s frustrated by everyone treating her as a delicate flower. Billy understands. He’s just there to support her. She calls him out for using her as an escape; she was his enabler. Victoria almost died due to their friendship, which makes her feel awful. Billy disagrees she was his enabler…he thought maybe she was his answer. Amanda’s irked. He meant it and takes her hand. Downstairs, Abby’s abrupt with a guest as the problems pile up. Chance guesses Phyllis is stuck somewhere and reminds Abby she’s still in charge. Abby leaves Phyllis a terse message. Chance disappears then returns with sandwiches. Abby beams. They return to the suite and Abby thanks him for being there. He feels lucky to be that man. Abby will show him how grateful she is and pushes him onto the bed. 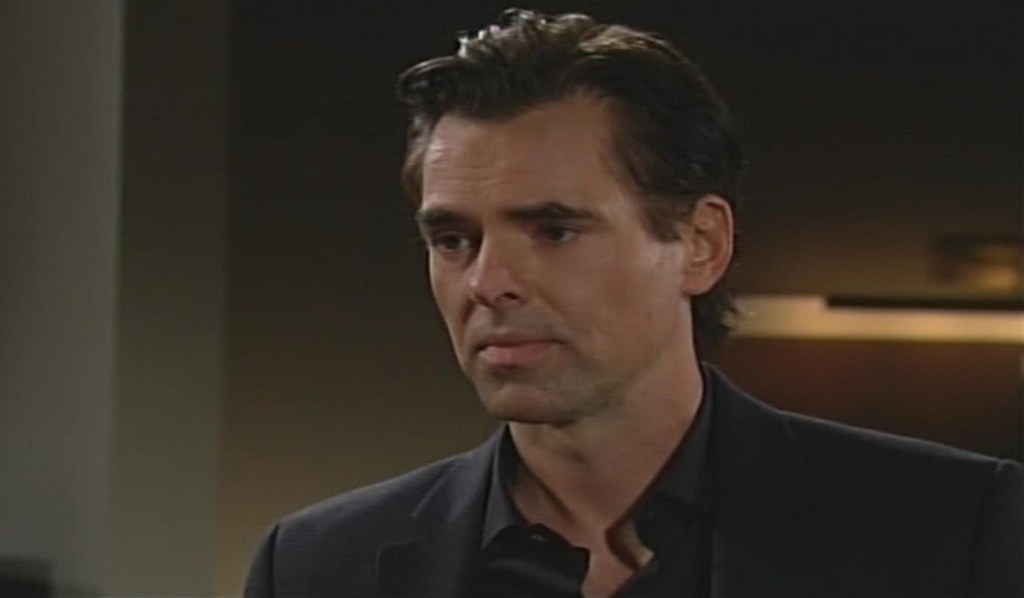 At Jabot, Ashley tells Jack she knew this day would come for Mother. Jack did too, but it doesn’t make it any easier. Ash worries they won’t get home tonight. They have to go see Dina once it’s safe. Jack forewarns she hasn’t been lucid much lately and sometimes becomes terrified of him – it’s devastating. When Ash goes to freshen up, Jack sees Dina in the CEO chair saying he looks exhausted. She knows he misses who she used to be, but he’s gone on without her before. Jack shares his fears about her dying. Dina will know he’s by her side and advises him to look to John for guidance. Jack does. Later, Dina appears to Ashley and says despite who her father is, she’s an Abbott. “Lean on your brother and sister.” After, Ashley and Jack talk. She misses her family. 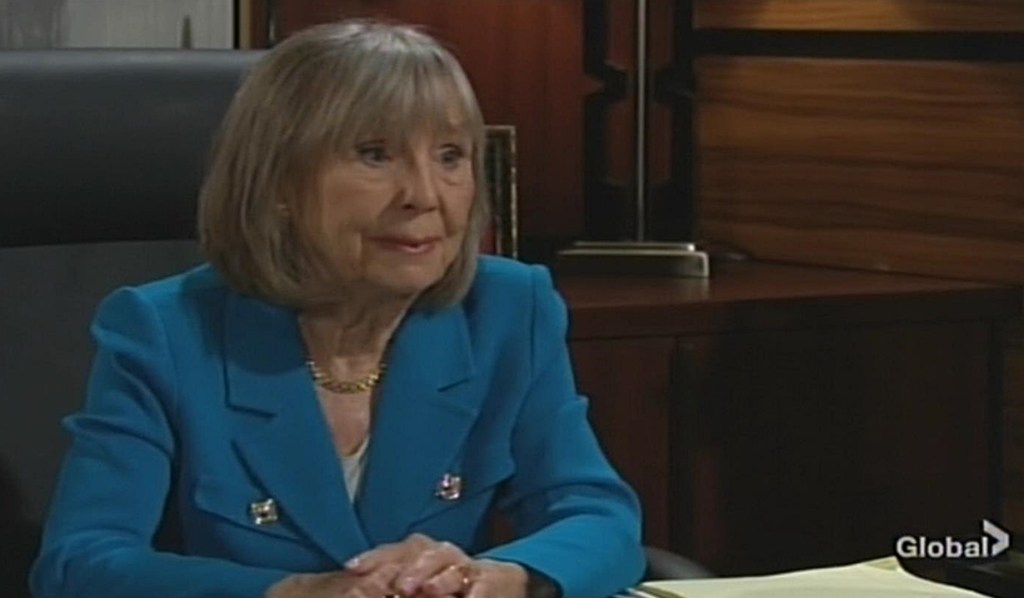 At the Chancellor Estate, Lauren and Michael thank Kevin for dinner but they should go. The storm rages outside. Chloe flies into the room and accuses Kevin of cheating on her. “What did you eat today and where did you have lunch?” Kevin concedes he and Michael had sushi at her favorite place. As they bicker, Lauren worries to Michael about the storm. A call comes in from Esther, who’s stuck at Bella’s friend’s house. Lauren and Michael head out. Kevin remarks to Chloe they’re all alone. She tells him it’s not going to happen tonight. As Kevin talks about his freelance opportunity Chloe gets a twinge. Michael and Lauren return – the roads are impassable. Chloe announces she just had a contraction.

At Society, Lola’s surprised to see Theo, who explains he was waiting for her because of the storm. She wonders if he was hoping she’d invite him to stay over at her place. Theo thinks she’s a teeny bit full of herself – he was being a gentleman. Lola’s unconvinced he doesn’t have a motive. She describes how he probably imagined faking car trouble to get invited into her apartment and asks him to finish the story. He pictures them huddled up together. They’re about to kiss when Kyle and Summer appear – their car’s stuck. Lola takes Summer to find something dry to wear and Kyle remarks on Theo’s sleazy plans with Lola. Theo suggests he find another place to ride out the storm next time. After Kyle unsuccessfully re-attempts to start the car, he’s apologetic toward Lola, who offers food. Theo, still unimpressed with Kyle, joins her in the kitchen to ask how he can help as she mutters about Kyle and Summer. Lola pushes him up against the freezer and kisses him. Theo’s fine with her using him to release tension. He rejoins Summer and Kyle and says Lola’s bringing food – it looks like they’re stuck together for a while. 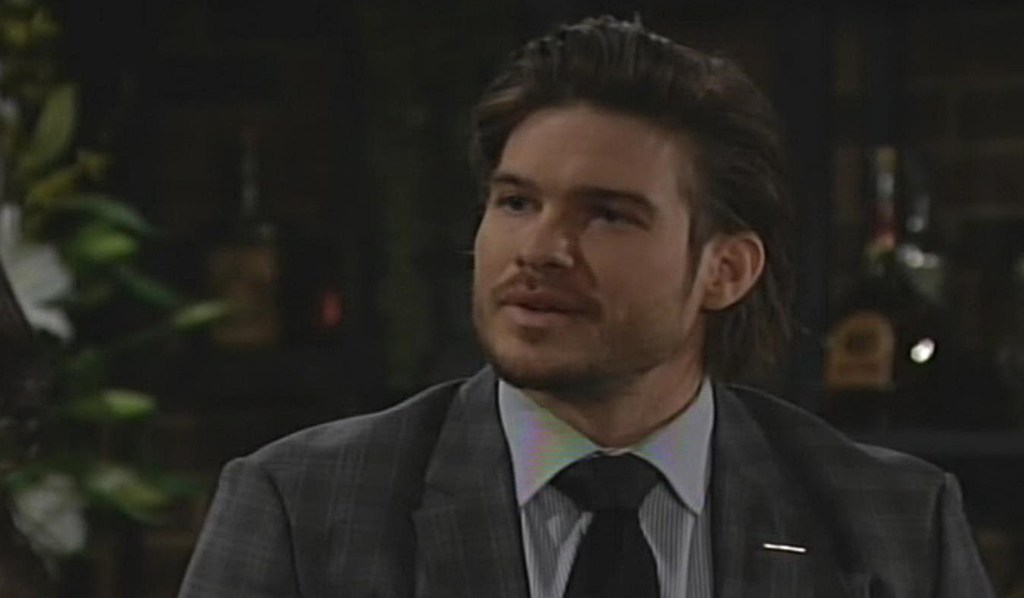 Nate and Elena help a person in distress.

Tessa Walks Out on Mariah After She...