Tessa Walks Out on Mariah After She Denies Sex With Lindsay

Tuesday March 3, 2020: On Young and the Restless today, Reed pays Victoria a visit, Victor reaches a decision, and Phyllis gets stranded at Nick's house. 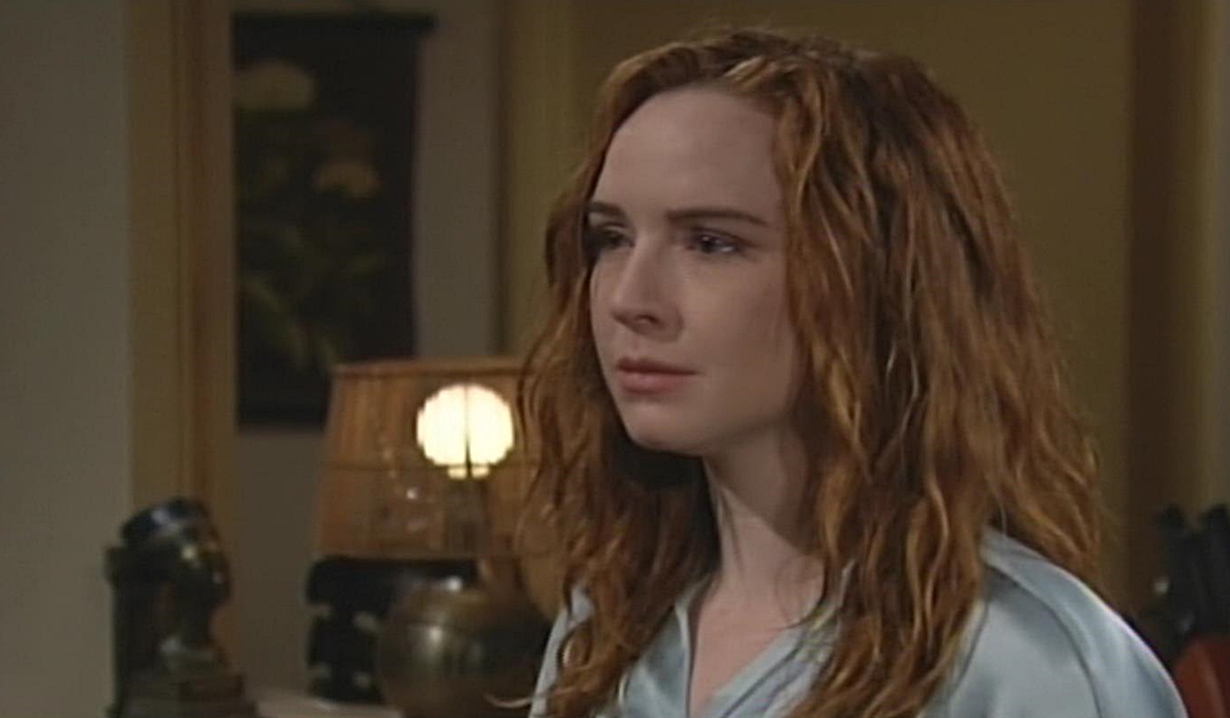 At their apartment, Mariah asks why Tessa’s there. She thought she’d surprise her and wants an explanation. Mariah rants about Tanner answering the phone shirtless. Tessa didn’t sleep with him and asks if Mariah slept with Lindsay. Mariah denies it. Tessa retorts, “All evidence to the contrary,” and slams out. Mariah gasps, “Please tell me that didn’t just happen.” As she panics, Lindsay assures her she knows what this was. She thinks Mariah can fix this. Mariah frets that Tessa’s incommunicado and wails that she doesn’t cheat. She questions how Tessa will trust her again. Lindsay advises her to lean on her closest friends and family. Mariah tearfully thanks her.

More: Watch Mariah worry about blowing up her relationship

At the ranch, Victoria is surprised by the appearance of Reed, (played by Tristan Lake Leabu), she missed him so much. Nikki’s glad he made it with the ice storm coming. Reed relays Nick filled him in and wants to know how Billy let this happen after everything with his dad. Victor wants no more talk of Billy Boy Abbott. As Nick’s leaving, Victor tells him he’s made a decision about Newman – Adam’s his only option. Nick wishes him luck and leaves. Nikki questions if Victor can really trust Adam. 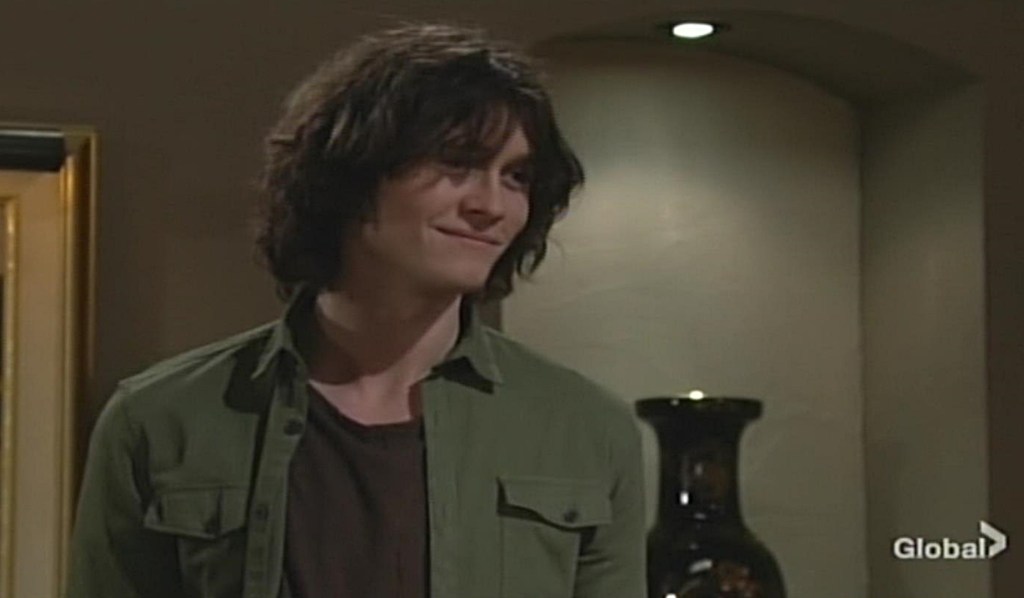 Rey helps Sharon recover from nausea at home. She’s exhausted and worries if her numbers aren’t good her next chemo could be canceled. She’s ranting as Faith comes downstairs. Rey takes a call and Sharon urges him to go to work. Once alone with Faith, Sharon gets sick as her daughter describes her friend’s gross tuna sandwich. Faith apologizes and Sharon reassures her as Mariah arrives. Faith goes off to do homework and Mariah tells Sharon her entire life is a dumpster fire and she lit the match. Sharon thinks Tessa should have been clear about what was going on with Tanner considering what Mariah has to handle with her. Mariah didn’t tell her about the cancer – Tanner kept popping up. “How do I fix this?” Sharon says she knows the answer. Faith reappears as the storm gets louder. 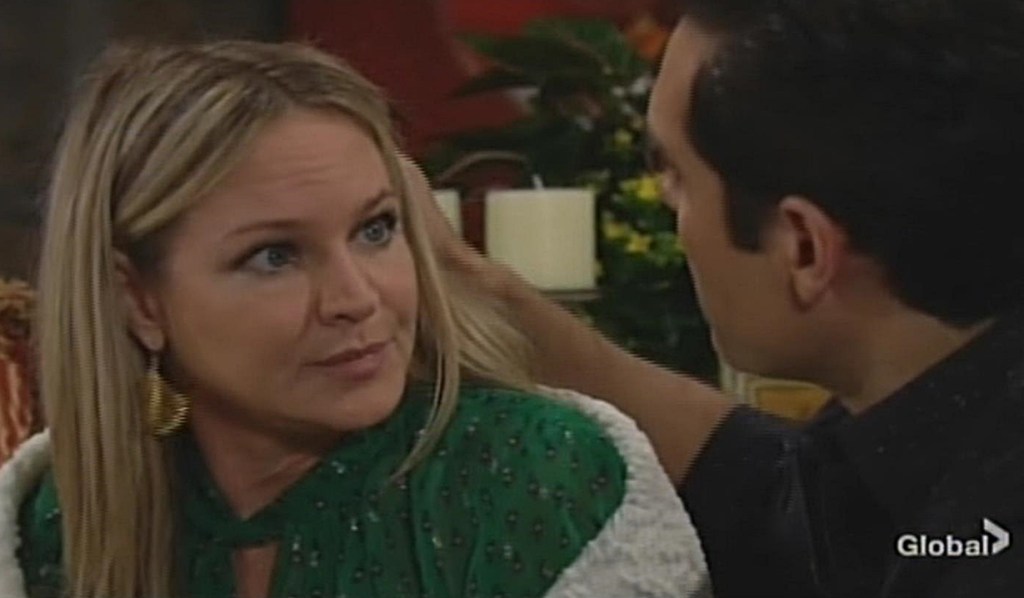 Phyllis checks on Amanda in her hotel suite and learns Ripley was arrested. Amanda relays he was determined to murder her and opens up about her range of feelings. Phyllis is just glad she’s okay and talk turns to controlling men like JT Hellstrom. Phyllis knows Amanda’s traumatized and assures her she’s safe. She gives her a quick hug and promises she’ll be back. 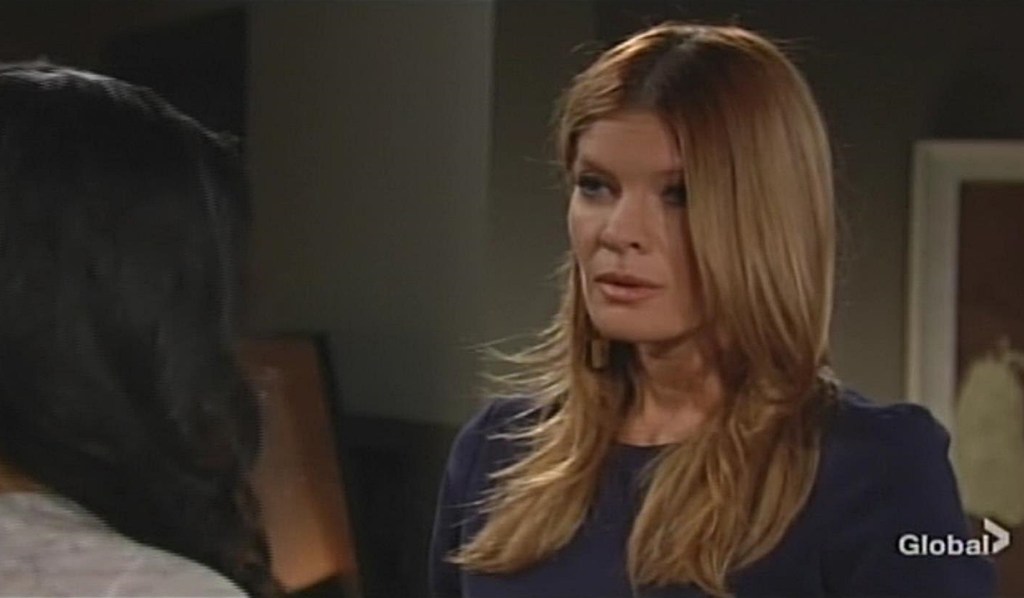 Devon joins Elena at Crimson Lights and comments on the icy weather. Elena surprises him with a key to the new clinic. She can’t wait for him to see it. Amanda enters. They approach her about the Ripley ordeal and are apologetic. Amanda is pleased to hear Colin returned the money. Devon offers to help her find office space, but she’s not making any huge decisions and bids them good night.

At Society, Chelsea senses Adam’s upset that Victor didn’t take him up on his offer yet. Adam stews if his father wants him company to fall apart rather than put him in charge, let the chips fall where they may. Adam’s phone rings – it’s Victor summoning him to the house. 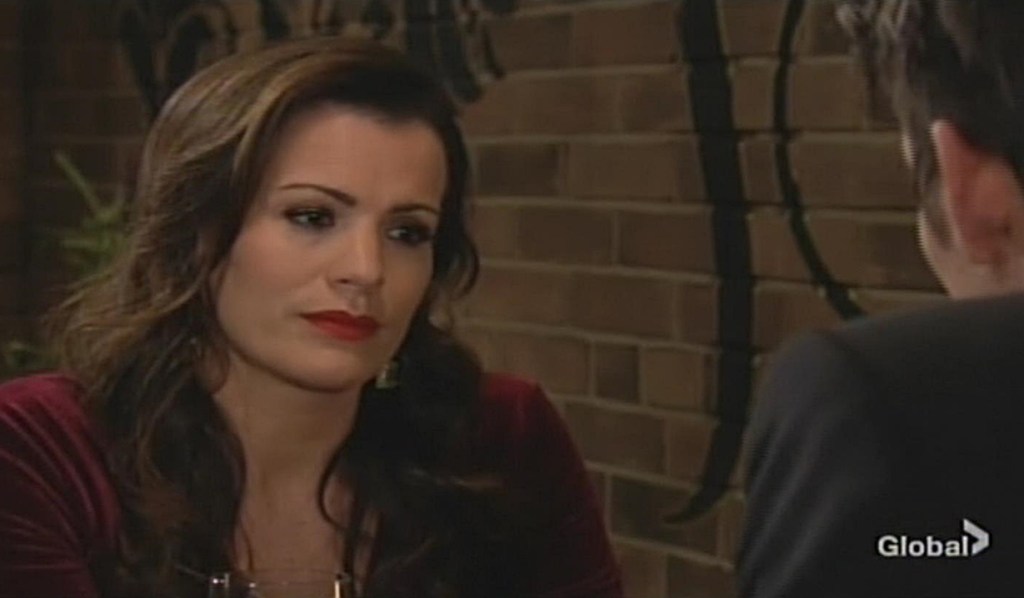 Phyllis brings food to Nick’s place and asks after Summer. Nick says she’s working late. He questions Phyllis kissing him at the gala. As she unpacks food, Nick tells her ‘this’ can’t happen. Phyllis advises him to get over himself, but then admits she has a hidden agenda – she wants his help with expansion properties. Nick supposes she did something underhanded to make Abby and Chelsea walk away. Phyllis doesn’t need his approval and takes off. She soon returns – there’s ice everywhere – she’s not going anywhere tonight.

Adam and Chelsea arrive at the ranch. Adam knows nothing comes without strings attached – what must he do to prove his loyalty? As the storm rages loudly, Nikki and Chelsea go check on the kids and Victor learns the largest tree on the ranch came down as Victoria joins them. Adam supposes they have all night to hash things out.

Elena shows off the new clinic to Devon, who thinks it has potential and smiles at her enthusiasm. They kiss as Nate arrives. He says the storm’s much worse – they’re stuck there.

Tessa Walks In on Mariah and Lindsay...