Monday March 2, 2020: On Young and the Restless today, Sharon confides in Jack, Amanda learns Ripley was apprehended, and Victoria is done with Billy. 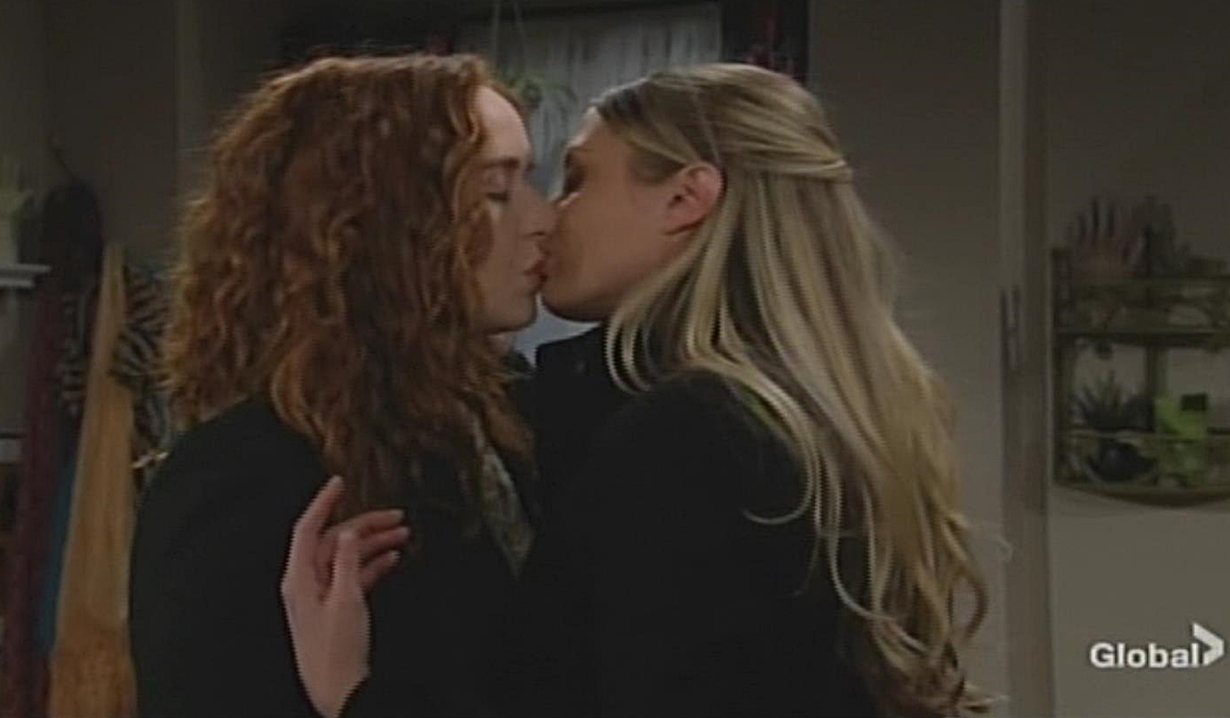 At the hospital, Nikki updates Victoria that the kids are at the ranch and Billy has come by every day. She says Sharon looks in on them too. Victoria thinks it’s weird everyone’s getting along. Nikki says family emergencies do that. In the corridor, Paul joins Victor – he has an update on Ripley Turner. They join Nikki and Victoria, who is floored to learn Ripley stabbed her thinking she was Amanda…who came to the event with Billy. Victoria wants to go home….to the ranch. She’s done with Billy. 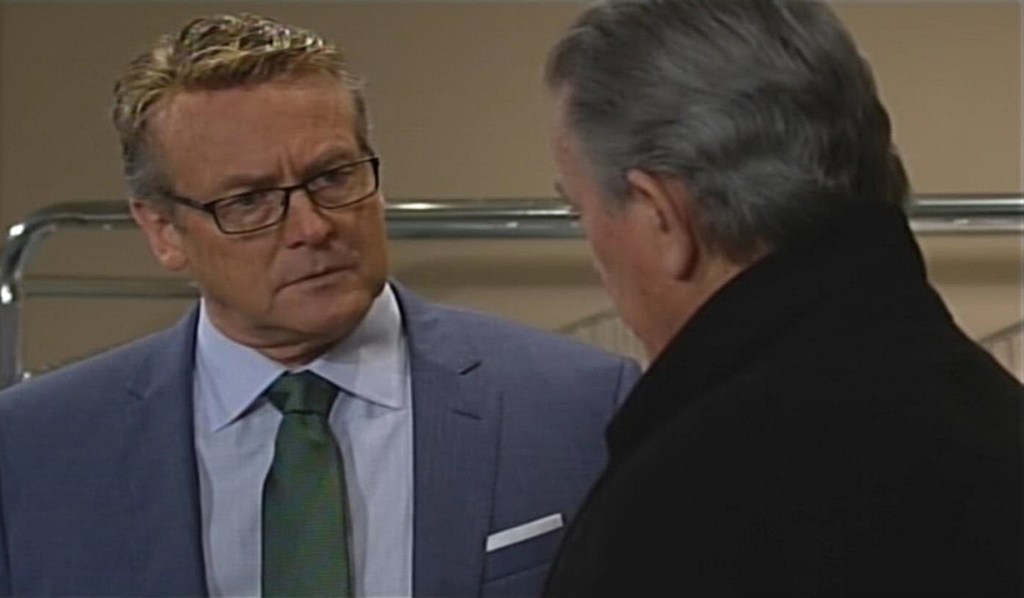 At Crimson Lights, Sharon tells Rey about the positive response to her renovations. Rey gets a call and has to go. On the patio, Jack tells Billy that Dina’s slipping away from them and it’s hitting him hard. Billy presumes he’s making a point that he’s needed and better become reliable. Offended, Jack says he wouldn’t use his mother’s decline to manipulate him. Billy apologizes. Jack feels Dina knows he’s forgiven her. Billy doubts anything else would mean as much to her. Jack thanks his brother for being there. Billy observes his dance card’s pretty empty. Jack mentions getting to an AA meeting and Billy snarks, “That was subtle,” and leaves. Jack joins Sharon inside. They talk about Noah’s art and Sharon gets a hand cramp. She confides in him about her breast cancer. Jack’s surprised to hear Phyllis and Nikki know. Sharon can’t wait until they’re hurling insults at her again – it will means she’s okay. Talk turns to Victoria, then Billy. Jack says he’s not in a good place and is isolating. Sharon knows Jack will be there if Billy reaches out. 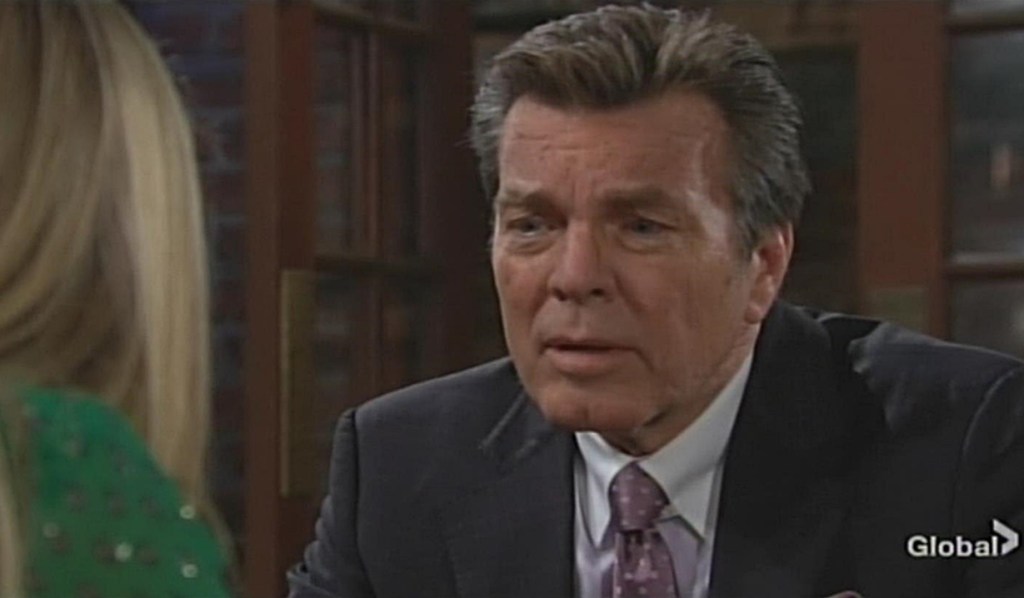 At Jabot, Summer and Kyle discuss work and blurring the lines between business and personal lives. Summer has been working hard, but is loving it, and won’t burn out. Personally, and professionally, she’s exactly where she needs to be. Summer learns Ashley’s coming as Dina’s not doing well – she’s so sorry. Summer gets a text from Nick that Reed’s flying in and talk turns to Victoria…and Billy. Kyle assumes he’s traumatized, but he’s blowing everyone off and doesn’t want help. In the hall, Summer runs into Theo, and they exchange barbs about Kyle and Lola. Summer realizes he’s working late, so has no plans with Lola – it must be why he’s bitter. Theo shrugs she can believe what she likes. They debate whether Kyle will try to get rid of Theo. Theo won’t rely on his connection to Jack and will fight back, maybe Kyle should be worried. 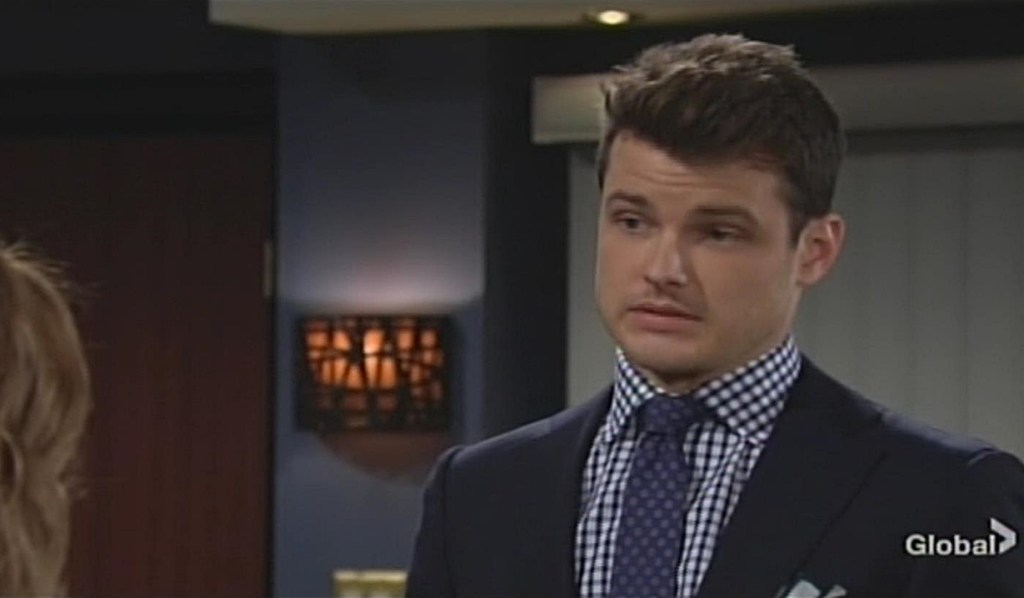 At Society, Mariah’s venting to Lindsay and Lola, who hopes she and Tessa figure this out. Mariah explains Tessa’s not returning her texts – what does that say? She regrets making accusations and not answering when Tessa called back. They debate whether something is going on with Tessa and Tanner. Mariah gripes about their familiarity – she has to go by her gut. Lola isn’t buying it. Lindsay knows Mariah hasn’t told Tessa about her job; she doesn’t want to bring her down. Mariah explains she also doesn’t want Tessa to know she was a flop. Mariah gets teary and Lindsay offers to go home with her so she’s not alone. 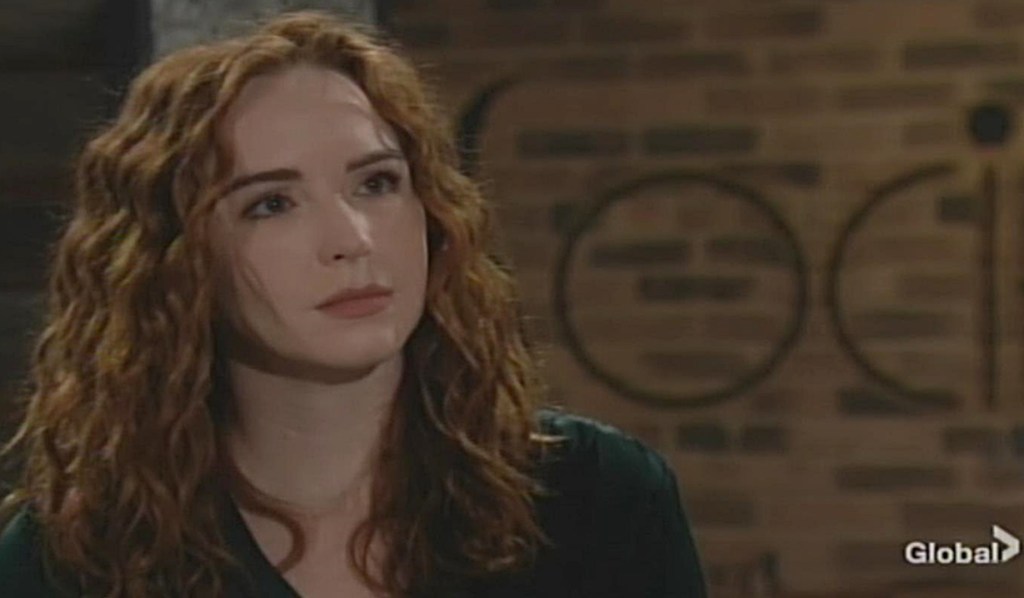 In her suite, Amanda looks at her tablet and seems distressed. She dozes off and dreams Ripley enters her room and threatens her as she pleads for him to go away. Amanda awakens screaming and Rey knocks and calls out her name. He advises Rey was arrested on his way back to Genoa City with weapons. She wants to confront him. Rey says that’s not possible – she’s a potential witness. Later, Billy visits and Amanda tells him Ripley’s behind bars. Amanda still can’t get over him wanting her dead; he was on his way back to kill her. She’s enraged and asks Billy to leave. 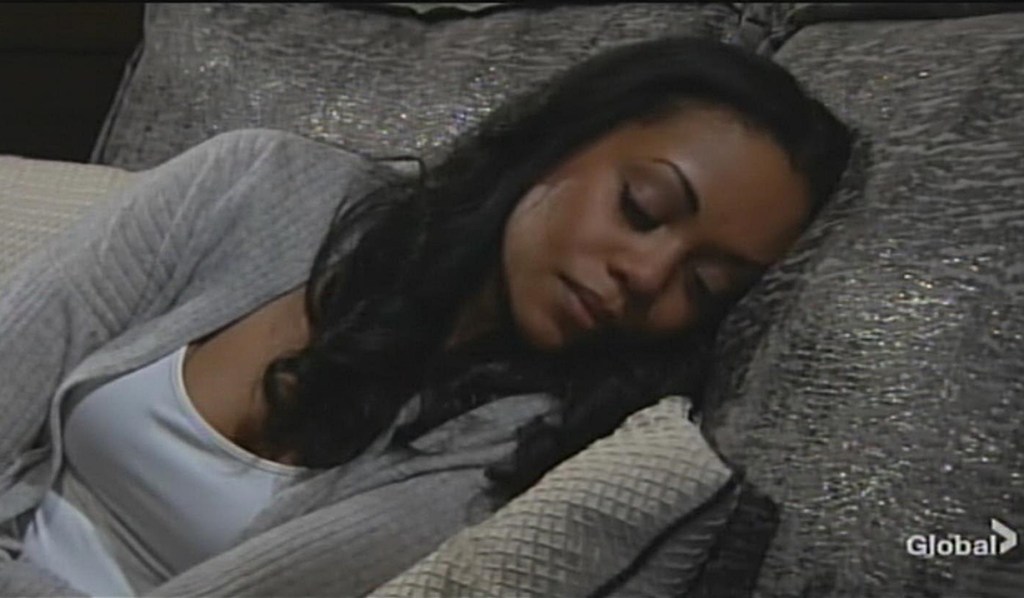 At Mariah’s place, she worries to Lindsay that she might have to move out soon and breaks down. Lindsay hugs, then kisses her. Suddenly they start kissing passionately and undressing each other. After sex, Mariah and Lindsay are on the sofa when Tessa enters. “What’s going on here?”

Rey rejoins Sharon at Crimson Light. She’s too tired to drive and starts to cry. Rey will take her home to lie down. 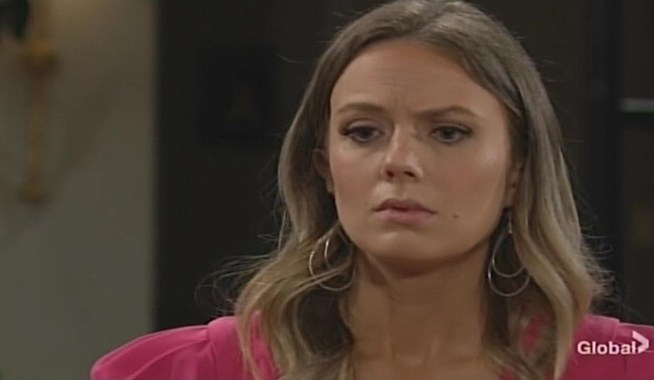 Abby Hands Her Hotel Shares Over to Phyllis, Then Vows to Ruin Her

Tessa Walks Out on Mariah After She Denies Sex With Lindsay 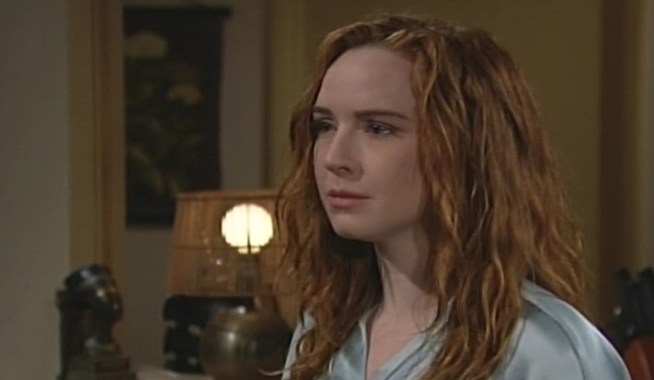