Abby Hands Her Hotel Shares Over to Phyllis, Then Vows to Ruin Her

Friday February 28, 2020: On Young and the Restless today, Jack delivers bad news, Nick argues with Victor, and Chance plans to eliminate a threat. 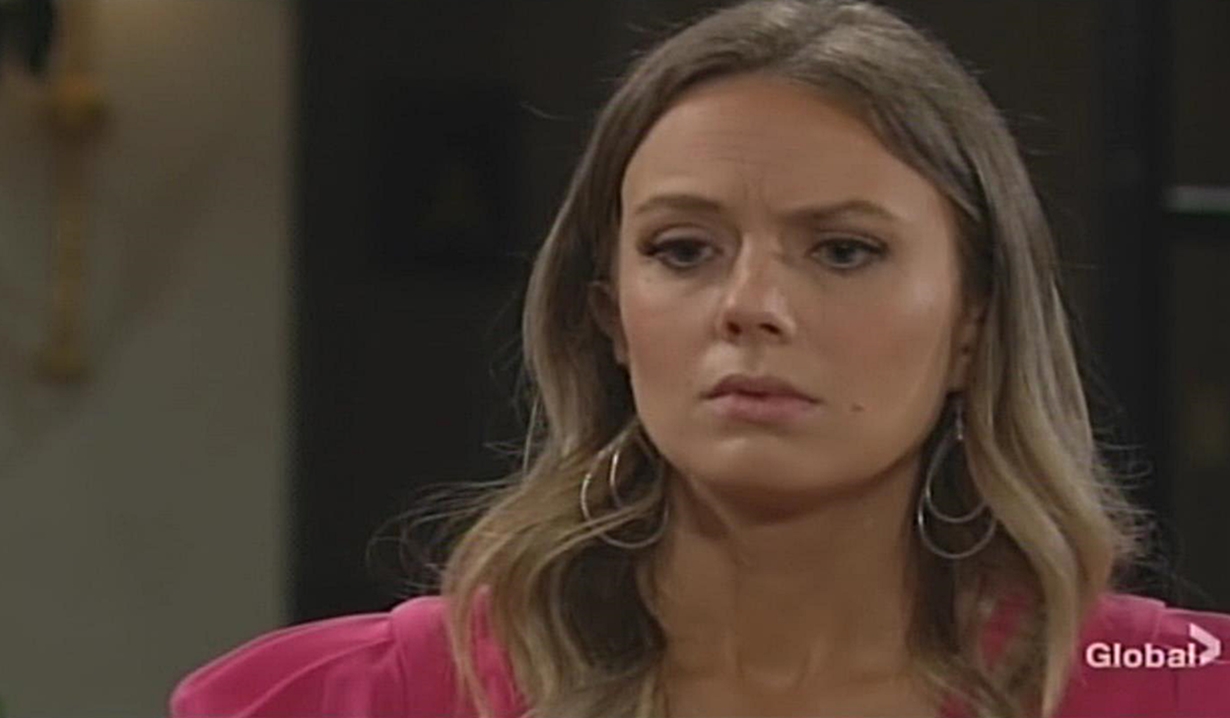 In the hospital, Victoria awakens to Nikki, Victor and Nick looking at her. Nikki and Nick exit and Victoria asks Victor about what happened. “Who would hurt me like this?” In the waiting area, Nikki tells Nick that Billy was there when Victoria woke up. Nick fumes. Victor appears and explains Victoria wants answers. He didn’t tell her anything since the psychopath’s still on the loose. Nate joins them and says Victoria can go home tonight. Victor asks how long until she completely recovers. Nate can’t say and warn her emotional trauma may take longer to heal. Victor tells Nick to sit down so they can discuss Newman. Nick learns Adam offered to step up. Nick replies, “It can’t be Adam.” Victor will put whoever he pleases in charge. Nick argues but won’t get sucked back in and walks off. Victor muses, “He’ll come around.” Nikki’s doubtful. 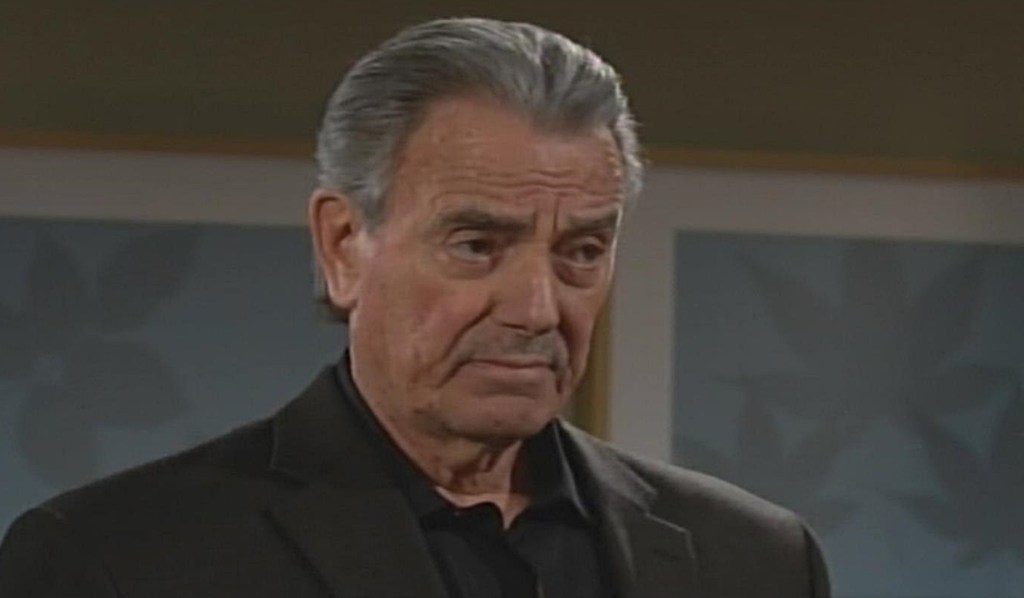 At Grand Phoenix, Jack has bad news for Abby – Dina’s not doing well. She’s lost her appetite, and is asleep more than she’s awake. Abby should prepare herself. Abby knows how difficult this will be for her mother and Jack. He exits and Phyllis appears. She feigns horror when Abby mentions a second lawsuit. Abby can’t figure out what Phyllis has to gain – the lawsuits hurt her interest in the hotel as well. Phyllis can make them go away and tells Abby she should sign her shares over to her. Abby refuses. Phyllis feels she’s delaying the inevitable. After, Abby gets on the phone and fires her lawyer. Amanda overhears. She’s relieved Victoria woke up and offers to help Abby out. Abby says she can’t – it’s her friend, Phyllis, trying to get her out. Amanda presumes she loves the hotel since she’s fighting so hard. Abby’s proud of what she’s accomplished there and won’t let people think Phyllis beat her. Amanda counsels people will think what they like, she has to decide what winning looks like to her. After Abby leaves, Phyllis joins Amanda, who questions if the hotel is really worth all of this. Phyllis quickly replies, “Absolutely it is.” She put her heart and soul into Grand Phoenix and it was taken away. It’s a shiny toy to Abby, but it’s her life. She’ll make Abby’s life miserable until she gets it back. Amanda glances up – Abby’s standing behind Phyllis. Abby hands out drinks so they can celebrate. She thanks Amanda for her advice earlier – it’s not worth fighting with Phyllis – she can take her shares and do whatever she wants with the hotel. Phyllis looks over the paperwork. Abby warns she bought the property across the street and plans to make this place look like a shack on the beach. Phyllis urges her to ‘bring it’. Abby retorts, “It’s been brought.” 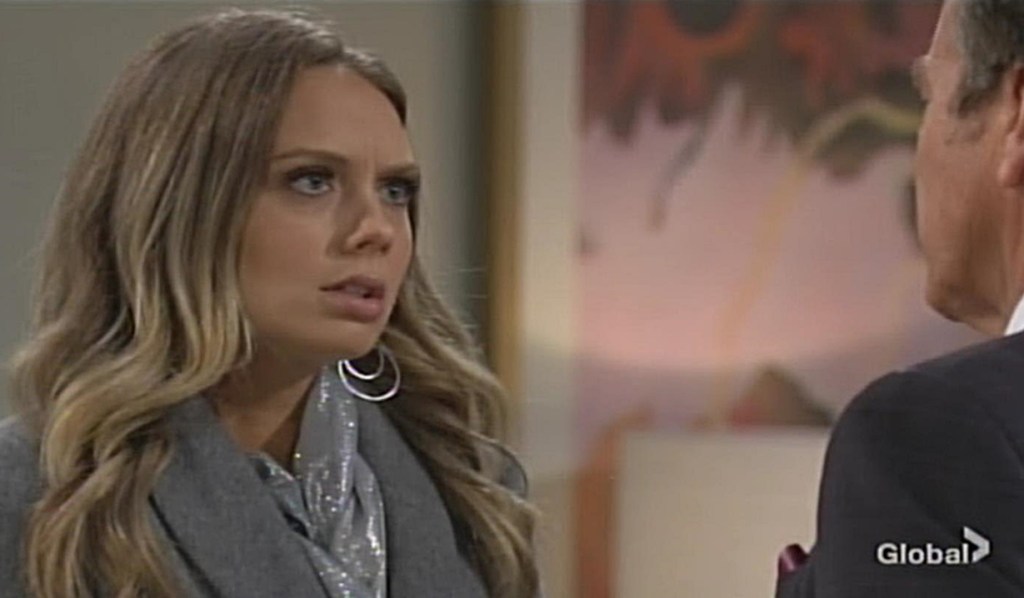 Chance arrives at Adam’s penthouse complaining Phyllis is a loose cannon. He plans on eliminating the threat immediately. Chance won’t hurt anyone, though Phyllis’ feelings might get bruised. He wants to find the recordings she’s using as leverage. Adam asks how he comes in. Chance just needs his blessing. They shake hands.

At Society, Jack phones Ashley and says it’s about Mom – she needs to come home. Adam joins him. Jack notes his efforts to make amends, and opens up to him about Dina. Talk turns to Victor. Jack realizes to prove himself to his father Adam will have to rejoin the family fold. Adam isn’t sure Victor’s taken his words to heart. Jack learns Adam offered to run Newman and urges him to continue to pursue it. Adam thanks him. Jack’s support is conditional on him not letting Victor push his buttons and stepping down with grace when Victoria returns. He adds that Adam should let Victor make the next move. 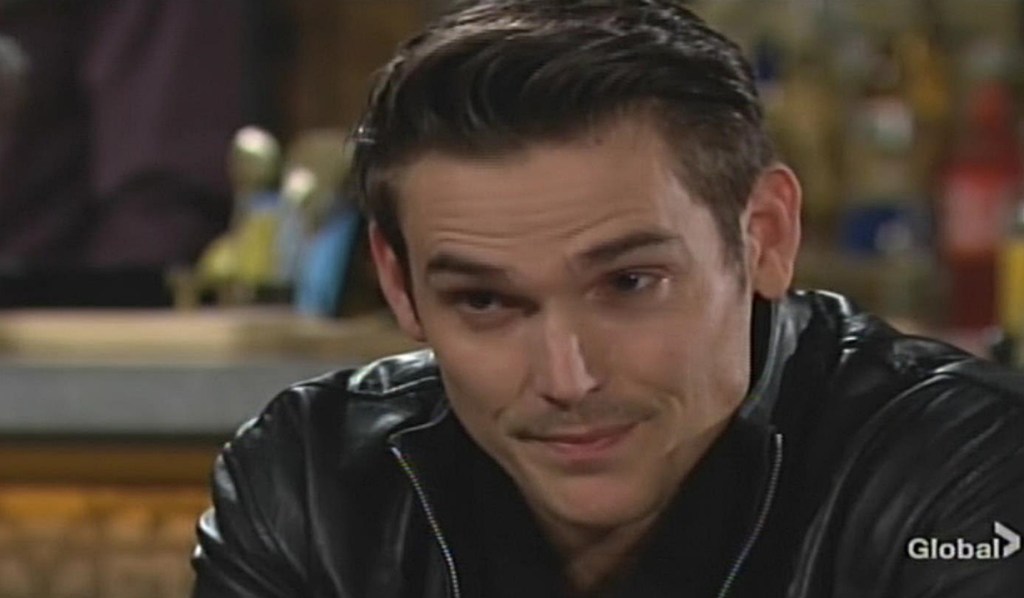 At the Chancellor Estate, Chance has a job for Kevin, who asks, “Is it legal?” Chance explains about the recordings, which are likely on a laptop and flashdrive. Kevin can’t understand why he needs him and asks if this is a set-up. Chance says it’s a private matter and no one will even know Kevin was involved. Kevin needs him to make it worth his while. Chance jots down a figure. Kevin says, “Deal.”

<p>At the Grand Phoenix, Jack sits awaiting Abby’s arrival. He knows he will have to deliver some bad news once she gets there and appears deep in thought.</p>

<p>Jack tells Abby that Dina isn’t doing well. He warns that she should prepare herself.</p>

<p>Abby knows how difficult Dina’s impending death will be for Jack and her mother. She and Jack share a hug after he imparts the news.</p>

<p>At the hotel, Phyllis lets Abby know there are now two lawsuits pending against the Grand Phoenix. Phyllis feigns shock, but Abby knows she’s behind it. Phyllis says she can make the lawsuits go away if Abby hands over her shares.</p>

<p>Abby informs Phyllis she has no intention of giving into her tactics and walking away from the hotel. Phyllis tells Abby she’s merely delaying the inevitable.</p>

<p>At the hospital, Nikki tells Nick she’s worried about Victoria. Victor arrives soon after and broaches the topic of running Newman Enterprises with Nick, who fumes that Adam should not be put in charge.</p>

<p>Chance arrives at Adam’s penthouse and complains about Phyllis having evidence that she can use to target them. He plans to eliminate the threat.</p>

<p>Chance assures Adam that he will get rid of the recordings Phyllis has on her laptop and on a flashdrive and no one will be hurt. Adam asks what his role in the plan will be, and learns Chance just wants his blessing.</p> 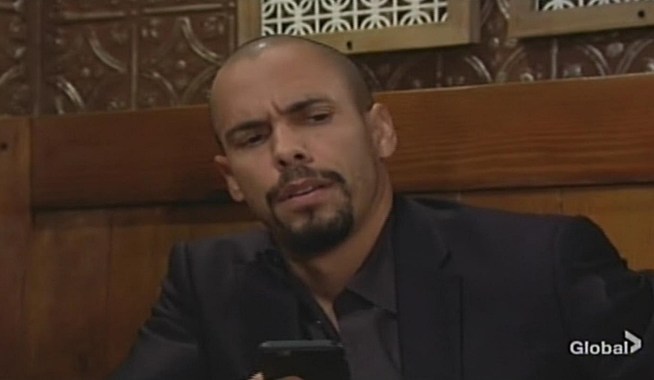 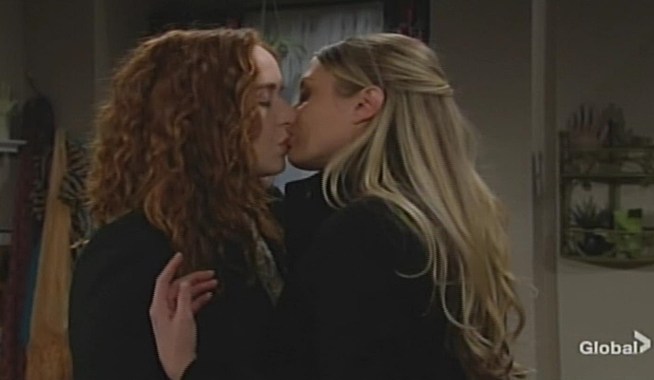