Wednesday February 26, 2020: On Young and the Restless today, Billy sneaks in to see Victoria, Summer and Kyle daydream about one another, and Theo asks Lola out. 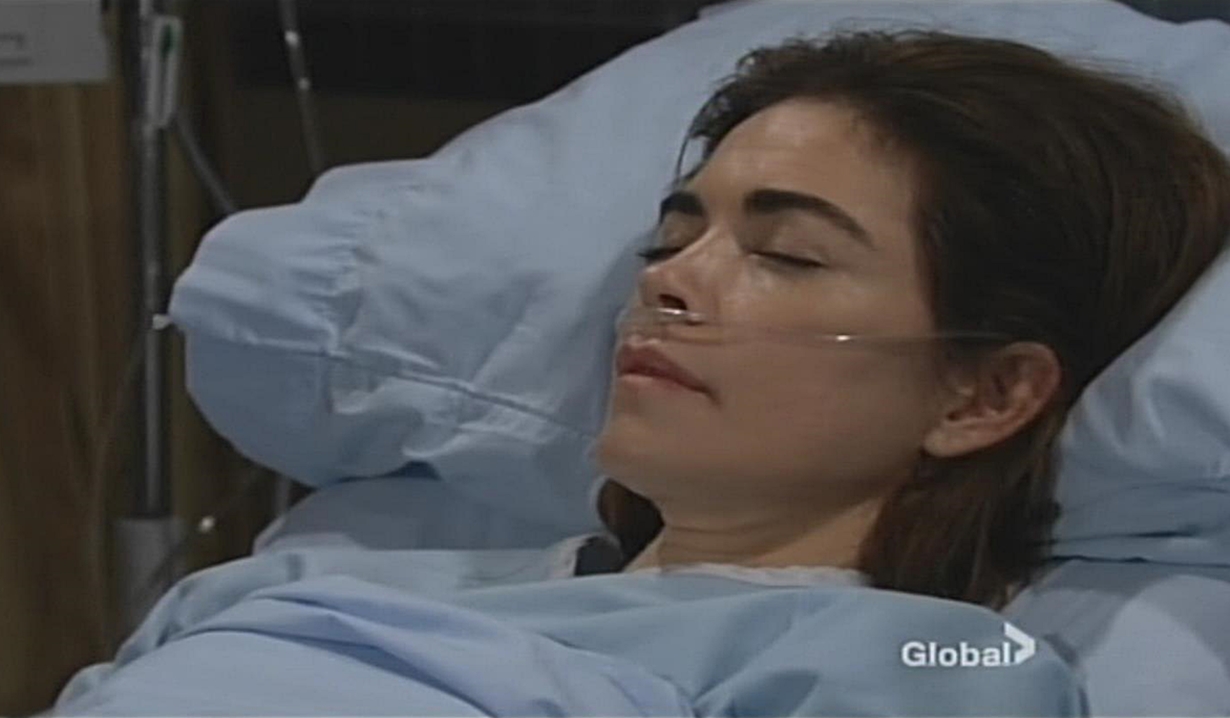 At the penthouse, Adam tells Chelsea he thinks they should get married at Hope’s farm again. He knows Connor would love it and so would he. Chelsea loves the idea and suggests they marry in the spring. Talk turns to Victoria’s recovery, then Adam stepping back in at Newman. He knows how to do the job; he just has to convince Victor – he doesn’t want to look opportunistic. Adam doesn’t want to upset Chelsea either, but she won’t hold him back and urges him to go for it. She asks him to admit he wants to prove himself to his father. Adam says it’s scary how well she knows him. Later, Chloe visits Chelsea and learns she’s sketching again and thinks she should go back into business. Chloe will leave the hotel if she does. 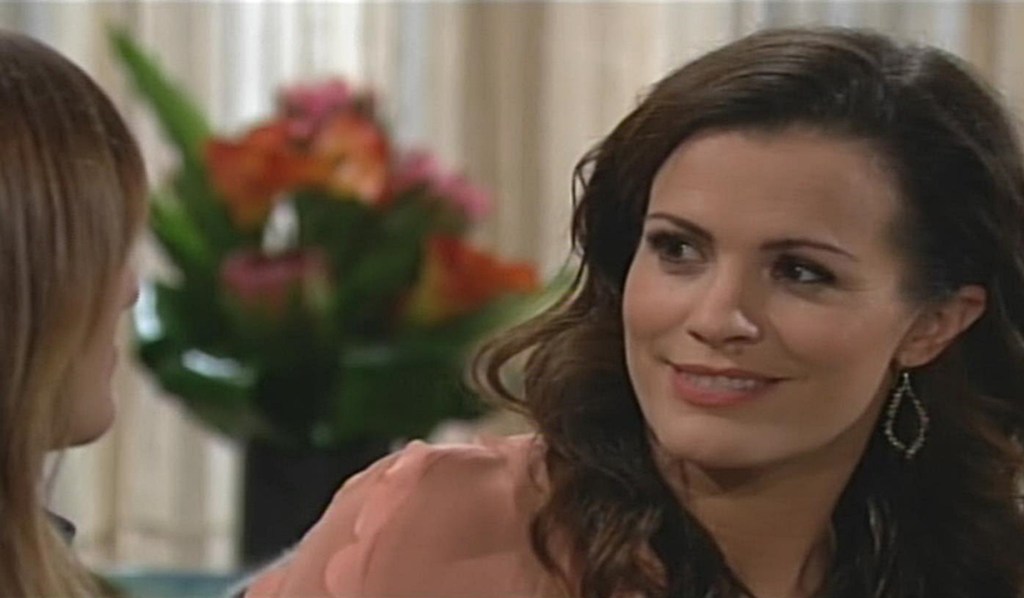 At Society, Nick listens as Victor chews someone out over the phone. After, he warns him to slow down. Victor gripes that someone needs to run the company; Nick doesn’t want to do it. Victor takes another call, pausing to tell Nick not to go to Nikki. As Victor looks over a contract, Nick offers to do it and advises his father he needs to eat and sleep. Victor resumes working. Nick learns Adam texted that he’s on his way and advises Victor not to let him take advantage. Victor wasn’t born yesterday. Nick leaves and Adam joins Victor. He admits he hasn’t stepped up for the family in the past and wants to help now. Victor asks how. Adam has a feeling he already knows the answer. He wants to help out at Newman. Victor will have to think about it. 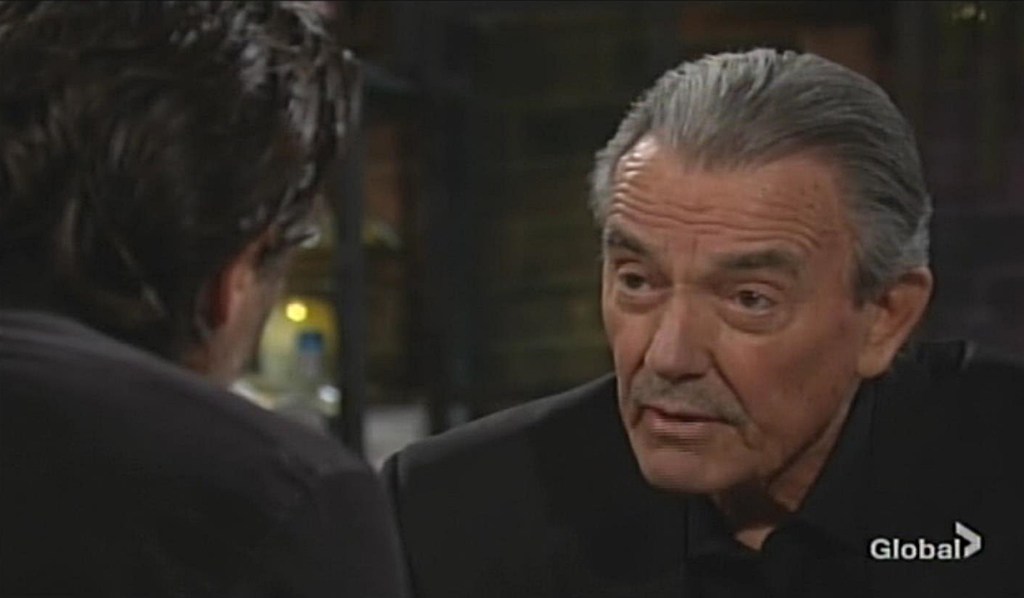 Nikki reads to Victoria in the hospital. She’d give anything to hear her say, “I’m fine,” like she always did as a child. Nate checks in and Nikki learns it’s still a ‘wait and see’ situation. Nate warns her to rest so her MS won’t flare up. Nikki will…soon. Nate leaves and Sharon appears. She warns Nikki not to try and keep her away. Nikki explains there’s no change and worries Sharon looks exhausted – she’ll drive her back to the ranch. “Just try to stop me.” They leave, and Billy joins Victoria and cries.

At Jabot, Kyle enters the office and imagines Summer kissing him and ripping his shirt open. Summer warns they’re behind on their report, then imagines Kyle saying he wants to make love to her until the sun comes up. She pictures ripping his shirt open, then snaps back to reality. Kyle gets a call that Lafferty is backing out of the deal. They admit they’ve been thinking of each other while working – Lafferty did them a big favor. Kyle writes a memo – they’re out for the rest of the day. 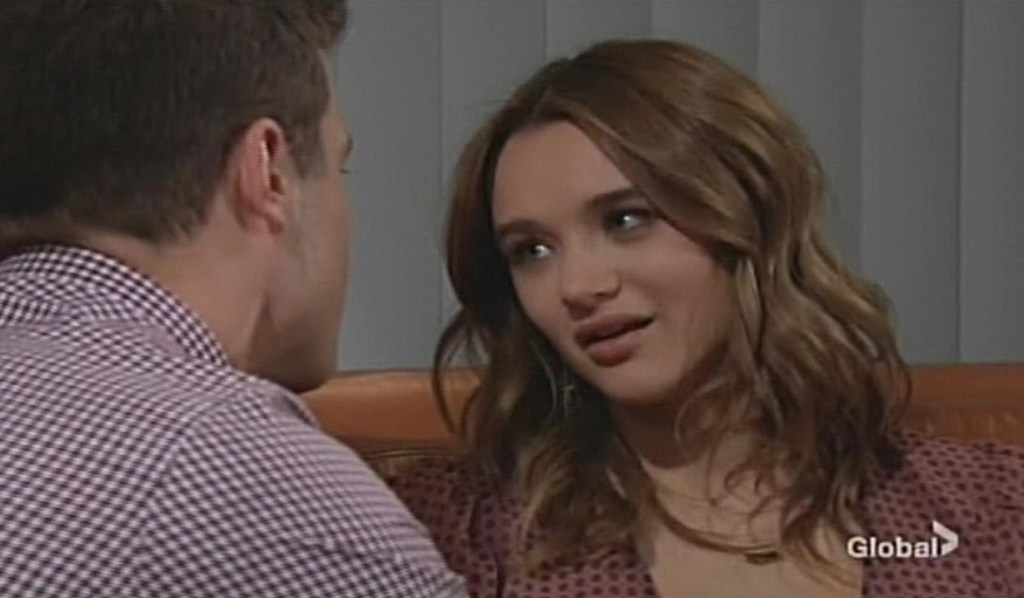 Theo’s surprised to see Lola at Grand Phoenix. He has a business meeting and she came to see Abby, but heard about Victoria and decided it could wait. Theo’s pleased to hear she’s opening her own restaurant, but panics when she says it’s in Miami. Lola assures him she’s not leaving and Theo stammers he was worried about missing her food. They reluctantly part ways and look back at one another. Later, it turns out Lola waited for Theo’s meeting to end. She sensed he had something to say to her. Theo fishes to find out if she and Kyle are divorcing, then starts to leave. He turns around determinedly, and says after she comes up for air, he’d like to take her out. Lola grins as they say goodbye.

At the hospital, Billy hears Nick coming, kisses Victoria, and leaves unseen. Nick joins Victoria and tells her to speed up the recovery; the hospital needs the room. He talks about how indispensable she is, divulges that Sharon has cancer, and asks her to fight – he can’t imagine the world without her. Nick finds photos of Katie and Johnny in her bed and looks around.

At the hotel, Billy perches on the roof.

At the ranch, Nikki asks about Sharon’s cancer and Sharon talks about her support system. Nikki urges her to throw out the fear and fight. She thinks Sharon will win – she’s a warrior. Sharon feels Nikki is too.

Kevin’s assistance is sought to crack a code.

Devon Gets His Money Back After...