Friday February 21, 2020: On Young and the Restless today, Noah and Sharon catch up, Amanda tells the police what she knows, and the Newmans await news on Victoria. 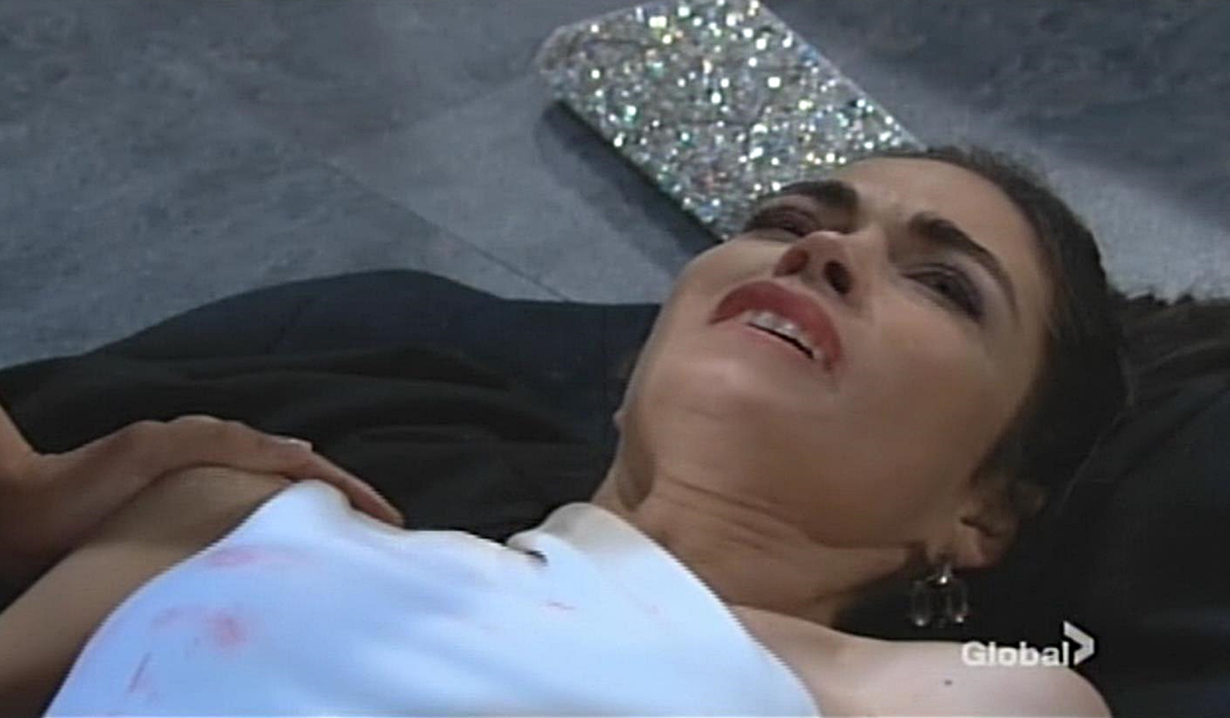 In the gala’s art installation, Ripley stabs Victoria. Billy catches her and asks, “Are you okay?” By the bar, Chelsea and Adam celebrate as she accepts his marriage proposal. Nearby, Victor, with Nikki, thanks Devon, Elena and Nate for coming. By the elevator, Ripley’s stunned to see Amanda, who asks what the hell he’s doing there. He takes off. In the gallery, Billy hollers for someone to call 911. Paul and Chris rush in. Paul soothes Victoria as Kyle and Summer appear. Chris sends Kyle to get Nate, who worries Victoria has a punctured lung. 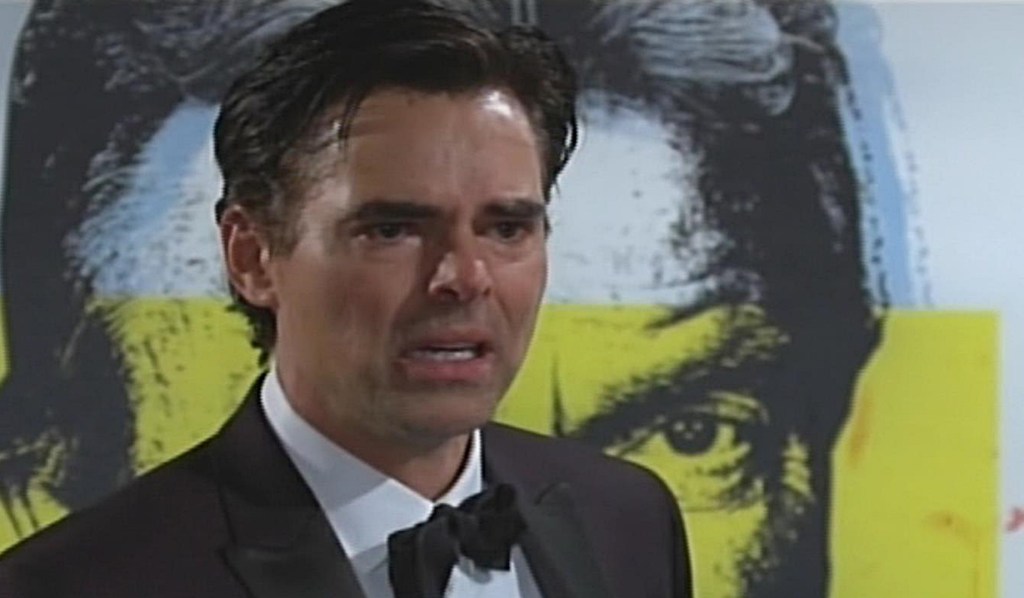 At Sharon’s place, she encourages Noah to go back to the party. Noah needed to see her and asks about chemo. She tells him when it gets difficult, she does some cocooning and goes on to say she thinks the party was good for all of them. They look at photos as Noah shares that he did a photography show in a London gallery. She jokes, “Do I have any grandkids I don’t know about?” Noah admits he’s met someone – they’re taking it slow. He wants to take Sharon’s picture. She urges him to go to London and make his dreams come true. Noah wants to be there. Sharon agrees – for her surgery – then he goes back. 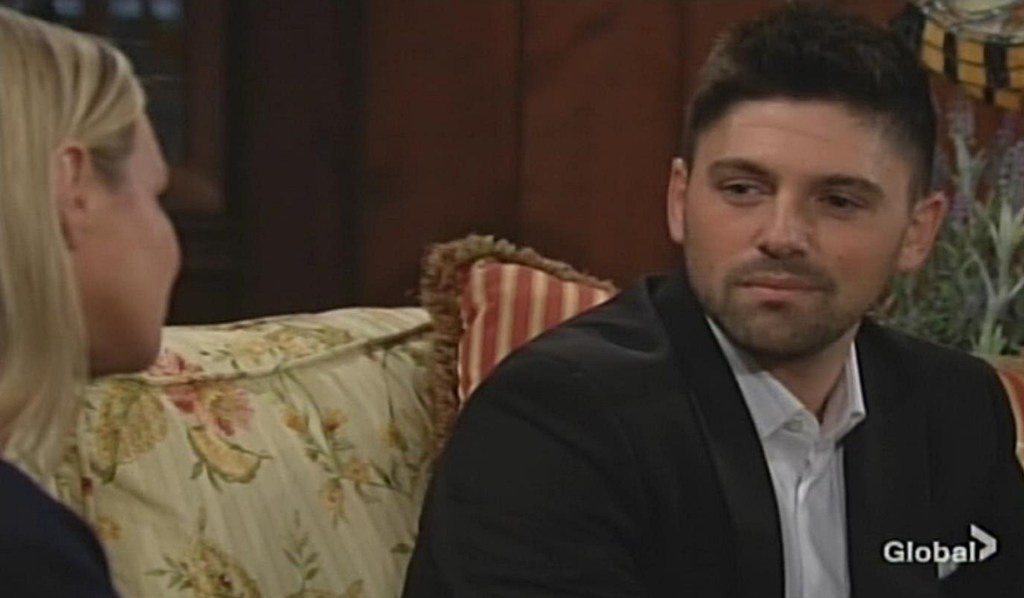 At the gala, Paul advises that Billy get a lawyer. Victor, Nikki and Nick enter, and Nikki exclaims. Billy explains he was turned around and she said someone bumped into her. As Victor rages about holding Billy responsible Amanda appears and declares, “It wasn’t Billy!” She explains that Ripley Turner hurt Victoria – he’s her ex, she has a restraining order against him, and he mistook Victoria for her. Victoria’s wheeled out and Nate warns Amanda not to be alone tonight. Abby asks Chance to find the bastard who did this and make him pay. Phyllis checks on Amanda. Nearby, Billy tells Rey and Paul they have a suspect and motive – he’ll be at the hospital. Rey questions Amanda, who explains when Ripley saw her, she knows he realized he hurt the wrong person. Rey will post a cop outside her door and assures her this isn’t her fault. 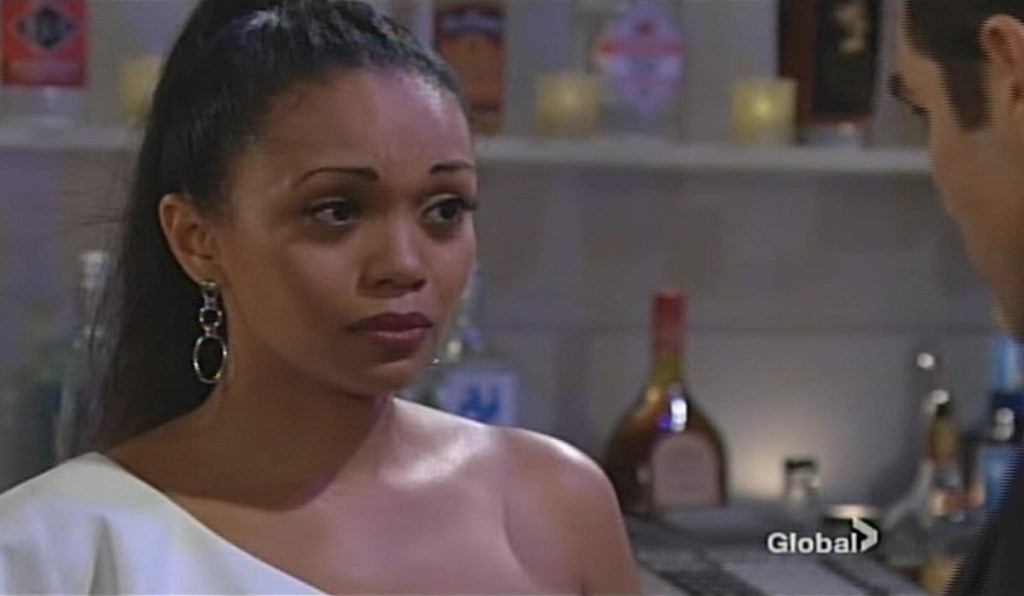 In the hospital, Nate shouts about getting Victoria stabilized to see what they’re up against. In the waiting area, Victor vows to find out who is responsible and why. Adam and Chelsea arrive. Time passes as they wait for word. Finally, Nate appears – Victoria has severe injuries to her liver and lung and is going into surgery. Victor has great confidence he’ll save their daughter. Paul arrives and Victor warns Billy Boy Abbott is as much to blame as the other fellow. Paul goes and Billy appears. Nick intervenes as Victor levels that Victoria’s close to death. Adam and Nikki urge Billy to leave. He protests she’s the mother of his children. Chelsea walks him out.

At Sharon’s place, Faith tells Sharon and Noah something happened at Top of the Tower. Sharon explains Rey called – Aunt Victoria was stabbed in a case of mistaken identity.

At the hotel, Phyllis accompanies Amanda to her suite and urges her to lock the door – she’s the only friend she has, so she needs her alive. Amanda balks at Phyllis leaving for the hospital, and marvels that Ripley tried to kill her; she’s in shock. Phyllis hugs her; it’s not her fault. She ensures Amanda locks the door when she goes. In the lobby, Chelsea tells Billy why he should stay away from the hospital. “Don’t do anything crazy.” Upstairs, Amanda cries and paces. Billy comes to the door and she lets him in. They both feel responsible as Victoria had nothing to do with this. 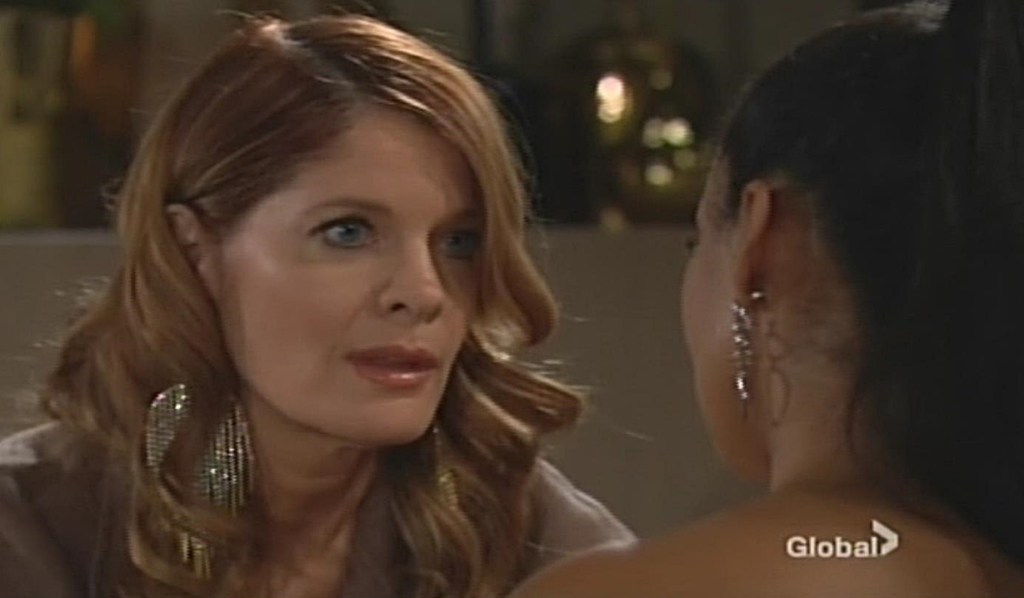 At the hospital, Phyllis arrives and sits by Nick, who thanks her for coming. Adam joins Victor and doesn’t know what to say. Victor clasps his shoulder – there’s nothing to say, but they’re all where they belong. That’s all that matters, not the money, not the settling of scores – family. Adam knows that now. Nate appears – Victoria’s made it through surgery. Elena explains she’s in a medically induced coma. Nate says all they can do is wait and hope for the best. 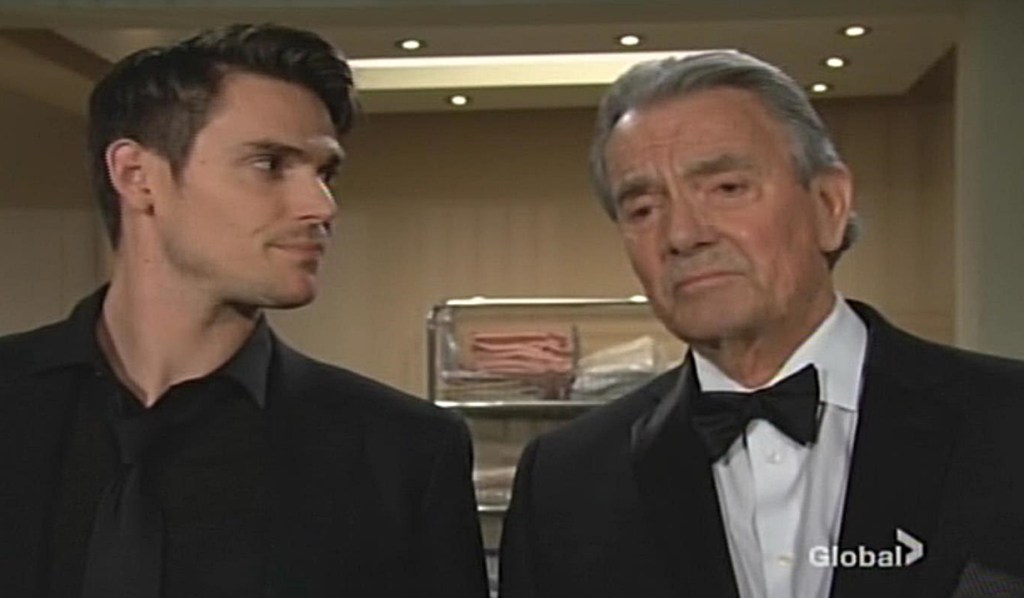 Ripley Stabs [Spoiler] at the Newman...

Adam Eyes a Return to Newman...