Thursday February 13, 2020: On Young and the Restless today, Billy's recklessness causes concern, Jack visits the ranch, and the sex of Kevin and Chloe's baby is revealed. 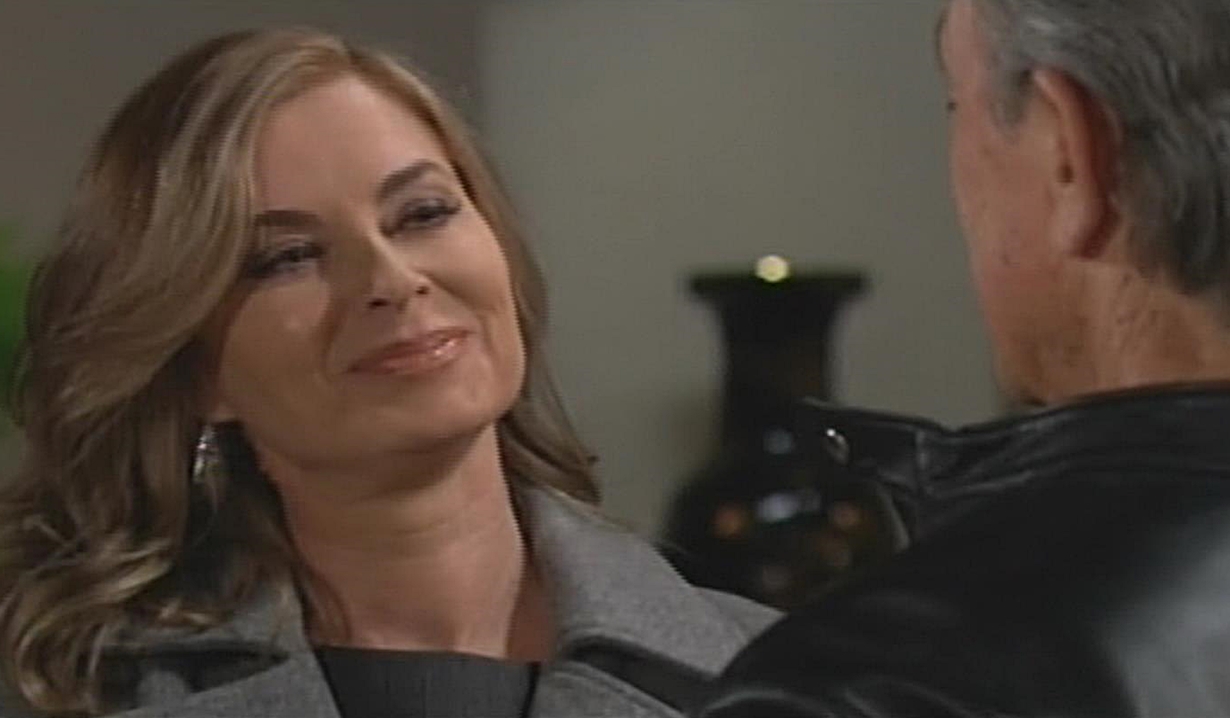 Jack arrives at Newman Enterprises to let Victoria know he’s aware Billy moved out. He tried to talk sense into him. Victoria is glad she’s not the only one who didn’t see it coming. Jack wonders if Victor’s gloating. Victoria feels he gave Billy every chance to prove him wrong, and reflects on Billy’s innate restlessness. Jack thinks Billy will regret this. Victoria says it won’t matter…she’s done. Jack doesn’t blame her. They hug. Jack exits as Nick arrives. Victoria asks about Faith, then pulls out the gift for Victor – a statue the exact make and model of the car Victor drove when he was just starting out selling things out of his trunk. 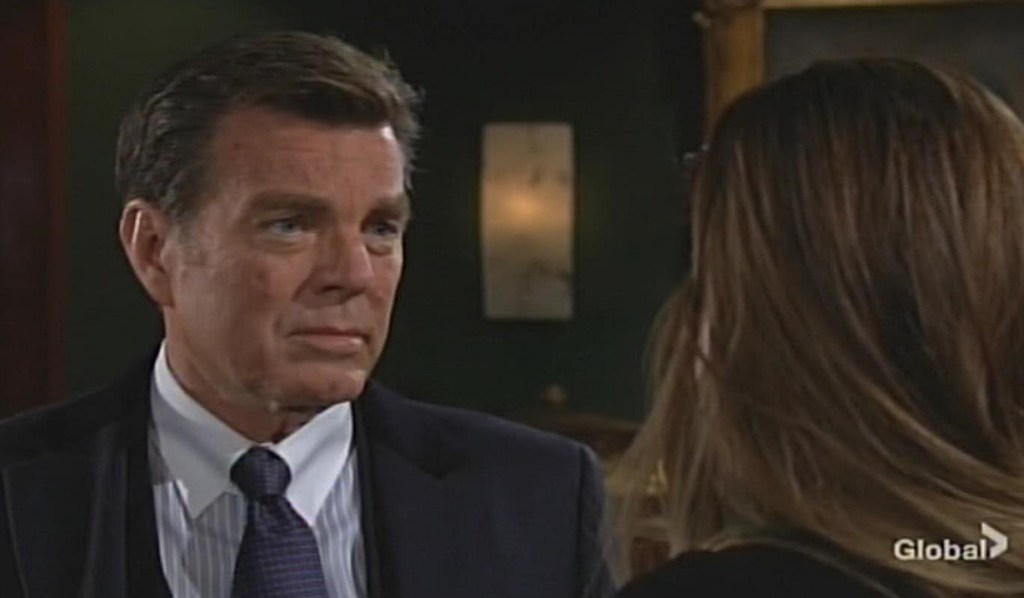 In the hotel lobby, Billy updates Amanda that he’s just taken delivery on his new Italian race car. Amanda’s not keen to take a spin; she has plans this morning.

At Crimson Lights, Michael and Lauren laugh while texting with Fen, who’s settling nicely into his new place. Esther arrives and wonders why Kevin and Chloe haven’t shown up yet. When they arrive, hugs and kisses are exchanged, and Chloe reveals their ultrasound photo. Lauren asks if it’s a boy or a girl. They decided to be surprised on the big day. Michael suspects Kevin went back to ask the tech on the sly. Chloe gasps, “You know, don’t you?!” Kevin admits he knows. Chloe insists he tell them. After some debate, Kevin relays, “It’s a boy.” Everyone gushes and Lauren and Esther start planning a baby shower. In a moment alone, Michael tells Kevin how pleased he is for him and Chloe. They embrace. Once alone, Kevin worries to Chloe about being a father to a little boy because of being raised by Terrible Tom. Chloe reassures him. On the patio, Amanda relays her stalker story to Nate, who’s impressed she’s reclaimed her power and feels he knows her a lot better now. He’s proud of her. She’s proud of herself too. They go over her finding Ripley in her suite and Nate’s glad Billy didn’t take his advice to stay away. Billy appears – he hit a tree with the sports car. Nate insists on checking him for a concussion and advises that thrill-seeking can be an addiction. After Billy goes, Amanda relays Victoria’s mention of Billy’s gambling addiction. 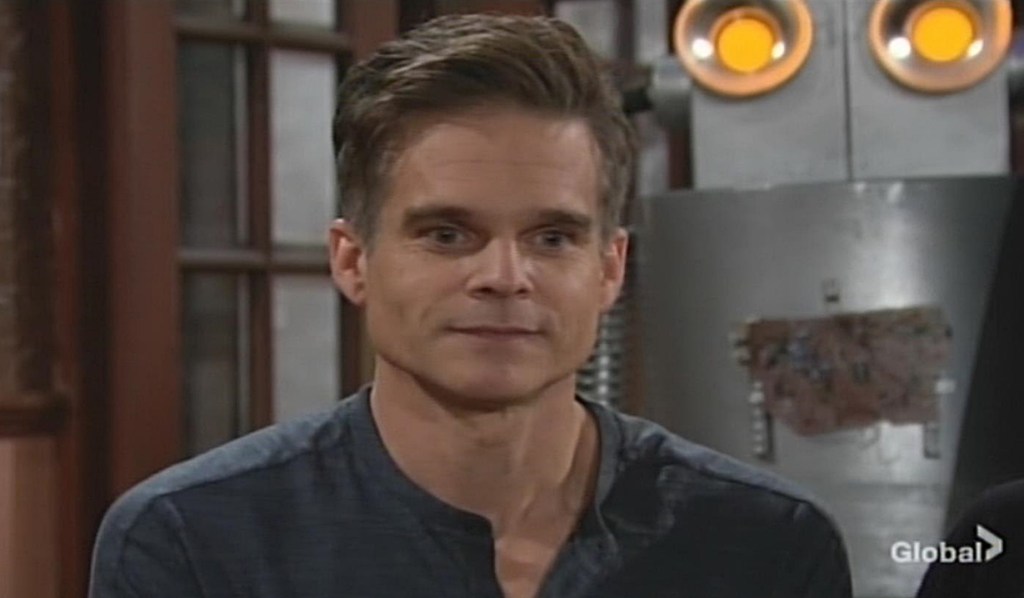 At the ranch, Victor’s pleased at a surprise visit from Ashley and embraces her. They talk about Abby coming into her own, then Ashley’s move to Paris. Ash asks about his retirement – she didn’t think it would take. Victor chuckles. Ash marvels at the upcoming 50th anniversary celebration for Newman and notes he’s the picture of health and relaxation. Victor admits retirement’s agreeing with him. Ashley says he deserves to be happy. She wanted this moment alone before the party, which will be crazy. Later, Jack stops in to say he checked on Victoria. Victor advises he straighten out his brother. Jack asks him not to trash Billy in front of the kids. Victor questions Jack believing Billy would be loyal to his daughter after he slept with Jack’s wife. Jack says he got help and points out he’s forgiven Adam. Victor informs him Adam messed with his meds because he believed he’d run him off the road, but it was Billy. Victor forgave Billy, who repaid him by breaking the hearts of Victoria and his grandchildren. Jack’s stunned. They debate whether he’s relapsing or spoiled. Victor hopes he hits bottom, so he’ll finally become a man. Jack’s irked. Victor insists, “Let him fail!”

At the Grand Phoenix, Ashley assures Billy she won’t lecture him, but warns him not to count on Victoria understanding his actions anytime soon. She talks about Dina blazing a trail for her. Billy no longer wants to follow in John’s footsteps. Ash encourages him to find his passion, but is sad for Victoria and the kids.

Sharon adjusts to her new ‘normal’.

<p>Kevin and Chloe arrive at Crimson Lights where Esther grills them about why they’re late – she thought something went wrong at the hospital during their ultrasound. Chloe reassures her and points out they’re only three minutes late.</p>

<p>Michael, Lauren and Esther congratulate Chloe and Kevin. Chloe said they decided not to find out the baby’s sex, but Kevin went back and asked the tech. It’s revealed they’re having a boy.</p>

<p>Kevin has a moment of doubt as he ponders becoming a father to a little boy. He recalls being raised by Terrible Tom and wants to ensure he doesn’t pass on that legacy to his son.</p>

<p>Amanda and Nate have a casual coffee date at Crimson Lights. She fills him in on the developments with Ripley. He’s proud of her for taking back her power.</p>

<p>After Billy reveals he hit a tree in his new sports car, Nate checks him for a concussion. As Billy’s leaving, Nate describes symptoms to watch out for, and warns that thrill-seeking can be an addiction.</p>

<p>Jack stops by Newman Enterprises to let Victoria know he’s aware of her and Billy’s split. He tells her she will always be a part of their family.</p>

<p>Victoria shows Nick the gift she had made for their father to give to him at the 50th anniversary gala. It’s an exact replica of the car he drove when first starting out in business selling things from his trunk.</p>

Rey Lashes Out at Kyle As He Ends...

Phyllis Listens In As Adam Pays...