Tuesday February 11, 2020: On Young and the Restless today, Amanda has Ripley arrested, Phyllis and Nick discuss Summer, and Victoria and Billy meet with the kids. 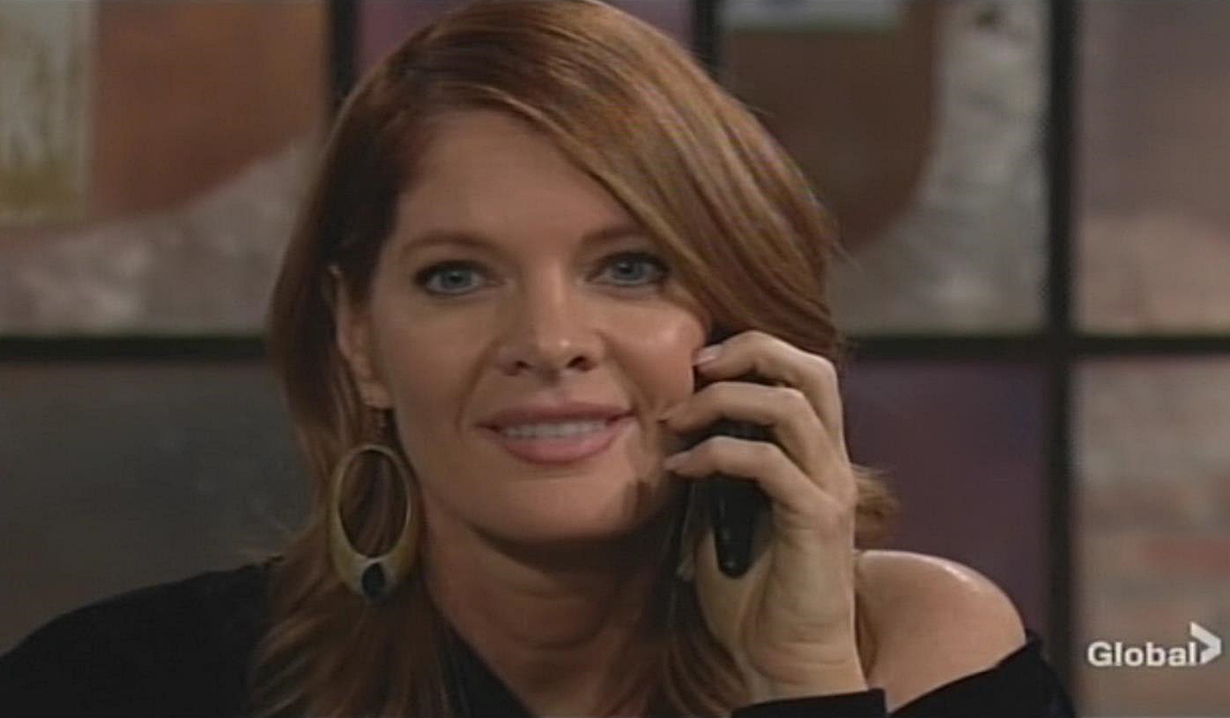 In the penthouse, Adam and Chelsea miss Paris already. Chelsea’s okay with letting go of the dream to live there. Adam recaps it was too much change and culture for Connor; he’s more comfortable in Genoa City for now. Talk turns to the Newman Enterprises anniversary gala. Chelsea wonders if going is a good idea as it’s bound to be Victor Newman on steroids. Adam can sit through anything with her by his side. Chelsea goes to nap and Adam gets a text from Riza that ‘she’ is talking to the cops now.

Adam enters Chance’s suite and says they have a problem – the situation in Vegas has taken a turn. Chance fumes at the idea of Adam running around Vegas looking for her without backup. Adam stresses, “I’ve got this.” Chance will tag along…just in case.

At Society, Abby and Nick discuss the upcoming gala, Nikki’s mysterious trip to London, and Victoria and Billy’s split. After, Phyllis arrives, and Abby informs her she was never any competition for Chance. Phyllis joins Nick and tells him Kyle and Lola broke up and Summer’s involved. Nick thinks it has disaster written all over it. Phyllis feels they never got over each other. They decide they’ll support her whatever happens, though Nick may not keep his opinions to himself. Chance arrives and canoodles with Abby – he must fly to Vegas for unfinished business. Phyllis eavesdrops. When she rejoins Nick, he asks why she was over acting like a potted plant. Phyllis whispers that something big is going on with Chance and Adam. Nick’s irked at Chance’s connection to Adam, then decides he doesn’t care. He wonders if she’ll blackmail Adam. Phyllis muses a girl’s gotta’ do what a girl’s gotta’ do. Nick snickers, then warns her to look out for herself. Phyllis calls to cancels an appointment – she’s going to Vegas and plans to hit the jackpot. 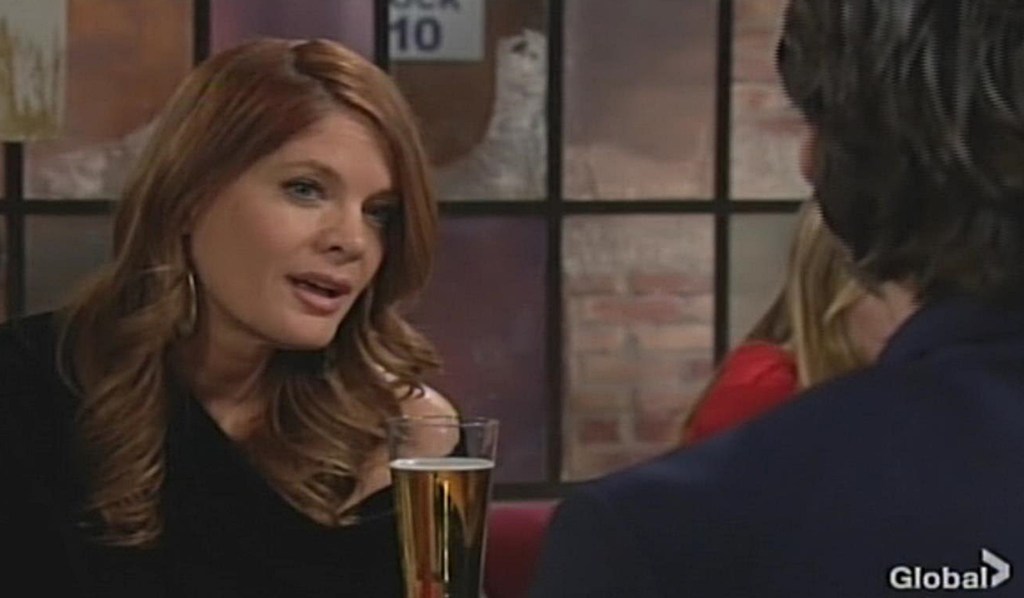 At the ranch, Victoria advises Victor she invited Billy to come over so they can speak to the kids. Victor dons his coat as Victoria promises she won’t change her mind about Billy. Victor kisses her cheek and goes. When Billy arrives, Victoria tells him there’s no going back. Johnny and Katie join them and learn Billy will be living separately from them again. They protest. Johnny asks, “Don’t you love each other anymore?” Billy says it’s a different kind of love and Vikki agrees. Billy embraces the kids. Later, Victoria alludes to Billy’s actions having consequences. She states they will continue to co-parent, but the kids must be kept away from Amanda. They argue as Billy tells her Victor fabricated the story about them having an affair. Victoria’s sick of him making it about her father. Billy hollers it’s always about him and informs her she doesn’t get to dictate where he sees his kids or with who. 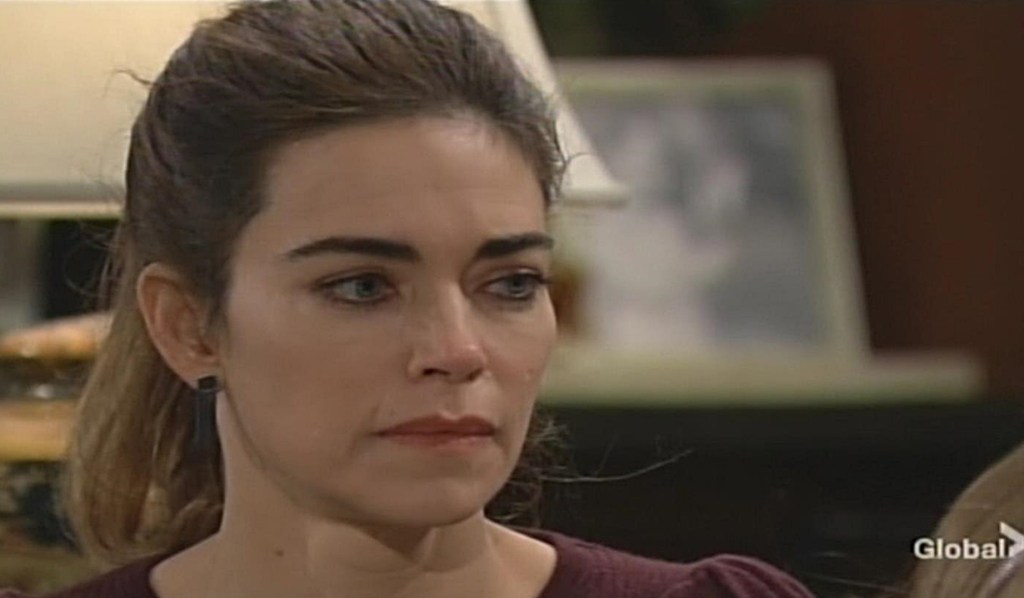 At Crimson Lights, Amanda’s watching her tracker when Ripley appears. He knows it shows he’s in Madison, but he couldn’t leave until they talked. Amanda doesn’t want to speak to him ever again. Ripley wants to make amends. Amanda’s not interested and sends a text on the sly. Ripley reaches for her hand – there’s still so much to say. Amanda reiterates what they had is over and nothing he can say can change that. She informs him he’s irrelevant to her – he should move on. Ripley questions if she’s in a relationship with the man at the hotel. Amanda intones her life is none of his business. Rey enters and places Ripley under arrest. Ripley tells Amanda it was worth it just to see her again. She calls him a sociopath and warns his control over her is gone. “We’re done here.” 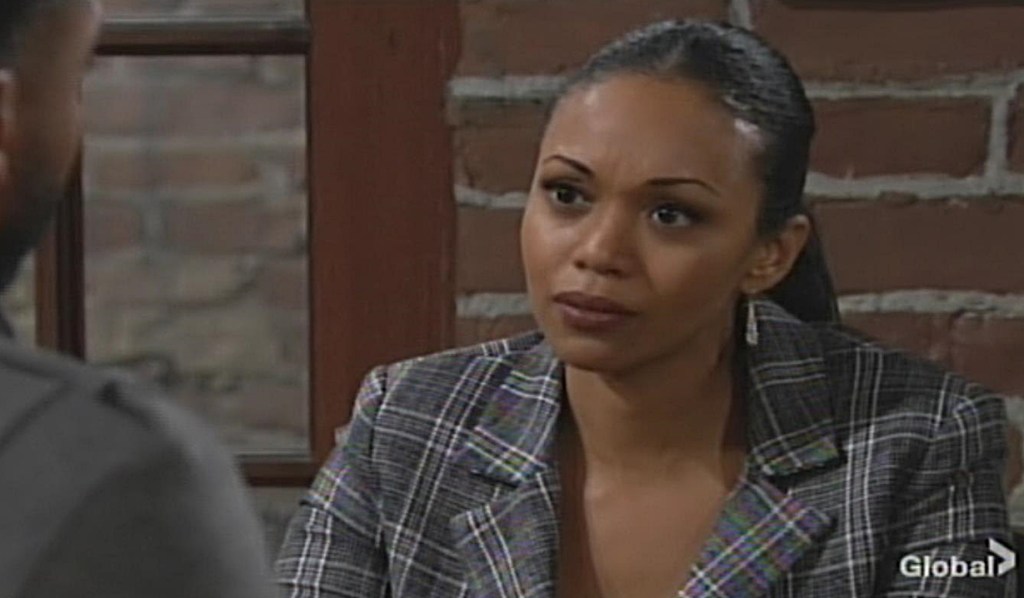 Adam returns to the penthouse and informs Chelsea he has to leave town again. She asks why and wonders if it has to do with the phone call about the woman she overheard before they left. Adam says it does. She trusts him…and asks him to be careful. 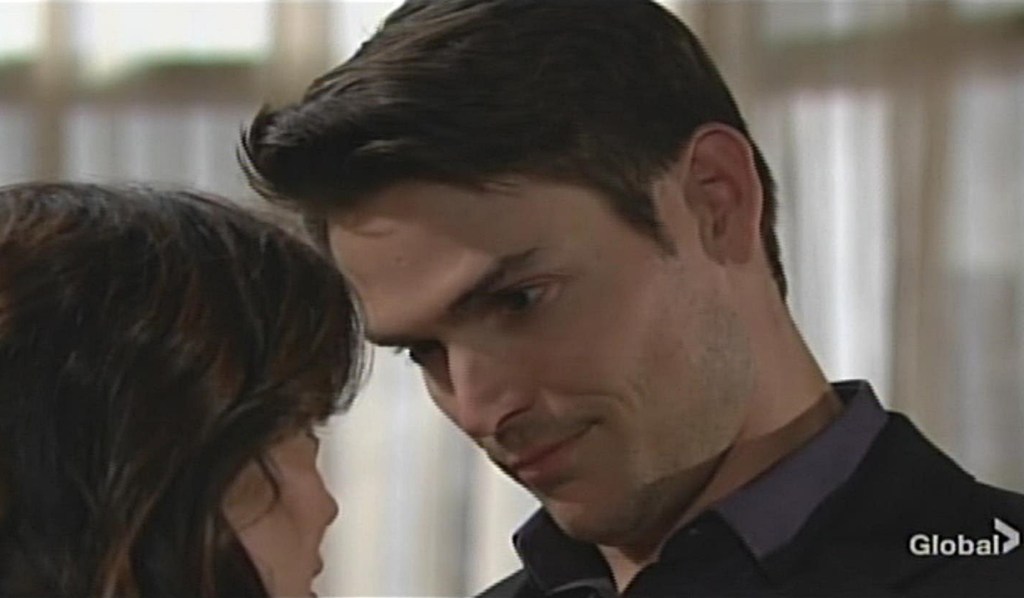 At Grand Phoenix, Amanda and Billy meet up in the elevator. Meanwhile, in Abby’s suite, she and Chance shed their clothes while kissing and fall onto the bed to make love.

<p>At the ranch, Victoria and Billy sit the kids down to break the news they are splitting up again. Billy assures his children they will always be a family.</p>

<p>Billy tickles the kids and tells them he loves them after they get the bad news he will no longer be living with them. Johnny asks if they no longer love each other. Billy tells him it’s a different kind of love now.</p>

<p>An argument breaks out between Victoria and Billy after Johnny and Katie have gone to the kitchen. Victoria wants him to keep the children away from Amanda. Billy tells her Victor lied to her about him cheating.</p>

<p>As Phyllis enters Society where she’s meeting Nick, Abby stops her. She needles that Phyllis was never any real competition for Chance.</p>

<p>Adam and Chelsea hold a conversation about aborting their plans to move to Paris because Connor wasn’t keen. Chelsea tells Adam as long as they’re together it doesn’t matter where they live and they share a kiss.</p>

<p>When Adam announces he must leave town again right after they return from Paris, Chelsea wonders if it has anything to do with the phone conversation she overheard before they left concerning a woman. Adam confirms it does, but doesn’t tell her anything else.</p> 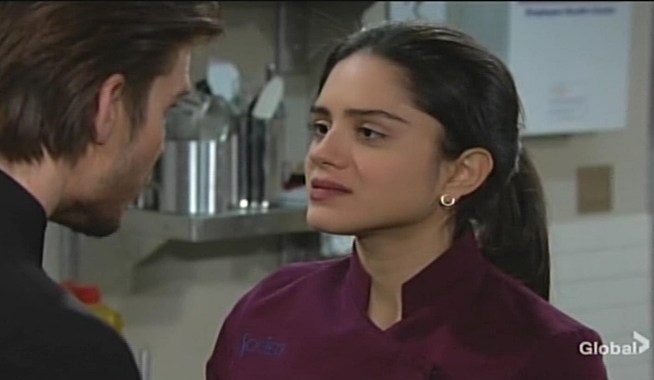 Theo Refuses Sex With Lola After She Kisses Him 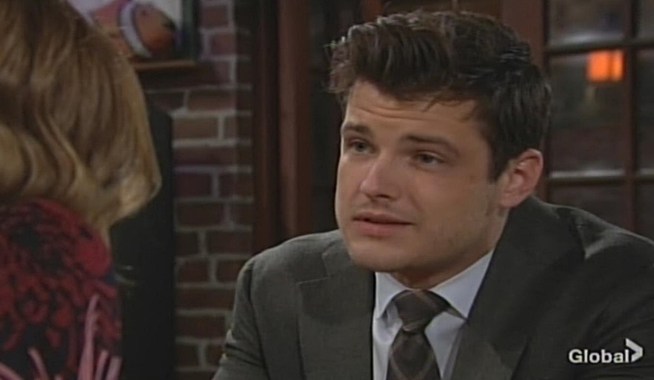