Friday January 31, 2020: On Young and the Restless today, Mariah encounters an old acquaintance, Rey makes a request of Paul, and Chance makes his choice. 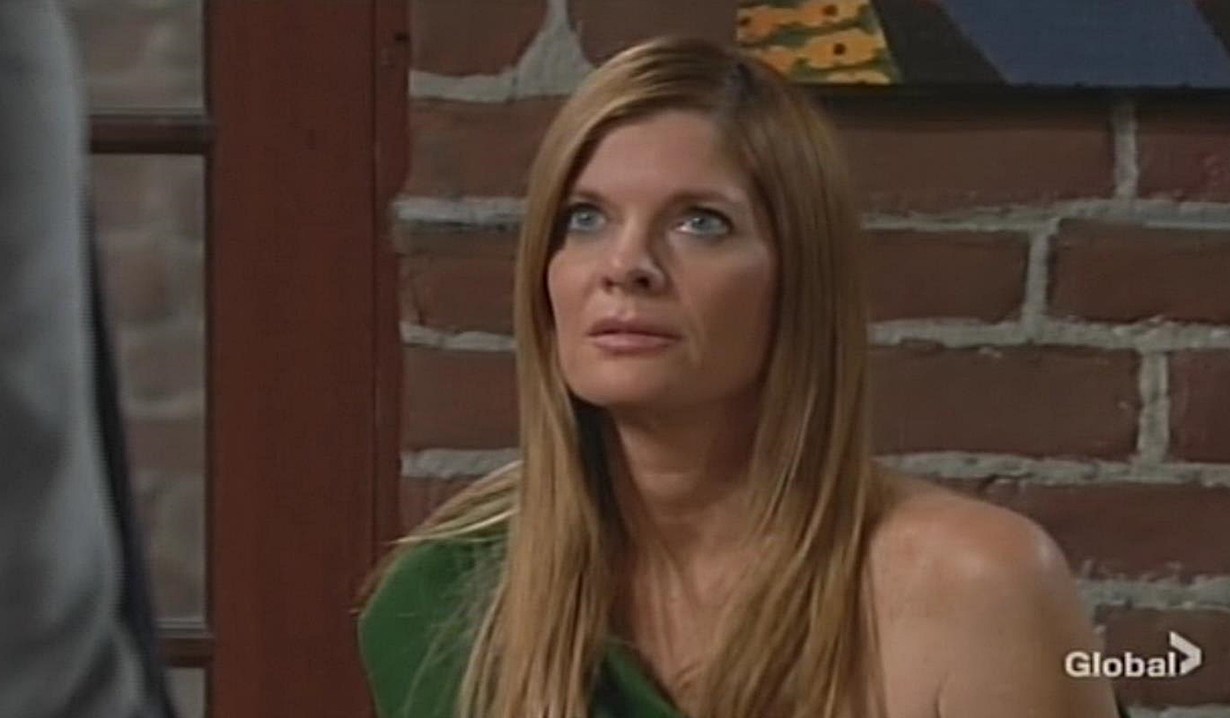 At Sharon’s place, she explains to Faith that today’s the day she gets her port installed for her chemo drugs and tells Mariah that Rey will take her. She thanks Nick for keeping this quiet. Sharon takes a call from Noah, then sees Nick and Faith off before she and Rey head out. 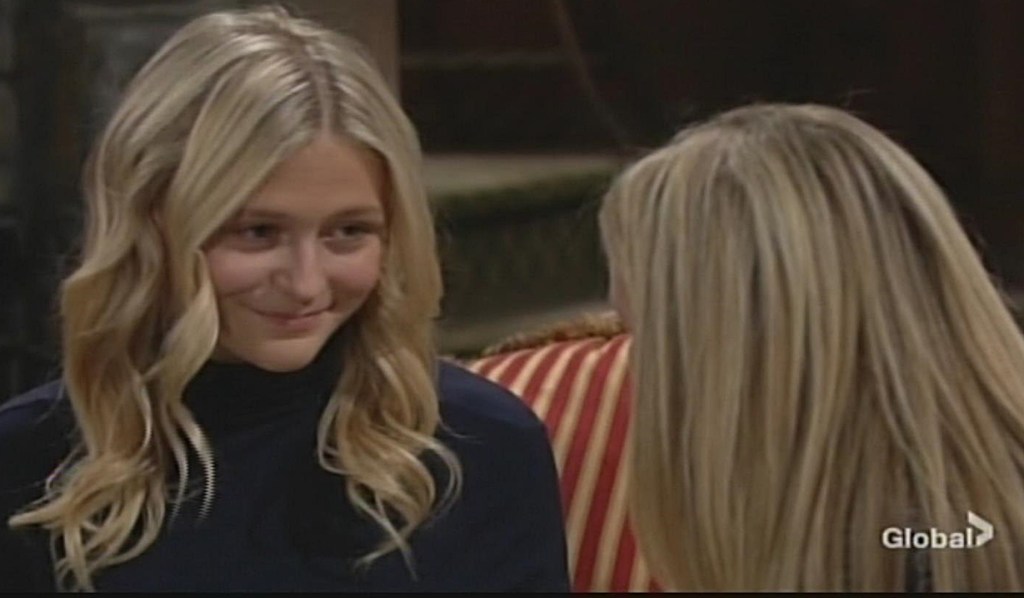 At Grand Phoenix, Abby and Chance flirt over security talk as Phyllis observes. She walks over and purrs, “Last night was amazing.” After, Chance assures Abby that he and Phyllis ‘didn’t’. Abby likes the view from the high road. Chance questions how far she’s willing to take this and warns she doesn’t have to lie to him. Abby sighs. She likes him, but if he’s interested in Phyllis… Chance interrupts – he knows exactly what he wants. “I want you, Abby.” They kiss. 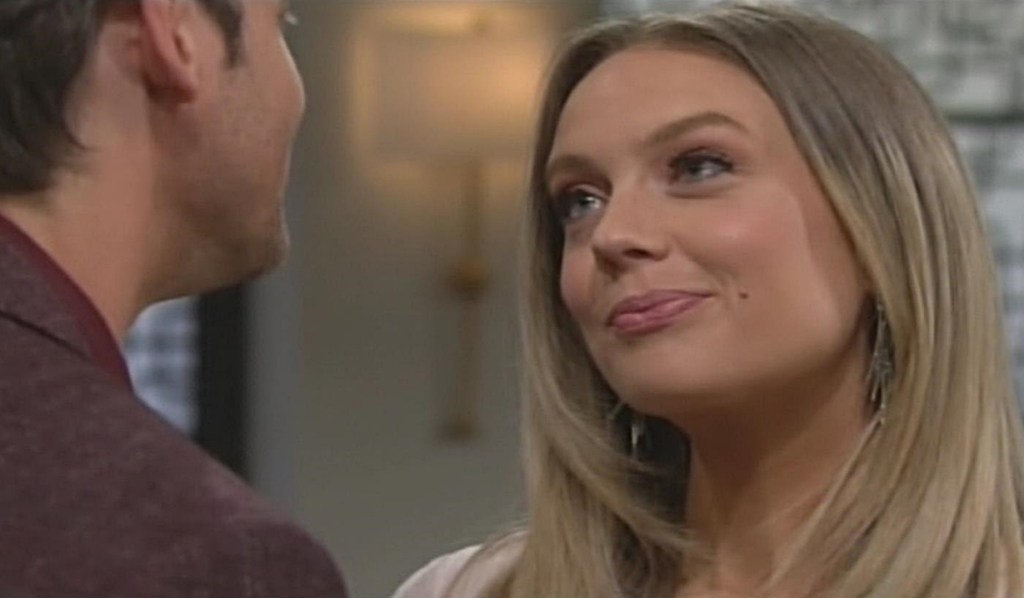 At Society, Mariah leaves Tessa a message about missing her. At the bar she says to a new employee, “Hey Lindsay! What are you doing here?” Lindsay, (played by Kirby Bliss Blanton), replies, “Hey you! Small world.” They know each other from a bar called the Matchbox and Mariah explains Tessa’s on tour. As Mariah talks, Lindsay senses she’s hiding something. Mariah says it’s complicated. 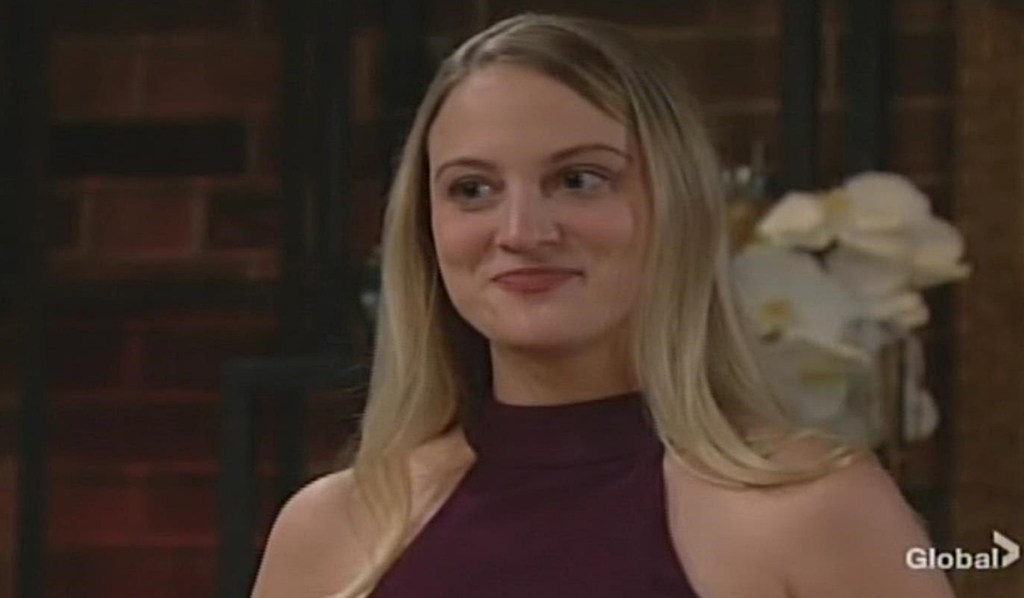 On the private jet, Tessa awakens as Tanner strums his guitar. She tells him the fantasy she’s living now is better than any life she could have dreamed of. They play guitar and sing If You’re Not Busy together, holding eye contact and smiling. After, they chat about his girlfriend and Tanner relays she’s a designer label type, nothing like Tessa. She teases he had to find someone her opposite.

At Crimson Lights, Sharon assures Rey she’s fine – the procedure wasn’t that big a deal. Phyllis enters as Rey exits and calls someone to see if they’re free to talk. Inside, Phyllis notices Sharon’s bandage and asks if she got a tattoo. Sharon quickly says, “Yep I did,” and claims it’s Rey’s badge number. Faith arrives to check on Sharon, who hushes her as Phyllis approaches for a refill. Phyllis sits back down and texts Chance for a second date. Nick arrives and greets Faith and Sharon, asking if she’s okay. Phyllis glances at Sharon’s bandage. Nick joins her and Phyllis pretends she knows Sharon’s having a health crisis. Nick’s expression tells her she’s right. Nick insists Sharon’s fine but Phyllis marvels, “Oh wow, this is serious.” Nick advises her to walk out – she doesn’t know anything. Phyllis pauses to look at Sharon as she leaves. Sharon accuses Nick, “You told her!” Nick says she figured it out. Faith interrupts to remind Sharon not to get worked up. After, Nick tells Sharon he believes deep down that Phyllis is a good person and won’t say anything. Sharon replies, “Make sure she doesn’t.”

Rey meets Paul at Society and tells him he needs to lighten his load at work. Paul wonders if he’ll confide in him about what’s going on. Rey can’t share the details for now. Paul ventures, “Family comes first always.” He confirms this will stay between them. At the bar, Mariah reveals she’s protecting someone’s secret. Lindsay advises she keep the person safe even if it’s tough. Later, Mariah texts Tessa that she misses her. She gets a reply from Tanner as Tessa’s doing soundcheck. Lindsay sees her face and asks what’s up. Mariah was just reading a text from Tanner Watts, who’s with Tessa. Lindsay recalls the parties and hook-ups on the music scene. Mariah isn’t worried she just misses her. Lindsay says Tessa’s out there living her life, Mariah should live hers. 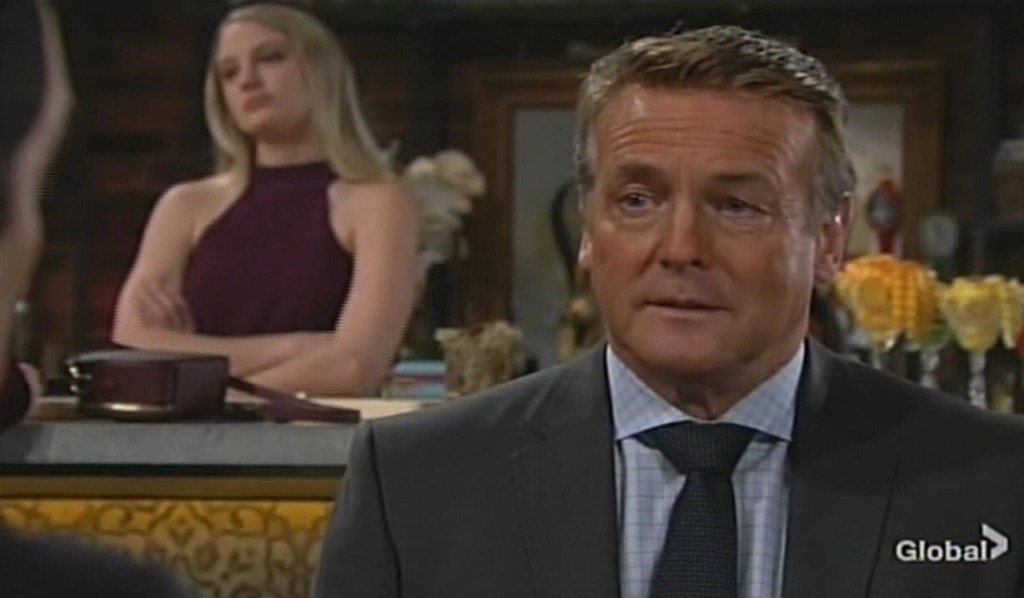 At Grand Phoenix, Chance steps out to take a call and learns ‘she’ is asking questions. He wants tabs kept on her. Inside, Abby snarks at Phyllis that Chance has made his choice. Phyllis uncharacteristically just walks away. Abby, startled, asks what she’s up to. Phyllis tells her she won and to leave her alone. Abby keeps on about Chance. Phyllis isn’t interested in her boy scout and hollers there are more important things in the world as she tears up. Abby knows something’s up and warns it will come out eventually.

Amanda must deal with her past. 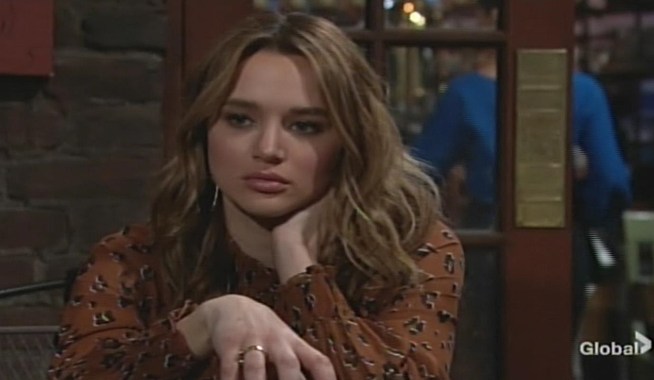 Kyle Admits Summer Kissed Him, and Leaves Lola Stung by His Next Confession 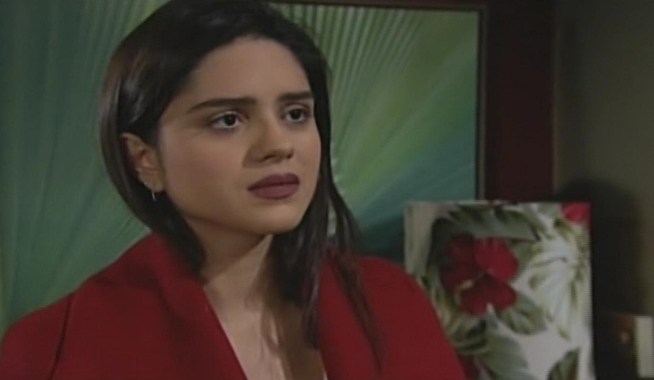