Wednesday January 29, 2020: On Young and the Restless today, Phyllis notices Sharon's behaving differently, Nick runs into Adam and Chelsea, and Adam has an update for Chance. 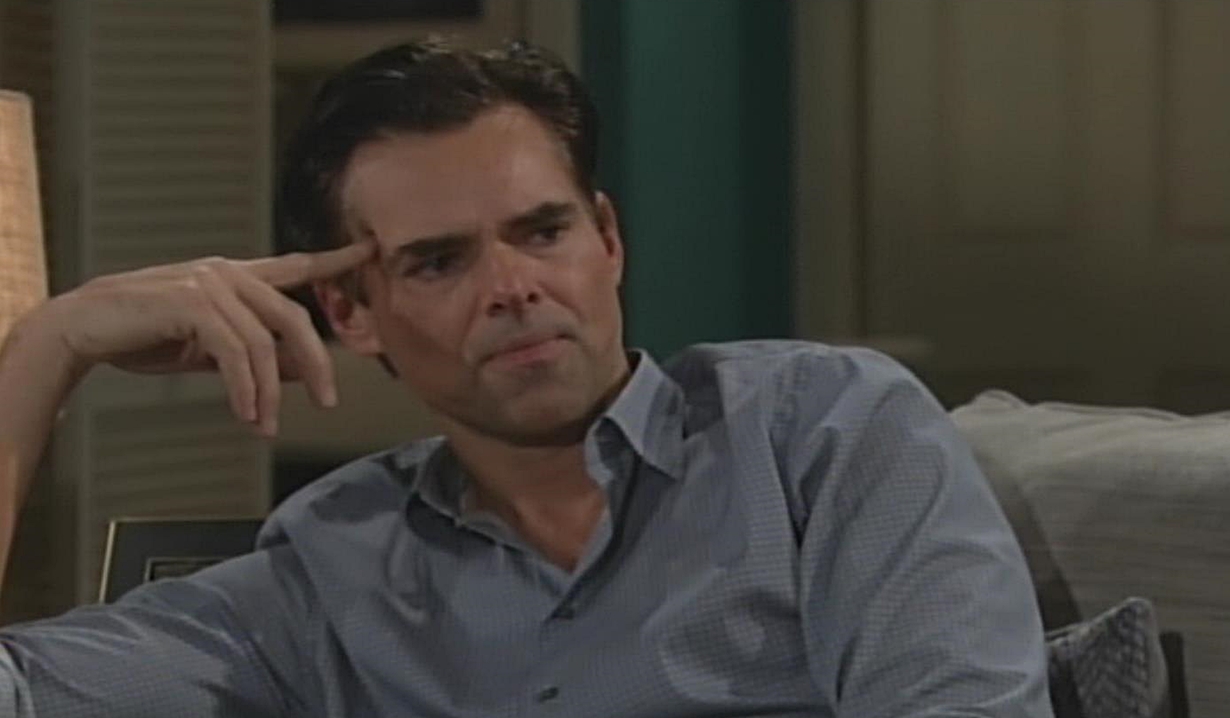 At the Grand Phoenix, Phyllis sips a drink in anticipation of her date.

In the penthouse, Adam assures Chelsea that Connor loves his new sitter. Chelsea’s worried about running into Nick on their date. Adam reminds her Nick cut her loose.

At home, Sharon grimaces at something she sees online and texts Rey that she needs to get out of the house.

At the Grand Phoenix, Phyllis sips a drink in anticipation of her date. Sharon arrives. Phyllis reveals she’s going out with Chance Chancellor. Sharon replies, “I hope you have a nice time.” Phyllis shoots her a strange look and continues unsuccessfully trying to bait her. Sharon asks if it’s her first date with Chance and Phyllis is stunned – she wants to do girl talk?! Sharon wants to focus on the positive. Phyllis asks, “Who are you?” 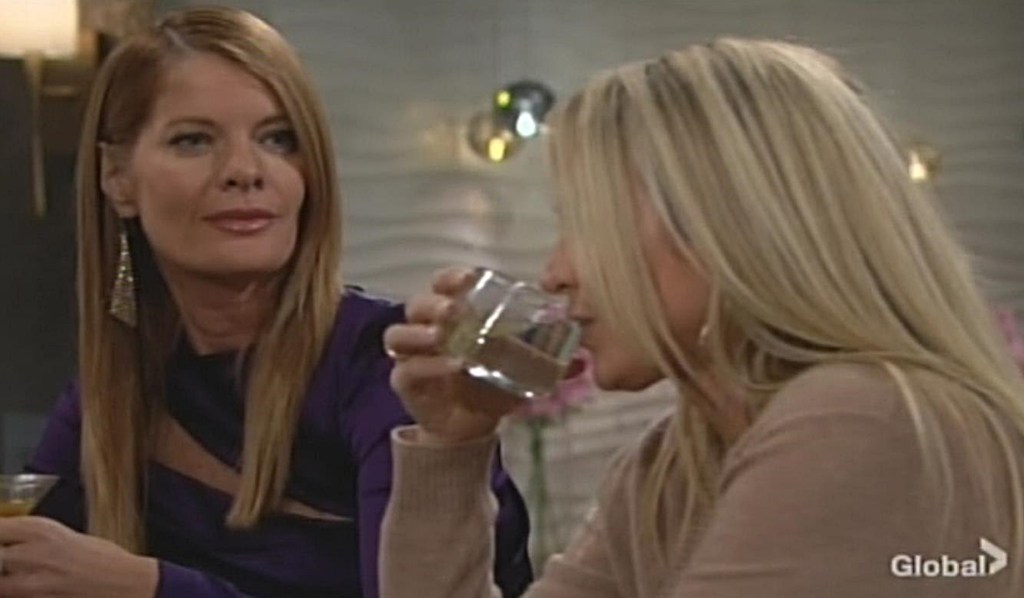 Billy watches three poker players at the dive bar and glances at his and Amanda’s empty table. Billy texts her to ask if she’s coming by the Empty Glass. She replies, “Sorry.”

Victoria visits Nikki at the ranch and updates her on Billy meeting Amanda Sinclair and claiming she’s just a friend. Victoria explains Billy wants her to give him the benefit of the doubt like she does Victor. Nikki’s irritated he thinks Victoria gives Victor a free pass. Victoria accepts her father, which is what Billy meant. She’s not sure where this will end. Later, Victor arrives and hopes Nikki counseled Victoria to kick that punk Billy to the curb. Nikki reminds him of their grandchildren. Victor thinks Victoria deserves better. He rants some more about the juvenile delinquent punk. Once alone, a P.I. visits Victor and gives him pictures of Amanda and Billy – they’ve been meeting since before Christmas. He also knows something else about Ms. Sinclair…

At Society, Adam suggests to Chelsea they make Paris a second home. Chelsea thinks it sounds incredible. Just then, Nick enters. Chelsea won’t let it ruin date night. Adam steps away for a call and Chelsea approaches Nick. They exchange pleasantries and Chelsea mentions Paris. Nick alludes to her going back to the dark side and Chelsea counters that what he did was best for all of them. Nick can handle her being happy with Adam, just not him breaking her heart again. Adam reappears and Chelsea wants to head home. She exits and Adam asks Nick what he said to her. Nick thinks they’d be happier away from Genoa City. 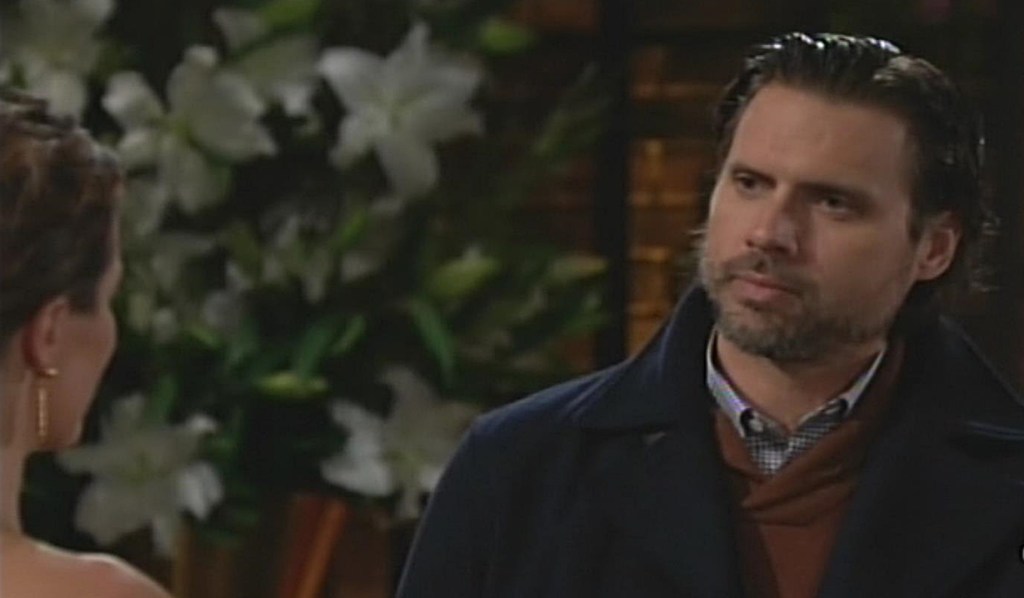 At home, Billy rattles around until Victoria appears and asks why he didn’t let her know he was there. She says the kids are out with Hanna. Victoria questions if he was with his friend. Billy gets defensive. Victoria guesses he went to the bar hoping Amanda would be there. They debate whether he needs therapy. Billy loves everything about their life except the judgment. He won’t conform to what everyone expects. Billy’s sick and tired of hearing he needs to be fixed and feeling shame. Victoria thinks he’s addicted to playing with fire and the signs of relapse are all there. Billy denies it and won’t continue to walk on eggshells. Victoria feels he doesn’t want her help – and maybe just doesn’t want her. Billy laments they keep finding themselves in the same position. He packs a suitcase and they embrace before he leaves the house. 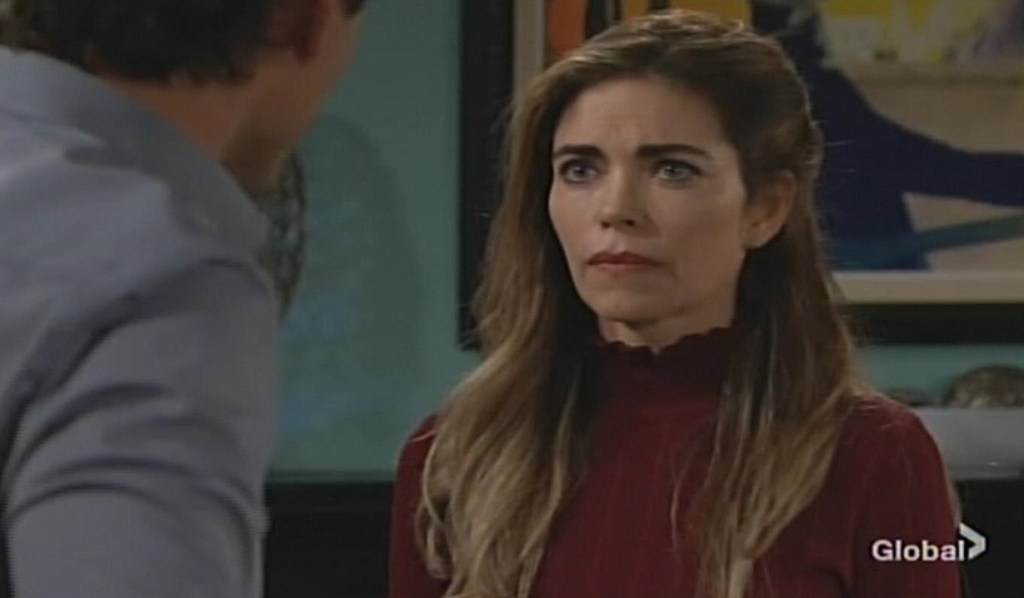 At the penthouse, Adam asks Chelsea about her conversation with Nick about leaving town. Chelsea admits it’s not the worst idea. Adam’s prepared to move them to Paris by Valentine’s Day. Chelsea balks at rushing. Adam asks her to make a list of pros and cons. Chelsea’s moved he would upend his life at her say so and they kiss. After, Adam calls Chance – his guy finally heard from ‘her’ but she’s asking questions. Chelsea overhears.

Nick arrives at Grand Phoenix. Sharon’s in the restroom and Phyllis asks him what’s up with Sharon. She reappears before he can answer and accepts a ride home from Nick. Phyllis is left thinking.

At home, Sharon updates Rey that she was overwhelmed by some images she saw online. It was good to get out around people who are blissfully unaware. Rey holds her.

Summer Admits She Kissed Kyle and...