Amanda Cuts Ties With Billy As Someone Snaps Photos of Them 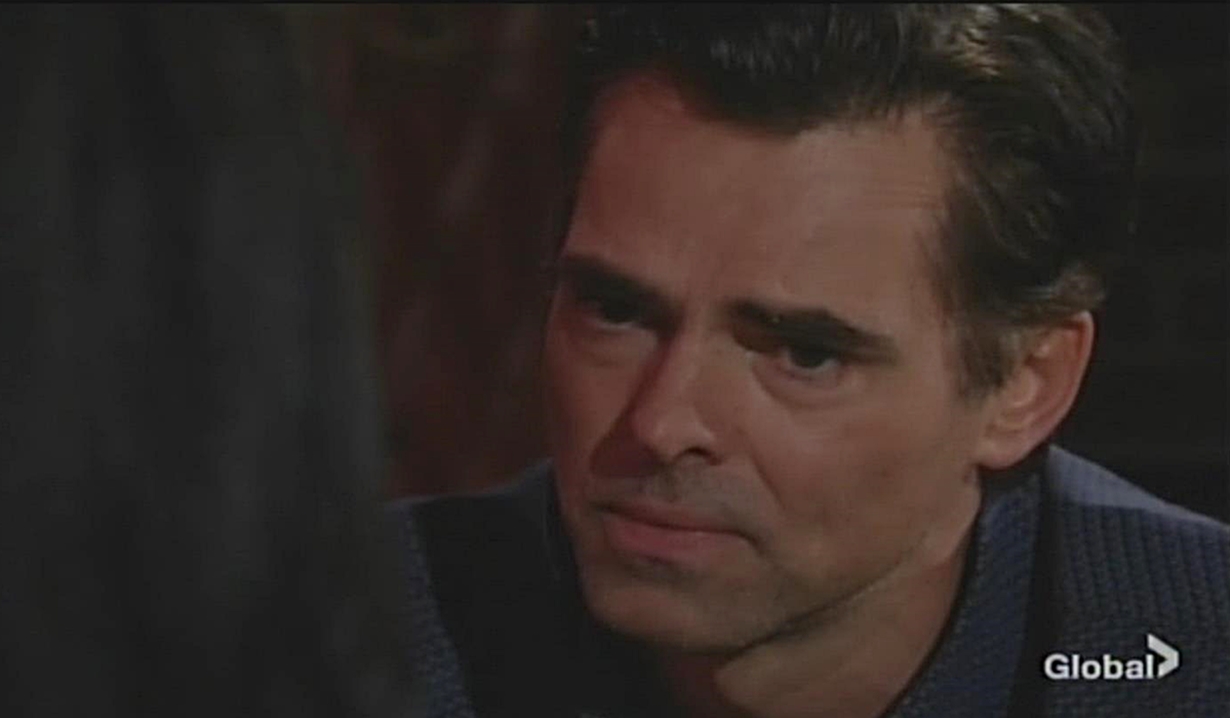 At Society, Lola’s standoffish with Theo, who realizes it’s because of what happened at the party. He didn’t mean to cause trouble for her – she’s his only friend right now. Nearby, Mariah watches them and observes to Abby that Theo’s not here for the food. Abby warns, “Mariah, whatever you’re thinking about doing – don’t.” Meanwhile, Lola teases Theo he’s in the running for the customer of the year. He’s pleased when she concedes they’re friends. Across the room, Abby hopes Mariah won’t cause a scene. Mariah reassures her – she came to convince Abby to go out with her after work. She still wants to be fun in Tessa’s absence. Abby agrees and learns they’ll be going to a gay bar. Over at the bar, Theo tells Lola how easy it is for him to confide in her. Lola becomes uncomfortable and heads to the kitchen. Mariah confronts Theo for hitting on Kyle’s wife. Theo is only being friendly and needles about Tessa becoming a big star. Mariah warns if he causes trouble for Kyle and Lola, she’ll cause trouble for him. Mariah rejoins Abby, who shares that Phyllis is interested in Chance and may have sabotaged their date. Mariah’s surprised to hear Abby told him to go for it, then decides it’s genius, letting the snake eat itself. Elsewhere, Lola feeds Theo, who wonders how she feels about Kyle being on a trip with Summer. She admits they fought before he left, but she trusts him. He questions if Kyle trusts her, then takes responsibility for the events in the kitchen. Nearby, Abby’s stunned to learn Tessa and Tanner were once married. Mariah wants to hate him, but she can’t. Mariah glances at Theo again. Abby relays that Kyle’s traveling with Summer. Mariah’s taken aback but decides it’s not her business. Across the room, Theo tells Lola that Kyle’s entitled; he always felt like somewhat of a visitor in his world. 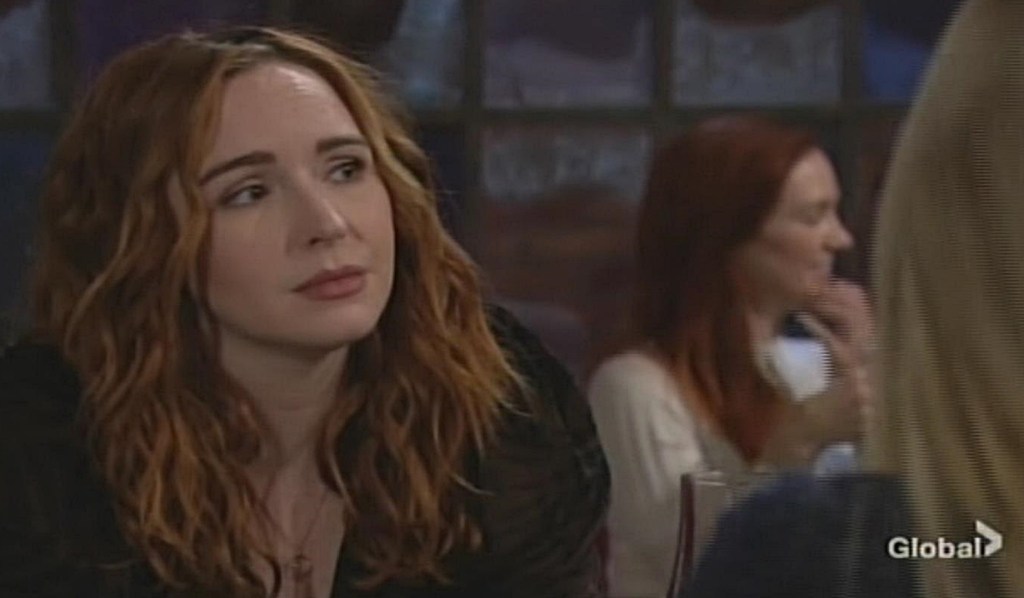 In Kyle’s suite in San Francisco, he and Summer celebrate his successful acquisition. He notices she’s wearing her lucky necklace and thanks her. She wants to celebrate. Kyle sends an email to Jack then gets beer from the mini bar. Summer asks if he’s texted Lola. He hasn’t yet. Summer confirms it’s completely over between her and Theo. Kyle thinks she deserves better. Summer’s happy with her life and asks Kyle, “Are you happy?” Kyle insists he is, but Summer thinks his relationship with Lola moved fast and suggests maybe their issues aren’t truly about Theo. She has seen Kyle trying to change who he is and just wants to see him happy again. She kisses him. He apologizes after and reminds her they’re friends. She feels stupid. Kyle assures her they’re fine. She exits. 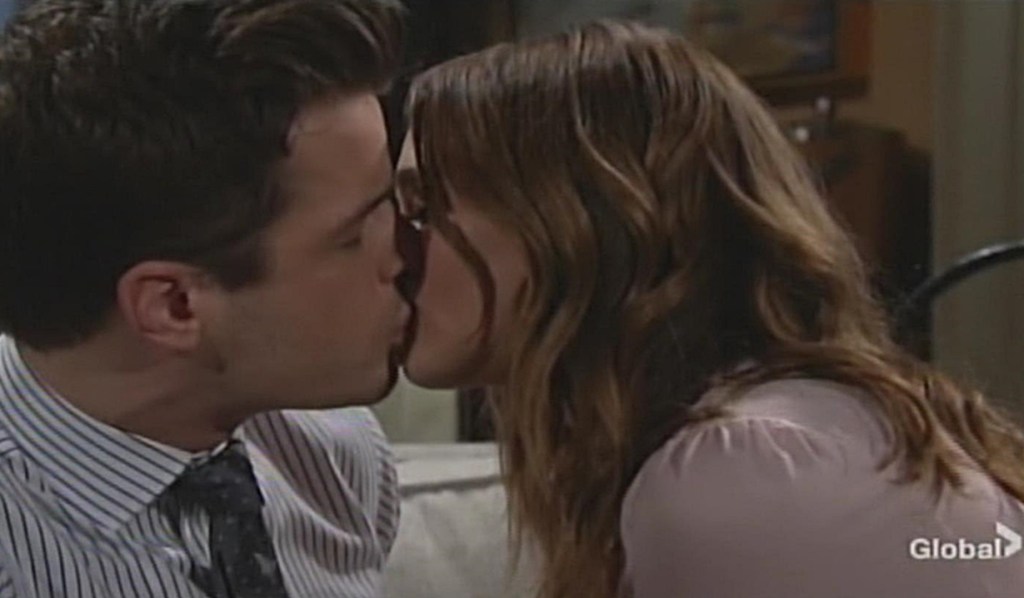 At the dive bar, Amanda surmises Billy has spoken with Victoria. Billy complains the woman he’s supposed to be able to share everything with can’t understand him. Amanda wonders if she just didn’t react as he wanted. Billy’s becoming resentful and says Victoria recommended he get help. He doesn’t get why it’s so easy to talk to Amanda, and so difficult to talk to his wife. Billy just wanted her to take his word for it that he’s okay, but she won’t. Amanda assumes she’s partly to blame. Billy insists she’s not the problem, but Amanda’s unconvinced. Billy protests; they’re not having an affair, they’re friends. Amanda points out he hasn’t acted like it. She doesn’t think she can be the one he talks to anymore – she feels she’s crossing a line in someone’s marriage. Billy asks, “Why the change of heart?” Amanda says what they’re doing isn’t healthy, real or sustainable. She wishes him luck. He says, “You too.” Unseen, someone snaps photographs of them. 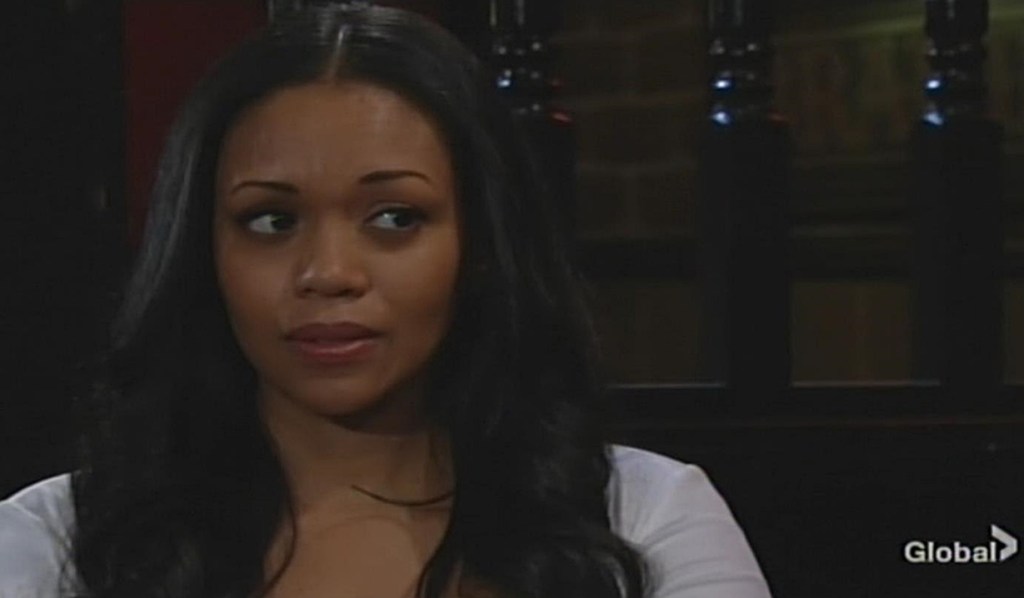 Nick stops by Victoria’s house, where she mentions Billy’s out before talk turns to Newman’s 50th anniversary. Nick worries about Victoria being consumed with the company like Victor once was, and questions if she and Billy are in a good place. Victoria reveals Billy wants her to accept that a part of him will always be restless, then tears up. Nick hugs her. He asks what she’ll do. Victoria doesn’t know – it’s hard to be rational when someone’s addiction’s talking. Nick feels Billy has to want to get help. Victoria knows if he refuses, she’ll have to walk away. Nick warns her not to let Billy drag her down with him.

Phyllis has a setback.

Adam Learns Chloe Saved Him When...