Friday January 24, 2020, : On Young and the Restless today, Fen reveals surprising plans, Adam and Chance share an intense conversation, and Phyllis thinks Summer could get Kyle back. 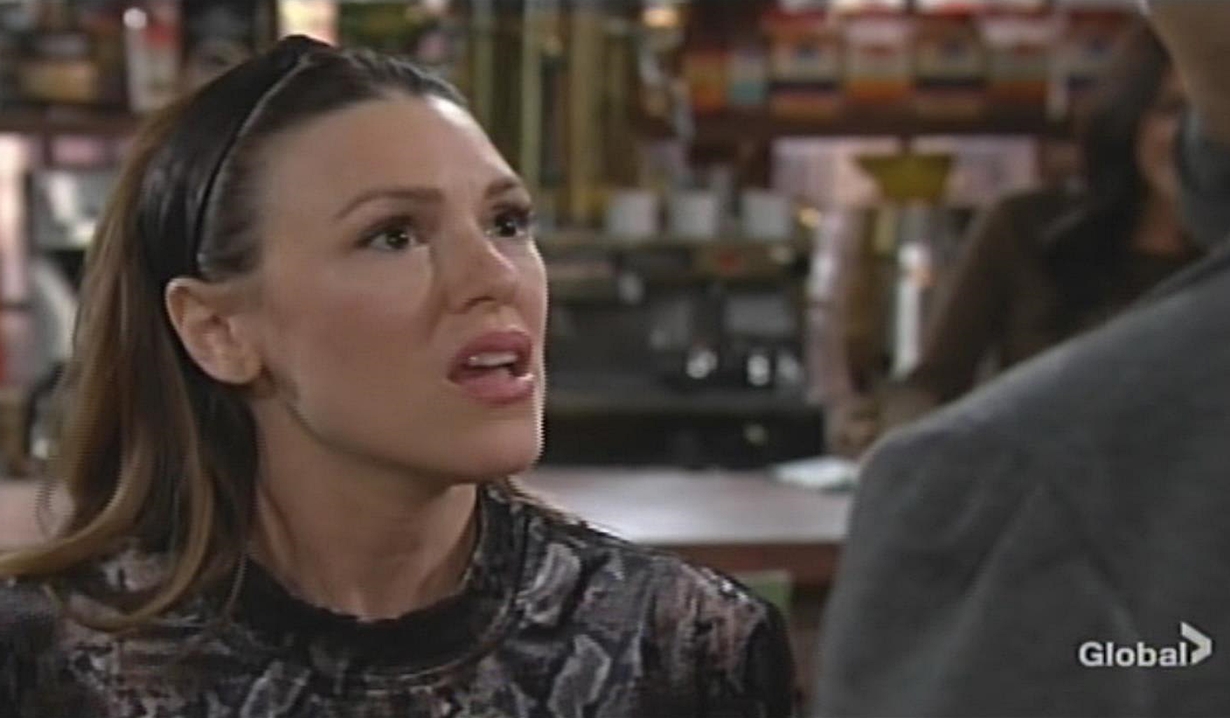 At the Grand Phoenix, Chelsea encounters Adam, who reveals he bought a tech company specializing in video games and jokes about having Connor as a game-tester. They discuss it being Connor’s first day at the new school. Phyllis materializes nearby and stops Chance, who mentions Abby’s busy all week. Phyllis pipes up that she’s free and Chance senses she wants a date. Elsewhere, Chloe grimaces at Chelsea kissing Adam. Chelsea joins her and doesn’t want to hear negativity about Adam. She invites her along to pickup Connor. By the fireplace, Chance agrees to a dinner date with Phyllis after some banter, then joins Adam to inform him they’ve a problem – ‘she’s’ missing and has gone completely off the radar. Adam hisses that everything’s under control. Chelsea watches their intensity as Adam assures Chance she’ll surface – when she needs to cash one of the checks he sends every month. Chance is uptight and warns he’d better be right. 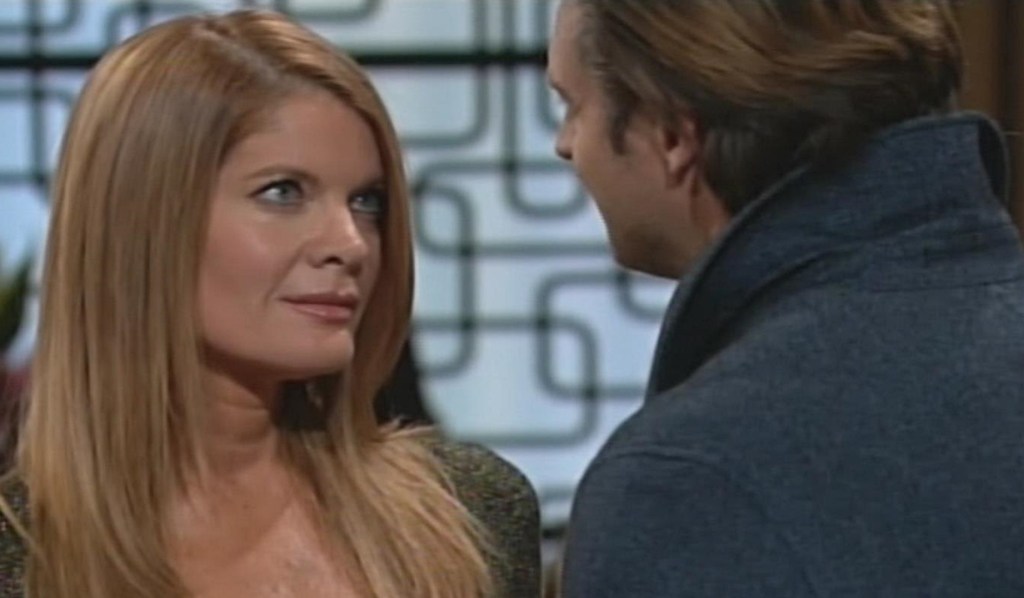 At Jabot, Theo listens as Jack crows to Summer and Kyle that he picked the right team for this business trip. Summer and Kyle head out and Theo assures them he’ll hold down the fort until they get back. Kyle says he’s counting on him to do just that. After, Kyle tells Summer he’ll kill Theo with kindness until it drives him crazy. Later, Jack calls Theo into the office – he’s thrilled with his performance but noticed tension between him and Kyle. Theo muses they have different ways of doing things. Jack’s reminded of Dina. He sees Theo goading Kyle and says he’s spoken to both of them about it and doesn’t want to discuss it again. Theo hears him.

At Society, Devon assures Fen he doesn’t have to beat himself up over his addiction – they’ll provide him support on the next tour. Fen’s appreciative, but will have to pass. He’s guarding his sobriety. Devon’s proud; he’ll always have a place at LP. Lauren and Michael arrive and get in the loop. Lauren hugs Fen as Devon leaves the table. Michael thinks Fen made the right call. Fen then reveals he’s moving to Nashville. At the bar, Lola confides in Devon that she fought with Kyle. Devon thinks it’s normal, but Lola admits it scared her. Kyle appears and Devon exits. Kyle hates leaving while things are unsettled but Lola assures him they’ll talk once he’s back. They kiss. Meanwhile, Fen explains to his parents he’s moving in with some sober friends and has a job at a recording studio. They’ll visit him in Nashville but Lauren’s sad to say goodbye again. They all express their love. Later, Theo walks in, sees Lola, then decides to leave again. 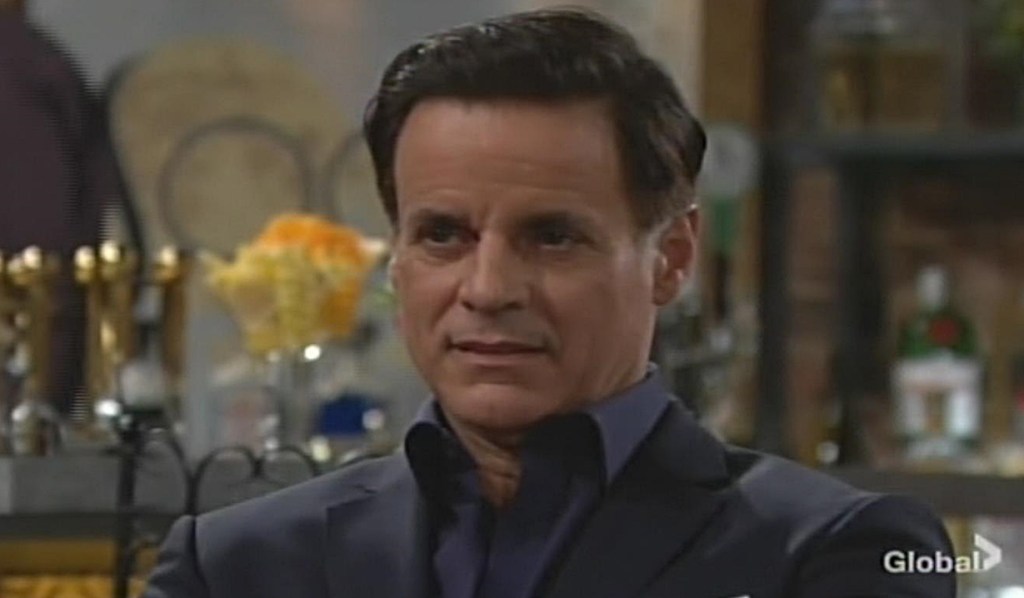 On Crimson Lights’ patio, Chloe and Chelsea gush as Connor and Bella go inside holding hands. Chloe’s hoping for a little sister for Bella. She asks if Connor knows about his eyes. Chelsea relays they tell him he has magic eyes. Chloe marvels at Connor looking at Bella through Delia’s eyes – it’s special. Adam appears. Chelsea assures her it’s not a set up. Adam greets Connor as he and Bella reappear. Chloe introduces him to Bella, then offers to help him get hot chocolate. Inside, Chloe warns Adam she hasn’t fallen for his act and wishes she’d left him to die in the street. Adam realizes she pushed him out of the way when Billy tried to run him down. Chloe admits it and says, “You owe me.” She did it for Billy. Adam insists he’ll make Chelsea and Connor happy. He looks at the kids – they’re all connected. Chloe grimaces, “Please stop trying to pretend you’re human.” After, Chelsea asks Adam about his conversation with Chance. He says there’s nothing she needs to know.

At Grand Phoenix, Phyllis learns Summer’s taking her lucky necklace on the trip. Summer confides it’s a big deal for Kyle. Phyllis hopes she’s not thinking about going for Kyle…even though she could easily get him back. Summer plays along, “How Mom?” Phyllis thinks Summer’s ten times the woman Lola is, and Kyle knows that – she reminds her never to be second best. Kyle arrives to get Summer. Phyllis looks concerned as they depart. 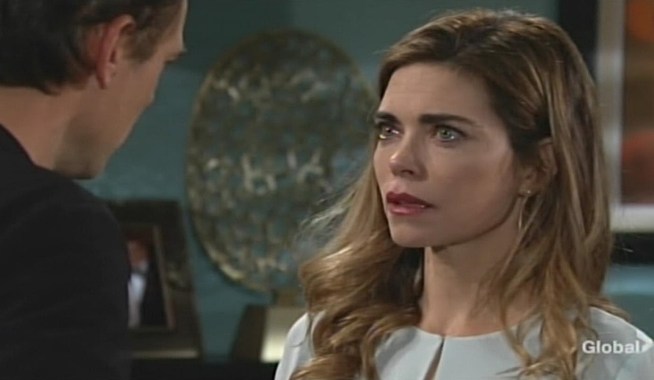 Victoria Gives Billy an Ultimatum, Get Help or We Won’t Make It

Amanda Cuts Ties With Billy As Someone Snaps Photos of Them 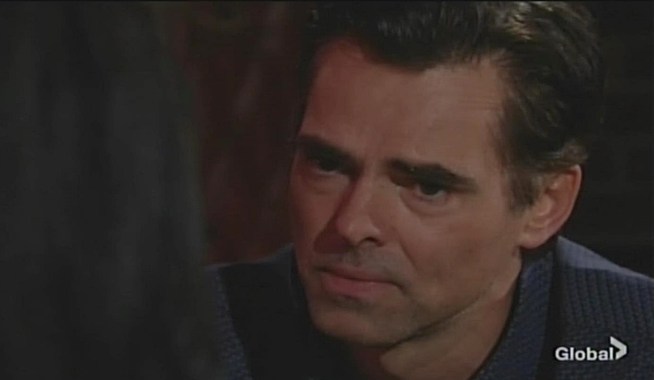