Victoria Gives Billy an Ultimatum, Get Help or We Won’t Make It

Thursday January 23, 2020: On Young and the Restless today, Amanda questions Nate's relationship with Elena, Faith and Mariah take a trip, and Nikki plans a celebration. 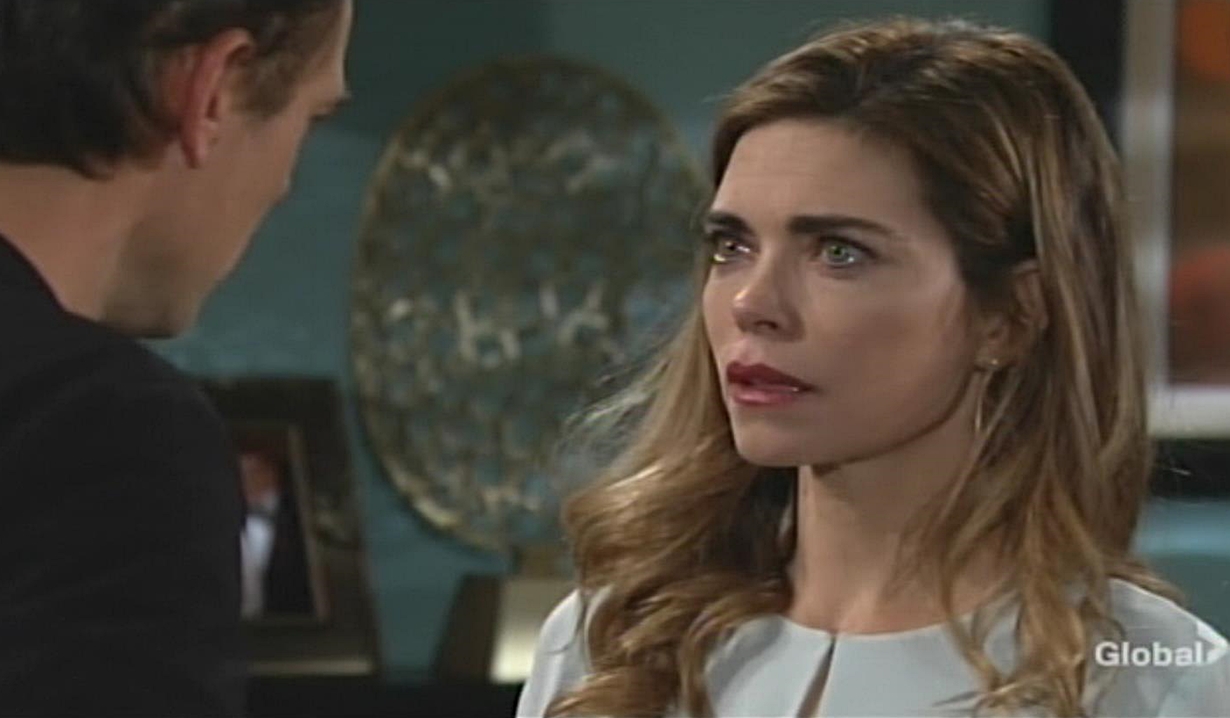 Rey arrives at Sharon’s house with croissants. Sharon is still unsettled about Faith leaving boarding school because of her. Rey points out she wants to be there to support her as they all do. Sharon feels everything suddenly revolves around her cancer. Rey gets called to work and Sharon assures him it’s fine.

At Nick’s house, he tells Faith she can return to Walnut Grove. Faith wants to get her things from boarding school and Nick offers to take her. Mariah would like to do it; they’ll have a girls’ trip.

At Crimson Lights, Nate meets Elena, who wants to pick his brain about a mobile medical unit for New Hope until the clinic’s up and running. Nate says, “Outstanding idea.” They’re talking about brainstorming when Amanda appears. Elena invites her to join them and loops her in on Devon’s New Hope. After Elena leaves, Amanda asks how Nate’s related to Devon, so he explains. She assumes he and Elena dated because of how they interact. He says she thought wrong. They’re colleagues who both care about Devon. Amanda will drop it – even if he were interested, she knows he’d never go there. Amanda looks uncomfortable as Nate says any grown-up with a moral code would never cross that line. 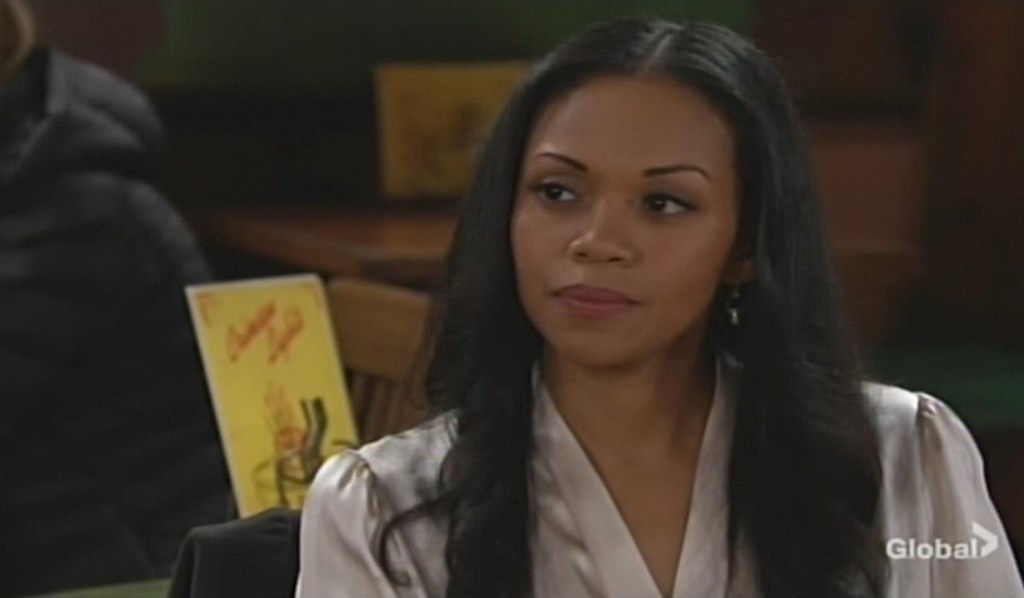 At the ranch, Nikki tells Victor she has sent invitations out – they’ll go all out to celebrate the 50th anniversary of Newman Enterprises. She wants to pay tribute to Victor that night. They kiss. Nick and Mariah arrive and update them that Faith is returning to Walnut Grove. They offer the Newman jet for the trip to boarding school. Nikki can take her, but Mariah states they’re doing a sister trip. Nikki’s just happy Faith will be home.

At home, Billy assures Victoria he loves her. Victoria has a meeting. He asks her not to walk out. She throws her purse and coat down and hollers, “Fine. Let’s get it all out into the open!” Victoria confronts him about the hurt he’s caused her by confiding in Amanda. It’s an ominous sign of a disconnect and she thinks he gets some thrill out of creating drama. She wants him to return to therapy and get back on track. Billy isn’t off track and wants a chance to prove it to her. Victoria can’t take that leap of faith again – he’s broken her heart so many times and she forgave him. All she hears him talking about now is going backward. Billy complains she’s twisting his words – she just wants it her way. He’s seeking a level of acceptance, like she gives her father. Victoria says that’s different. She feels this is an exercise in frustration and is done with it. If he doesn’t get help, she guarantees they won’t make it.

At Sharon’s place, Faith is sorry about not being there when her mom was getting sick. Sharon states she was living her life and shouldn’t have any regrets. She caught this early and will fight it; they’ll find their way through this journey together. Later, Mariah and Nick arrive and Faith leaves with her sister for their overnight trip. Nick and Sharon talk about Faith being so upset. Sharon would like to take away her fear, but she can’t control any of this – it’s frustrating. Nick feels she’s tough and will help her through this – there’s proof. Sharon opens a gif tbox containing a hope, love and faith necklace Faith left her. Nick knew about it. Sharon has everything she needs right now. 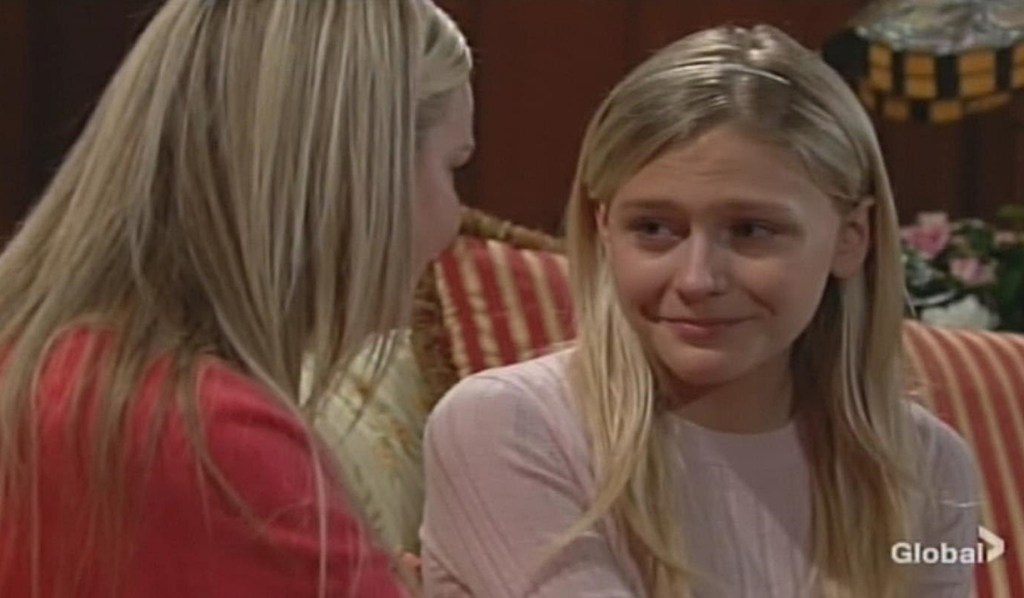 At Society, Rey and Elena chat while waiting for takeout. He questions her about cancer, and she wonders why. Rey admits someone he knows was recently diagnosed. Elena advises that an optimistic patient with a support system my have an advantage. Rey thanks her. Elena reminds him his friend is more than his or her diagnosis.

At the ranch, Victor updates Nikki that the girls arrived at the airport. She’s glad Nick will have Faith around and hoped this year would get off to a good start for their kids. Victor realizes something’s going on with Victoria – he knows Billy will hurt her.

Adam Learns Chloe Saved Him When...