Friday January 17, 2020: On Young and the Restless today, Adam reveals his plans to Victor, Amanda questions Billy, and Sharon's girls learn she has breast cancer. 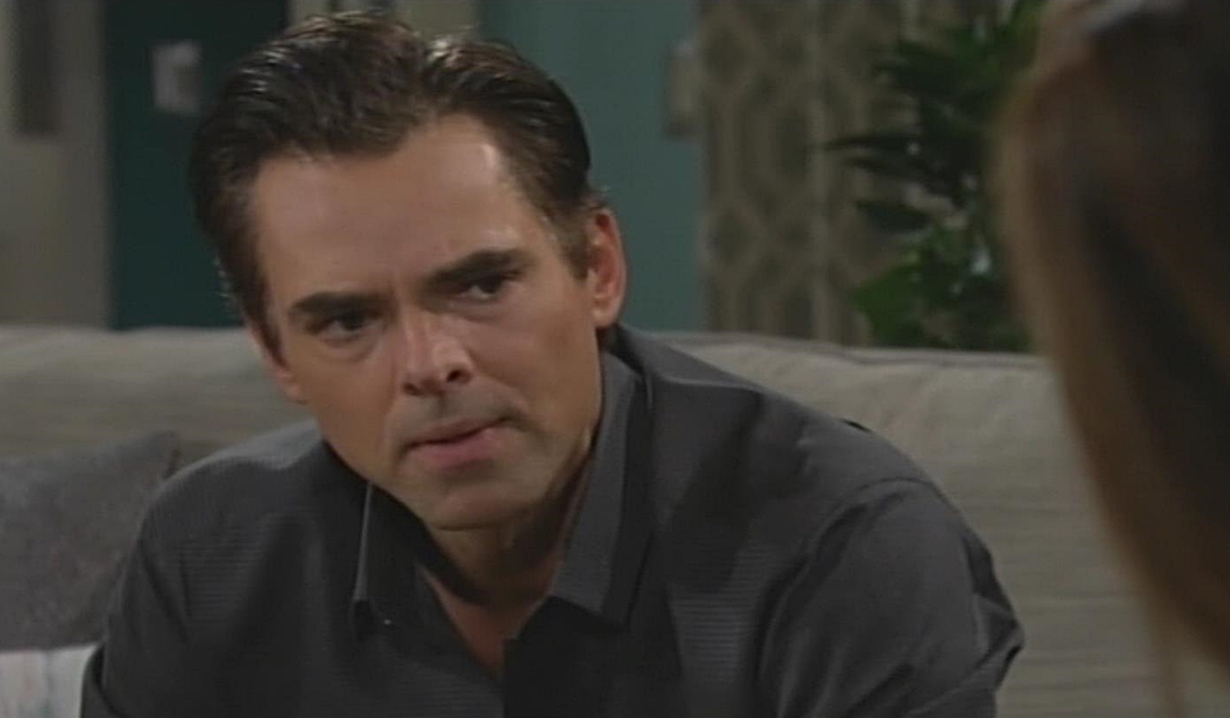 At Society, Mariah looks at a photo of Tessa on social media, then gets a text from Sharon asking her to come to the house. She bumps into Nikki as she exits. Nikki joins Victoria- she doesn’t have long as Victor invited Adam and Chelsea for dinner. Vikki hands her mother the bar receipt – the lie from Billy’s pocket. Nikki advises her to let him know he can be honest and she won’t judge him.

At the dive bar, Billy tells Amanda about his meeting with Lily, then shares he lied about them again – to Victoria. He explains to the outside world this looks like more than friendship. Amanda feels if he has to lie about seeing her, he should ask himself why. Billy insists he’s not looking for anything more. Amanda questions him coming to her after talking with Lily, rather than Victoria. He wonders if he’s broken. Amanda urges a conversation with his wife – if she can’t accept him as his core, he deserves to know.

At the ranch, Victor tells Adam and Chelsea that Nikki will join them soon. Adam reiterates he and Chelsea are a package deal. Nikki arrives and they fill her in on Connor’s trip to the Grand Phoenix. Nikki asks about Walnut Grove and Adam says they’ll decide what’s right together. Victor’s proud of Adam putting his son’s interests first. Nikki pulls him aside to remind him Adam’s happiness came at Nick’s expense. After they eat, Adam and Victor speak alone – Adam looks forward to proving him wrong about Chelsea and reveals he’s decided to get Dark Horse back on its feet to leave Connor a legacy. Vic muses that Nick started the company to compete with Newman. They eyeball each other with slight smirks.

At Sharon’s place, Rey soothes, “You’ve got this.” Nick enters with Faith who hugs her mom and apologizes for snooping. Sharon reassures her and Faith tearfully braces for what she’s going to hear. Sharon confirms she has breast cancer and explains the prognosis and treatment. Faith worries she’s dying and pleads with her not to lie. Sharon’s not going anywhere. Faith recalls a girl at school, Trinity, whose mom lost her hair in chemo, but she’s better now. Rey takes Faith upstairs to contact Trinity. Nick tells Sharon she did good as Mariah arrives. She’s confused and asks why Sharon looks so upset. Mariah learns Sharon has cancer and after a moment of shock, wants to know everything so she can help. Sharon vows to fight this with everything she has. Mariah tells Nick, “We need t-shirts.” Sharon warns Faith will need her. Mariah reiterates they’ll fight like hell and they all hug. Faith reappears and Sharon talks to the girls about self-examination then takes them upstairs to show them what the lump feels like. Rey and Nick agree Sharon’s a hell of a woman. Later, it’s agreed Faith won’t return to boarding school for now. Sharon feels lucky for the support from all of them. Rey has the group join hands – they’re team Sharon and their mission is to be wherever she needs until they’re on the other side of this. Once alone, Sharon tells Rey she’s terrified. He promises they’ll get through this and pulls her into a hug. 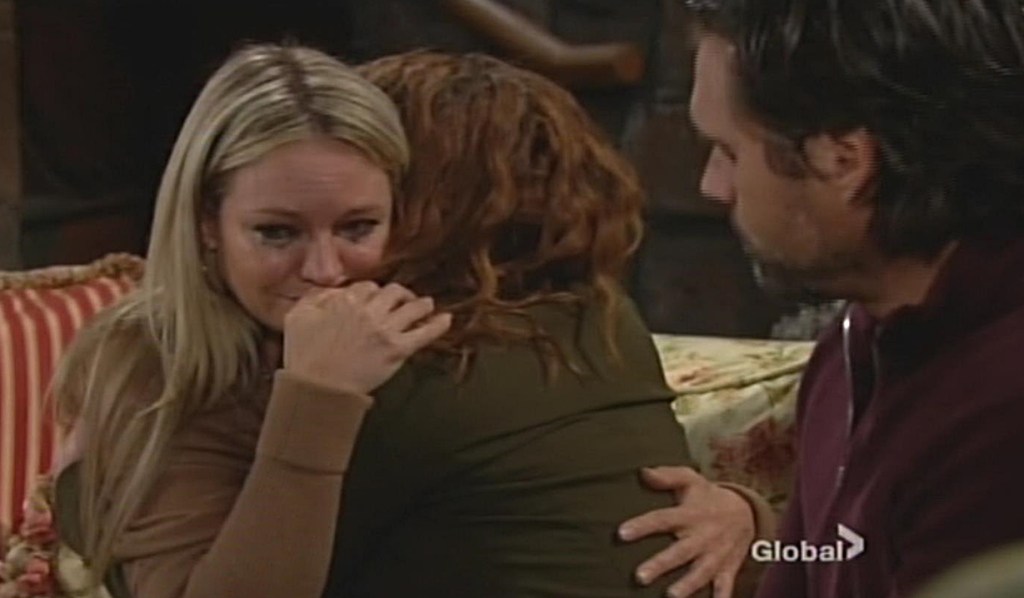 At home, Billy tells Victoria he wasn’t honest about the receipt but he’s not seeing anyone else – he loves her. Victoria learns he’s going through some things and suggests they get it out in the open. Billy says she doesn’t need to care so much. Victoria can’t ignore that he’s needed help. Billy just wants to be who he is and not feel ashamed. He reveals he’s been talking to Amanda and Victoria’s angry he’s found a cheerleader in a virtual stranger while shutting her out. She thinks he gets off on having a massive amount of chaos in his life; she doesn’t believe this is love – she doesn’t know who he is. Billy reaches out and she pulls away, “Don’t!”

At the penthouse, Adam loops Chelsea in on his plans to resurrect Dark Horse and she’s all for it. Adam doesn’t think it’s possible to love her more than he does now. They kiss. 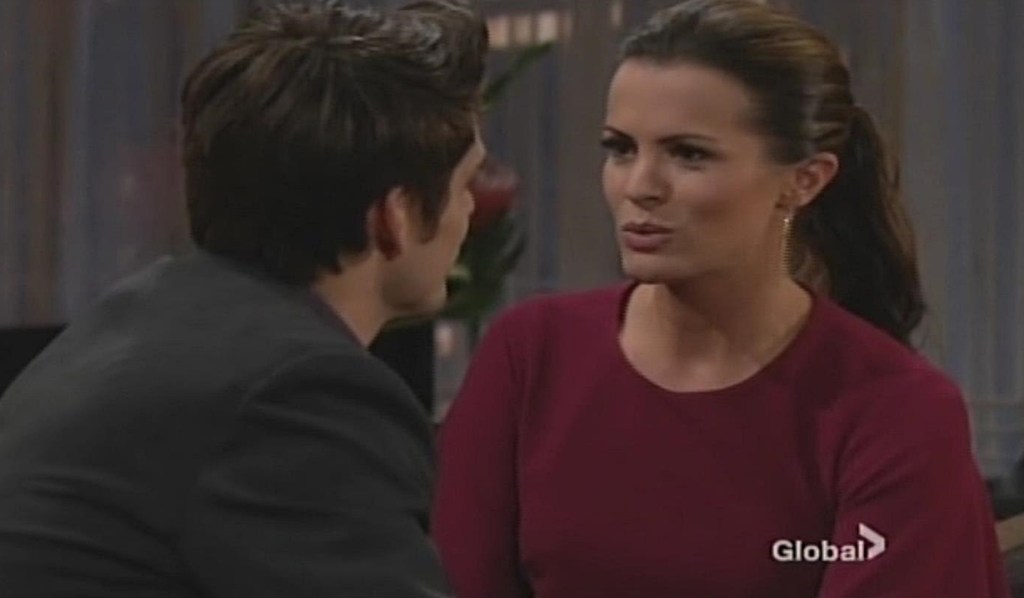 In her apartment, Mariah leaves Tessa a message that he misses her and needs to hear her voice. “I love you.”

At Nick’s house, he finds Faith crying and trying to pull herself together to go back to her mom’s house. Nick reminds her she has Rey and tells Faith, “She’s going to be okay.” They embrace.

Nikki has a surprising announcement.

Nick Learns Sharon Has Cancer As She...

Kyle Decks Theo at Society, Then...