Nick Learns Sharon Has Cancer As She Faces Chemo and Surgery 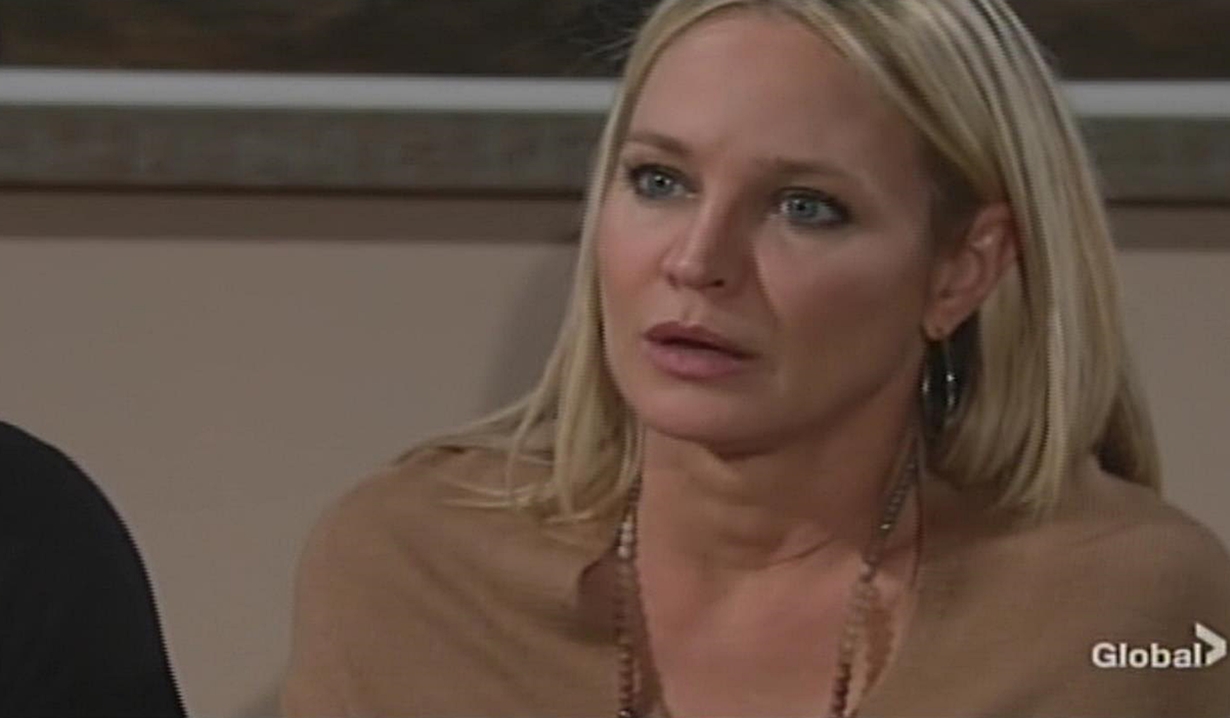 At Nick’s, he tells Faith they shouldn’t assume the worst about Sharon but Faith senses he believes she’s a patient at the breast cancer center and asks him to find out what’s going on. Nick agrees and they embrace.

At the breast cancer center, Rey agrees to take notes. The doctor enters and Sharon wants her to be completely honest. She asks, “Can I beat this?” The doctor says there are no guarantees, but she believes she has a good chance of beating it. Sharon learns her cancer is stage II and chemotherapy and surgery is recommended. They’ll start with chemo first to reduce the size of the lesion, which may reduce the invasiveness of the surgery. Sharon asks about mastectomies. The doctor counsels there’s no advantage to a proactive mastectomy in her case. Sharon asks, “When do we start?”

On the private jet, Tessa plays a song through the phone for Mariah, who feels it’s different. Tessa’s been writing with Tanner. Mariah thinks it will be a monster hit. Tessa says it’s been crazy, and Tanner gets treated like royalty – they’re going to a bash on a private yacht.

In Society, Mariah disconnects from Tessa and shouts to Summer – she almost didn’t recognize her without her matching poodles, Kyle and Theo. Summer doesn’t feel like sparring today. Mariah asks what’s bugging her. Summer confides that Kyle is letting Theo get to him and if he’s not careful his whole life could blow up. Mariah thinks they’re big boys and can handle their own business and questions if she wants them fighting over her instead of Lola. Summer’s irked – she’s trying to be a good friend to them and worries there’ll be an explosion. Mariah will talk to Kyle.

Lily appears to a pleasantly surprised Billy on the patio at Crimson Lights. He feels bad about his role in the breakup of her marriage but she’s not angry with anyone. She talks about prison making her see things differently and the women inspiring her. Lily senses something’s wrong and Billy wishes she could pass on some wisdom to him. Lily feels she’s finally become the person she was meant to be, and Billy notes no one’s trying to fix her. Lily questions if he’s okay again and he deflects back to her. Lily touches on the accident being her responsibility but says she’s moving forward. Billy learns she’s meeting Jill and they part ways. Billy calls someone to meet. 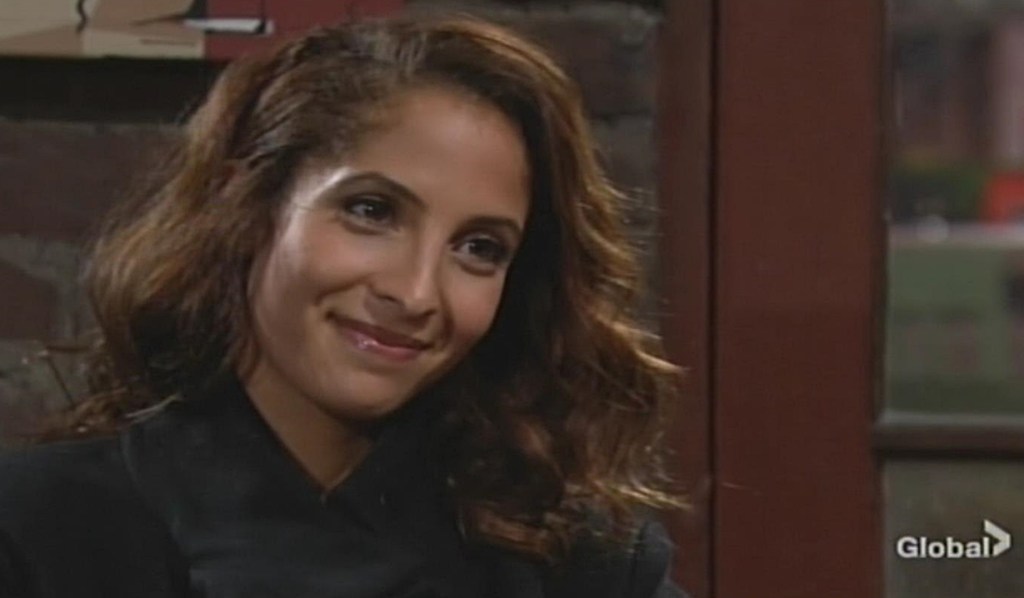 At Grand Phoenix, Phyllis has another proposition for Chance. Abby watches them with concern. Phyllis thinks Chance should hire her for his new business – she could help with the website and marketing. Phyllis moves in close to pass him as she walks over to meet Amanda. Abby joins Chance and warns he’s dancing with a cobra. Chance says he can handle Phyllis, but Abby muses there’s a graveyard full of men who thought that. She invites him to visit Phyllis’ ‘crazy playground’ if he likes since they’re not serious. Chance asks Abby for a date, but she’s busy. Across the room, Phyllis admits to Amanda that she had a plan to take back the hotel, but she’s changed her focus. Amanda asks what she has her eyes on. Phyllis is interested in a security business. Amanda has to go, and Phyllis suspects she has a date. The redhead rejoins Chance to banter, then turns her behind to his face as she walks off. 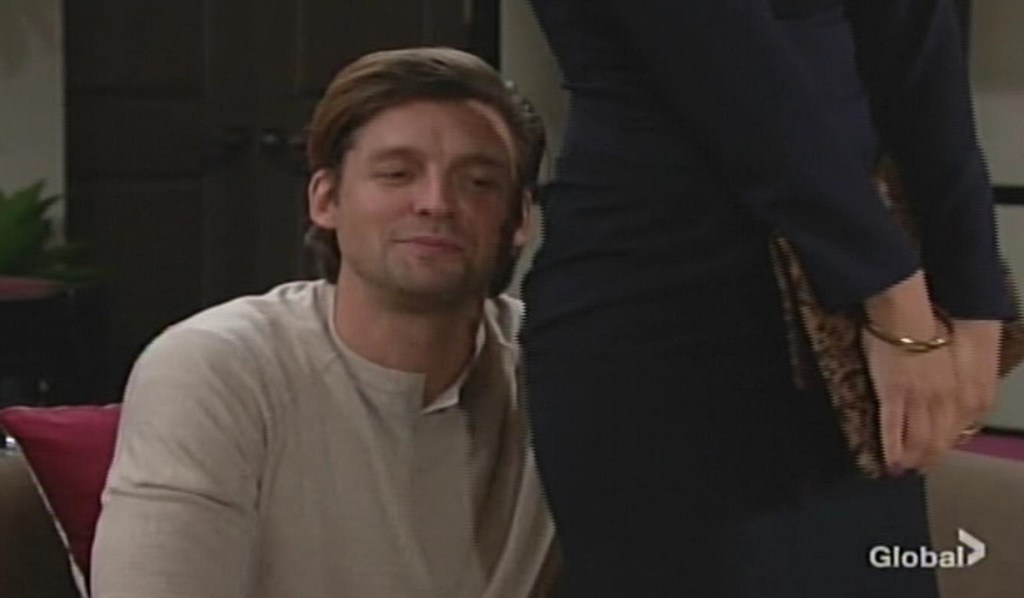 At home, Sharon asks Rey to go get the book the doctor recommended. Once alone, she cries. There’s a knock – it’s Nick. She hollers she has a cold, but he knows different and asks her to open the door. She does. Sharon learns Faith found the note. Nick soothes that a lot of people care about her and want to know what’s going on. Sharon admits she has cancer and brings him up to speed before breaking down again. Nick assures her it will work out. Sharon’s dreading telling Faith. Nick notes she already suspects and is strong…her mom is too. Sharon will tell the kids but doesn’t want anyone else to know. Rey returns. Sharon says, “Nick knows.” Rey replies, “Good.” 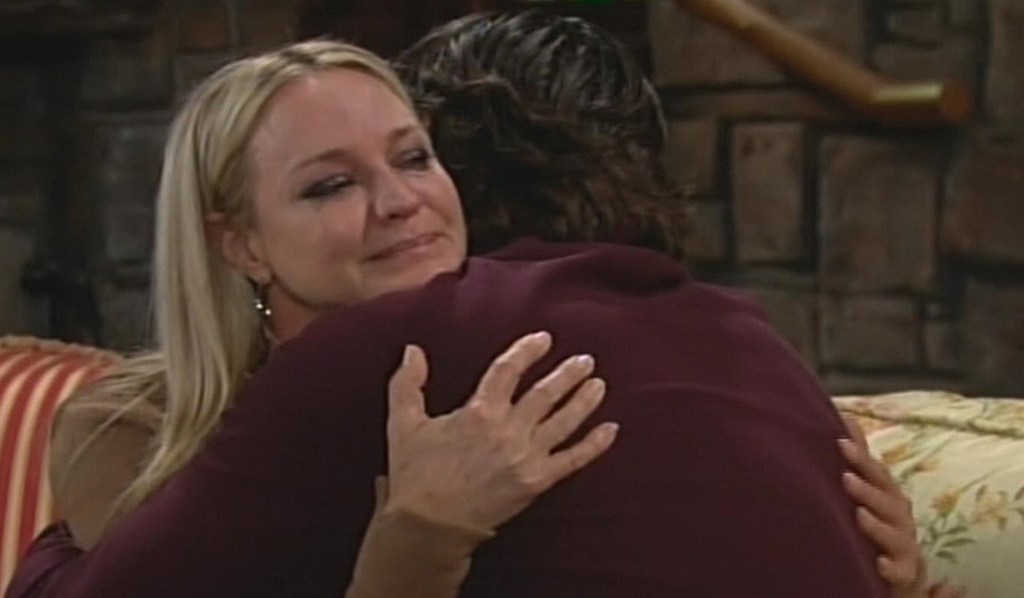