Faith Discovers Sharon Has Cancer After Snooping and Tells Nick

Wednesday January 15, 2020: On Young and the Restless today, Sharon tells Rey she has breast cancer, Kyle becomes jealous, and Connor confronts his fear. 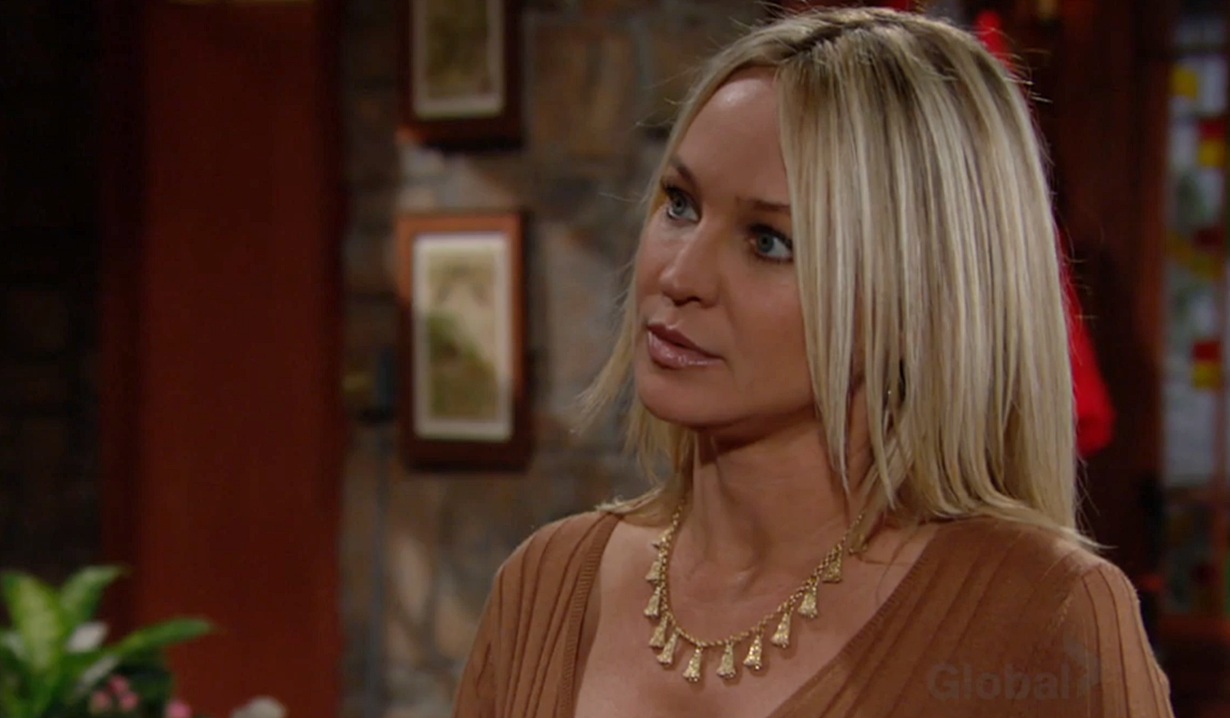 At Sharon’s place, Rey assures her she can tell him anything. She never thought she’d be saying these words and reveals she has breast cancer. She explains she found the lump on New Year’s Day and called her doctor right away. Sharon details the mammogram, ultrasound and biopsy, which confirmed a malignant tumor. Rey understands her distraction now. Sharon doesn’t want anyone else to know. Rey wants to go to her next appointment and Sharon agrees. She tears up thinking of asking her chances of survival. Rey’s embraces her.

At Crimson Lights, Nick questions Chance about Adam and Vegas. Chance explains they were in the same place at the same time. Adam went by Spyder and didn’t remember Adam Newman. Nick worries about Abby, and Chance assures him he won’t hurt her. Nick asks Chance to oversee high-tech security systems in his New Hope buildings. Chance accepts the job.

At the Grand Phoenix, Chelsea thinks Abby’s bothered by her getting back with Adam. Abby snarks, “Pick a brother, any brother. Why should I care?” Chelsea hates that their happiness is coming at Nick’s expense, but explains Connor is coming to confront his fears about the hotel. Adam and Connor enter. They assure him the bad man is in jail as Phyllis arrives. Abby explains what’s going on. Phyllis hopes Connor’s okay. Abby notes it’s the one thing they all agree on. Chance arrives at the hotel and tells Connor he handled himself like a pro in the tense situation. Connor’s surprised to hear Chance was scared too. Chance assures him it’s safe to come here – he even lives there. After Adam takes Connor to the game room, Chelsea thanks Chance. Phyllis catches up with Chelsea at the bar and expresses well-wishes for Connor before snarking about her running to Adam after dumping Nick. Later, Abby warns Chance the more distance he keeps from Adam the better. She gets called away and Phyllis joins Chance to advise he not start a relationship with secrets. She flashes some leg and wants to hire him. Abby returns and Phyllis tells Chance, “See you soon.” Meanwhile, Connor decides he’s okay with Chelsea being there which makes her happy. 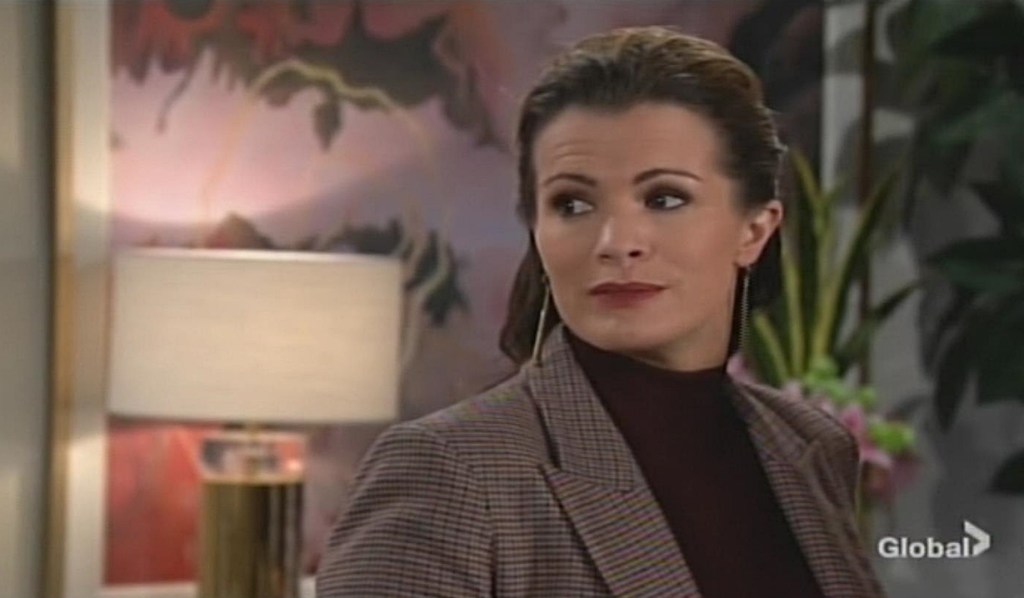 At Jabot, Kyle tells Summer he’s heading for Society. Summer reminds him they need to firm up their trip to San Francisco next week. They decide to discuss it at the restaurant.

Lola perks up as Theo arrives at Society seeking a table. He excuses himself and hugs a brunette woman that enters. Lola gets a strange expression. Theo notices her watching them. Soon, Summer and Kyle arrive and greet the woman with Theo, Leann (played by Christina Wildes). After she leaves, Lola learns she was a social media influencer. Theo joins Kyle and Summer. Kyle takes Lola aside and questions if she was bothered thinking Theo was on a date. She advises him to rein it in. Kyle rejoins Summer and Theo, who learns of their upcoming business trip and urges them to visit Portland as well. Kyle fumes about Theo wanting him out of the way. Summer sends Kyle to the kitchen and Summer complains Theo doesn’t know when to stop. In the kitchen, Kyle needs Lola to open her eyes and rants that she gives Theo a pass every time. Kyle leaves the restaurant and Theo needles Summer that if she had her way, Kyle and Lola would be fighting over her.

Faith enters Sharon’s house and asks if something’s wrong. Rey says he has a tough case then exits to start the car for takeout. Faith asks Sharon if that’s all that’s going on. Sharon insists she’s fine and leaves to get takeout with Rey. Once alone, Faith finds Sharon’s note with the oncologist’s name and phones Nick to meet her at the ranch. Later, Rey assures Sharon he’ll be there for her tomorrow and every day after that. 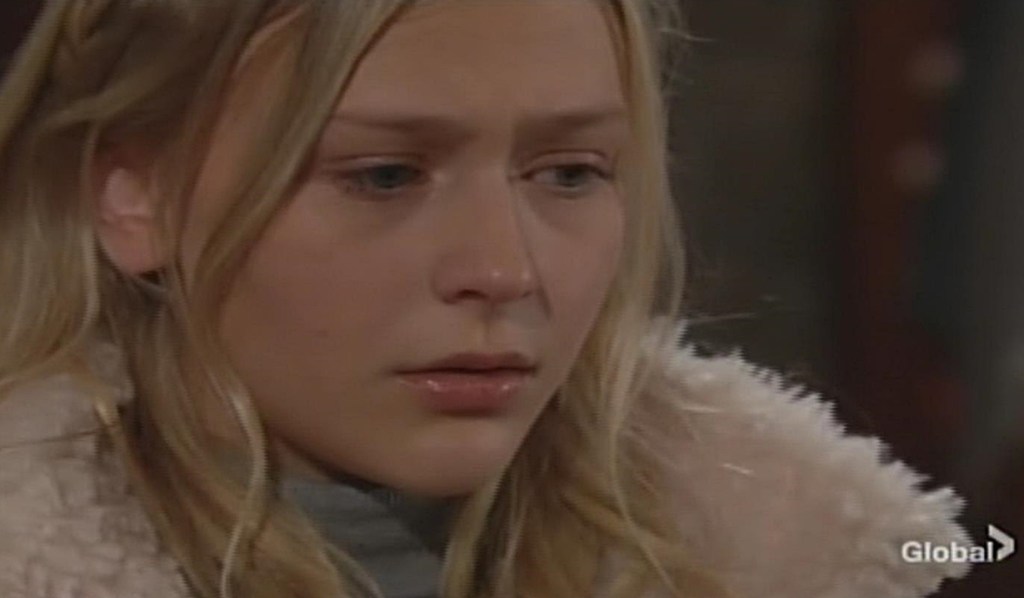 Nick arrives at the ranch, where Faith is alone and upset. She reveals she snooped because she was worried about her mom. Nick asks what has her so freaked out. Faith shows her the photo she snapped of the doctor’s name at the breast cancer center.

Billy Lies to Victoria After She...

Nick Learns Sharon Has Cancer As She...