Tuesday January 14, 2020: On Young and the Restless today, Tessa and Tanner work on a song, Sharon waits for her biopsy results, and Lily learns Devon's plans for Cane. 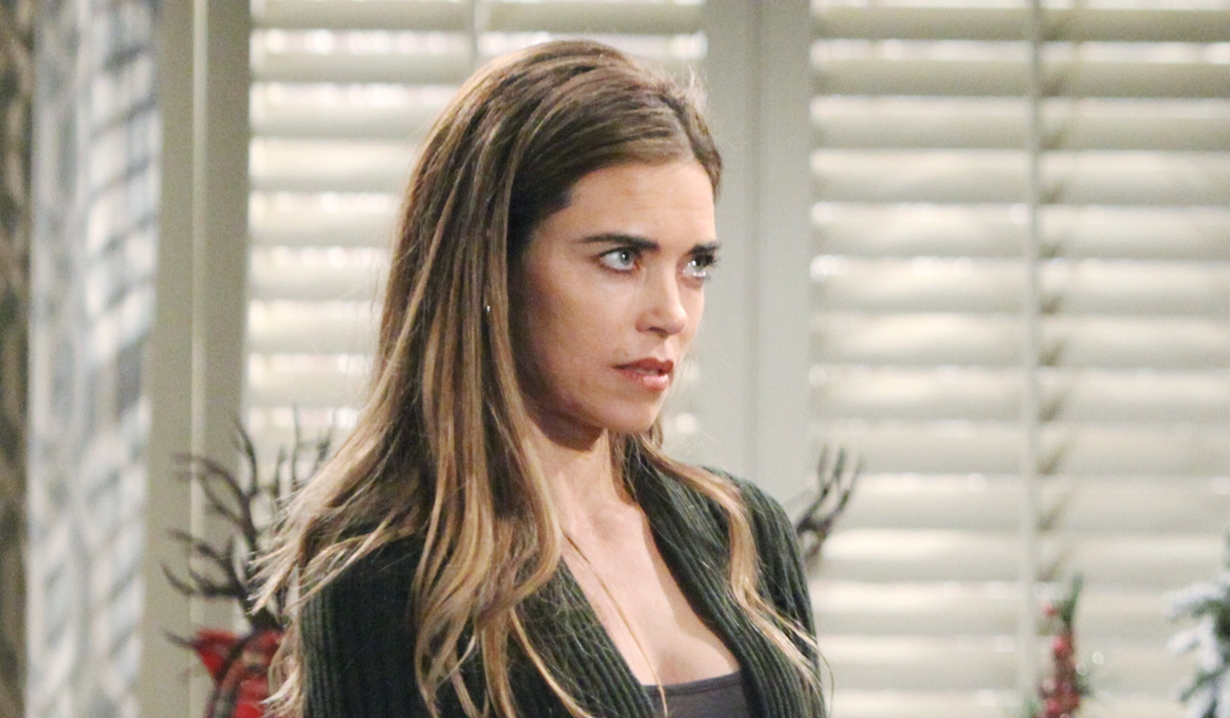 At home, Billy takes a call from his consulting employer as Victoria kisses his head and leaves.

At Society, Devon learns Mariah hasn’t talked to Tessa yet and doesn’t feel she’s that great at being supportive. Devon wonders if she’s nervous about her being with her ex-husband. Mariah is unconcerned – she works with someone she had a relationship with. Devon figures Tessa misses Mariah too. Talk turns to Elena and Mariah teases Devon about taking relationship advice from her. Devon suggests she focus on adding some new clients and Mariah suspects he’s hinting she’s not working hard enough.

On a private jet, Tanner goes over suggestions for the set list with Tessa. She appreciates the advice. He reminds her to have fun out there. Tessa marvels at him being a mega-star. He likes having someone around who understands, and who will kick him in the pants if he needs it. Talk turns to people getting lonely on tour and slipping up. Tessa says, “Not me.” Tanner’s glad, they don’t need drama. They end up working on a song together. As the plane lands, Tessa takes a call from Mariah – they express how much they miss one another. 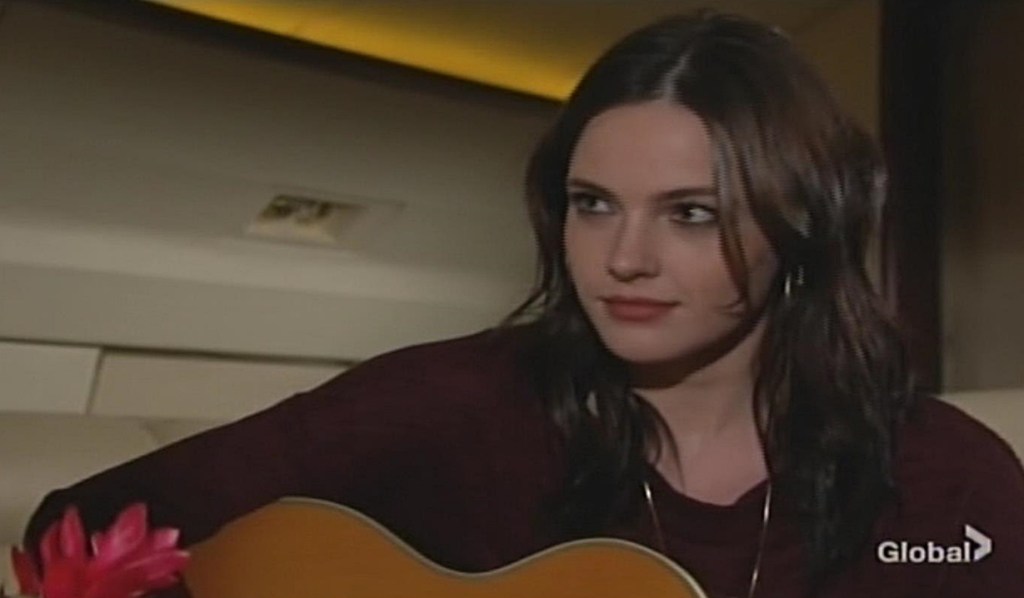 In Crimson Lights, Sharon greets Lily, who is with Jill. Neil comes up and Lily tells them the twins are in Europe visiting Cane. Jill rants about Cane’s father. Sharon leaves them to talk. Lily assures Jill that no one blames her for Colin’s actions. Jill suggests Lily join Cane and the twins overseas, but Lily warns her she’s moved on and is dating. Jill will always consider her family. On the patio, Rey checks in with Sharon and suggests a trip to Miami. Sharon wants to run it by Nick and Faith first. Once alone, she pulls out her phone. When her only call is from a telemarketer, she decides to leave.

Nikki joins Victoria at Newman Enterprises and relays Victor seems content in retirement. Vikki still worries about Billy and confides he has shifts in his moods and is romanticizing his wild side. Nikki learns Billy stopped his therapy and is concerned he’s rationalizing. Victoria loves him but this is exhausting. Nikki notes only she can decide if it’s worth it. Victoria says of course it is, but she gets tired. Nikki understands Billy’s point of view as well and advises her against constantly caretaking. Victoria worries what else he may be hiding.

At Grand Phoenix, Amanda is glad to see a friendly face and explains to Billy she’s worried people won’t hire her because they’re afraid of offending Devon. Billy knows Colin screwed her over and now everyone is judging her – he knows what it feels like. He describes being put on the defensive by Victoria after her trip and feels he ‘overpromised’ when he said he’d be her rock. Amanda suggests he talk to Victoria about it, but he’d feel he’s letting her down. She assures Billy he’s not broken.

Lily arrives at Devon’s penthouse, where he updates her on Tessa’s tour, New Hope, and Elena. She asks about Colin. He mentions a few leads then asks about her. Lily talks about dating and Devon jokingly offers to have Chance screen her dates. Lily senses Devon is reluctant to discuss the investigation and realizes he still suspects Cane. She asks Devon what he’ll do if he discovers he was involved and worries about prison. Devon feels Cane would deserve it and asks what Lily would expect him to do. Lily thinks he could work something out with Michael so he’d get a chance to redeem himself. Devon says he’s had enough chances and adds if either he or Amanda is lying, he’ll show no mercy. 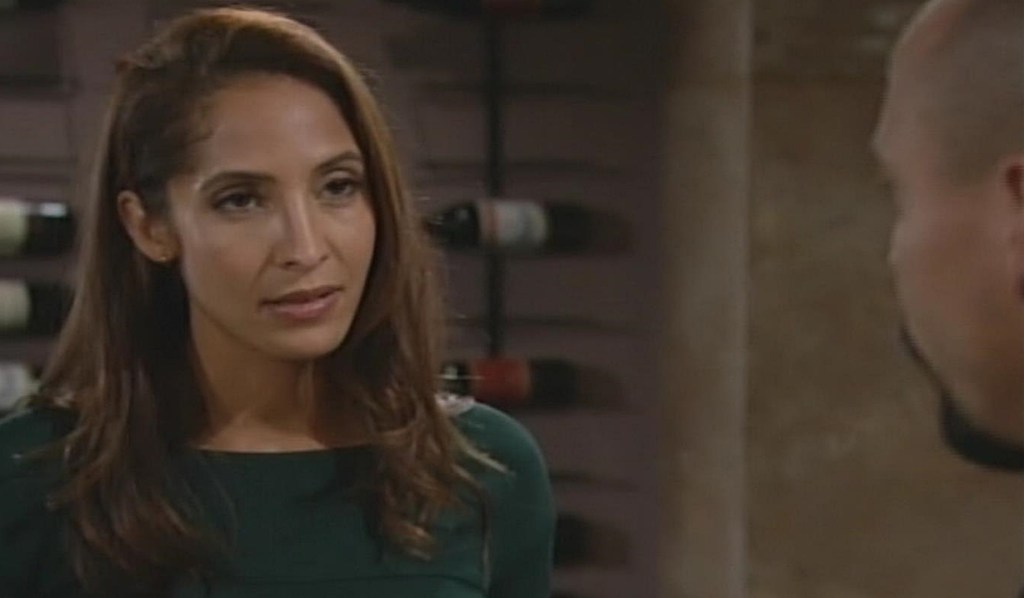 At home, Victoria calls for Billy then finds a receipt from the dive bar in his jacket. Billy arrives and lies he had drinks with a client there.

Sharon’s phone rings at home. She takes a deep breath, answers, and asks the doctor if her biopsy results came back. Later, Rey enters and Sharon seems startled. She agrees to go for a walk, then says there’s something she has to tell him.