Monday January 13, 2020: On Young and the Restless today, Devon speaks candidly to both Elena and Amanda, Chelsea and Adam face another problem, and Sharon snaps at Faith. 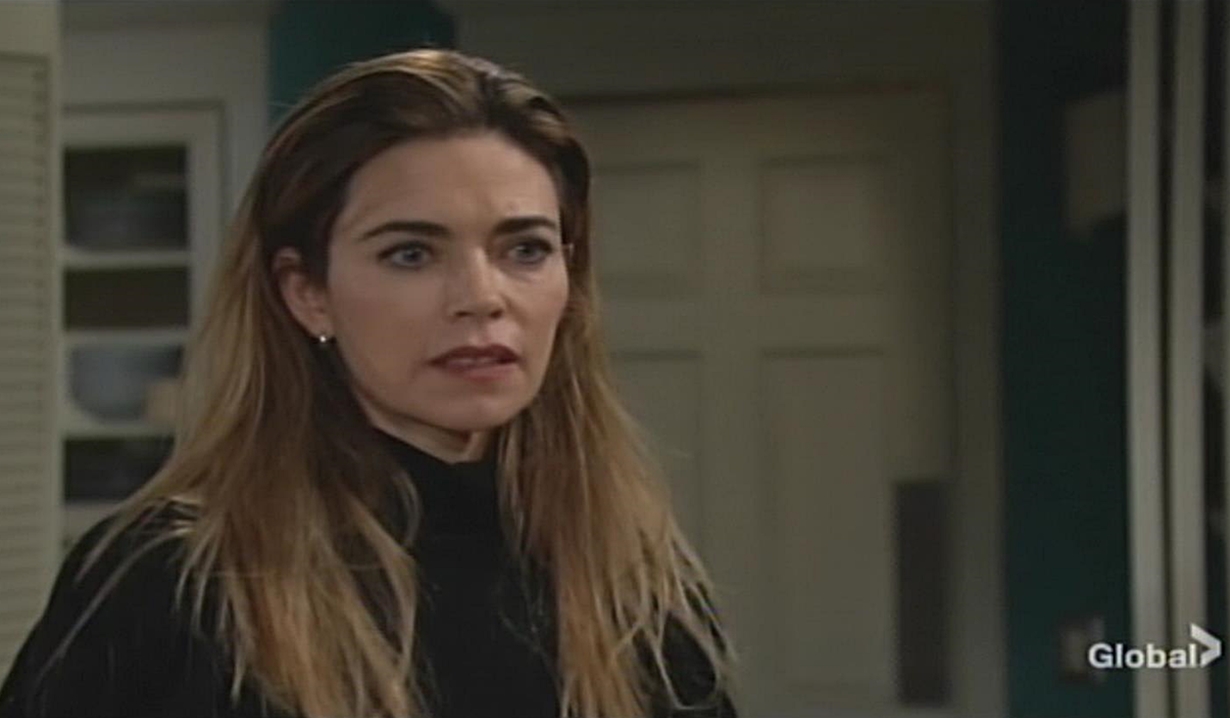 Adam and Chelsea canoodle in the penthouse. Chelsea thinks this feels right. Connor appears and has plans. After dressing, they find Connor has breakfast and cards set-up. When Chelsea has to go to work, Connor doesn’t want her to go there after what happened. Chelsea and Adam whisper about how to handle this. Adam wonders if she should stop working at the hotel. Chelsea wants guidance from the therapist, but knows that together they can get through anything.

At home, Victoria learns Billy’s consulting job wrapped up and suggests he needs something more challenging. Billy bristles. He enjoyed having space while she was gone to reflect. Victoria was hoping he could sort things out. Billy mutters, “Sort things out…” Vikki wonders if there’s something he wants to say. Billy relays he’s stopped seeing his therapist. Victoria’s perturbed he didn’t tell her, then concerned. Billy knows what’s best for him – living a life instead of analysing it. Victoria reminds him he tried to run down Adam. Billy’s moved on. Victoria is seeing warning signs, but Billy wishes she’d stop trying to fix him. He advises that pretending to be who she wants him to be is taking a toll – he’s reluctant to talk to her about things. Victoria asks if he’s sure everything will be okay. Billy reassures her. They cuddle and Billy thinks to himself that she sees him as damaged goods. He’s not sure the person she loves is him, or if he even knows who he is, but he’s starting to feel really good. 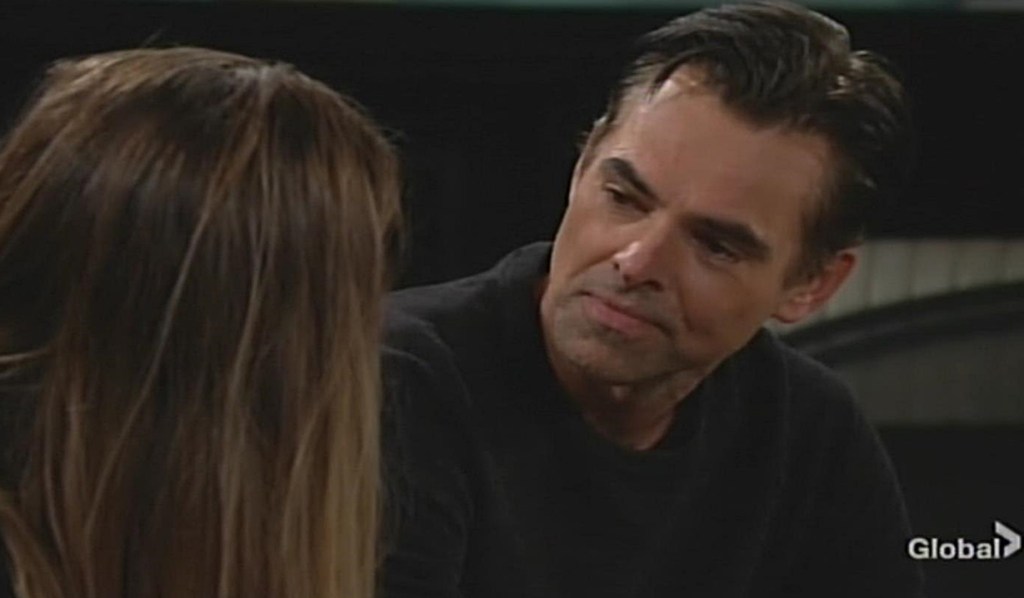 In her living room, Sharon hides the biopsy paperwork when Faith appears. She’s distracted and snaps when Faith asks if she’s listening. Sharon’s apologetic and Faith hugs her before saying has plans with Nick and is meeting him at the main house. After, Sharon puts on her coat and leaves.

At home, Nick takes a call from Faith, who asks him to come get her at the ranch – there was weirdness at Mom’s. When they return home, Faith explains Sharon snapped at her and is tense. Nick takes a call about New Hope, so Faith phones her mom but gets voicemail. When Nick and Faith return from shopping, she tells him she knows break-ups can be tough and is there if he needs to talk. Nick asks how she knows about break-ups. “You need to start talking young lady.”

At the penthouse, Devon admits to Elena he’s been fixated on Amanda because she looks like Hilary – he was thinking about her way too much and intentionally trying to run into her. It was unhealthy and brought up irrational feelings. Elena thinks it’s human and is glad he told her the truth. She wants to help him through it – she’s there for the long haul. Elena blames Colin for all of this. She loves and admires Devon and vows they’ll honor Katherine’s wishes. Devon mentions Chance’s old team picked up Colin’s trail, but agrees he’ll be fine whether Amanda’s involved or not since he already has everything he needs. They kiss. 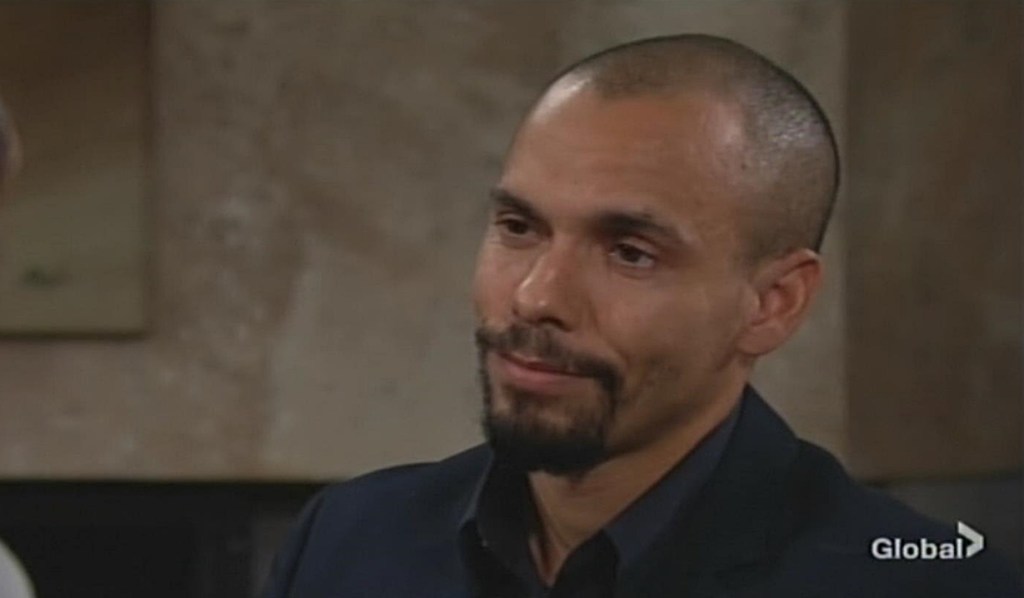 In the doctor’s office, a nurse advises Sharon that the procedure is minimally invasive. Sharon lays down and coaches herself to have a positive attitude. Afterward, Sharon has a text from Rey thinking about her and a voicemail from Faith who loves her.

At Society, Amanda enters after Devon wraps up a meeting. She’s staying in town and notes this will keep happening. Devon asks her to sit and admits he’s been on the attack and looking for reasons to confront her – it wasn’t just about the will, it was about how much she looked like Hilary. He got obsessive and is sorry. Amanda notes that couldn’t have been easy. He hopes they can peacefully co-exist and can deal with it if she helped Colin, he just wants to know where to find him. Irked, Amanda just wants to be done with this and hurries out. Devon thinks, “That wasn’t a denial.”

Sharon arrives at home just as Faith and Nick arrive and hides the biopsy papers as Nick and Faith banter. Faith wants to show her what they bought, but Sharon needs a nap. Faith and Nick exchange a look. 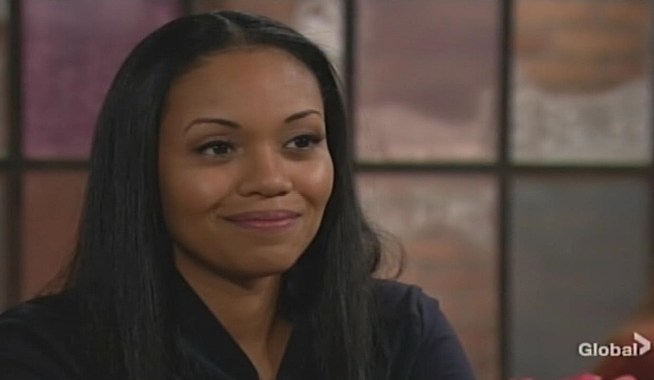 Amanda Opens Up to Billy About Her Controlling Ex 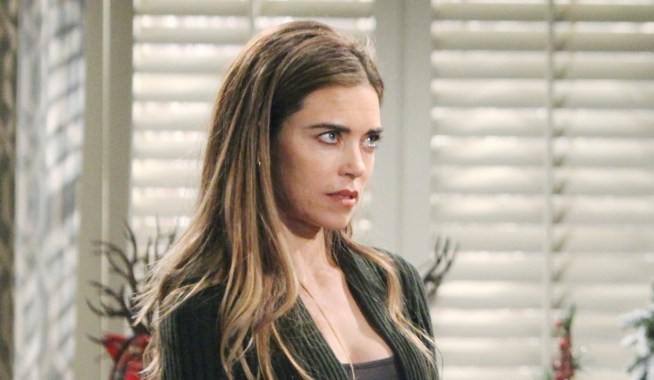