Wednesday January 8, 2020: On Young and the Restless today, Devon extends a job offer, Chloe shares her happy news, and Adam visits Victor at the ranch. 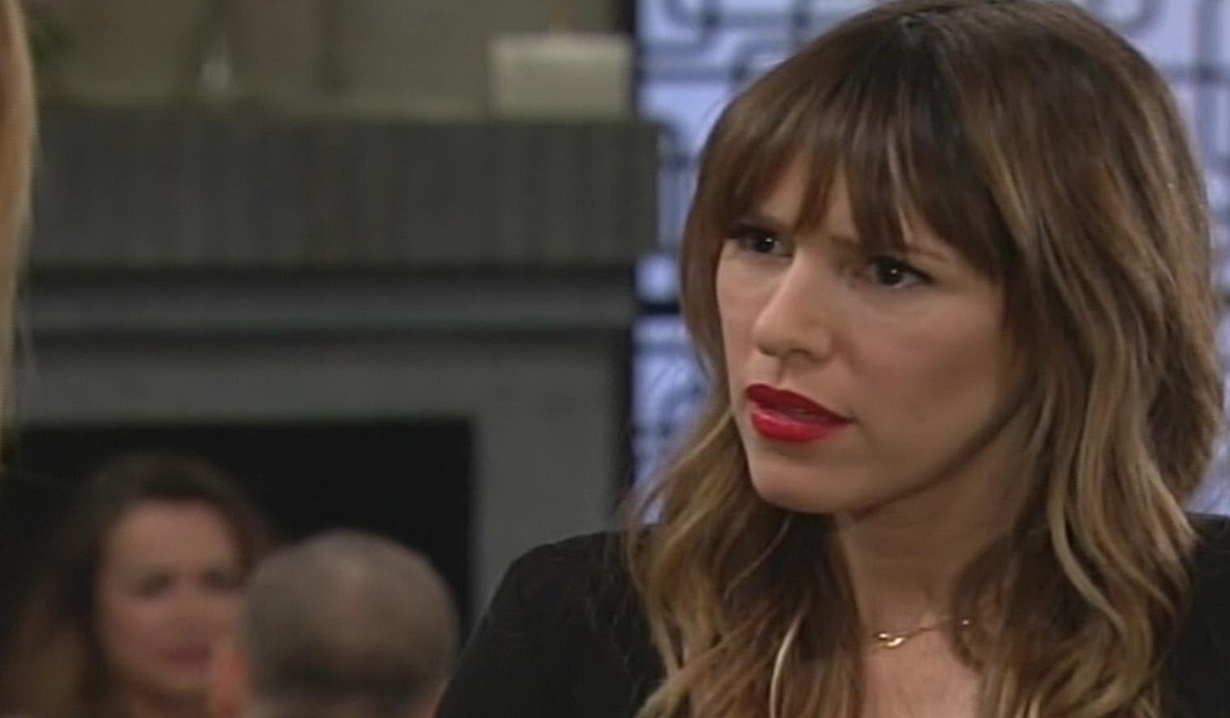 At Jabot, Lola appears with a cake and Jack and Summer yell, “Surprise!” Summer presents Kyle with a framed photo of them as kids. Jack has a hockey autograph coming. Kyle thanks them and is about to make a wish when Theo enters. He’s not upset at being excluded and has a gift for Kyle – the latest social media numbers are through the roof. Jack’s pleased and Kyle snarks it’s the best gift ever. Lola pulls Kyle outside and points out she let it go when Summer’s gift bothered her – she suggests he do the same with Theo. Kyle kisses her goodbye. He re-enters the office as Theo admires the photo of Kyle and Summer.

At Grand Phoenix, Chloe chides that Billy’s back to being the man they all know and love. He thinks, “Which Billy is that? Which Billy do you want me to be this time?” They sit and Chloe tells Billy that Delia’s going to have a new baby brother or sister. Billy congratulates her and wonders about her secret to being so happy. Chloe admits she still sometimes cries herself to sleep and asks if everything’s okay with him. Billy feels he’s a work in progress. 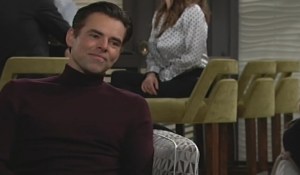 Chelsea appears and Chloe goes to her. Billy starts to text Victoria, but deletes it and contacts Amanda instead. At the bar, Chelsea hugs Chloe upon learning she’s pregnant and says she also has news. Chloe guesses she and Nick are getting married, but Chelsea relays they’ve split – she and Adam are giving it another shot. Chloe’s stunned – he has broken her heart more than once! Chelsea insists Adam has changed but Chloe argues he hasn’t and is a sociopath. She calls Billy over to talk sense into her. Billy speaks to Chelsea alone. She explains the pull between them despite the dark history. Billy feels it’s her life, she gets to choose how to live it. After, Chloe’s disappointed at Billy’s approach and complains Chelsea’s ‘truth’ is insanely wrong. He says sanity’s overrated.

At Society, Abby informs Elena her takeout order’s been canceled then gestures to Devon, who has set up a real date in the dining room. They hold hands and talk about Sasha and Joy settling into the apartment thanks to New Hope. Elena has an idea how to help more but doesn’t want to overstep. Devon encourages her to share. Elena talks about putting a clinic in the building for the residents. Devon loves it. 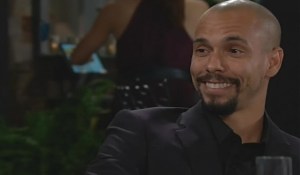 When Elena takes a call, Abby joins Devon, who reports they haven’t found Colin and don’t know why Amanda’s stayed in town. Abby shrugs; she’s been a model guest. She questions if Cane should be the one investigating his father. Devon has the feds and Interpol involved. Abby mentions Chance and divulges they’re dating; he’s starting a Genoa City security firm. Elena rejoins Devon, who has another great idea. He calls Chance to offer him a job keeping tabs on Amanda Sinclair.

At the ranch, Victor’s disappointed Adam didn’t bring Connor to visit. What Adam has to discuss may not be suitable for him to hear. Victor knows Chelsea and Nick split up and guesses she’s going back to Adam, who confirms he has his family back. Victor muses about her history of rebounding but Adam insists she chose him a long time ago. 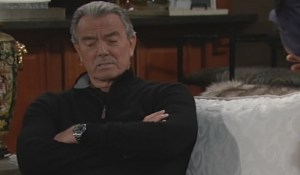 Victor wonders at his lack of humility. Adam is there to discuss Connor – he wants him to have a good relationship with Victor but wants to ensure they’re not excluded from holidays. Victor reminds him he pulled strings to have Connor readmitted to Walnut Grove. Adam responds they’re exploring other options. Victor asks about Chelsea being stable – she’s a con artist and thief. Adam warns him to stop. Victor maintains Chelsea is who she is and will do what she’s always done. Adam will break every rule in the book to protect his family – he learned that from him. Victor smirks, “Good luck, my boy.”

At the penthouse, Adam updates Chelsea on Victor including them in Newman events – it was good.

Phyllis opens up to Nick.

Mariah Urges Tessa to Tour With...