Mariah Urges Tessa to Tour With Tanner After Talking to Sharon

Tuesday January 7, 2020: On Young and the Restless today, Billy questions his friendship with Amanda, Theo makes an accusation of Summer, and Lola celebrates Kyle's birthday. 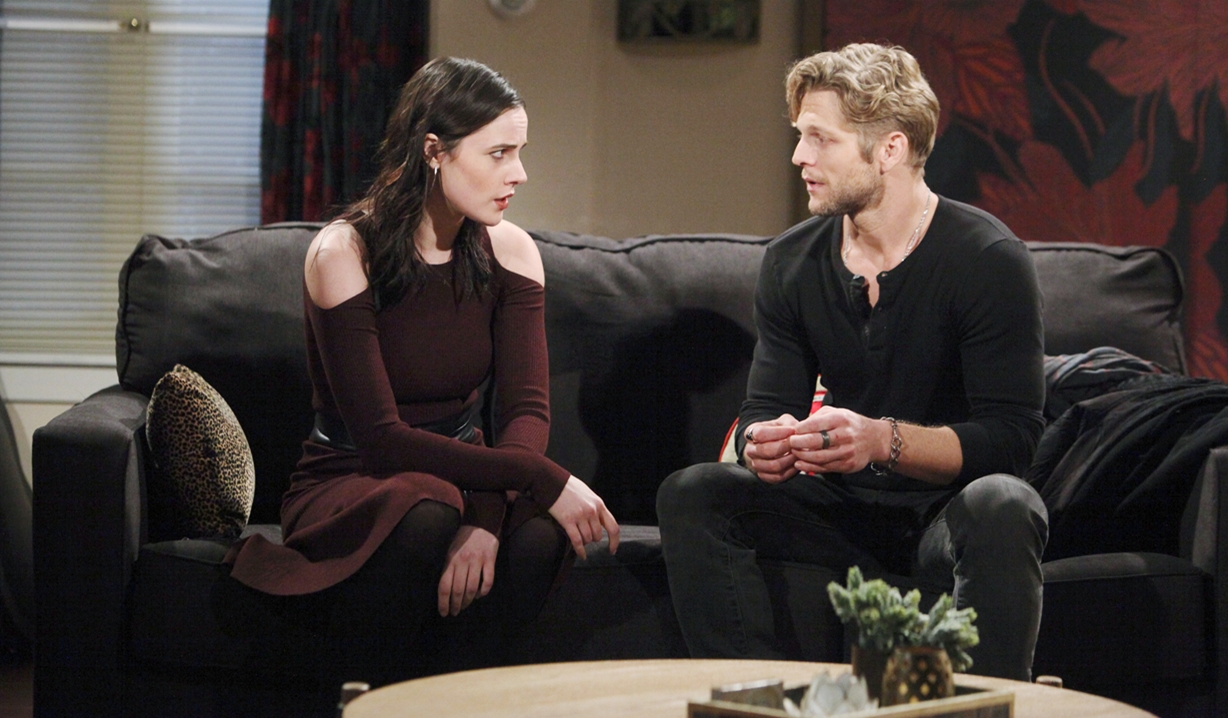 On the Crimson Lights patio, Sharon gets the scoop from Mariah on Tessa being asked to go on tour with her ex-husband. Sharon agrees a lie of omission is still a lie, especially about something so significant and Tessa should have told her when she first got Tanner’s text. Sharon counsels Mariah to trust herself and they hug. Mariah doesn’t know what she’d do without her to talk to.

At her apartment, Tessa tells Tanner she needs time to consider going on tour with him. Tanner asks what’s holding her back – is it her girlfriend? Tessa’s offended, then admits Mariah didn’t know about their marriage. Mystified, Tanner asks if she erased him from her history – his girlfriend knows about her. He offers to talk to Mariah, but Tessa snaps, “That’s a terrible idea.” Tanner wants to repay Tessa for her past support. 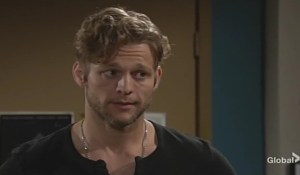 Mariah arrives. Tanner introduces himself but Mariah looks guarded. Tanner talks up Mariah’s support for Tessa, and she smiles. Tessa feels they need to discuss the tour alone. Tanner warns he needs her answer quickly. After he goes, Mariah says, “I think you should do it.” She doesn’t want to be the reason Tessa passes this up. Tessa will decide on her own and Mariah will support her either way. They embrace.

At home, Billy’s put Victoria’s luggage in her car for Singapore and she relays the kids are spending the night at the ranch. She hopes some time alone might trigger inspiration but isn’t pressuring him. Later, Billy starts reading a self-help article online but it’s not what he needs. He texts Amanda to meet.

At the Grand Phoenix, Summer updates Theo that Lola’s planning a surprise for Kyle tonight. Theo guesses they’re headed to Aspen or New York. Summer says he’s way off base. 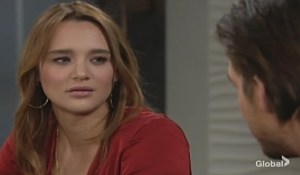 Theo supposes that was the kind of thing she’d have done with Kyle if they’d stayed together – he knows she still thinks about it. He needles about what she’s getting Kyle for his birthday and when she suggests some fun, Theo invites her upstairs. Summer wonders how long he’ll pretend he’s a wild child when he truly wants to emulate Kyle. She calls him out for staying in town for Lola. Theo accuses Summer of hoping he’ll break up Lola and Kyle. Summer says he’s terrible and leaves.

Lola brings a blindfolded Kyle to Society, which is closed just for the two of them for his birthday. Kyle enthuses about getting her all to himself all night. They kiss. 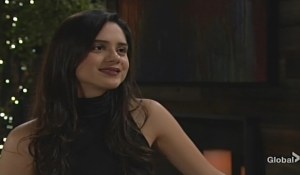 Lola serves his original order from her food truck. Kyle thinks the sandwich is a perfect metaphor – he had no idea how good his life could be until he found her. Lola serves their real dinner as Kyle makes mocktails called January Birthday. They marvel at what’s happened in a year and Lola worries about their honeymoon period ending. Kyle vows they’ll get through anything. He dims the lights and they slow dance together.

Billy beams as he meets Amanda on Crimson Lights’ patio. She talks about needing a new challenge. He suggests she figure out what’s going on between them – why are they friends when they have nothing in common? Amanda has a comfort level with him she doesn’t share with many people and can’t explain it. Billy doubts the only shared experience they have is being in the dive bar when the lights went out. For now, they’ll just enjoy it. They chat and Amanda mentions Phyllis. Billy admits they were together for awhile and it was messy, but she’s cool. Sharon appears – she didn’t realize they knew each other. Billy explains the Victoria and Nate connection after Victor faking his death. Amanda gives him a strange look and leaves. Billy questions why he chose to hide their friendship.