Mariah Wants Answers From Tessa About Her Secret Past Marriage

Monday January 6, 2020: On Young and the Restless today, Chelsea and Adam admit their fears, Nikki learns of Nick's break-up, and Sharon hides what she's dealing with from her loved ones. 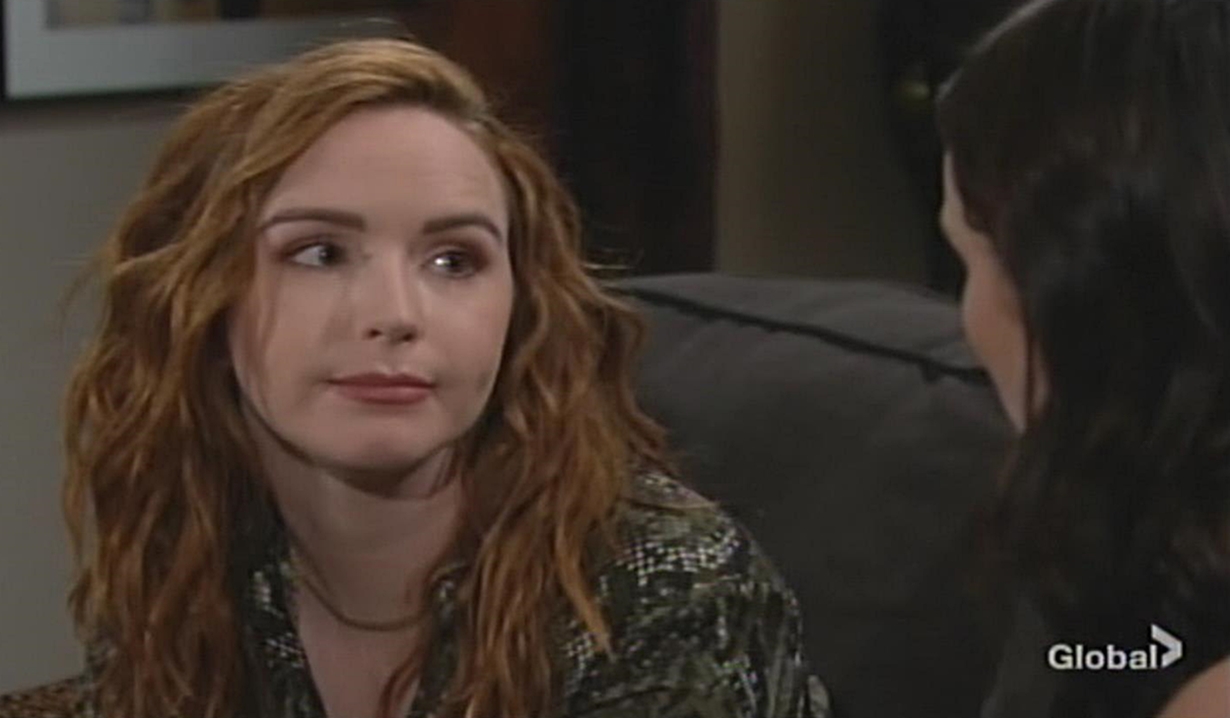 At home, Mariah’s upset that Tessa neglected to tell her she’d been married. She points out ‘come on tour with me’ has a different meaning coming from an ex-husband. Mariah thought they were done with lying. Tessa admits there’s no excuse; when Tanner called, she freaked thinking there was a problem with the divorce. She thought she could fix it on her own. Mariah presumes they were in love, but Tessa wants to clarify their relationship. She explains she met Tanner on the dive bar circuit, and jumped at the opportunity to join his band singing back-up. They were both banged-up by life and connected. They got buzzed in Reno one night and wed at an all-night chapel…but it wasn’t love. Mariah asks why they didn’t get it annulled. Tessa shrugs – they were having fun chasing their dreams. Mariah feels it sounds real…like what they have. Tessa reveals when the fun stopped, they mutually ended it. Mariah yells she still doesn’t trust her. Tessa cries that Tanner meant nothing to her, but she means everything. “Tell me that is enough.” Mariah prepares to leave. She can understand the past, but the second Tanner called was Tessa’s moment to come clean. Mariah needs to think and exits.

In Crimson Lights, Rey thinks Sharon seems nervous. Sharon alludes to things she needs to handle on her own and explains she has an appointment with the coffee man. He wishes her luck and goes. Sharon’s phone dings with her doctor’s appointment reminder. She grimaces. After, Rey returns and is surprised Sharon’s not there. He texts her. When she finally returns, she claims she met the coffee guy at his office. Rey asks how it went. 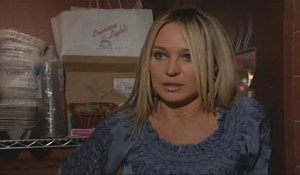 Sharon says it’s unclear; she’ll have to take time to go over what they talked about. She decides work can wait; they’ll have lunch. In the back, she exhales. During lunch, Rey gets called away. Sharon calls to set up a mammogram and ultrasound. Mariah appears, upset, and asks if it’s a good time. Sharon says, “Absolutely.” Mariah has a problem and is scared everything is going to change.

At Newman Enterprises, Nick watches Victoria conclude a call and gathers she’s going to Singapore. Vikki’s still looking for a COO, but Nick declines, then lets her know he and Chelsea are done – he doesn’t know what’s happening with Chelsea and Adam. Victoria offers to tell their parents for him as Nikki appears. Nick blurts, “Chelsea and I broke up.” Nikki speaks to Nick alone and thinks he’s acting like his father pretending he’s not hurt. Nick wants to move on but admits it would be easier if Adam wasn’t involved. 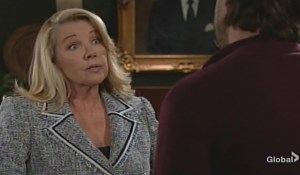 Nikki asks if Adam used Connor’s problems to manipulate Chelsea. Nick thinks he did, but says his concern for his son was real. Nick couldn’t stop the inevitable. Nikki surprises him by saying she believes he’ll be fine, but warns, “Stay away from Sharon, please.” Nick laughs – that’s what Sharon thought Nikki would say. He adds, “Don’t ever change, Mom.”

At the penthouse, after Adam remarks that Chelsea and Connor will be living there permanently now, Chelsea admits she’s nervous to tell their son. Adam assures it will be the last change. Connor appears and they sit him down. Chelsea explains they won’t be going back to Nick’s – they’ve decided to just be friends. Connor asks if they’re a real family again. They tell him they’re building their family so strong it will never fall down. 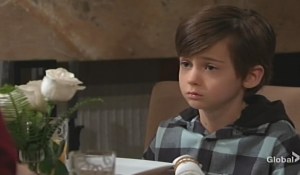 Connor cries happy tears. Later, Adam calls a child therapist recommended by Sharon. Chelsea goes over how determined he is to make things right for Connor. Watching that kind of love is incredible; being the object of it is terrifying. Adam insists he’s realized he must prove himself. She knows how hard he’s trying. Adam knows this is their last shot and he’s scared it will slip through his fingers. Chelsea needs time.

Tessa answers her apartment door to Tanner, who asks if it’s a bad time.

Jack’s plan to support Theo backfires on him.

Mariah Urges Tessa to Tour With...