Thursday January 2, 2019: On Young and the Restless today, Jack toasts to Nikki and Victor, Billy and Amanda spend time together, and Tessa gets an exciting but unsettling text. 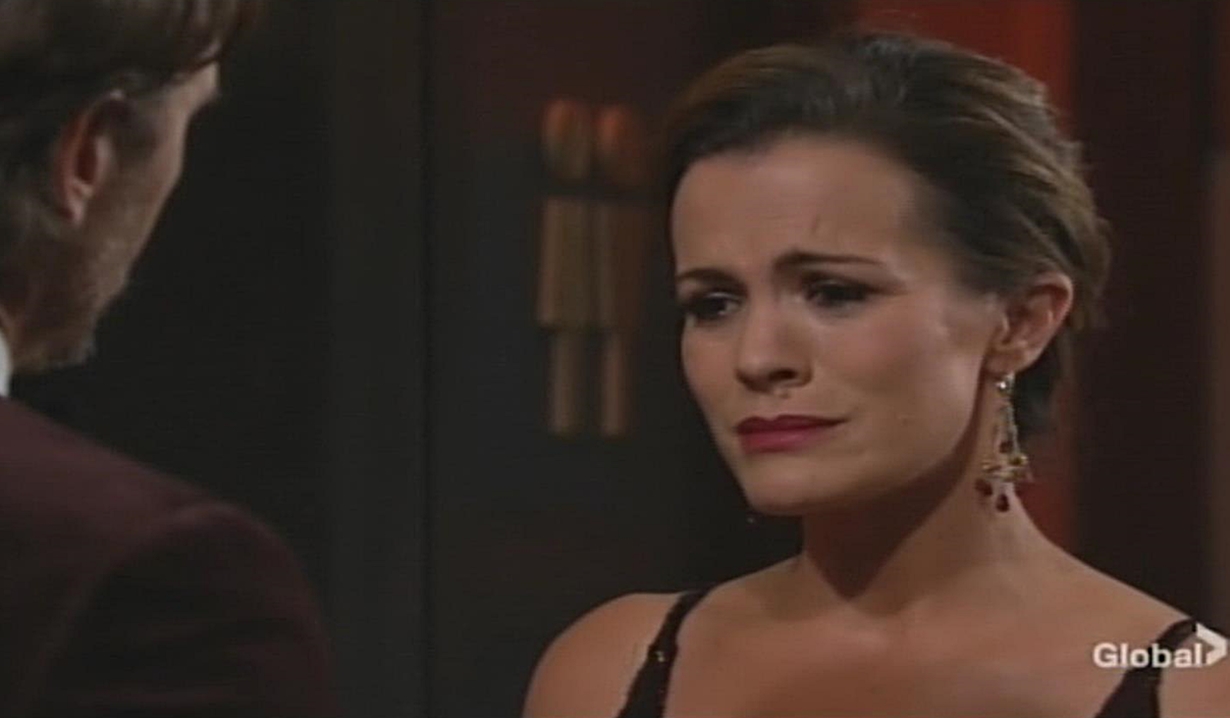 Nikki and Victor greet Abby at Society’s New Year’s bash. Kyle and Jack also appear as Abby declares it neutral territory. Jack and Victor exchange small talk as Kyle goes looking for Lola. In the doorway, Nick and Chelsea greet Chance, then enter. Victor and Nikki wish Nick a happy birthday and are reintroduced to Chance. 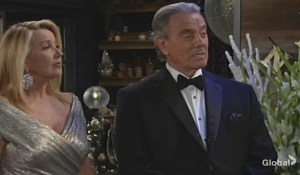 Abby teases it’s nice to have someone there who can keep the peace as Adam appears. By the kitchen, Kyle and Lola canoodle, and Theo arrives as Summer laughs with Victor. Kyle nods at Theo. Elsewhere, Nick’s surprised to see Phyllis enter. The redhead pulls Chelsea aside to complain about Grand Phoenix’s numbers and accuses her of stringing Nick along and not discouraging Adam. Chelsea insists she confronted Adam, but Phyllis isn’t buying it. Summer stops Phyllis as she walks away and suspects she’s starting something to justify going after her father again. Phyllis claims she has no desire to get involved with anyone, but glances at Chance. Victoria rushes in asking Nick what she missed. 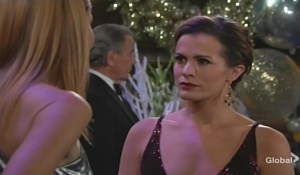 He catches up with Chelsea, who doesn’t want to discuss Phyllis. At the bar, Victor approaches Adam and says his New Year’s resolution is to keep better track of his medication before admitting he’s glad Adam’s looking out for his son and he’s still walking upright – it’s a win. In a corner, Nikki suggests Victoria encourage Billy to go to a meeting. Vikki doesn’t want him to backslide. Nearby, Phyllis tells Chance she’s not like Abby and can keep a secret…when she wants to. By the bar, Nikki tells Adam she’s persuaded Walnut Grove’s principal to keep him there for stability. Meanwhile, Nick confides in Jack that he’s losing Chelsea. He worries they’re together because he’s safe. Victor announces a toast to thank Abby and reflect on the past year. Jack joins in and everyone raises a glass to Nikki and Victor’s anniversary. Victoria stares, distressed, at her silent phone. Nick takes Chelsea aside to tell her it’s clear she should be with Adam. He has to let her go. She gasps her thanks – he’s a wonderful man. They kiss and embrace. Adam sees and leaves. By the bar, Theo chats with Lola, who made his favorite dish, and asks her to dance. Summer intervenes as Kyle approaches. Theo informs Summer he’s setting a new goal – eliminate what’s in his way.

In the dive bar, Billy apologizes for not being more talkative, then reflects that he can breathe and be himself with Amanda. 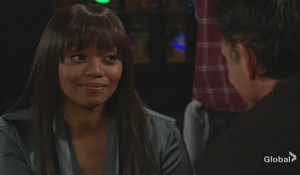 She says he makes her feel the same way. Amanda tells a story about feeling free in high school before entering law school and doing all the right things. Billy can relate to buckling down and believes leaving Jabot was the best move ever – he feels alive. Billy just wants to be himself and Amanda would like to stop feeling the need to be in control. Billy has to go – she has his number if she needs anything.

At Crimson Lights, Rey and Sharon are ready to party as Mariah and Tessa arrive. 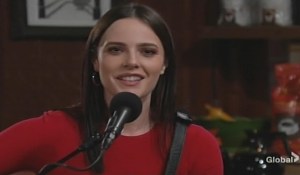 Mariah remarks the entertainment will be amazing and smiles at Tessa. Sharon joins Rey and he thinks it’s a great thing she’s doing for the community by staying open. Sharon introduces Tessa, who performs a song after which Mariah kisses her. As midnight approaches, Tessa gets a text from Tanner Watts. Mariah gapes – he’s a platinum recording artist; it’s amazing he wants to meet. Tessa looks unsettled.

Billy arrives at Society and watches Victoria as Abby announces it’s almost midnight. When the clock strikes 12, Billy joins her. Nikki and Victor kiss, as do Chance and Abby. Nick joins Summer who says 2020 will be their best year yet.

Adam broods at the penthouse. Chelsea enters. Auld Lang Syne plays and fireworks start outside as they clasp hands and gaze into each other’s eyes.

Adam Claims Chelsea Loves Him and...