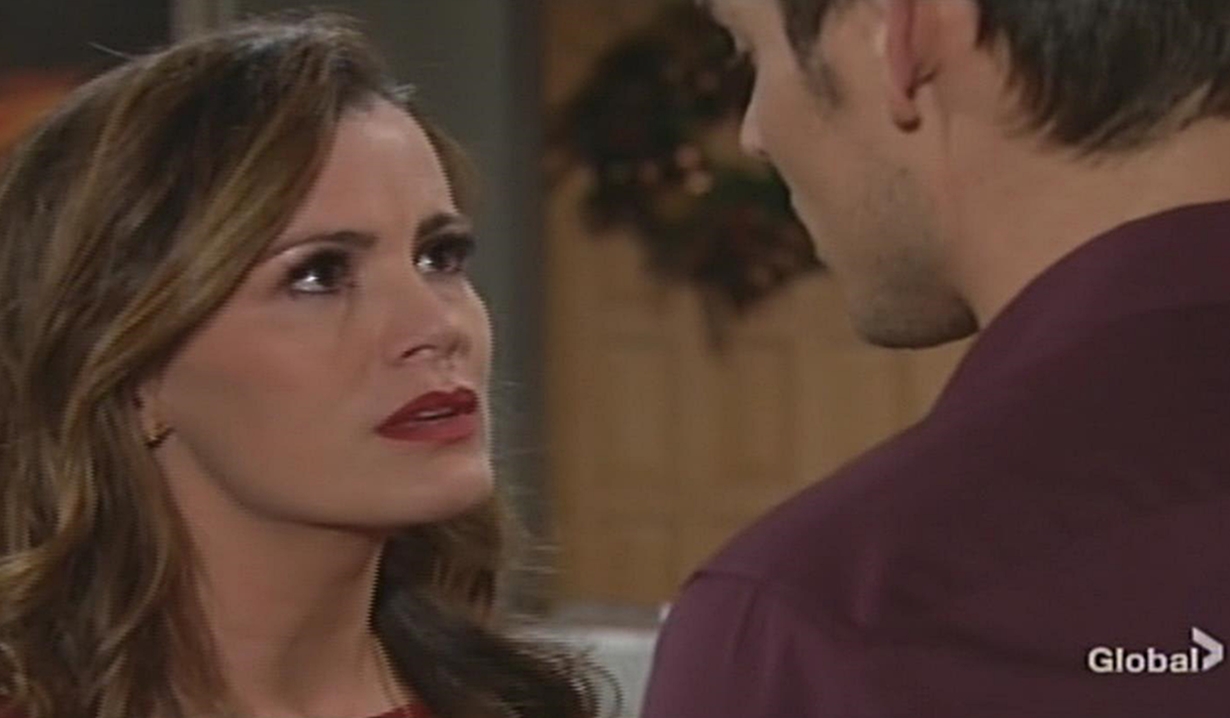 At Nick’s place, he hears a noise – it’s Chelsea surprising him for his birthday. They kiss and she gifts him a framed photo of them with the boys and an empty frame for a photo from days to come. He blows out his candle and she guesses he wished for Adam to get out of their lives. Nick wants to know why she hasn’t left the penthouse. Chelsea cites Connor as the reason, but admits Adam still loves her. Nick’s upset she’s not coming home and seems fine with Adam’s intentions. “He is winning at keeping us apart.” Chelsea protests; she needs Nick’s love and understanding. They’ll see each other later at Society.

At the Grand Phoenix, Phyllis tells Adam he makes her stomach turn. 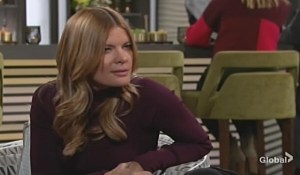 He taunts that he has good news and remarks on her blabbing to Nick, who ran and told Chelsea – it couldn’t have gone better. Phyllis snarks that he’s obsessed with Chelsea and her money. Adam counters she knows everything and didn’t leave the penthouse. Phyllis rants about his treatment of her and claims she’s not interested in Nick. Adam doesn’t buy it and needles that Nick doesn’t love her so she found it easier to give up. They insult each another and Phyllis warns this is her year – everything’s going to change.

At the penthouse, Elena and Devon have postponed their London trip due to the baby found in the Newman stables. 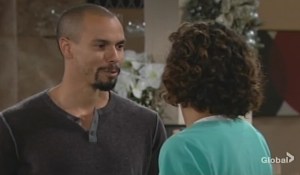 Devon thinks her mother would be proud of her saving others. Elena gets a text from Nikki updating her that Sasha and Joy got an apartment. She’s keen to donated household items. Devon thinks she’s amazing and she talks up his involvement with New Hope. They kiss. Later, Chance arrives to offer to help Devon privately with Colin. Elena forgot her phone and the lady she’s helping texts that the baby’s in trouble. They take off.

At home, Victoria enthuses to Billy about Abby’s party. Billy informs her she’ll have to ring in the new year without him – he has to work but will try to get there to lock lips with her at midnight. 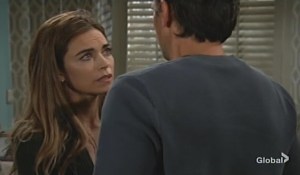 She revisits the New Year’s she found him plastered; she’d save him again. Billy thinks, “If only you didn’t see me as a man who needs to be saved.” Out loud, he speculates what if who he was is who he is? Victoria asks if he’s gambling. Billy says it’s bigger than that – he feels he needs more…time, freedom, excitement and happiness. Victoria thinks he can be fixed. They embrace and Billy looks unsettled. Billy says he’s leaving to meet the executive then texts Amanda to meet and talk.

At the penthouse, Adam shows Chelsea supplies for Oliver and shows her a drawing Connor made of them – his family. Chelsea feels her living there is giving Connor and him false hope. Adam’s irritated, and guesses she’s been with Nick. He knows she’s afraid to admit she still loves him. Adam pulls her into a deep kiss. Chelsea pulls away and warns him not to crash the New Year’s party. Adam’s invited and will see her tonight.

On Crimson Lights’ patio, Faith and Summer treat Nick to birthday muffins and assure him he’s not old. Phyllis appears and joins them. Nick mentions Abby’s party and Summer invites Phyllis, but she has no intention of going. 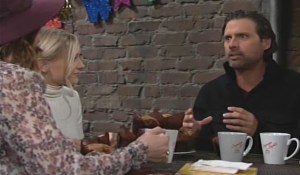 In a moment alone, Phyllis gifts Nick with Brewers tickets. He’s glad they’re friends again. Phyllis ventures inside and spots Chance. She wishes him a Happy New Year. He asks if her resolution is to stop bugging her about Vegas. Phyllis replies, “Not a chance.” She guesses his resolution isn’t to go to the gym since he’s fit. Chance reveals he’s going to Abby’s party. Phyllis announces she’ll see him there. On the patio, Summer sends Faith inside then asks Nick about Chelsea and offers him a hug.

At the hospital, Devon tells Sasha the medical bills are taken care of, and she laments leaving the baby at the Newmans. He assures her the baby will be fine and she’s not alone anymore. Elena appears – the baby’s fever is down. Sasha hugs her; it’s the miracle she was hoping for, then thanks Devon. 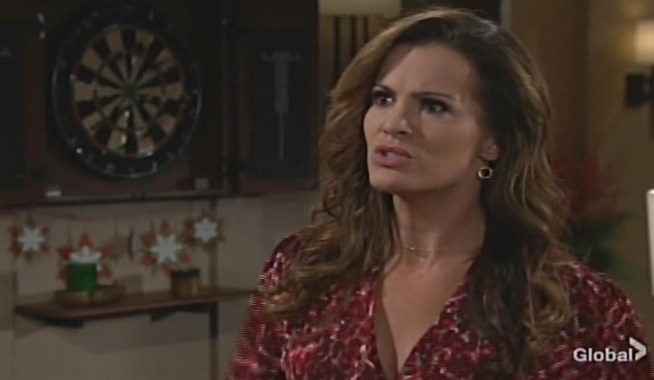 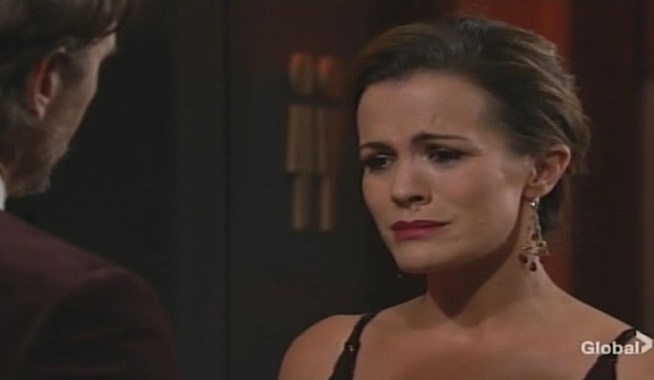