Tuesday December 31, 2019: On Young and the Restless today, Jill reacts to Chance's plans, Phyllis repairs a friendship, and Kyle and Theo argue. 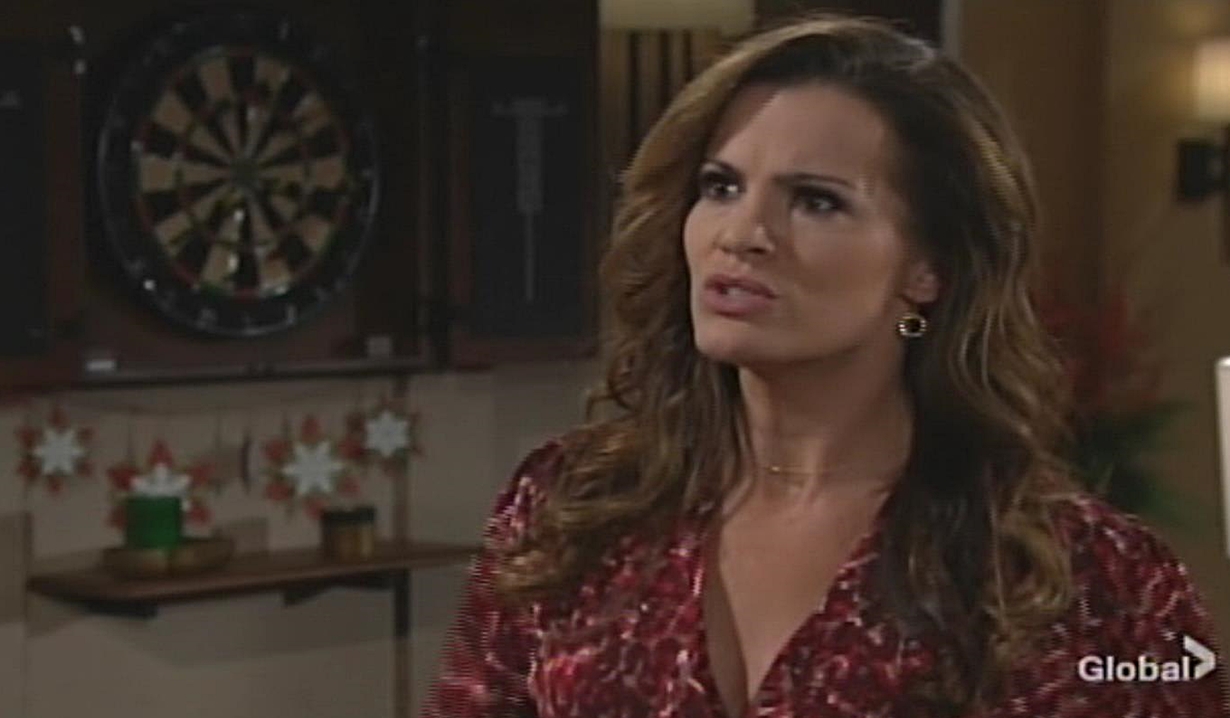 At Society, Phyllis meets Jack, who was surprised by her invitation. They spot Adam and Jack realizes she’s still upset with him. Adam greets Jack and Phyllis snarks. 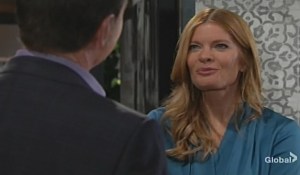 After, Jack asks what she’s plotting and what Adam did to her. Phyllis keeps mum, then reveals she wants to repair their friendship. Jack muses about their history. Phyllis acknowledges she was horrible to him and apologizes again. Jack’s glad the pain’s behind him and feels blessed. Phyllis tears up as he confirms they’re friends.

At Nick’s place, he tells Chelsea that Adam tried to get Phyllis to seduce him. She can’t understand why and fumes that Nick didn’t tell her sooner. Nick asks what they’ll do about it. Chelsea will deal with it since she was the ‘prize’ and exits.

At Jabot, Theo and Summer present a contest idea to Kyle to sign off on. 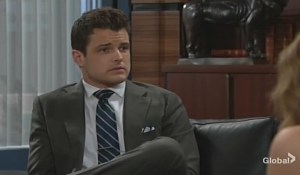 Kyle compliments Theo, who thinks that must have been painful. Lola arrives with takeout and it comes out that Theo’s been taste-testing her recipes. Later, Summer and Theo watch Lola and Kyle kiss. Theo accuses Summer of wanting Kyle’s affections as she needles him about Lola. After Summer and Lola have gone, Kyle and Theo bicker about the project and Jack walks in as they’re snarling about their past in New York. Jack wants to speak to Kyle alone.

At home, Devon takes a call from Jill, who arranges to come by later.

In Grand Phoenix, Jill disconnects from Devon and greets Chance, who’s checking in there so as to have his own space. She learns he had a terrific visit with Nina, and relays she spent time in Australia with his father, but hasn’t found Colin. Chance reveals he’s handed in his badge to work in Genoa City. 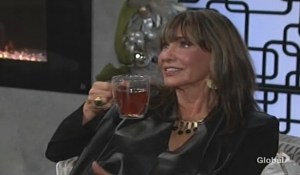 Jill, outraged, questions if it will be enough for him. Abby appears to ‘steal’ him for a moment, then Jill teases – she understands why he’s sticking around. Chance admits they’re dating, but it’s just fun. Jill’s happy if he’s happy, and vows to be around to meddle in his personal life. Later, Abby flirts with Chance about a favor but gets called away. She returns and asks him to be her date to her Abbott/Newman New Year’s Eve party. He’d love to.

Jill embraces Devon in his penthouse. He assures her he’s okay, but she knows it was his first Christmas without Neil, which had to be rough. Devon admits it’s not the same, but Elena’s been a rock for him. Jill learns they’re heading to London and expresses regrets about Colin swindling him. She promises to get his money back. Devon’s still unconvinced Cane’s on their side and vows whoever’s involved will pay.

Chelsea blows into Adam’s penthouse and confronts him about asking Phyllis to sleep with Nick. He admits it was a cheap move he regrets, but he can’t take it back. Adam claims he was desperate to fix things and never thought she and Nick would last. Chelsea steams over him trying to decide her future. Adam thinks she’s conflicted deep down and professes his love. Chelsea rants about him involving Phyllis. Adam asks Chelsea to open her heart and admit she loves him. Chelsea thinks he’s confused and wants Connor’s mother, not her. Adam needs her; needs their family reunited. Chelsea pleads with him to stop chasing the past. Adam knows Nick made her feel safe, but he can make her feel whole.

At Crimson Lights, Phyllis spies Nick, who reveals he told Chelsea what Adam tried to do. He knows Adam will say anything to minimize the damage. Phyllis realizes he’s afraid she’ll buy it. Nick admits it but won’t discuss it further. They’re discussing their friendship as Summer arrives. Nick gets called to New Hope and Summer asks, “Really? Dad, again?” Phyllis denies it – her father’s life is too complicated. 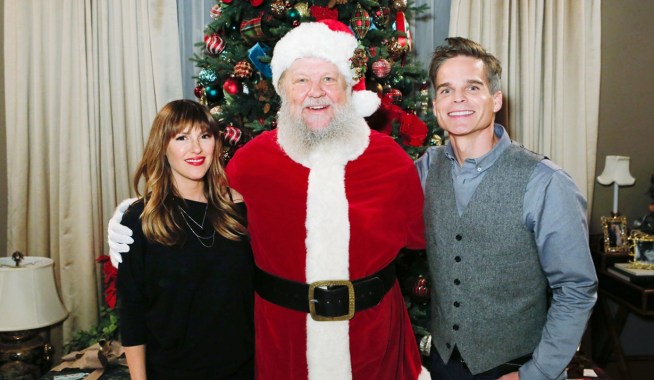 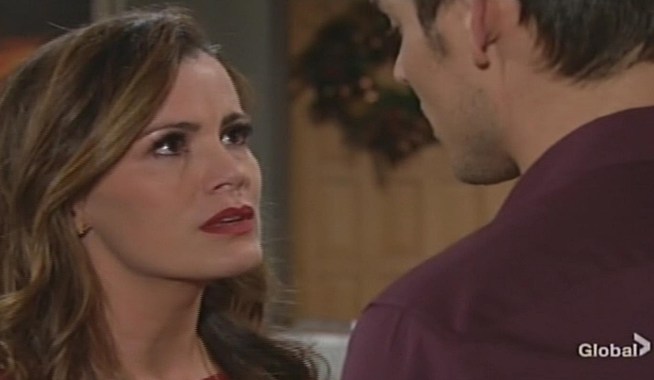